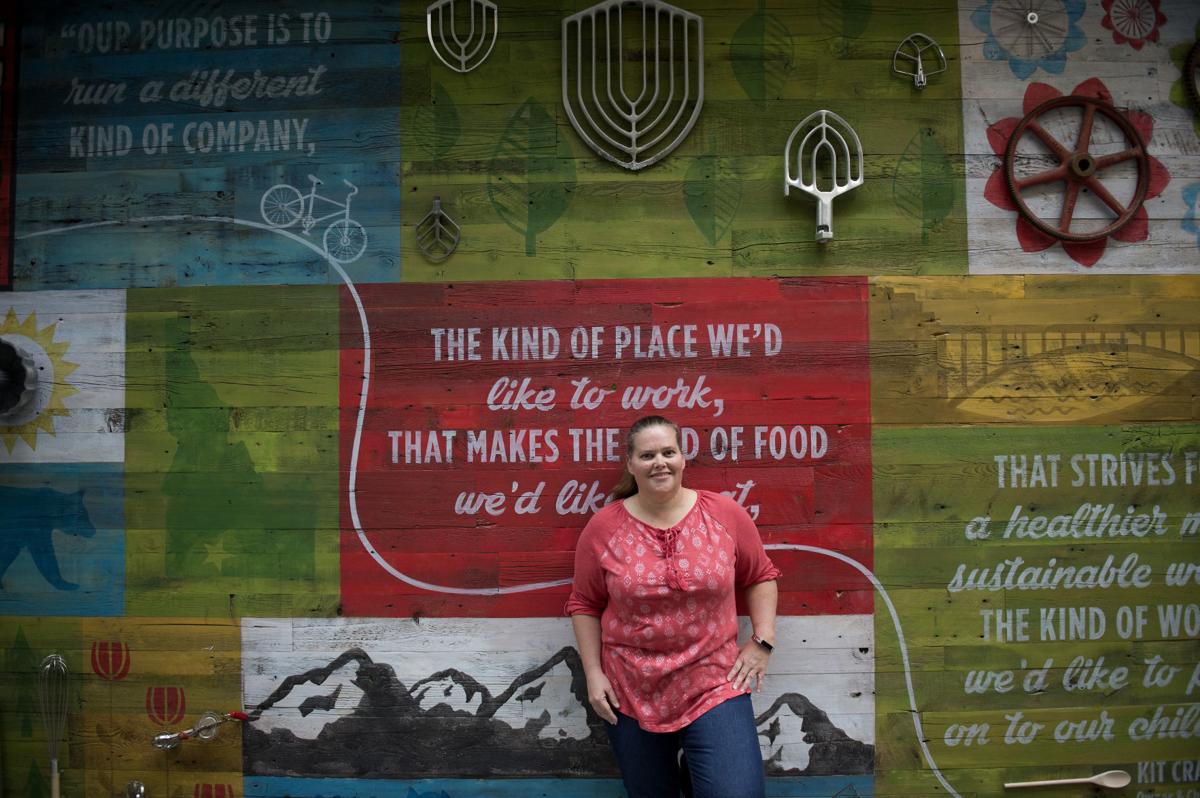 Christina Wilson has her photo taken Tuesday at Clif Bar in Twin Falls. Wilson does computer aided drafting work at the company. 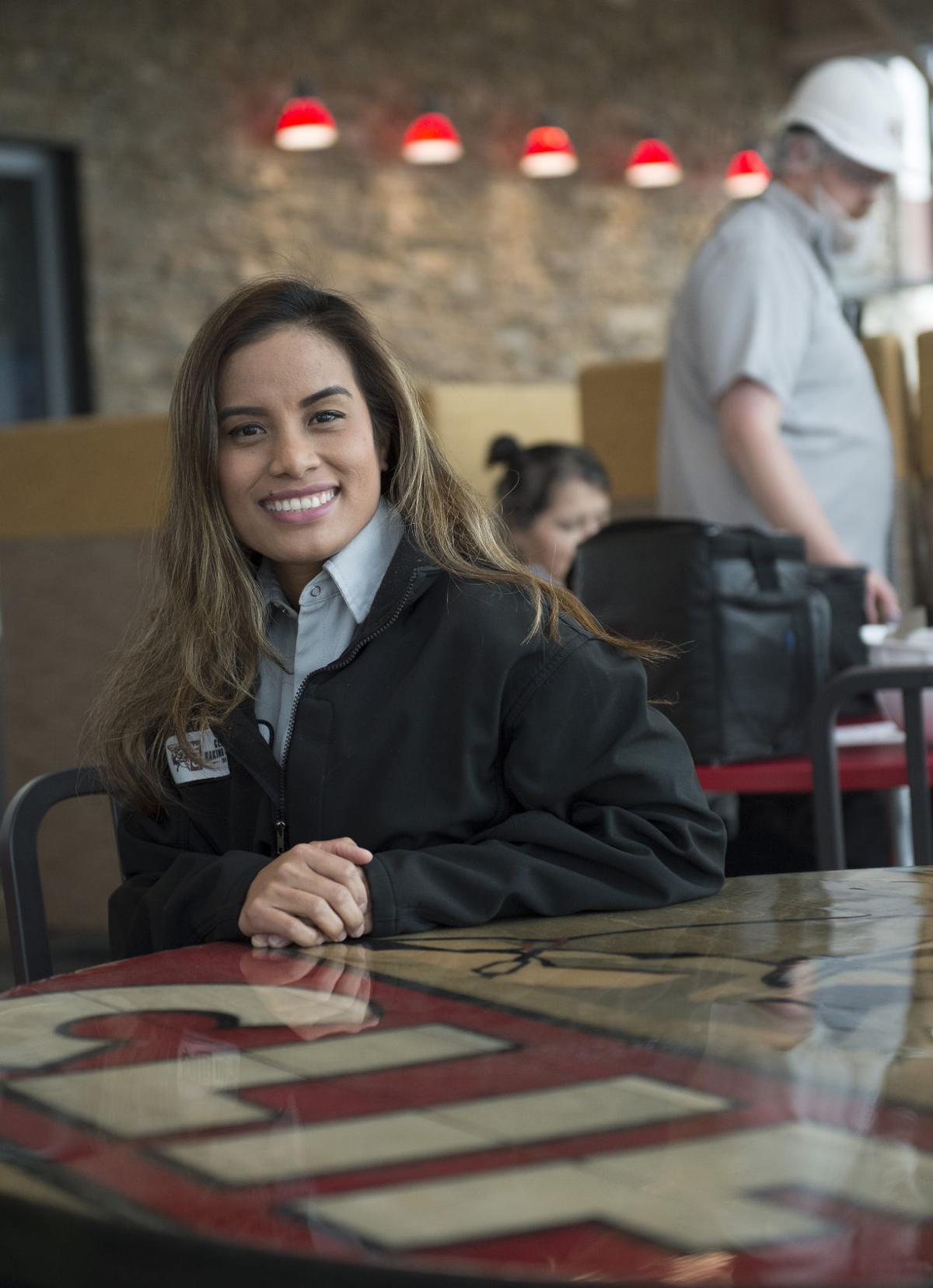 Jayleen Miller has her photo taken Tuesday at Clif Bar in Twin Falls. Miller works in sanitation and makes more money than in her previous job. 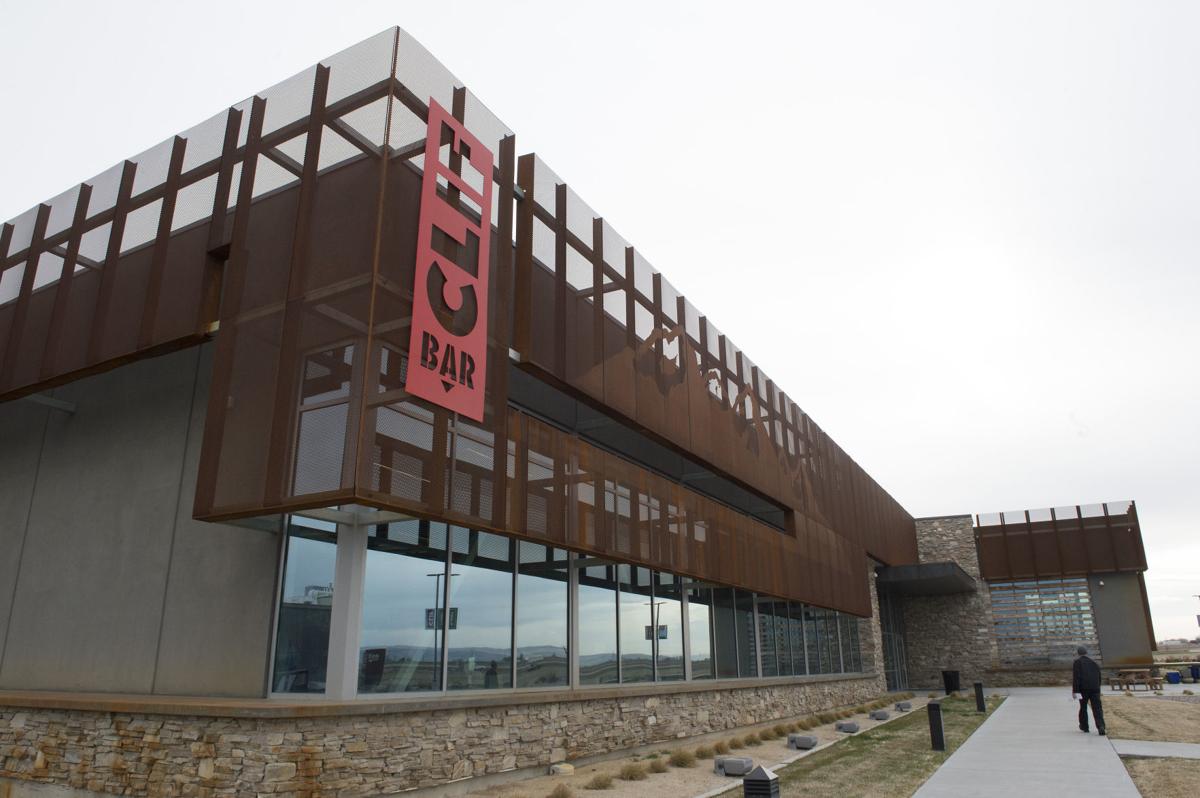 A man heads toward the entrance to Clif Bar in Twin Falls.

The young Twin Falls resident had been working customer service at a loan agency when many of her customers talked to her about Clif Bar. Miller, who had previous temp experience at Chobani, decided to apply for a sanitation job at the bakery when the opportunity came up in the spring of 2016.

Though the benefits were what really drew her attention, the higher wages were certainly appreciated.

With help from a company incentive, she bought a 2013 Toyota Prius. And she saved up for that travel trailer she’d been wanting.

Miller isn’t the only Twin Falls resident now benefiting from a higher-paying job. The Bureau of Economic Analysis in March reported that Idaho led the nation in earnings increases from 2016 to 2017 — and local data shows that in Twin Falls County, average wages are still on the rise.

“The wages increased in part due to the growth in employment,” Idaho Department of Labor Regional Economist Jan Roeser said in a statement. “As more jobs are created, more folks are working, reducing the labor pool. Because we’re in a tight labor market, employers are increasing their wages to retain existing and attract new workforce.

But Idaho’s wages still lag behind the rest of the country. In 2017, Idaho ranked 44th in the U.S. for per capita personal income. The average wages in south-central Idaho and Twin Falls County were even lower than the state’s.

Clif Bar, which opened its Twin Falls bakery in 2016, employs just shy of 300 workers. When production started, the bakery had 220 employees, but it since added a third line and went to a 24-7 operation on two production lines.

The company offers what it calls a “living wage” — where the lowest paid wage at the company is enough to support a family of four with two wage-earners, General Manager Dale Ducommun said.

“Everyone believes that’s the right thing to do,” he said.

Even so, Clif Bar takes stock of the competitive market and adjusts wages about every two years.

“We are thinking of moving it to an annual basis because of the market how it is,” Human Resources Manager Susan Potucek said.

But for today’s workers, even higher wages aren’t necessarily enough to encourage them to change jobs.

‘The cherry on top’

Christina Wilson had been working for Lamb Weston for several years when she heard about Clif Bar coming to town.

“I waiting and waited until they broke ground,” said Wilson, who had been doing computer-aided drafting.

And then, in September 2016, her dream job opened up: a similar position with more responsibilities and learning opportunities at Clif Bar.

“I told my boss ‘This is my job. Call me,’” Wilson recalled about her job interview.

What made Clif Bar so attractive? It wasn’t the wages. Though slightly higher than her previous job, they were just the “cherry on top,” she said. What she’d been waiting for was a company where she felt like family.

“You don’t want to feel like a number at a company,” she said. “With a lot of the manufacturing companies around, that’s what you feel like.”

At Clif Bar, she said, you feel like you can truly be yourself. In fact, it’s expected. Interviews at Clif Bar may include questions such as “What is your favorite Disney princess?” — things that can’t be learned from a resume, Ducommun said.

“As a company, we want the whole self,” Potucek said.

At the end of each year, the company recognizes people for “just acting the way we wish everyone would perform.” Miller last year got an award for how she interacts with other people. The award itself came with a monetary bonus.

Other incentives the company offers includes a stipend for energy-efficient vehicles, paid time to work out and employee stock. Workers also get paid days to do service projects in the community.

Clif Bar certainly isn’t the only Magic Valley company that boasts of competitive wages. As unemployment continued to decline in 2017, Amalgamated Sugar raised its starting wage for harvest positions and Jerome Cheese Co. sent out flyers advertising its starting wages increased as much as $4 per hour or more.

The city of Twin Falls also got on board. In February 2017, the city raised wages for cops and firefighters, and all city employees got pay increases in October.

Police Chief Craig Kingsbury said it’s a little early to tell whether the raise has helped with employee retention. As of this week, all but three of 77 allocated positions in his department were filled.

“I think that the pay scale did a lot to increase morale and meet the financial needs of the police officers within the department,” Kingsbury said.

He still lost one officer to Meridian about a month ago, but that officer took a pay cut to move where his family wanted to be. The Twin Falls police department tries to be competitive with Treasure Valley agencies, specifically Meridian and Nampa, Kingsbury said.

The pool of available officers is shallow compared to previous years, he said, making it harder to fill positions.

When companies choose to offer higher wages, Ducommun said everyone benefits because employees have more money to spend in the community. He certainly hopes Clif Bar’s wages and philosophy will have an impact around the Magic Valley.

“I just think that companies need to realize that in order to attract and recruit people, they need to change their philosophy on how they treat people,” he said.

“There aren’t enough people for the jobs that are out there,” Potucek said. “We are all recruiting from the same pool, so we have to be competitive.”

Here are the average annual wages from the fourth quarter 2016 to third quarter 2017, with the year-over-year change.

'We have reached a new normal.' South-central Idaho's unemployment rate was 2.5 percent in February.

TWIN FALLS — Idaho labor analysts are examining unemployment figures across the state and asking themselves, can it get any lower?

TWIN FALLS — The Magic Valley has topped 100,000 workers for the first time, according to new statistics from the Labor Department.

Report: Idaho counties had rising wages, employment in the first quarter of 2017

BURLEY — New apprenticeship programs are being developed in Mini-Cassia that will allow students to test drive a career, learn skill sets for …

TWIN FALLS — As the state’s unemployment rate ticked down in March, south-central Idaho’s rose slightly — but its unemployment claims decreased.

RSVP now for May hiring event

JEROME — The Idaho Department of Labor invites Magic Valley employers to reserve their spots for an upcoming hiring event in Jerome.

There were more than 101,000 workers in South-Central Idaho last month. Only 2,500 of them weren't working.

TWIN FALLS — Six of south-central Idaho’s eight counties had their lowest-ever April unemployment rates over the past 40 years. Only Gooding a…

Organizations partner to connect veterans with jobs in south-central Idaho

TWIN FALLS — As the state and region turn their attention to talent recruitment, Southern Idaho Economic Development Organization is exploring…

Eight-county unemployment at 2.6 percent in May

TWIN FALLS — The Chobani Foundation will provide $160,000 for scholarships to the University of Idaho to help educate the next generation of d…

TWIN FALLS — It’s the same yogurt, but in a trendy new packaging.

Christina Wilson has her photo taken Tuesday at Clif Bar in Twin Falls. Wilson does computer aided drafting work at the company.

Jayleen Miller has her photo taken Tuesday at Clif Bar in Twin Falls. Miller works in sanitation and makes more money than in her previous job.

A man heads toward the entrance to Clif Bar in Twin Falls.