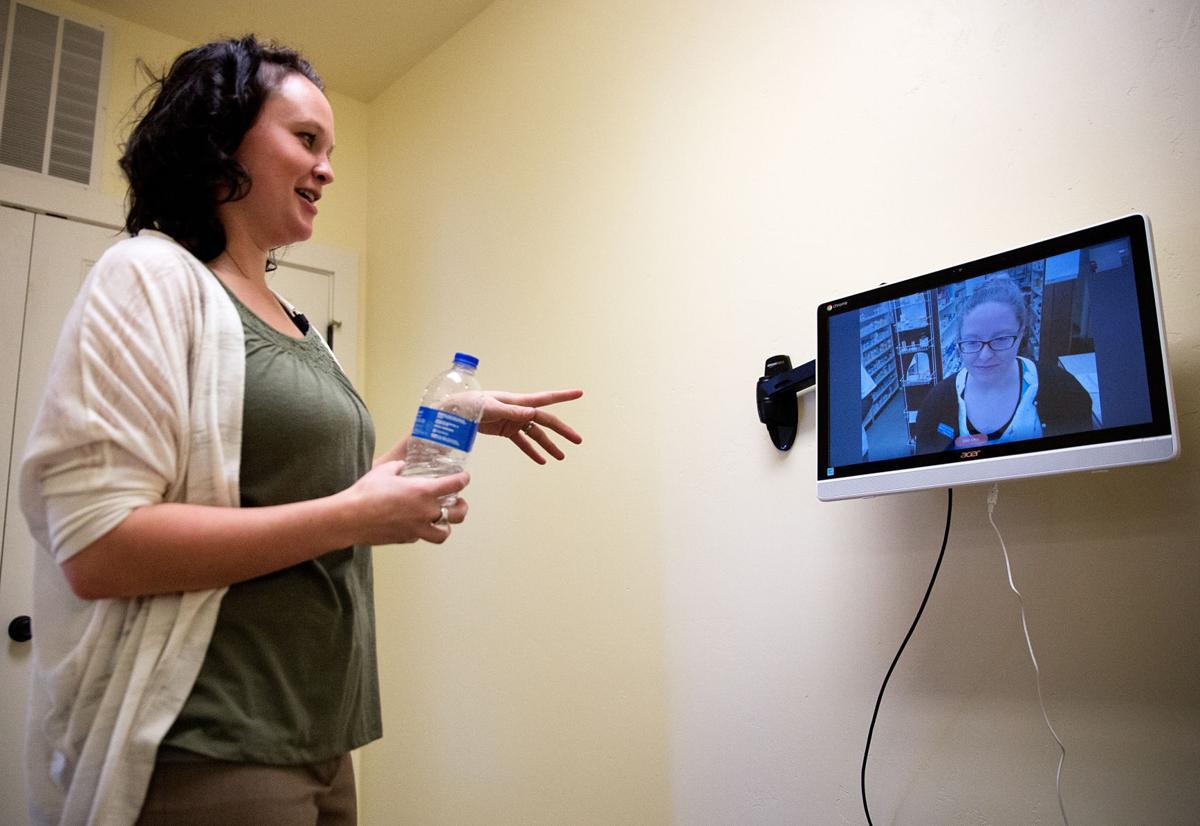 Pharmacy Technician Ashley Garcia consults with a pharmacist through a video conference Tuesday at Shoshone Pharmacy. 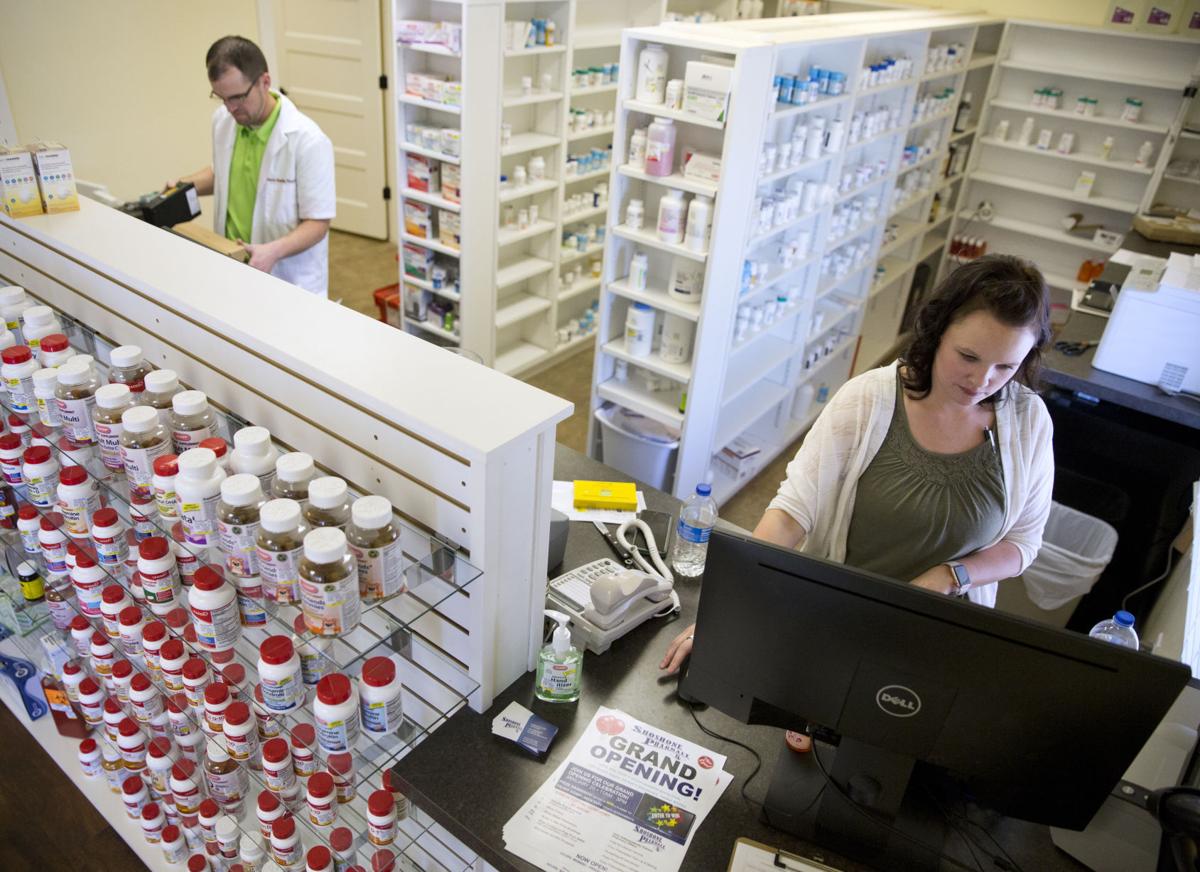 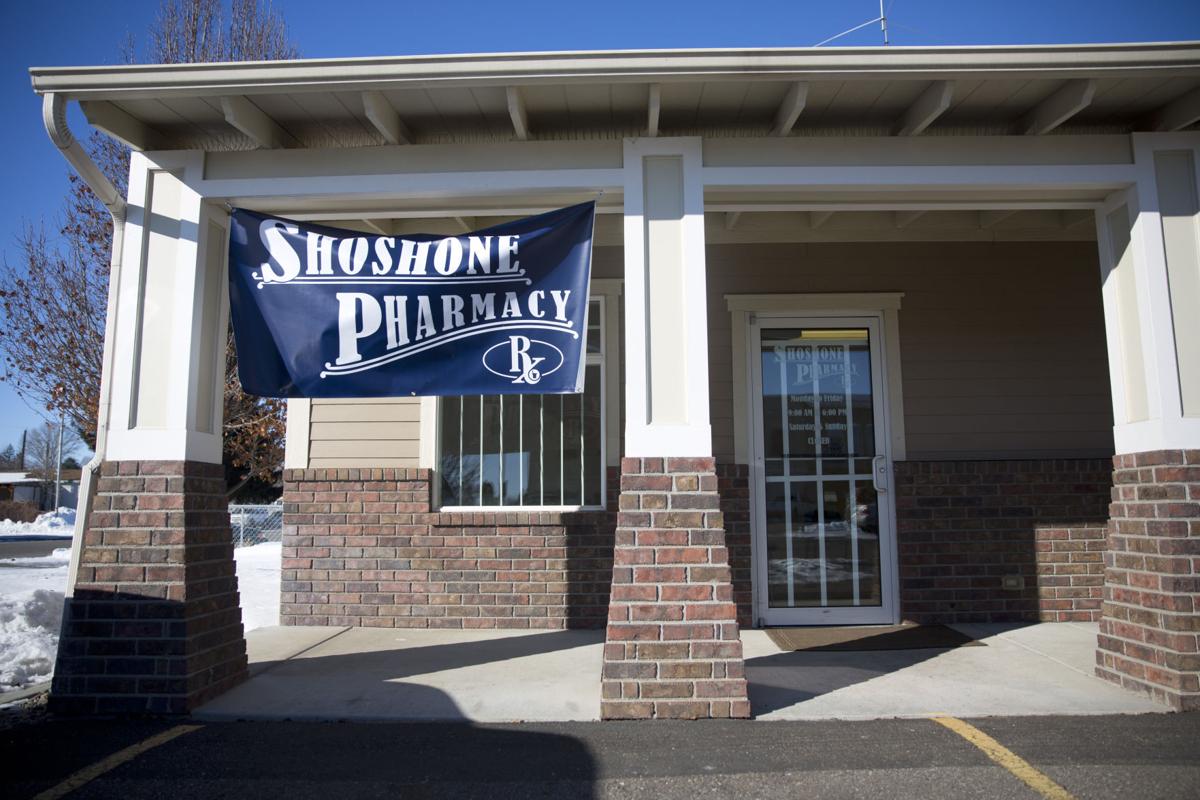 SHOSHONE — For the first time in 15 years, Shoshone residents don't have to travel to another town to get their prescription medications.

The owner says it’s the first telepharmacy in Idaho to open from the ground up — meaning it’s not affiliated with an existing hospital or clinic. It allows an off-site pharmacist to approve orders remotely and do consultations with patients using live video conferencing.

It will allow Shoshone’s 1,500 residents to fill prescription medications they rely on without having to travel to another town.

And beyond Shoshone, many Magic Valley hospitals use telemedicine services and are looking to expand their offerings.

Shoshone used to have a brick-and-mortar pharmacy, but it closed in the early 2000s because of diminished reimbursements on prescriptions, Reading said.

That problem has continued to this day, he added, but he’s able to operate a new telepharmacy by using technology to reduce staffing costs.

So far, there has been “a really good response,” Reading said, but he’d love to see more people use the pharmacy. “A lot of people don’t know we’re here.”

Shoshone resident Clair Granquist has been to the pharmacy multiple times and said she’s “very excited” it’s in town. Recently, her children got sick and then she picked up a virus.

“I really like them,” she said about Shoshone Pharmacy. “I don’t see any reason for me to travel unless there’s a medication they don’t have.”

The staff is “incredibly friendly,” Granquist added, and they recognized her fairly quickly.

Before the new pharmacy opened, Granquist drove to Ridley's Family Markets in Gooding to fill prescriptions.

“It was such a pain,” she said, to drive 17 miles each way out of town. And if your child has pink eye and is screaming, “the last thing you want to do is go out of town and carry them into a grocery store.”

After coming up with the idea for a telepharmacy, Reading got approval from the Idaho Board of Pharmacy.

The board allows telepharmacies only in towns where there isn’t a brick-and-mortar pharmacy, Reading said. “It’s a great opportunity for small towns.”

The Idaho legislature passed a bill in 2015 — which was signed into law — outlining benefits and the acceptable use of telemedicine in Idaho. It still relies on regulatory boards, though, to provide oversight.

Reading — who also owns Gooding Pharmacy and R&R Pharmacy in Jerome — chose Shoshone for a telepharmacy because he saw a lot of the town’s residents at his other locations.

Shoshone Pharmacy is staffed by two technicians at a time. “It runs just like a normal pharmacy,” Reading said. A pharmacist is often on site two or three days a week, too.

Drug utilization reviews are handled remotely by a pharmacist in Gooding. Once that’s done, a pharmacy technician in Shoshone gets an OK on a computer screen to dispense medication to a patient.

Idaho law requires a consultation with a pharmacist for every new prescription medication a patient receives.

At Shoshone Pharmacy, there’s a separate room for consultations with chairs and a wall-mounted flat-screen monitor.

With the touch of a button, the system allows patients to communicate with a pharmacist in Gooding using a two-way audio and video feed.

“It’s right across the street, which is very convenient for my patients and anyone who needs a prescription filled,” he said.

Davis starting pursuing a telepharmacy project in Shoshone through Idaho State University’s Bengal Pharmacy. But then he heard about Reading's plans.

And Davis was using a system called Allscripts — approved by the Idaho Board of Pharmacy — to allow him to dispense certain medications at his office.

He had a small inventory of medications, such as antibiotics. “It wasn’t for ongoing chronic medications, but for acute illness,” he said.

But now, he plans to let Shoshone Pharmacy take the lead on dispensing medications.

Activities: Ribbon cutting ceremony by the Lincoln County Chamber of Commerce at noon, refreshments, door prizes and giveaways, and a grand prize drawing for a plasma television.

Tyson Frodin is the only regular pharmacist at the hospital. He works from 7 a.m.-3:30 p.m. Monday through Friday. But there's 24/7 coverage with remote pharmacists.

“It was our way of decreasing costs as well,” Frodin said, and making pharmacy coverage more affordable for small hospitals.

Participating hospitals are charged based on the number of orders processed each month.

There's a couple of telehealth programs and “a lot that are currently in the works,” said Krista Stadler, senior director for telehealth services.

It allows physicians with certain specialties – or employees such as diabetes educators - to connect with patients across the health system.

Why?: St. Luke’s launched the service about four years ago using a Centers for Medicare & Medicaid Services innovation award, to decrease time patients spend in the ICU and hospital, and mortality rates.

There’s also a shortage of medical providers who are trained in critical care, Stadler said.

The hospital started using a telemedicine program for its intensive care unit in April through its parent organization, Intermountain Healthcare.

Since April, Cassia Regional has used the tele-ICU service nearly 3,000 times, generally with every ICU patient.

The hospital plans to expand its telemedicine offerings Feb. 1, with the addition of stroke care.

With the click of a computer icon, a neurologist will be able to do a stroke assessment remotely with the help of bedside staff and a provider.

Many patients aren’t aware of the hospital’s telemedicine services, ICU manager Jerilyn Maughan said. “We educate to that when they come in.”

Pharmacy Technician Ashley Garcia consults with a pharmacist through a video conference Tuesday at Shoshone Pharmacy.