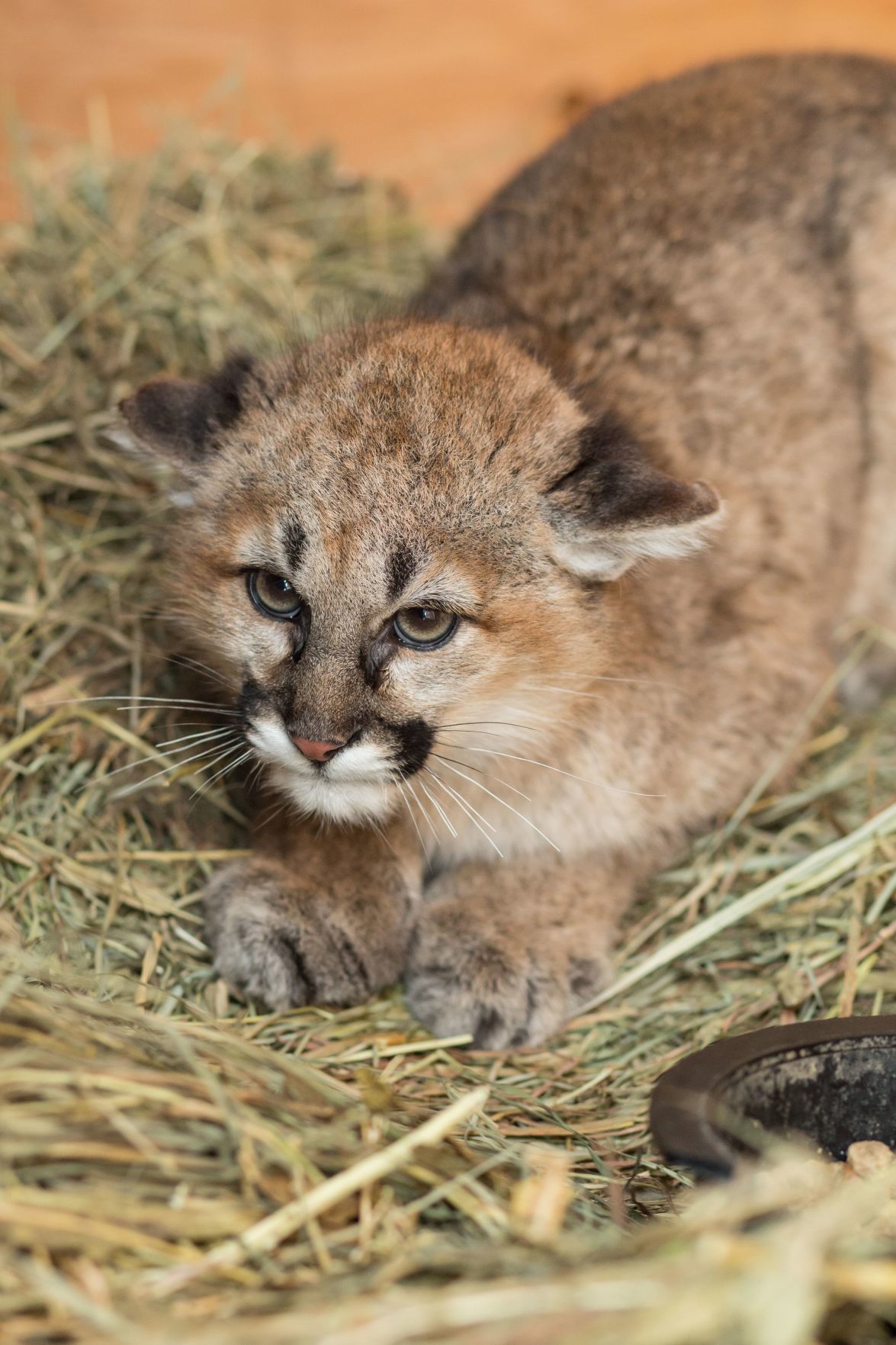 Mountain lion kittens recently found in Murtaugh and Hailey were captured and sent to out-of-state zoos.

Idaho Department of Fish and Game officials recently captured three mountain lion kittens in two separate incidents, one in Twin Falls County near Murtaugh, the other in the Wood River Valley near Hailey.

All three kittens were monitored prior to capture to ensure there was not a female lion in the area. After capture by Fish and Game staff, the kittens were held and cared for while attempts were made to locate a suitable facility that could take them long term since release back into the wild was not an option.

Once caught, Fish and Game’s wildlife veterinarian from Boise conducted health checks on all three kittens. All three kittens were found to be healthy.

One kitten was found in an alfalfa field south of Murtaugh after it had earlier been treed by a neighborhood dog. After repeated attempts to locate the female lion, it was determined that she was no longer in the area. The status of the female is unknown. The medical examination found that the kitten is a female, and weighs 15 pounds. It is estimated to be three months old. The kitten has been placed in an accredited zoo in El Paso, Texas.

Two sibling kittens were trapped north of Hailey after they were found to be in a neighborhood for several days without an adult female. Once trapped, they were held for observation. The medical examination found that both kittens were female and weighed approximately 18 pounds. They were estimated to be three to four months old. Both kittens have been placed in an accredited zoo in San Diego, California.

According to Regional Wildlife Biologist Sierra Robatcek, “the decision to trap these young mountain lions was necessary because they were too young to forage and live on their own without a female lion. Mountain lion kittens typically stay with the female for 12 – 18 months.

“It is extremely difficult to find facilities that will accept wildlife, like these three young mountain lions,” Robatcek said. “The Department was very pleased that these two facilities were able to accept the kittens and place them within their wildlife exhibit spaces.”

Blaine County doctor: ‘What I’m seeing is very scary in our emergency department’

Patients with serious illness from the new coronavirus are pouring into the hospital in rural Blaine County — and it’s a situation that could become dire if the public fails to follow a statewide isolation order, an emergency room physician has warned.

The Idaho State Board of Education will debate closing its public schools for the rest of the academic year during a special board meeting Monday.

South Central Public Health District have confirmed more than one case of novel coronavirus with no out-of-state travel and no identified contact with another person with confirmed COVID-19.

Governor Little: ‘Life will not go back to normal for a long time’

Idaho Gov. Brad Little said Thursday night that he expects to add some sort of action on top of the 21-day, stay-home order he issued March 25.

Magic Valley rocked by earthquake: Stanley, near epicenter, appears to be OK

“It’s a cool experience,” a CSI geology professor said about the quake. “You got to feel an earthquake that wasn’t damaging.”

Mountain lion kittens recently found in Murtaugh and Hailey were captured and sent to out-of-state zoos.