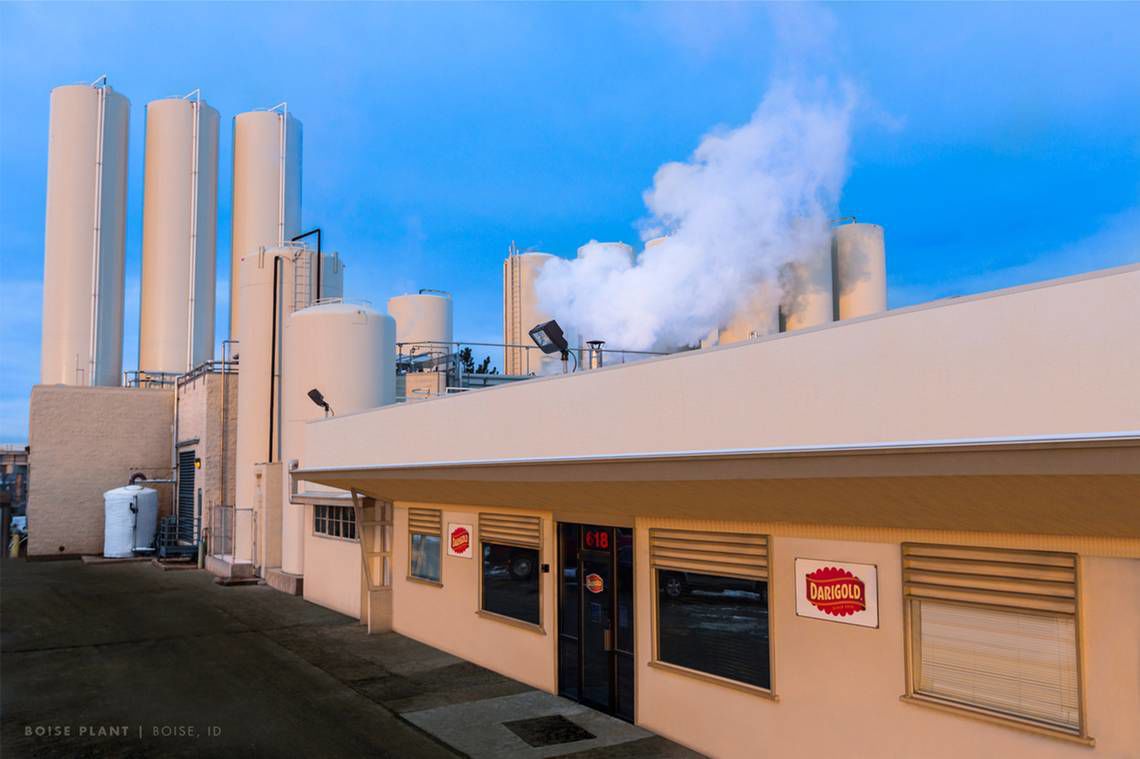 Darigold has operated in Boise since 1930. A $67 million expansion will allow the Seattle-based cooperative to process its Fit milk.

An expansion at Darigold’s Boise dairy plant will allow the company to begin bottling its FIT milk in 14-ounce, shelf-stable plastic bottles.

BOISE — The Pacific Northwest’s largest dairy says it will spend $67 million to expand its plant in Boise to produce a lactose-free milk with more protein than conventional milk and less sugar.

Darigold Inc., a farmer-owned cooperative based in Seattle, said Thursday that it will begin processing its Fit brand of milk at the Boise plant at 618 N. Allumbaugh St., south of the I-184 Connector near Emerald Street. Darigold hopes to open the new bottling line this fall.

“This is the largest investment we’ve made in our business in nearly 15 years,” Duane Naluai, senior vice president of Darigold’s consumer products, said in a phone interview with the Idaho Statesman. “This investment should indicate to the people of Idaho and in the community around Boise that we’re making an investment to stay for the long term.”

Darigold, which has processed milk in Idaho since 1930 — 12 years after the cooperative formed — has plants in Boise, Caldwell and Jerome. The Caldwell plant specializes in butter production. The Jerome plant produces nonfat dry milk powder.

Darigold, which has 1,720 workers companywide, said it will add 15 new employees to operate the line. The Boise plant has 143 employees, not counting drivers. The other two Idaho plants have 232 employees.

Darigold is the brand of milk products from cows owned by the 429 farmer-members of the Northwest Dairy Association in Idaho, Washington, Oregon and Montana.

The cooperative introduced Fit milk last March. Available in half-gallon cartons in whole milk and 2% and 2% chocolate, it is now produced at Darigold’s Portland plant.

“It provides 75% more protein than your conventional variety of milk and it has 40% less sugar,” Naluai said. “But one of the things we’re really proud of is that it’s also great-tasting.”

The milk processed at the Boise plant will be packaged in 14-ounce plastic bottles that will be shelf-stable. They won’t require refrigeration until after the bottles are opened.

Naluai would not say how much Fit milk has been sold since it debuted. He said production has doubled in the past six months compared with the first six months.

He also declined to provide the company’s goals for Fit when it starts being produced in Boise. Darigold eventually hopes to market that brand of milk nationwide, he said.

Fit was developed in response to consumer desires for healthier products that taste good and are convenient, he said.

“Darigold Fit is a great example of the kind of new thinking that is revitalizing dairy, and we’re proud of the investment Darigold has chosen to make,” Karianne Fallow, CEO of Dairy West, said in a news release.

Editors at Dairy Foods magazine, which follows the industry, named Darigold Fit their favorite new dairy product among hundreds they reviewed in 2019.

Liquid milk consumption in the United States has dropped more than 40% since 1975, according to yearly figures from the U.S. Department of Agriculture. Back then, Americans drank 29 gallons of milk a year. By 2000, that was down to 23 gallons. In 2018, it was just 17.

Cereal in milk used to be a breakfast standby, but protein bars, yogurt and convenience foods have replaced it in many households.

Changing milk habits have devastated large segments of the industry.

Dean Foods, which owns Meadow Gold, reported a net loss of $79.4 million in the quarter ending Sept. 30. It’s the country’s largest milk processor by sales, selling $4.8 billion worth of milk in 2018, the Wall Street Journal reported.

Dean Foods’ largest customer is The Dairy Farmers of America, which markets nearly one-third of the milk sold in the U.S.

DFA is working to buy Dean Foods, but the deal is receiving scrutiny from federal antitrust regulators, the Journal reported.

Much of Darigold’s success, he said, is due to its focus on high-demand products such as bulk butter and cheese, whey powder and nonfat dry milk. It’s less dependent on liquid milk than some of the dairies that have struggled.

Forty percent of Darigold’s products are exported, providing another source of revenue. Projections call for that to rise to 50% before the end of this decade.

The company ships to 25 countries around the world. Powdered milk, for example, is in high demand overseas.

BASE jumper body found near Pillar Falls; Austin Carey had been missing since June 18

PARK CITY, UTAH — A 9-year-old Jerome boy was found safe Thursday after he spent the night alone in the mountains.

JEROME — Idaho State Police is investigating a crash westbound on Interstate 84 at milepost 169, one mile east of the east Jerome exit.

Three people were injured Thursday in a crash on Interstate-84 near the Jerome exit.

Aaron W. Keller, 30, of Spring Creek fired at the trooper and was killed just moments after he was pulled over at 12th and River streets, according to Col. Daniel Solow, chief of the NHP.

Darigold has operated in Boise since 1930. A $67 million expansion will allow the Seattle-based cooperative to process its Fit milk.

An expansion at Darigold’s Boise dairy plant will allow the company to begin bottling its FIT milk in 14-ounce, shelf-stable plastic bottles.