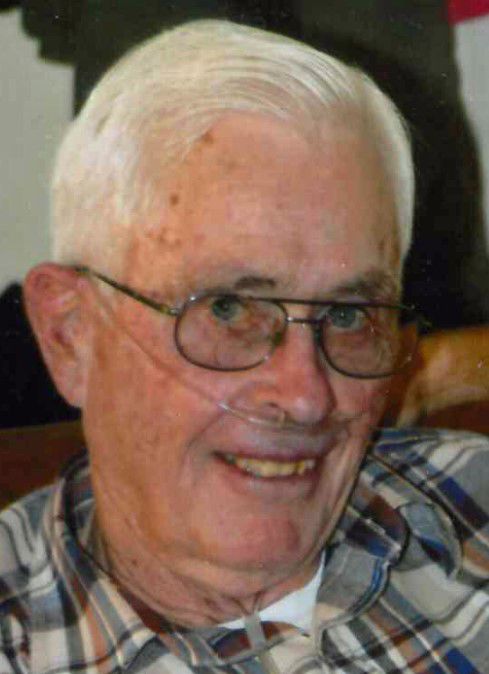 RUPERT—Steven R. Johnson, 78-year-old Rupert resident, passed away Friday, May 8, 2020 at his home in Rupert.

He was born on July 31, 1941, the eldest son of Robert Lamont Johnson and Alice Loueen Dickson Johnson. He married Donna Rogers in 1961 and together raised their three daughters on a small farm in Rupert. His employment years were farming, plus the irrigation business where he was one of the first employee’s and instrumental in building the Rain For Rent business in Paul, Idaho. He later changed occupation and joined the construction business, working for Bradshaw Construction until his retirement in 2003.

Steve’s passion in life was racing his beloved thoroughbred horses, many of which he bred and raised on his farm. Many happy days were spent riding and elk hunting with his sons-in-law and grandkids. In his later years, he traded his boots and saddle for a boat and fishing pole.

He is survived by his wife, Donna; daughters Lisa (Dennis) Matlock, Amy (Brad) Cook, Benny (Mark) DeWald; three brothers, Tim, Vance and Rick; two sisters, Kathleen Rensvold and Janet Hobbs; eight grandchildren and 21 great grandchildren. He was preceded in death by his parents, and brother-in-law Harlan Rensvold. Steve didn’t believe in life after death, He believed in life before death and lived it fully. He will live on in the memories of those left behind, his children and grandchildren and those who knew him well. A special thank you to Minidoka Home Health and Hospice for caring for Steve in his final hours.

Graveside services were held Friday, May 15, 2020 at the Rupert Cemetery. In lieu of flowers, family suggest memorials be made to the Rupert Senior Citizen Center, 702 11 Street in Rupert, ID 83350.

Arrangements are under the direction of Morrison Funeral Home, 188 South Hwy 24 in Rupert.