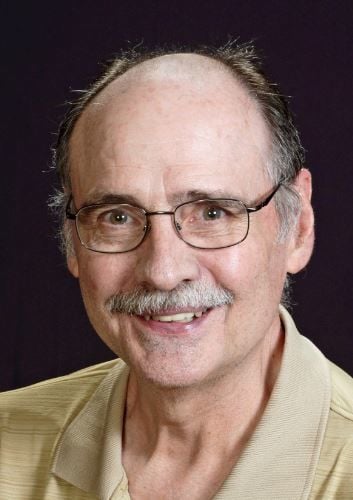 Jerry McGregor, 66, of Rupert passed away June 25, 2020 from a sudden and unexpected heart attack. He was born May 6, 1954 in Salt Lake City, Utah to Donald and Leola McGregor. In his early years, Jerry was an Army brat having moved around to several different bases including Ft. Benning (Georgia), Ft. Ord (California) and Hawaii. At the age of 8, his family settled in Paul, ID following the death of his father in the Vietnam War. He went on to attend schools in Paul and Minico High School.

Jerry married his high school sweetheart Sylvia Kraus on December 27, 1974 in Paul during a blizzard. They went on to be married for 45 years and were blessed with 2 sons, Shane and Nathan.

Jerry went on to join the Army right out of high school. His service time led him to bases in Alaska and Washington. In 1976 he was honorably discharged and relocated back to Rupert to raise his family.

Jerry went on to work for Kraft Foods in Rupert for 29 years. His time there led him to work several different positions and build long lasting relationships with his co-workers. He worked virtually all the different cheese lines and for several years was responsible for all forklift training at the plant. After the closing of Kraft in 2006 he went on to work for Dutchmen Trailer in Burley on the production line. In 2010 he was diagnosed with Muscular Dystrophy (MD) which limited his ability to work some tasks on the line. In 2013, Jerry retired with the announced closing of the Dutchmen facility.

As Jerry’s sons got older, he got back into Skiing after a 20-year gap of staying off the slopes. He became an avid skier, waking the boys up early on Saturday’s to head to Pomerelle frequently. He joined the Ski Patrol and went on to assist them for several years until his love of Skiing was taken away with his MD. His other passion was Bowling. He was a member of several men’s leagues, couples (with Sylvia) and was league Secretary and State Delegate for several years. He also enjoyed camping, fishing (when he could catch something), tried golf (not his thing) and spending time with his family.

He was a long-term active member of the Paul Congregational Church at the time of his passing.

He was preceded in death by grandparents, Father Donald; Step-father Gale Bailey, and Brother Terry.

In lieu of flowers the family is asking that Memorial contributions be given to the Congregational Church or your favorite charity.

Visitation will be held Tuesday June 30th, 5pm—6pm at Morrison Funeral Home, 188 S Highway 24, Rupert. Restrictions will be in place limiting the number of individuals allowed in the home at the same time as a result of COVID-19. A small graveside service will be held Wednesday July 1st, 11am at the Paul Cemetery with military honors provided by Mini-Cassia Veterans Group. Friends and Family who wish to attend should bring their own folding chairs to aid with social distancing protocols.

Additionally, in light of the unprecedented COVID-19 pandemic, the family is asking to limit attendance to close friends and family; and those who attend are asked to please wear a mask and comply with social distancing mandates. This includes avoiding handshakes, hugging (as much as we all want too). It’s important to take care and love each other with distance for the betterment of us all until we get through this pandemic. Arrangements are under the direction of Morrison Funeral Home, 188 South Hwy 24 in Rupert. God Bless