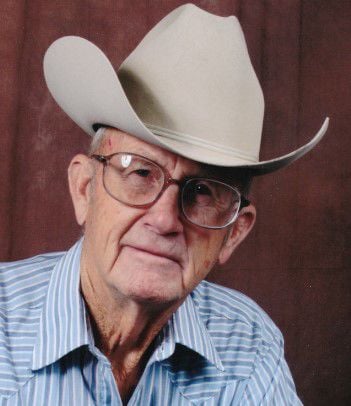 To plant a tree in memory of Donald Baird as a living tribute, please visit Tribute Store.

Donald Baird, 92, of Twin Falls, passed away on Monday, May 25, 2020 at the DeSano Assisted Living Home in Shoshone.

Donald was born on May 8, 1928 in Carey, Idaho to Earnest and Florence Baird. He had six sisters and two brothers.

Donald married Nettie Smith on May 8, 1948 on his 20th birthday. They were later sealed in the Idaho Falls Temple in May of 1971. They had celebrated 59 years together before Nettie passed away in 2007.

Donald was an extremely hard worker from a very early age. He gave his all and best effort to any employer that he worked for. One of his first jobs was working for Cenarrusa Sheep Co. He really enjoyed working for Earl Hutchinson on the Hillside Ranch with his rodeo stock. In 1958 he then began a career of working for Milford Sparks on his ranch out Fish Creek. In 1977 Donald and Nettie moved from Carey to Arco, where they managed the Royal Bakery and Café until 1983. They moved to Twin Falls where he began a new career in the fish industry. He worked from 1984 – 2005 at the Canyon Springs Fish Hatchery and Farms. Through the years he loved fishing, hunting, camping and trail rides. In later years he especially enjoyed long road trips throughout the Western States and Canada.

He was preceded in death by: his wife; his parents; five sisters; two brothers; and his son-in-law—Syd Wood.

He is survived by: his youngest sister – Cleone Arrington of Twin Falls; his children – Barb Wood of Pocatello and Rusty (Carolyn) Baird of Bellevue; six grandchildren and thirteen great-grandchildren.

A family graveside service will be held at the Carey Cemetery on Saturday, May 30, 2020.

Funeral arrangements are under the care and direction of Demaray Funeral Service – Gooding Chapel.

Condolences, memories and photos may be shared with the family by following the obituary link at www.demarayfuneralservice.com.

To plant a tree in memory of Donald Baird as a living tribute, please visit Tribute Store.

To plant a tree in memory of Donald Baird as a living tribute, please visit Tribute Store.
© Copyright 2020 Times-News, 132 Fairfield ST W Twin Falls, ID | Terms of Use | Privacy Policy
Powered by BLOX Content Management System from TownNews.com.
You don't have any notifications.