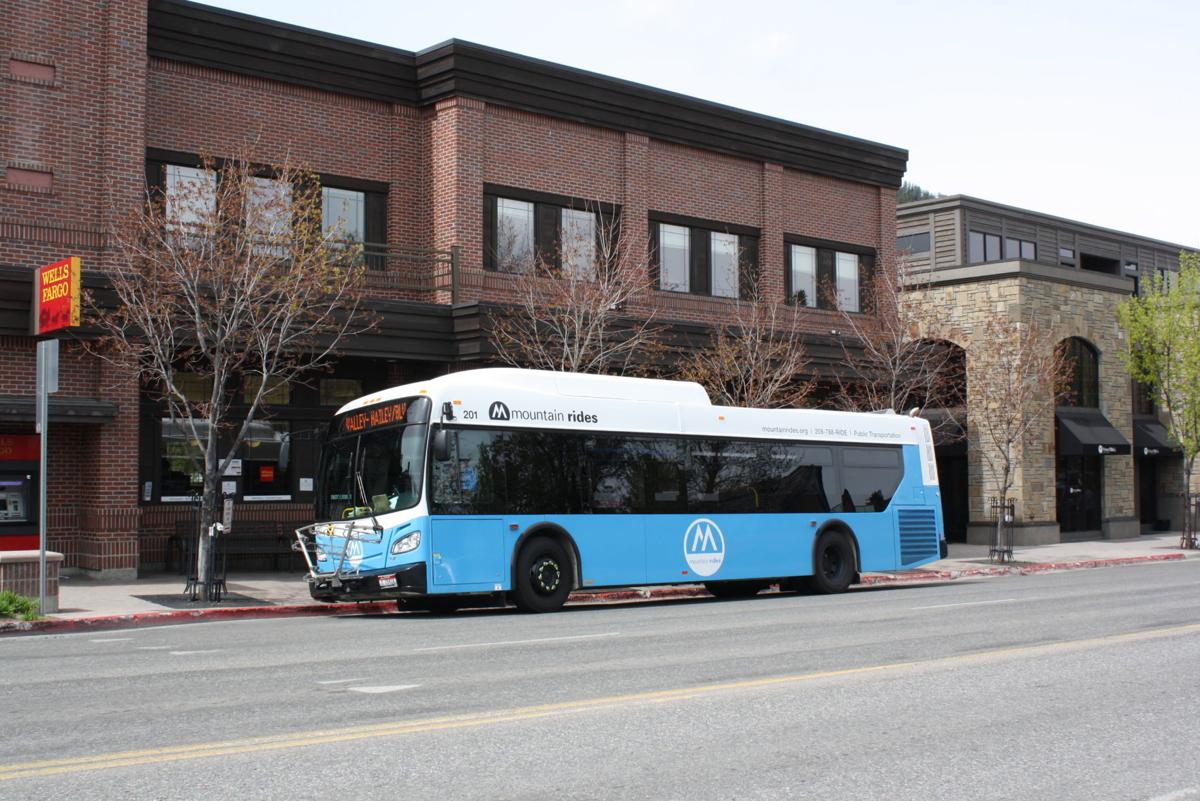 A bus sits at the Mountain Rides bus stop in Ketchum. 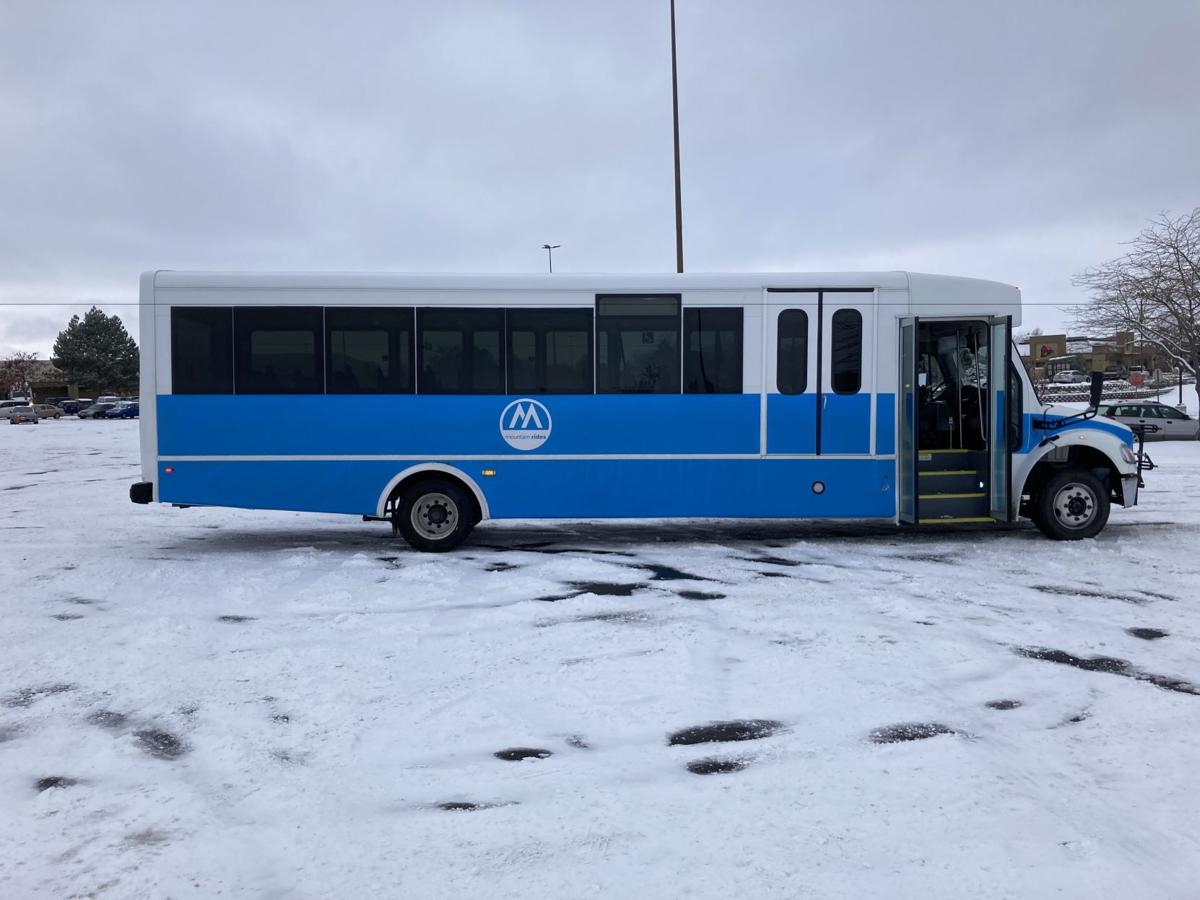 Mountain Rides will use the bus shown to transport Wood River Valley residents to Twin Falls for medical services through a pilot program. 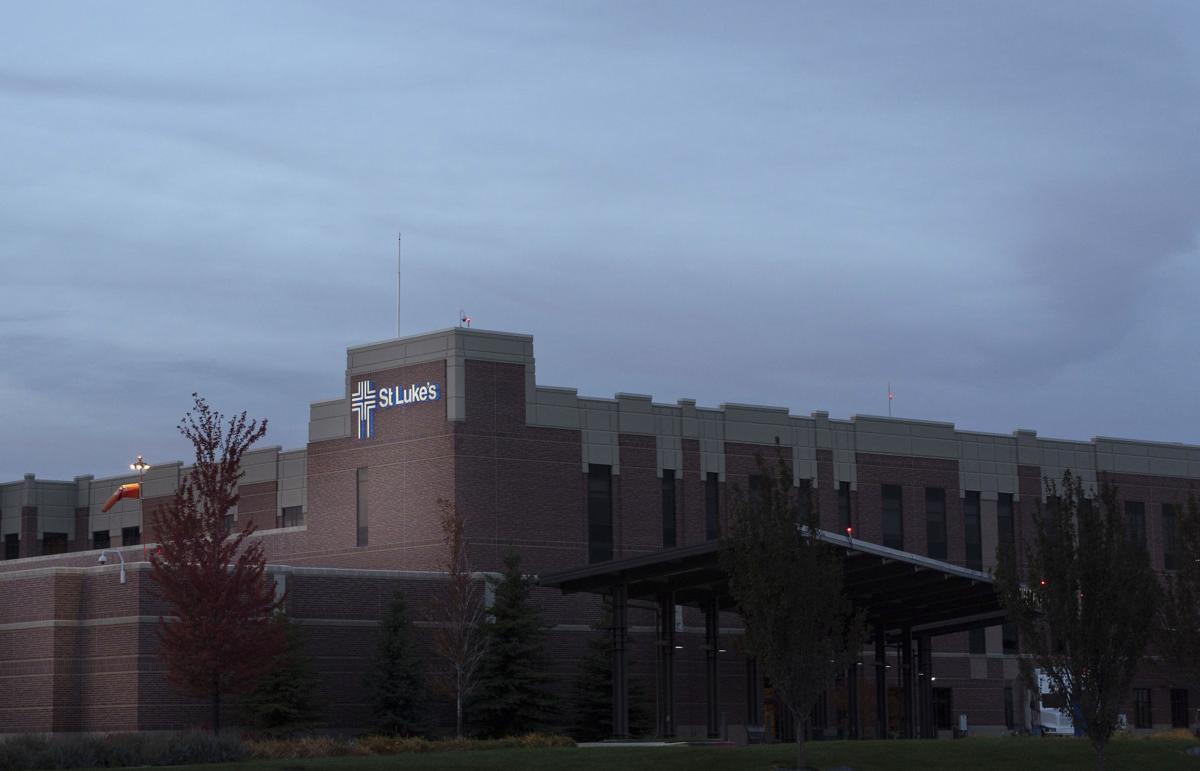 St. Luke's Magic Valley Medical Center is shown at sun up on Oct. 19 in Twin Falls. 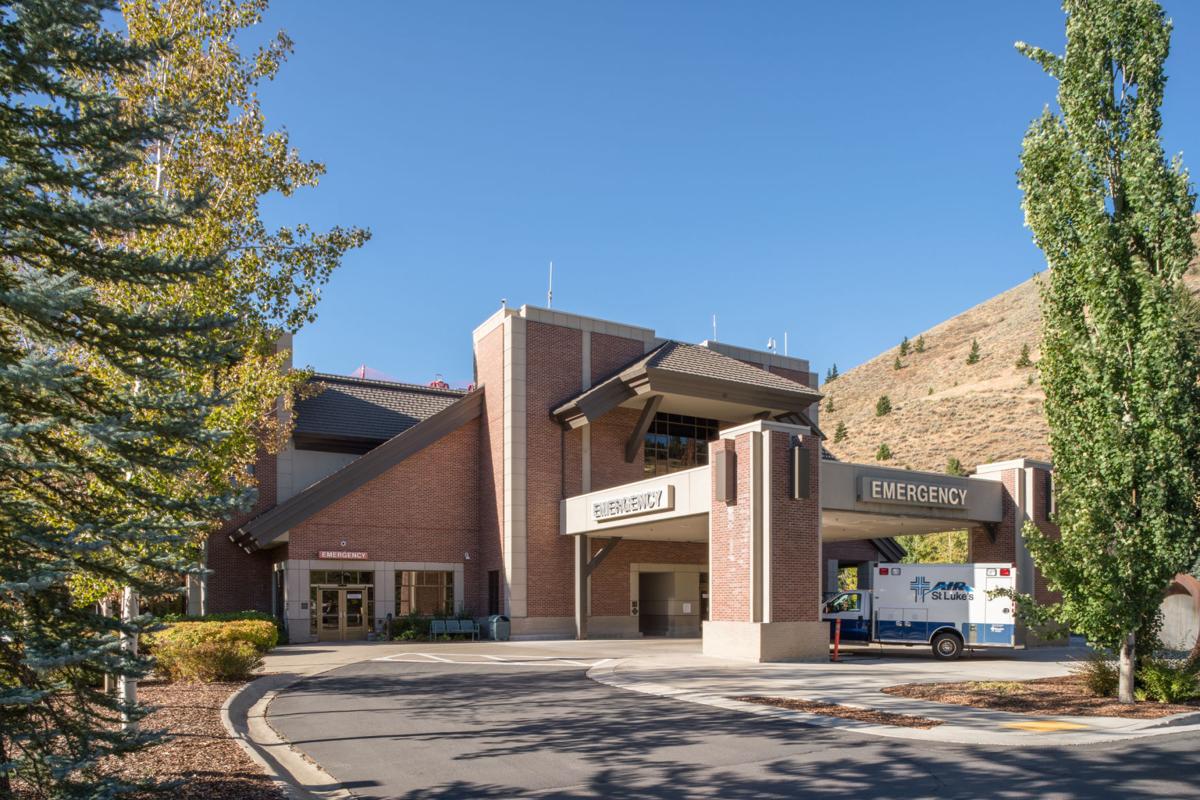 The transportation agency is beginning a two-month pilot program for this service in April that Kim MacPherson, community development director for Mountain Rides, said has been needed for some time.

During the nine years she’s worked for the agency, she’s fielded numerous calls from people inquiring about a way to make it to Twin Falls for medical appointments.

“We don’t go to Twin Falls, so it’s been something where we’ve tried to find a way to get there,” MacPherson said.

Although there are health care facilities in the Wood River Valley, including St. Luke’s locations in Ketchum and Hailey, the area is lacking certain types of specialized care.

For example, Erin Pfaeffle, the director of community engagement with St. Luke’s, said the the health care system has specialized cancer services that are available in Twin Falls and not in Blaine County.

But it’s not just services through St. Luke’s. Pfaeffle said the Wood River Valley doesn’t have the same options for dental and vision care as Twin Falls.

A town hall put on by members of the Chamber of Commerce, Health District and St. Luke's helped locals better understand the COVID-19 vaccine and the current pandemic situation.

Pfaeffle said the St. Luke’s Center for Community Health in Hailey doesn’t have data on how many of its patients travel to Twin Falls specifically for medical services, but there’s anecdotal evidence the need exists. The center occasionally gives out gas vouchers or pays for taxis to help people in the community travel to Twin Falls, and around the Wood River Valley, to access health care.

Cece Osborn, Mountain Rides mobility and safe routes coordinator, said the transportation agency has been trying to gather hard data on this need for more than a year without much success. But she said the agency will learn more during this two-month pilot program.

Diane Nobuyama has first-hand experience dealing with this need. Her husband has traveled from Ketchum to Twin Falls and back three times a week for the last three years to receive dialysis treatment because there are no dialysis clinics in the Wood River Valley.

Two of his trips are on weekdays where he takes a Salt Lake Express bus that costs about $70 each round trip. Nobuyama then drives her husband to Twin Falls one day on the weekend for his third appointment.

Because this Mountain Rides service will be free, it’ll end up saving Nobuyama and her husband about $180 a week in bus fare and tips.

Nobuyama heard about Mountain Rides pilot program through the dialysis clinic her husband goes to, and decided to join an advisory committee that’ll help guide the project.

“It’s something we’ve been dealing with for three years,” Nobuyama said. “This (committee) isn’t something I would normally do, but I feel like I have some input that other people wouldn’t have.”

Jen Smith joined the committee for similar reasons. Smith’s wife is a military veteran who developed a kidney disease while serving overseas. She was put on dialysis at the end of 2019.

While, for the most part, Smith’s wife is able to complete her dialysis treatment at home, there was a roughly three-month period in 2020 where she had to travel to Twin Falls three days a week to receive treatment.

For a little more than a month, the dialysis appointments were during the day. They’d leave Ketchum at 8 a.m. or 9 a.m. and return about eight hours later.

But then Smith’s wife tested positive for COVID-19, at which time she was scheduled for after-hours appointments from 10 p.m. to 1 a.m. Add in another three or four hours of driving time and this lead to some late nights.

Smith insists their story isn’t that bad. They have friends who have helped, and Smith — who is the executive director of the Sawtooth Botanical Garden — has a supportive employer that remained flexible as she drove her wife to and from Twin Falls three days a week.

Instead, Smith said she’s concerned about the people who don’t have the resources or support system to routinely travel to Twin Falls for necessary medical services. For example, Smith cites the valley’s elderly population that may have a difficult time making the journey to Twin Falls, especially in bad weather.

“An important thing to think about when you have to travel for any sort of medical reasons, is the drive to Twin Falls can be treacherous in the winter time and for some older folks who no longer drive,” Smith said.

While this service has been an acknowledged need for a while, it really gained momentum last year after Mountain Rides was awarded a $30,000 grant from the National Aging and Disability Transportation Center, which is funded through the Federal Transit Administration.

Carrie Diamond, a grant manager for the center, said Mountain Rides was one of 10 agencies throughout the country that received funding through a grant program that supports innovative ideas that remove transportation barriers.

This initial funding is enough for a two-month pilot program that’ll run through April and May. The service will operate three days a week and, from north to south, will stop in Ketchum, Hailey, Bellevue, Shoshone and then two different locations in Twin Falls, Osborn said.

St. Luke’s Magic Valley Medical Center will serve as the final destination but the bus will first stop at the Twin Falls Visitor Center, where people who aren’t going to St. Luke’s can depart.

From there, Living Independence Network Corporation, LINC, will work with its transit providers to take people to and from their medical appointments in Twin Falls, said Christian Erling, LINC’s mobility-independent living specialist.

Erling said LINC is also trying to work out a way to take people in Gooding to the bus stop in Shoshone to expand the program’s reach.

“Now we know that there’s a need in Shoshone and the Gooding area, we will include it in next year’s grant writing,” Erling said.

Mountain Rides is still working out some of the logistics before the pilot program begins, such as what days of the week the bus service should run. This was one of the main topics discussed at the advisory committee’s first meeting on Feb. 11.

The committee also discussed how to coordinate the bus service so that it operates on the days where people from the Wood River Valley are traveling to Twin Falls for dialysis appointments, because that’s a treatment that needs to be completed routinely three days a week.

While trying to launch this pilot program, Mountain Rides is also attempting to secure long-term funding to continue the service past the end of May. Osborn said the agency estimates the service will cost about $150,000 annually to operate three days a week.

Finding a way to continue the program would benefit a lot of people in the Wood River Valley, Smith said.

“If people don’t have the resources, don’t have the support of their employer, don’t have friends or family to help them out, Mountain Rides is looking to provide a really needed and crucial service to a lot of folks,” Smith said.

Everything you need to know about COVID-19 vaccination

Idaho hospitals are in a lot better shape than they were a couple of months ago.

‘Vaccine hide and seek’: Idaho’s seniors struggle to get their coronavirus shots

Idaho's seniors are eligible to get the vaccine, but as these stories show, actually doing so is far from easy.

Uninsured and underinsured residents in Bellevue will have a new health clinic this fall.

COVID: HOSPITALIZATIONS AT ALL TIME HIGH

Pelosi: More needs to be done after Biden's year

Pelosi: More needs to be done after Biden's year

A bus sits at the Mountain Rides bus stop in Ketchum.

Mountain Rides will use the bus shown to transport Wood River Valley residents to Twin Falls for medical services through a pilot program.

St. Luke's Magic Valley Medical Center is shown at sun up on Oct. 19 in Twin Falls.