Become a Member
Read Today's E-edition
Share This
Marijuana in Idaho: Could legalization of marijuana be in Idaho's future?
19 comments
Share this
1 of 2 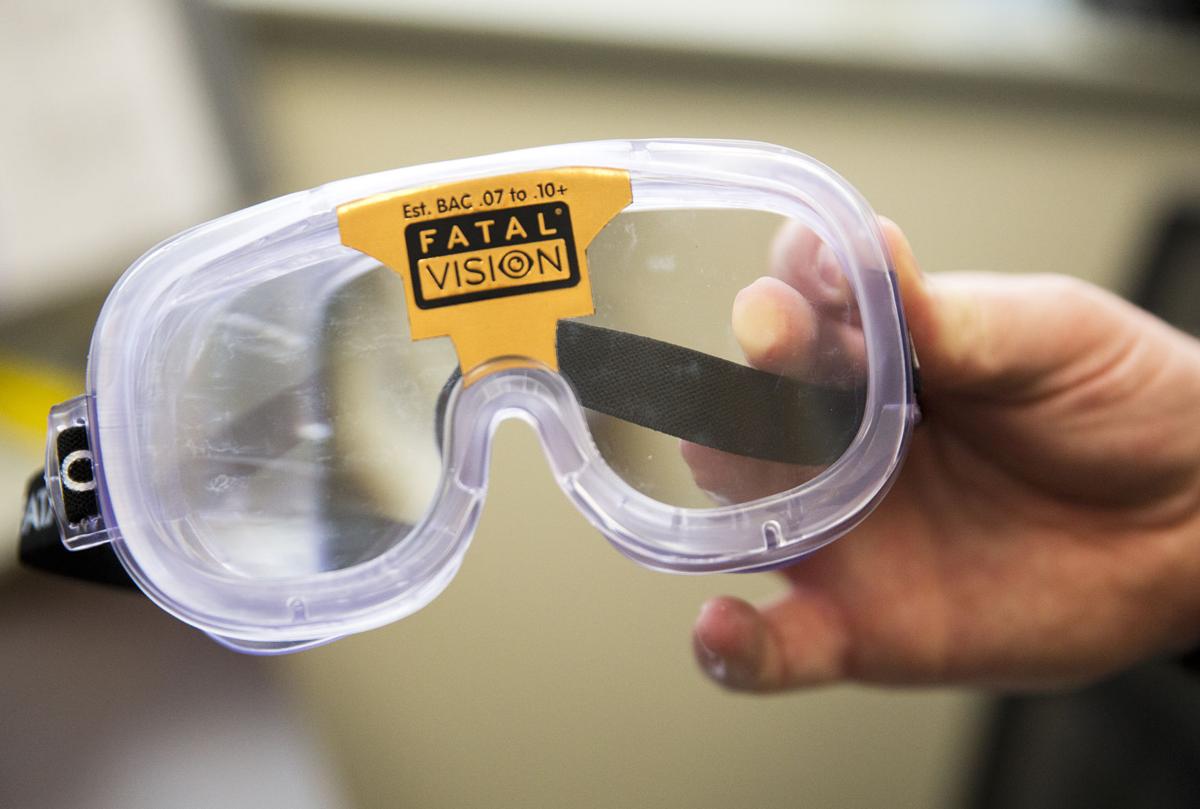 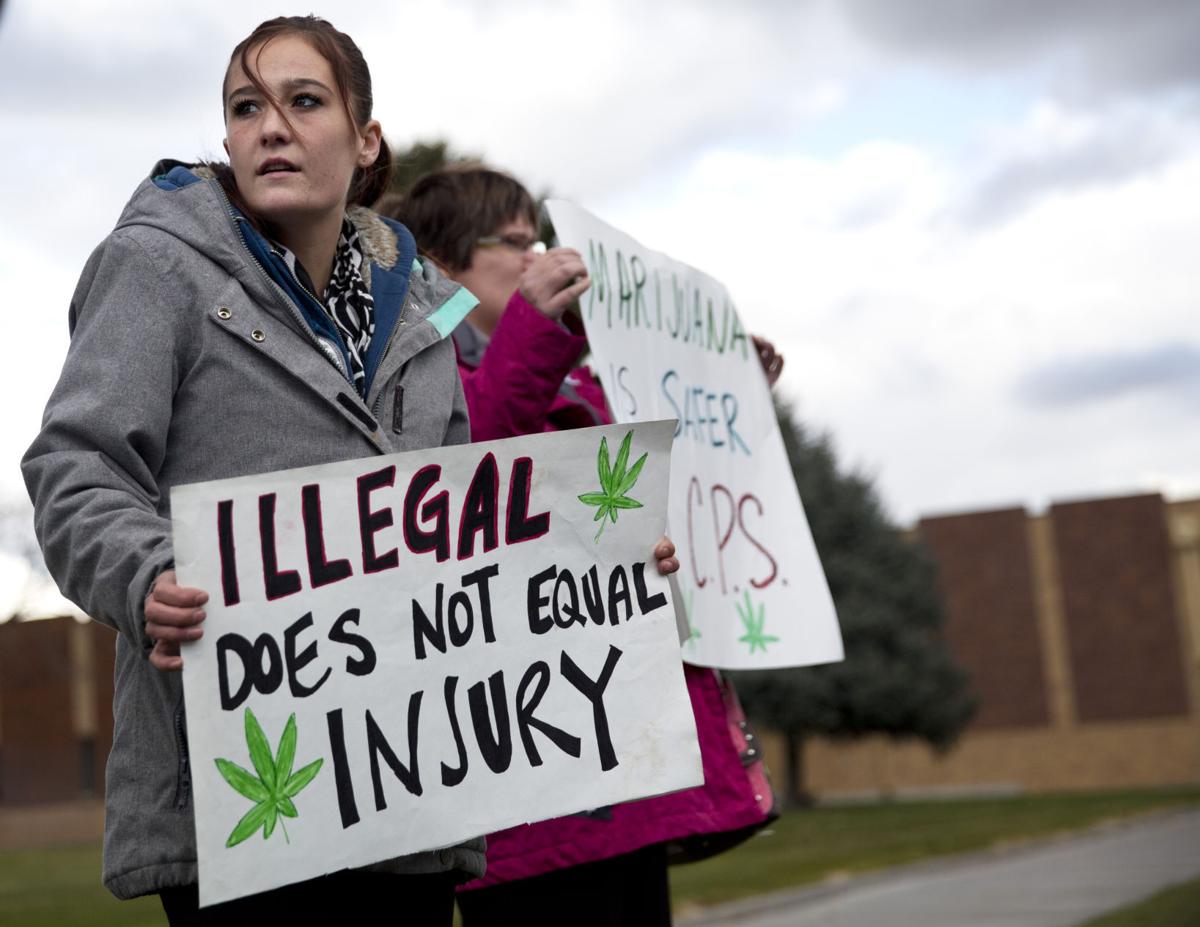 Kelsey Osborne stands with other protesters after her preliminary hearing Nov. 29 at the Twin Falls County Courthouse. The Gooding mother, who gave her daughter marijuana-infused butter to treat seizure-like symptoms, pleaded guilty in February to misdemeanor injury to a child.

TWIN FALLS — Last fall, Nevada legalized recreational marijuana, becoming the third state bordering Idaho to do so and opening the possibility that pot will soon be sold legally a short drive from Twin Falls.

So far, Idaho has stood fast against the trend of liberalizing marijuana laws sweeping statehouses and ballots across the country. Neither recreational nor medical marijuana use is legal in Idaho. Possession is a misdemeanor up to 3 ounces, and a felony for possession of more. In 2015, Gov. C.L. “Butch” Otter vetoed a bill that would have made it easier to use non-psychoactive cannabidiol oil to treat seizures, but created state-controlled CBD oil experiment treating three dozen children with severe seizures. The state Department of Health and Welfare is asking lawmakers to approve $26,800 during next year’s legislative session to fund the tests for another year, as the drug is taking longer than expected to be approved for wider use federally.

Attempts in Idaho to get ballot initiatives to liberalize marijuana laws, which have worked in many states to legalize both medical and recreational marijuana, have so far fizzled. There have been three attempts in recent years to gather signatures to put medical marijuana on the ballot — two didn’t get enough signatures and the organizers withdrew one early over problems with its wording.

In 2013, as Colorado and Washington were becoming the first states to legalize recreational cannabis, Idaho legislators voted to go on record opposing marijuana legalization in any form.

Now five years later, some on both the left and right in Idaho support relaxing penalties for possession and expanding limited medical use of cannabis-containing products, but there isn’t much reason to think the larger dynamic has changed.

Legislators aren’t as hard-nosed about medical uses of cannabis products, but recreational marijuana is still a non-starter.

“For cannabidiol oil, I think that program is working well,” Crane said. “If you were to take a vote on cannabidiol oil, I think it probably would pass. Medical marijuana, I don’t know, but recreational, absolutely not. The states that have expanded the use to recreational marijuana have seen significant issues with respect to the enforcement of it. Fatalities are up. The societal cost has been significant.”

Meanwhile, Democrats are working on legislation for 2018 to reduce possession of smaller amounts of marijuana to an infraction rather than charging it as a misdemeanor. About a dozen states have similar laws to treat possession of small amounts more like a traffic ticket than a crime. House Minority Leader Mat. Erpelding, D-Boise, said he is especially concerned about how convictions under the current law could lead to young people being ineligible for federal aid, giving the example of a student who lives in Moscow or Lewiston and gets arrested after crossing the border to Washington, a state which has legalized marijuana.

“The last thing I want to do is have somebody who makes a mistake and goes across the state line and gets pinched and loses access to student loans,” he said. “I believe that as long as Idaho has marijuana illegal and does not legalize it, it should be an infraction. It should not be so detrimental as to ruin somebody’s college career.”

Erpelding is working with some of the Legislature’s more conservative Republican members to bring a vote on CBD oil legalization, but he admits “our path on that bill is really difficult because we have the same governor in place.”

Erpelding would like to see a larger conversation about marijuana laws, although, again, he knows the Legislature’s thinking hasn’t changed that much from the one in 2013 that opposed any form of marijuana legalization, a vote he blasted as “classic electoral politics, just playing to the fears of their constituents.” Currently, he said, Idaho is “criminalizing something that is more similar to alcohol while we ignore this opioid epidemic.

“There are a lot of us that support finding a way to effectively utilize marijuana as a medicine and Idaho should be learning from the other states and moving in a direction that helps people stay off of opioids,” he said, “because marijuana has a similar effect, but it doesn’t have all of the downsides.”

The Boise-based Idaho Medical Marijuana Association filed a petition in August 2016 saying it would gather signatures to get another initiative legalizing medical marijuana onto the ballot in 2018. Idaho sets a high bar for this. Organizers need signatures equaling 6 percent of the state’s registered voters, or a little more than 56,000, to get on the ballot, and there is a distribution requirement that was added a few years ago — they must have signatures representing 6 percent of the voters in at least 18 of the state’s 35 legislative districts. It remains to be seen if this effort will fare better than previous ones; the IMMA didn’t return calls and messages for this story.

Otter made some comments supporting marijuana legalization early in his political career, but as governor he has strongly opposed the idea, saying states that have legalized even medical marijuana have seen unintended negative consequences. In 2019, Idaho will have a new governor. While it’s possible this could lead to legalizing wider use of CBD oil for medicinal purposes, all three of the major Republican candidates to succeed Otter oppose legalizing smokeable marijuana for either medical or recreational purposes. Troy Minton, a homeless man from Boise, is the only Democrat who has filed or declared.

Tommy Ahlquist and Raul Labrador both support medical use of CBD oil; Labrador, the current 1st District congressman, co-sponsored legislation to allow it in states where it is legal under state law. While the federal government hasn’t been interfering with states that allow it, it is still illegal under federal law.

“I’m all for using extract,” Labrador said. “I don’t understand why the governor vetoed that bill.”

However, both oppose wider marijuana legalization. Labrador wants to change sentencing laws and generally opposes putting people in jail for marijuana. Ahlquist said his experience seeing drug addiction as a doctor informed his views, and told a story about sitting near a couple of businessmen from Colorado on an airplane who had supported legalization but said they were moving because of the effect it had on the quality of life in their town.

“They’re leaving because of it, because they have young kids,” he said.

Brad Little, the current lieutenant governor, is a fan of the state’s Epidiolex experiment, saying other states are hoping to model similar experiments to Idaho’s. He opposes legalization otherwise, pointing to the number of dispensaries in Colorado cities like Boulder back when the state allowed medical marijuana but recreational was still illegal.

“Those college students had all kinds of pain problems,” he said.

The Idaho Freedom Foundation, a libertarian group that scores legislation and lawmakers on their voting records, has joined efforts to legalize medical use of cannabis products. The foundation released a film last year, “Hope Vetoed,” about a young man in Salmon who used CBD oil to treat his seizures after other medications failed.

“People who many of us know and interact with (use cannabis medically),” said IFF President Wayne Hoffman. “They’re our grandparents, they’re our friends, neighbors, they’re people we go to church with. I think many people tend to be surprised when they learn that somebody close to them, perhaps a senior, perhaps a veteran, uses some kind of marijuana product. These are good people. They have jobs, they have careers, they have families. They’re law-abiding citizens, apart from this.”

Hoffman expects the issue to come up next year, in the form of legislation addressing possession but not sale of such products.

“I think for the time being we’re just talking about possession,” Hoffman said. “Right now, the discussion is, it’s a crime to have it. If your doctor says this is good for you and nothing else works, are you still committing a crime against the state by possessing a marijuana product of some kind?”

Thirty-six kids with intractable seizures that haven’t responded well to other forms of treatment are part of the state’s test of Epidiolex, a drug made by GW Pharmaceuticals.

There were 40 spots in the Expanded Access Program, said Health and Welfare spokesman Chris Smith, but one family dropped out because they had troubles with the screening process, and three lived in remote areas and the burden of travel to get to the screenings was too much. While the state pays for the treatment, the families pay for the travel costs.

Out of the remaining participants, some parents have reported dramatic reductions in seizures while others have seen more moderate improvements.

“It is serving a benefit,” Smith said.

GW has filed for federal Food and Drug Administration approval for Epidiolex and is trying to get it fast-tracked. But even if the drug is approved soon, Smith said, the FDA needs to move it off of Schedule I status — the government’s category of drugs that aren’t approved for any medical use, including marijuana. In the meantime, as the DHS request shows, money is needed to keep the program going another year.

“We feel there’s definitely been demonstrated benefit to the Expanded Access Program,” he said. “The families that are participating in it generally seem to say they’re noticing a benefit.”

Marijuana in Idaho: What are the stances of Idaho's gubernatorial candidates?

Marijuana in Idaho: A timeline

1915: Utah makes marijuana illegal. It's the second state in the nation (California was first) and the first one bordering Idaho to do so.

Gov. C.L. “Butch” Otter said Friday that he has not changed his position on legalizing wider use of cannabidiol oil.

ELKO, Nev. — Marijuana may be legal in Nevada, but don’t expect dispensaries to join casinos among Jackpot’s illegal-in-Idaho tourist draws.

Kelsey Osborne stands with other protesters after her preliminary hearing Nov. 29 at the Twin Falls County Courthouse. The Gooding mother, who gave her daughter marijuana-infused butter to treat seizure-like symptoms, pleaded guilty in February to misdemeanor injury to a child.