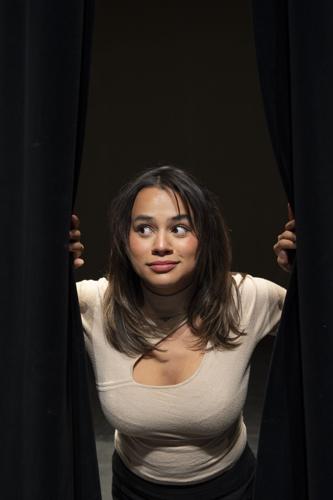 Actress Jaci Calderon has a photo shoot done Tuesday, Sept. 20, 2022, at Canyon Ridge High School in Twin Falls. Calderon found her acting chops during her time at the school. She graduated in 2019. 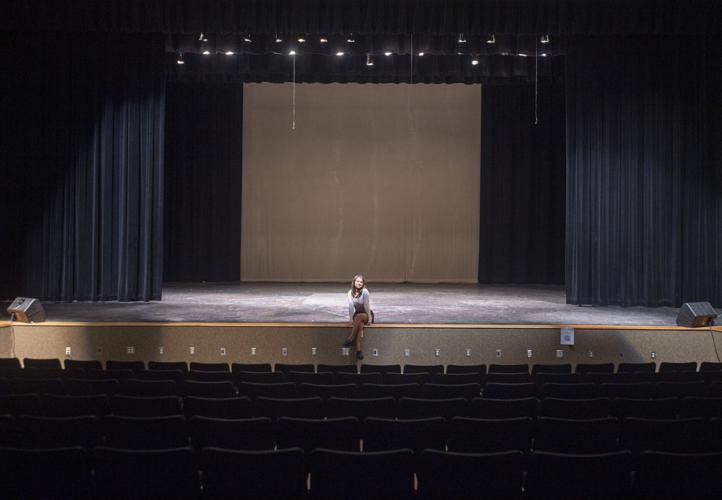 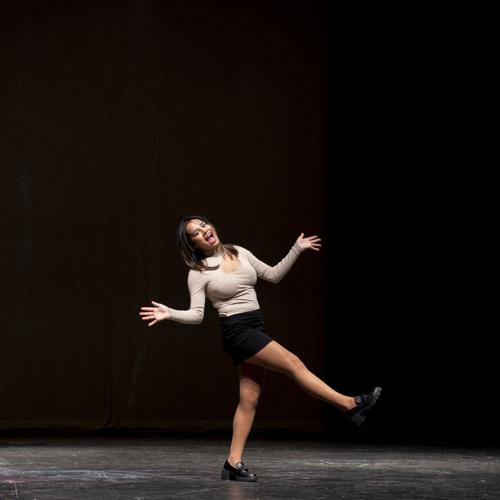 TWIN FALLS — One of the most recognizable and long-running television franchises is kicking off the 2022-23 season with a three-episode, three-hour extravaganza.

To add to the excitement, a Magic Valley actor will be appearing in the show in her first national role.

Twin Falls’ own Jaci Calderon wowed audiences in Twin Falls with performances such as 2019’s production of “Legally Blonde: The Musical” at the College of Southern Idaho, where she played the starring role of Elle Woods.

The Law & Order franchise kicks off the new season by combining the familiar faces from each series into one three-episode, three-hour event.

Calderon portrays a young woman who witnesses a terrible crime and must decide between continuing along the path she’s been following or heeding the advice of Capt. Benson to turn in a new direction.

“This is the most exciting thing I’ve ever done, and I can’t wait for people to get to see it,” Calderon said.

Calderon got her start in acting at Canyon Ridge High School, where, as a freshman, she learned that she loved performing on stage.

“It was what I spent all my time doing, ...high school theater,” Calderon said.

After graduating from Canyon Ridge in 2019, Calderon enrolled at the CSI to pursue more theater training and appeared in a number of starring roles with Magic Valley Repertory Theater, the Dilletantes, and at CSI.

To star in show, actress must first become 'Legally Blonde'

What happens when an actress is cast as the lead in "Legally Blonde" but isn't blond? She has to change.

Other leading roles Calderon made her own include the part of Esmeralda in “The Hunchback of Notre Dame: The Musical,” and as Princess Winnifred in “Once Upon a Mattress.”

When the COVID-19 pandemic hit in 2020, Calderon found herself without an outlet as college classes were suspended and performances were scrapped. It was around this time that she signed with a talent agency to draw in more auditions for roles outside of southern Idaho.

Now the 21-year-old is in the series premiere of Law and Order.

Calderon said she has been a long-time viewer of Law & Order: Special Victims Unit and has been watching Mariska Hargaty as Capt. Olivia Benson for years.

“I’ve been a huge fan of it since I was young,” she said. “Honestly, it’s full circle because it’s literally my No. 1 favorite show, and when I got the audition for it I fully didn’t believe I was going to get it.”

“I worked with Marishka Hargitay very closely — all of my scenes were with Marishka and that alone was the greatest experience ever,” Calderon said. “And I don’t think it will until I see all of the episodes when they come out on Sept. 22.”

Calderon stayed in Brooklyn for a month while filming the episodes across several locations, including Queens, the Bronx, Manhattan, and Brooklyn.

She said the adjustment to acting for TV and film was a bit different from the stage performances she had done before.

“I didn’t think there would be much of a difference from theater acting from what I’ve done,” Calderon said. “It’s much more intimidating, and film acting is very intimate.”

But she said that the directors and film crew, and especially the experienced actor Hargitay all helped her tuner her performance for filming.

After filming the episodes wrapped, Calderon took a vacation while her agency continues to seek roles for her. So far she’s keeping her lips sealed about where she might be appearing next.

“I can’t wait to see what’s next for me,” Calderon said.

Calderon credits some of the many people in Twin Falls she’s worked with who have helped shape her talents, like Jared Johnsen and Larry Johnsen at the Orpheum Theater, who produce most of Magic Valley Repertory Theater.

“They have been really amazing people who have helped me in my career,” she said.

Another person who she credits with influencing her is Canyon Ridge theater teacher Seve Isaacs.

“He’s been a constant support for me and pretty much sparked my passion for acting in the first place,” she said.

Isaacs said Calderon called him when she found out she got the Law & Order role.

“I was just floored,” Isaacs said. “She called me to let me know as soon as she was offered the role.

“It was really cool to get that call. I think as theater teachers we’re always hopeful to hear about our students who are going out and continuing to do it, and do it in a big way. So it’s really exciting to see Jaci having that success.”

The Hunchback of Notre Dame rehearsals

This week's Most Wanted from the Twin Falls County Sheriff's Office

Man injured by gunshots in Jerome

The 22-year-old victim is not being cooperative, police say.

Valley schools were under lockdown Tuesday afternoon after a report of shots fired nearby.

Portside Pizza & Pub will hold a soft opening on Oct. 12 with free pizza for fire and police department personnel along with school and hospital staff, so the community can try out the pizza.

No new information on Hazelton shooting

Police arrest Rupert man for enticing a child over the internet

RUPERT — The police department has arrested a Rupert resident on enticement of a child charges.

Pedestrian dies on U.S. 30 near Buhl

The Idaho Supreme Court has overturned a law allowing grandparents to seek visitation rights after finding that it unconstitutionally violates the “fundamental right to parent.”

South Florida gearing up for impacts from Hurricane Ian

Actress Jaci Calderon has a photo shoot done Tuesday, Sept. 20, 2022, at Canyon Ridge High School in Twin Falls. Calderon found her acting chops during her time at the school. She graduated in 2019. 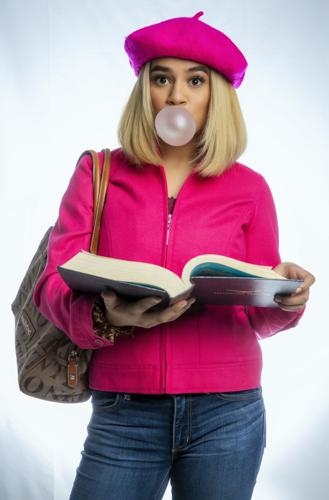 Jaci Calderon poses for a portrait as Elle Woods for 'Legally Blonde: The Musical' on Friday, Nov. 1, 2019, at the Times-News photo studio in Twin Falls. Calderon dyed her hair blonde in preparation for the role.