Following the reintroduction of 15 wolves into the Central Idaho wilderness in 1995, an additional 20 wolves were transplanted into Idaho from Canada to reach a total of 35 wolves released.

The U.S. Fish and Wildlife Service wanted to make sure they brought enough adult wolves into Central Idaho so they could pair up, set up territories and produce young on their own, restoring wolves to the Central Idaho ecosystem.

There was a record-high elk population in the Frank Church-River of No Return Wilderness at the time — an estimated 6,000 animals — so the wolves had plenty to eat.

“I didn’t expect them to take off quite like they did,” said Gary Power, who was the Salmon region supervisor of Idaho Department of Fish and Game at the time. “I figured they’d expand and do quite nicely because they had a food source.”

Wolf advocates were overjoyed when wolves set up residence in Central Idaho. Matt Miller and his wife went camping in Bear Valley, hoping they would hear wolves. Miller, lead science writer for The Nature Conservancy, has traveled to Africa and Brazil to view large predators.

“We climbed into our sleeping bags that night, and all of a sudden, my wife said, ‘Is that a siren?’”

For the next 45 minutes, the couple could hear a deep howling, echoing across the canyon.

“For me, just being out there with those large predators, it makes the wild a bit more wild,” Miller said.

But it wouldn’t take long for wolves to prey on livestock. Just nine days after the first batch of wolves was transplanted into central Idaho in January 1995, Wolf B13 ventured 60 air miles to Salmon rancher Gene Hussey’s cattle pasture and was found dead from a gunshot wound, lying next to a dead calf that B13 had presumably killed.

The incident was an emotional flashpoint and made instant headlines in the local and national media. Hussey notified the county sheriff and USDA Wildlife Services immediately. A necropsy was performed in the field by a Wildlife Services agent.

“Dead calf. I spent the night skinning the calf, everybody watching me,” said Layne Bangerter, who worked for USDA Wildlife Services at the time. “The calf had walked, it had been alive, and it was my determination that the wolf killed the calf.”

The wolf kill confirmed what ranchers had feared all along — that wolves would not necessarily stay inside the Frank Church or Selway-Bitterroot wilderness boundaries, and they would kill livestock on private ranchlands outside of the wilderness. This was the first of many incidents of wolves killing livestock to come.

“The citizens of Salmon, Challis, were on edge,” Bangerter says. “The classic clash between the federal government and the state and local government was happening right in the wild west of Idaho.”

When it came to managing wolves in Idaho, the U.S. Fish and Wildlife Service had to contract with the Nez Perce Tribe to do the fieldwork and monitoring. The Idaho Legislature prohibited the Idaho Department of Fish and Game from assisting with wolf reintroduction.

Knowing the political realities, the U.S. Fish and Wildlife Service had bypassed the state of Idaho with the wolf-reintroduction program by releasing the animals on national forest lands controlled by the federal government. They didn’t need state permission, but if they had asked for it, they wouldn’t have gotten it. Idaho legislators didn’t take kindly to being forced to do anything by the federal government — especially something so controversial.

Former Idaho State Sen. Laird Noh, a Kimberly sheep rancher, explained: “They were obviously very opposed to it. It just seemed somewhat insane. It didn’t make sense that you would bring a wolf back into the environment when you had worked so long for so many years over so many generations to eliminate that pain and suffering to your livestock.”

The gulf between urban environmentalists who wanted wolves back on the landscape in Idaho versus rural ranchers — some of them state legislators who opposed wolves — was as wide as the Grand Canyon. Big game hunters held mixed opinions. Some feared that wolves would decimate elk and bighorn sheep herds.

“It was the most controversial wildlife issue I was ever involved in,” Power said. “The emotions on both sides of the spectrum, from those who said they’re going to eat all the children, to those who said there’s never been a problem, and there’s not going to be any problems. It was just extremely tense.”

In 2002, the Idaho Legislature adopted a Wolf Management Plan for Idaho. The U.S. Fish and Wildlife Service accepted the plan. The Legislature was ready for Idaho Fish and Game to take over wolf management in Idaho. Idaho’s wolf population had already surpassed the benchmark for delisting three years in a row.

For wolves to be delisted, Montana and Wyoming also had to create a wolf management plan that was acceptable to the Fish and Wildlife Service. Wyoming was slow to achieve one.

In January 2007, the Fish and Wildlife Service published a rule in the Federal Register that delisted wolves from the Endangered Species Act in Idaho and Montana. Both states met and exceeded all the legal requirements.

In response, a coalition of 13 environmental and animal rights groups sued the Secretary of Interior, contending that it wasn’t appropriate to delist wolves only in Idaho and Montana. They argued that Wyoming’s wolf management plan was too hostile toward wolves.

In 2010, a federal judge from Montana blocked delisting. Finally, in 2011, Congressman Mike Simpson of Idaho and Senator Jon Tester of Montana attached a rider to an appropriations bill, delisting wolves from the Endangered Species Act in Montana and Idaho. The congressional maneuver was upheld in federal court.

It had taken 16 years to get wolves removed from the Endangered Species List in Idaho, even though the state met the criteria for delisting in 2002.

“That was the camel’s nose,” said former Governor Butch Otter. “The unintended consequences were the fact that after the introduction, even with the denials, the populations of wolves exploded, the federal government had control of them, and they weren’t going to turn it over to the states.”

https://idrange.org/range-stories/north-idaho/wolf-reintroduction-in-idaho/ to see the Part 2 video. The 5-part wolf series is sponsored by the Idaho Rangeland Resources Commission.

A five-part series on wolves by Steve Stuebner for the Idaho Rangeland Resource Commission begins July 17 in the Times-News and at Magicvalley.com.

Times-News contributed to this report.

Delisting goal: 10 breeding pairs each in Idaho, Montana and Wyoming.

Final EIS predicted that wolves would kill about 10 cattle and 57 sheep per year when the population goal of 10 breeding pairs was reached in Idaho.

**Livestock depredation numbers show wolf kills that were confirmed or probable kills. They do not include livestock losses that were not confirmed.

BOISE — Big game hunters who were successful in drawing controlled hunt tags for deer, elk, pronghorn and black bear have until midnight Aug. …

BOISE — How many wolves are on the landscape in Idaho? That’s an often-asked question that the Idaho Department of Fish and Game is aiming to … 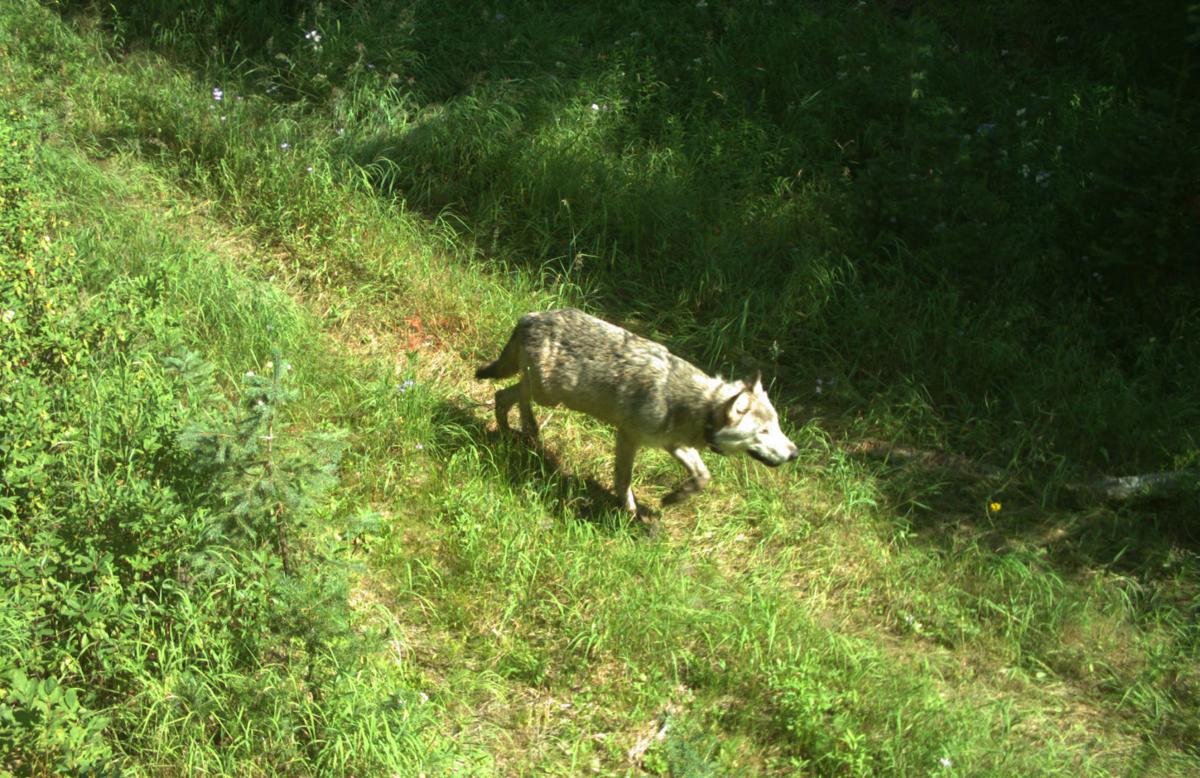 Remote camera shot of a wolf on the range. 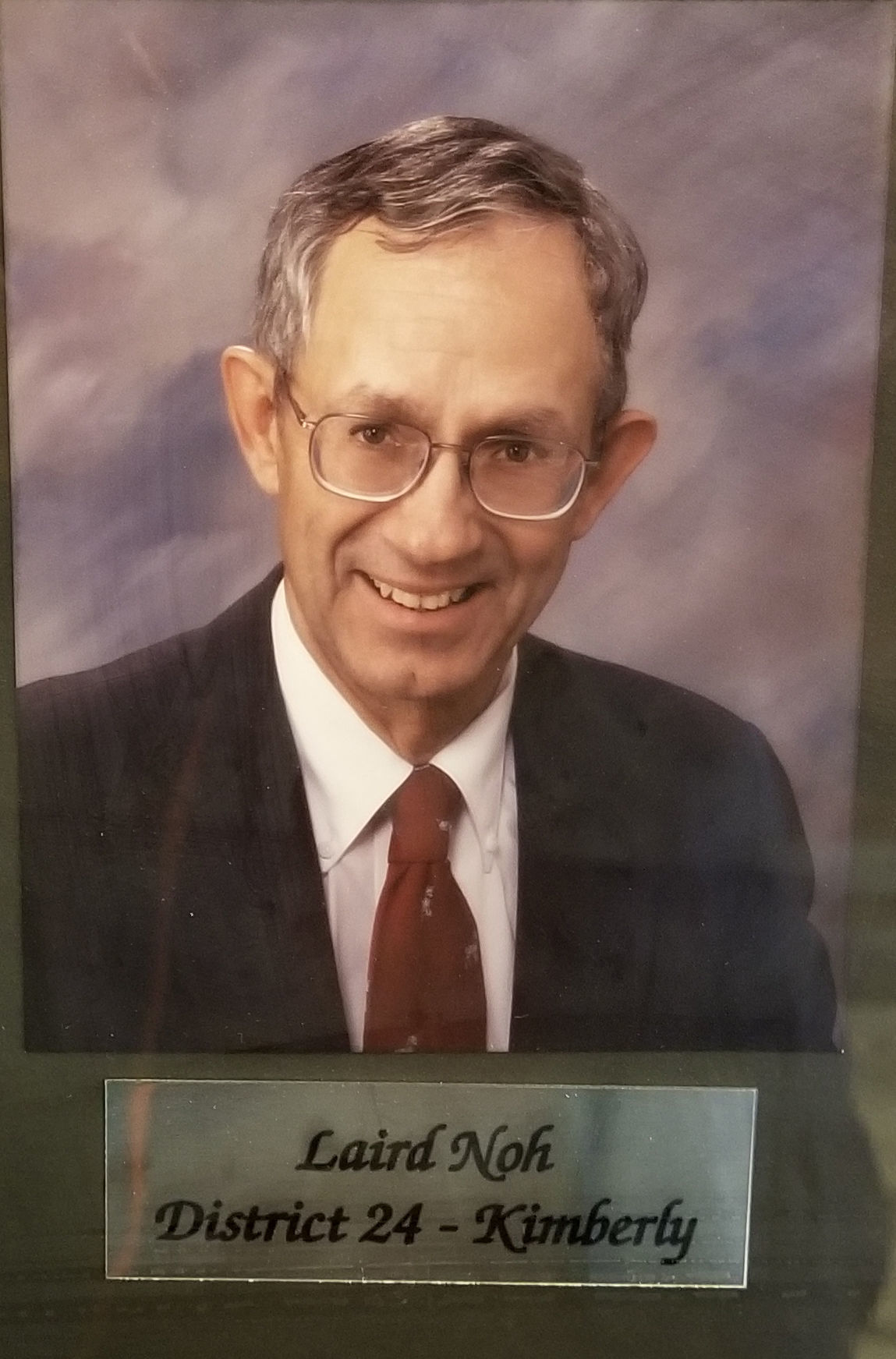 Former Idaho State Senator Laird Noh chaired the Senate Resources and Environment Committee during the time period when the Idaho Legislature passed a wolf management plan in 2002. He advocated for state management of wolves. 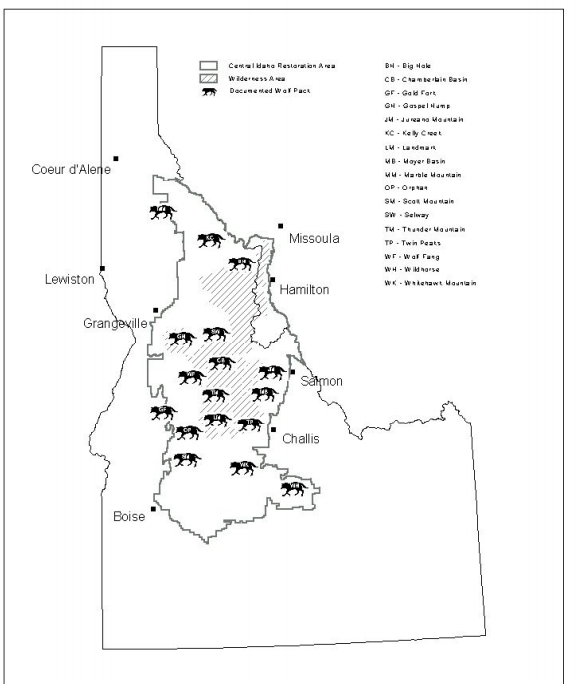 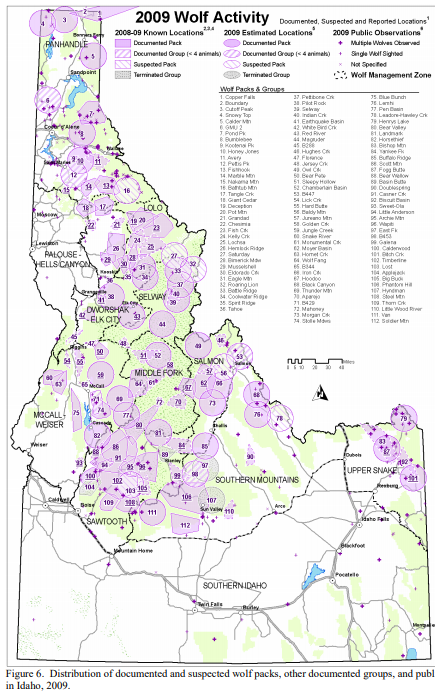