BOISE — For the second year in a row, Idaho has earned the title of fastest-growing state in the country, this time sharing the title with Nevada, according to the U.S. Census Bureau.

Nearly three-quarters of the change is due to in-migration from other states, according to the bureau. The rest can be attributed to a “natural increase” — when the number of births in the state outpace the number of deaths.

Of course, the boom in population isn’t exactly new. Between 2016 and 2017, Idaho saw a 2.2 percent change in population, securing the top spot over Nevada. Idaho also made the Census Bureau’s top 10 list for percentage increases in 2016 and 2015. Earlier this year, Forbes declared Boise the fastest-growing area in the country.

Overall, Idaho’s population has grown a whopping 12 percent since 2010, a total of 186,551 people. Officials estimate Idaho could break 2 million residents by 2025.

Despite those numbers, Idaho remains 39th in the country in terms of total numeric population. By sheer numbers, some states added 10 times as many people as Idaho did between 2017 and 2018. Texas topped the list of states in numeric growth, adding 379,128 people. Florida followed with 322,518 new additions.

The Census Bureau said growth is strong in the South and West. Utah, Arizona, Washington and Colorado also made the top 10 list for percentage growth.

TWIN FALLS — The Magic Valley’s growth is slowing down according to the latest population estimates from the U.S. Census Bureau. 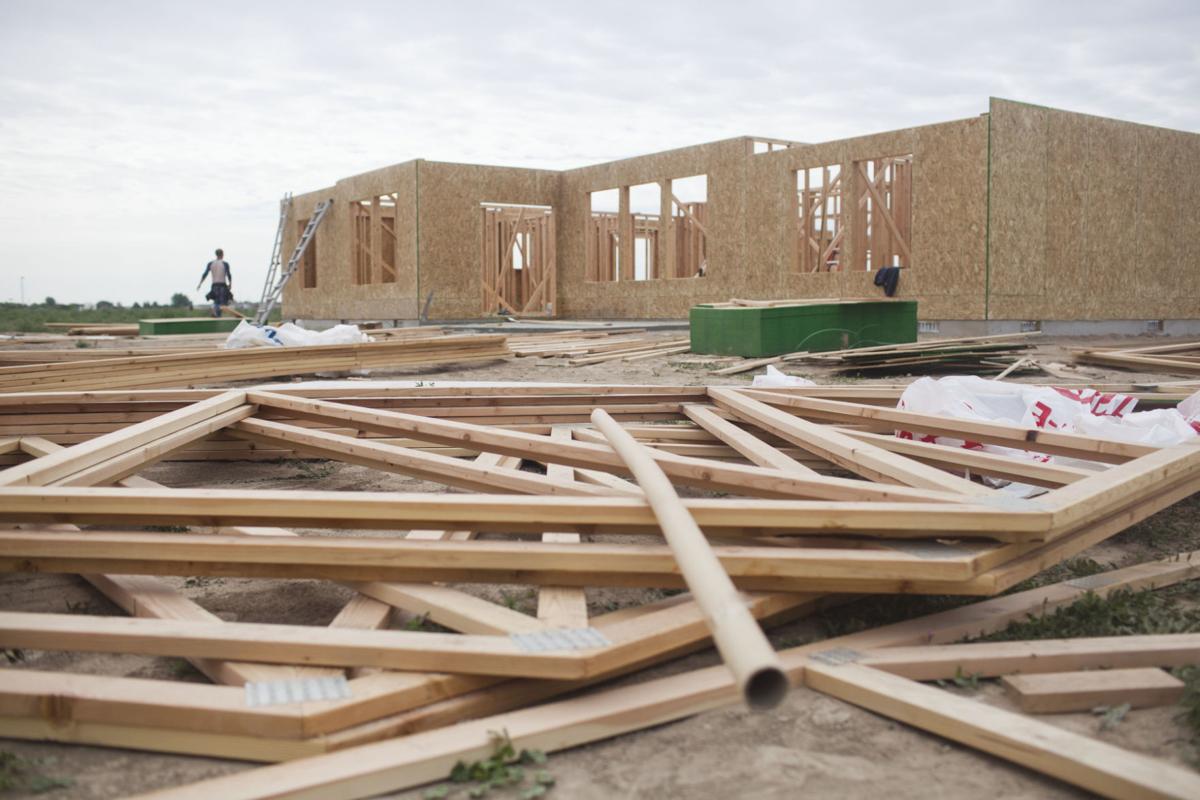 Construction of a new home on Bighorn Drive in the Grandview Estates subdivision in June 2016 in Twin Falls. 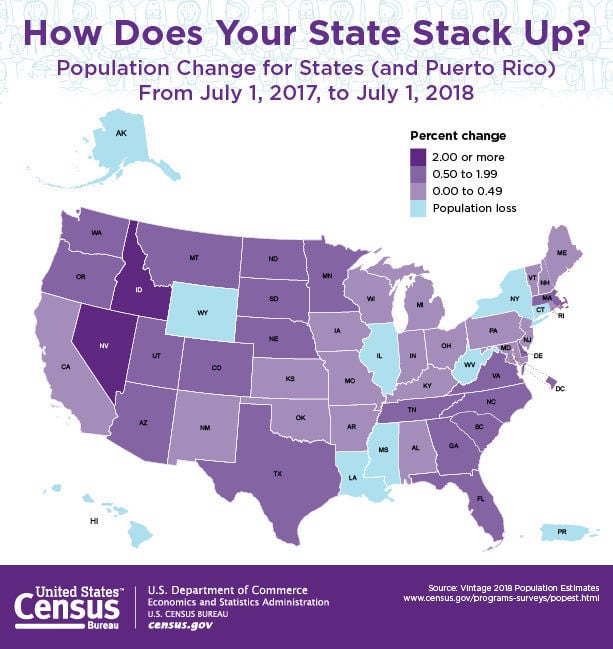