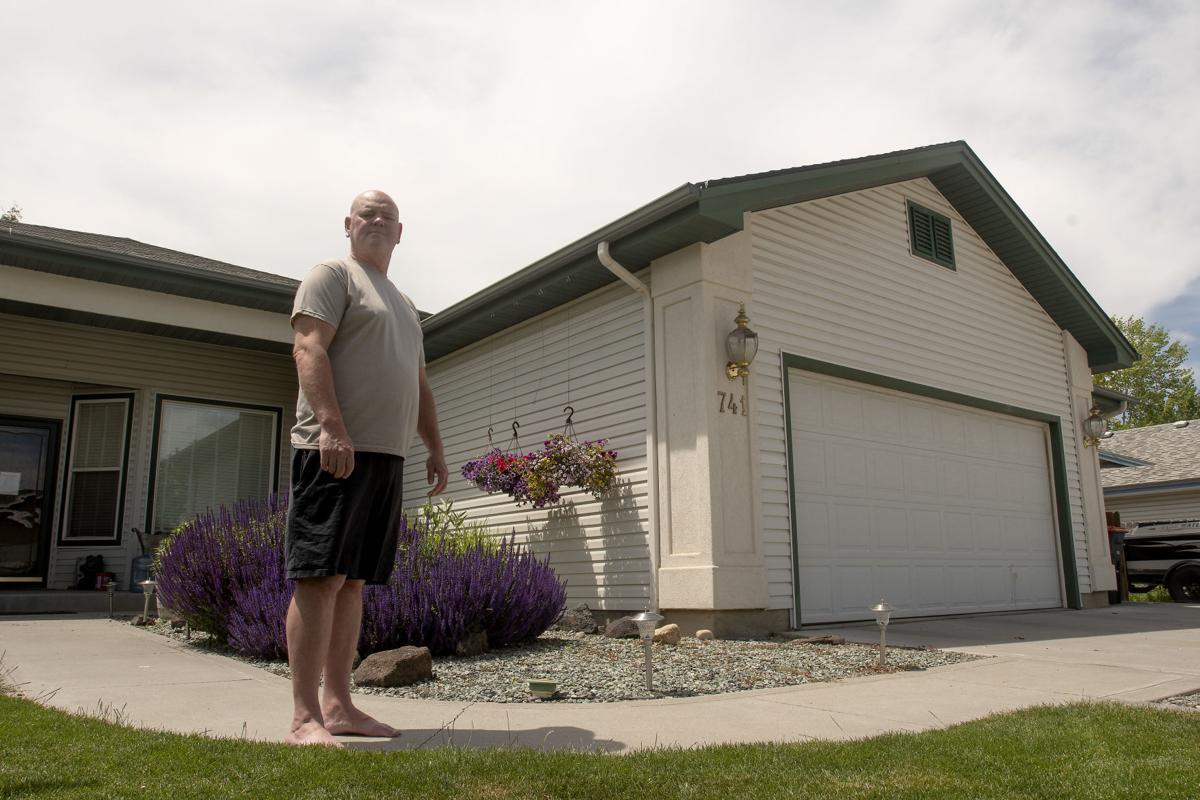 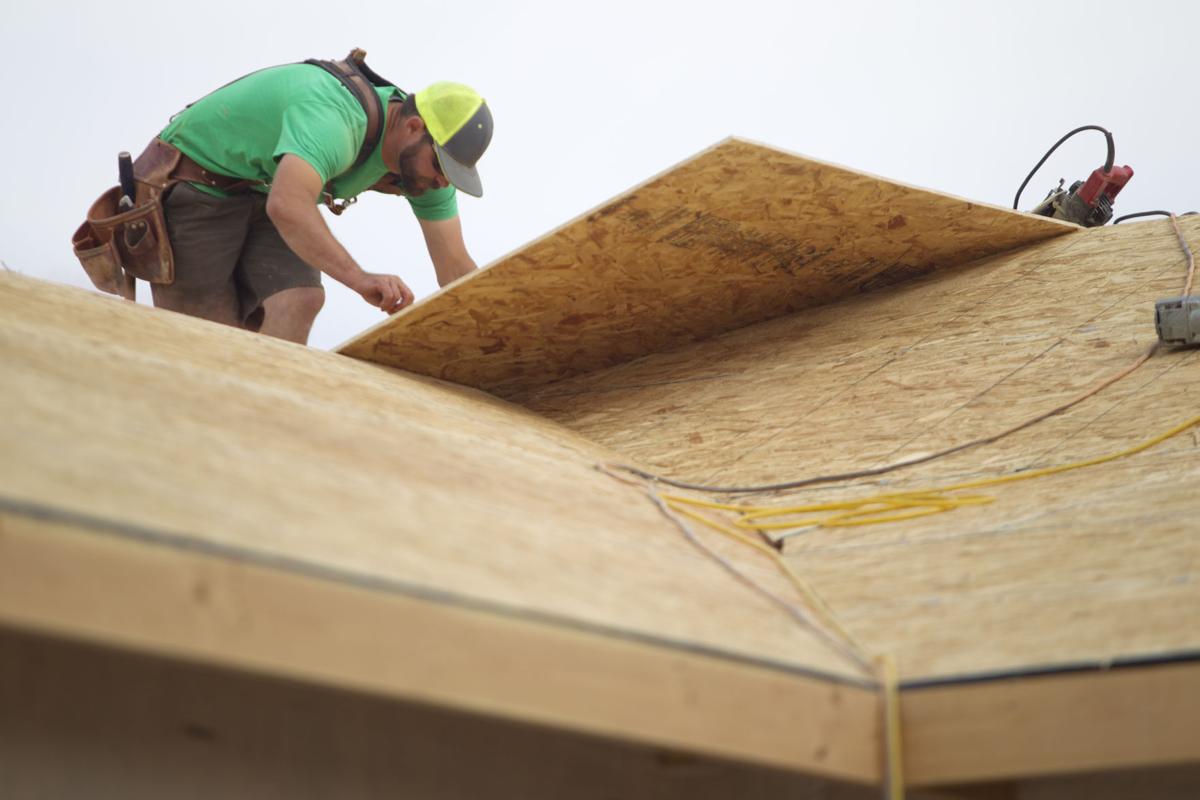 Ryan Haney works on sheathing the roof of a new house in 2016 on White Birch Avenue in Twin Falls.

But even with years of real estate experience under her belt, she was stunned by her Twin Falls home’s jump in value this year. When she opened her appraisal letter and crunched the new numbers, she saw her property had gone up 13%.

Plenty of Magic Valley property owners were in Luedtke’s boat, or saw even bigger increases. About 80 Twin Falls county property owners appeared before the county Board of Equalization (made up of the county commissioners) this July to contest their valuations.

The Twin Falls County Assessor’s Office acknowledges that it does make mistakes — the Board of Equalization knocked down Luedtke’s value into the 8% range for instance — but says for the most part rising values are an unavoidable consequence of rising sales prices. Many Magic Valley homeowners who have no intention of selling are frustrated, but county assessors are charged by the state to value homes based on what they could fetch on the open market. And it’s a seller’s market.

“I wish I had a time machine to go buy some houses back in 2011,” Super Realty of Idaho Owner and Broker Stan Tobiason said. “There’s definitely been rapid growth in the last couple years … It shocks me every year that prices have continued to grow.”

In recent years, Boise’s home values have pulled away from Twin Falls’.

“We don’t have the kind of spiking that the Treasure Valley does,” Twin Falls County Assessor Brad Wills said. “We’re more manageable than Boise.”

Also, Magic Valley residential values are rising more quickly than industrial and commercial values. As homes make up a greater percentage of a county’s total valuation, homeowners shoulder a greater portion of the tax burden.

Many Twin Falls homeowners saw their values increase by more than 11% in 2019. Part of that could be explained by land values. Wills said that until this year, the assessor’s office had undervalued the land beneath properties. Now the county’s land values are higher and more accurate, he said, but that fix led to some eye-opening increases.

While home values have jumped more than usual during the past year, 2019 is part of a trend. Over the last five years, the median home value in the city of Twin Falls has risen 40%, while Boise’s took a 65% leap.

Idaho had the highest increase in home value this year, with homes appreciating 13% according to the Federal Housing Finance Agency. Nevada and Utah had the second and third highest levels of appreciation. Boise led the United States in home appreciation, while Idaho Falls and Coeur d’Alene also made the top 10 nationally.

Also, people outside of Idaho see the Gem State as an attractive and affordable place to live.

“I probably get a phone call a day from someone relocating from California, Oregon or Washington,” Tobiason said.

College of Southern Idaho Professor of Economics Mike Pohanka explained that many people eyeing a move to Idaho are retirees.

“They think our home values are cheap, inexpensive compared to what they came from,” he said.

Retirees and job seekers often target the same kind of housing. That means the housing demand is especially concentrated around one price point, in this case homes around $200,000 and below.

Homes around $200,000 tend to be older, so older homes have gotten more expensive recently. Demand is lower for properties above the $300,000 range, so those houses aren’t seeing the same price increases.

Tobiason pointed out that there are fewer homes available in that $200,000 range, so when an opportunity arises, home buyers might be ready to pounce.

Demand has increased the cost of affordable homes, and that cost spike typically impacts two types of residents: People looking to buy their first home — “starters” — and seniors on fixed incomes. Those seniors might have no intention of moving, but feel squeezed as their property taxes rise.

Twin Falls County Commissioner Don Hall said that many of the people who appealed their valuations and made their case to the Board of Equalization this year were seniors.

He said he feels for those on fixed incomes who might be hurt by tax increases, as well as starters struggling to find their first home. Hall said his house’s value rose this year, and even though the new figure seems high, he knows he’d have to pay that if he wanted to buy his house all over again on the open market.

Twin Falls county isn’t alone. Nearby counties, and counties all over the state are seeing booming housing markets. While the boom can hurt some, many view growing property values as a positive.

“I’d rather have growth,” Hall said.

Luedtke still doesn’t think she could sell her home for its county-assessed value, even after the Board of Equalization brought her assessment down. She said her rising home value has increased her monthly tax payments by $156 a month over the past few years, and that’s causing her to consider moving.

“We’ve just about had it,” she said. “They’re not looking at the reality that this is going to force people out of their homes.”

Bubble on the horizon?

Magic Valley homeowners might have to buckle in and anticipate more years of rising home values. Experts don’t see a housing bubble bursting in the near future.

“Even when we had the recession, we were somewhat isolated because of the manufacturing we had here,” Pohanka said. “It’s almost like southern Idaho is a little bit of a pocket.”

Tobiason doesn’t see an end in sight either.

“I think we’re possibly going to see a little bit of a plateau,” he said. “I don’t think it’s going to drop.”

If regional businesses continue to hire on more workers and expand, and Idaho’s housing prices stay below those of nearby states, current trends could hold up for a while.

'Up, up, up': Magic Valley property values on the rise

TWIN FALLS — Like many in Twin Falls, Shane Hohnhorst saw a significant jump in his property value a few weeks ago.

TWIN FALLS — Housing is tight. Supply is low and demand is high, but new homes in the northwest corner of Twin Falls could help ease the crunc…

TWIN FALLS — A local call center says it plans to hire 850 new workers in the next two months, more than tripling its staff.

Ryan Haney works on sheathing the roof of a new house in 2016 on White Birch Avenue in Twin Falls.