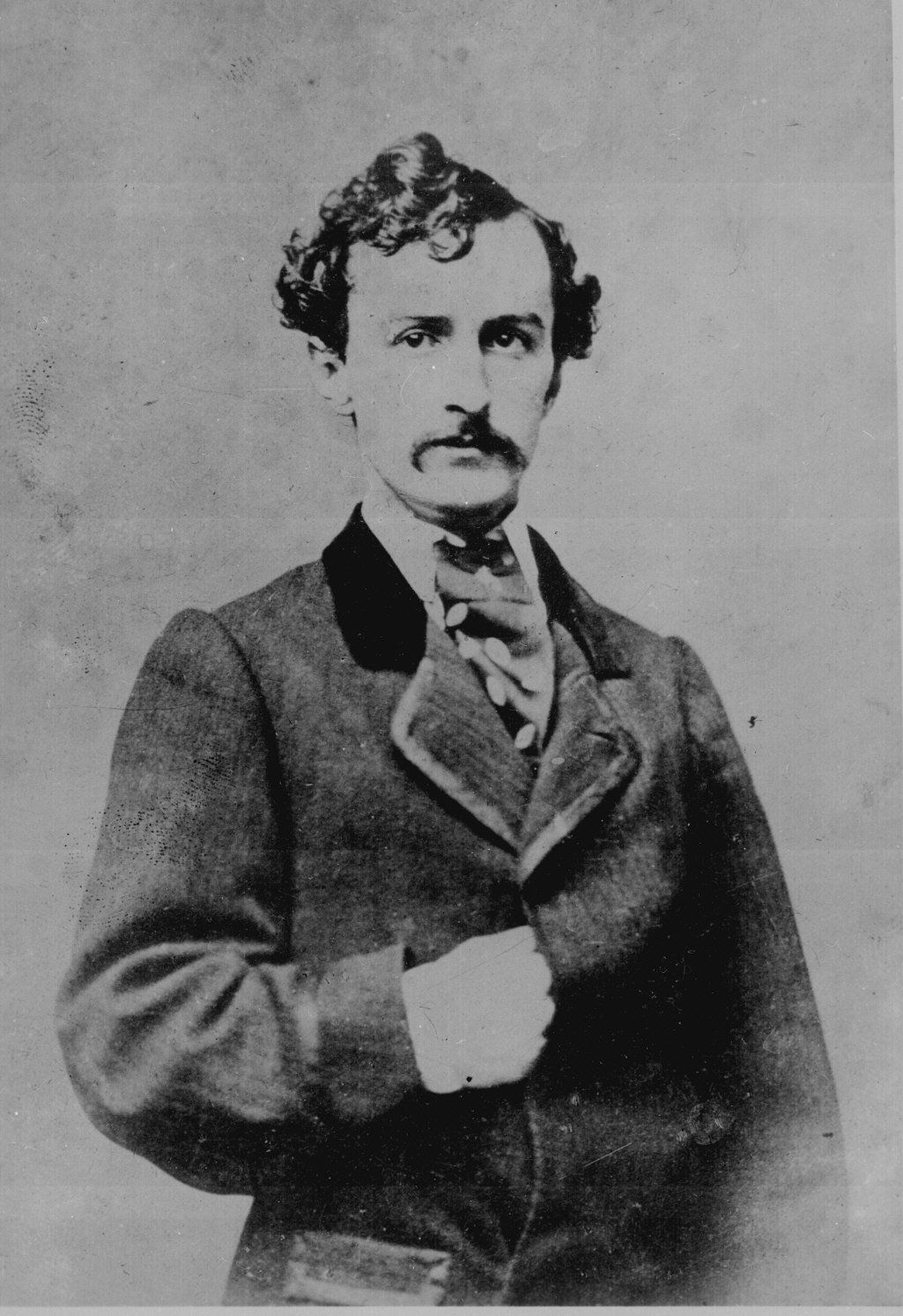 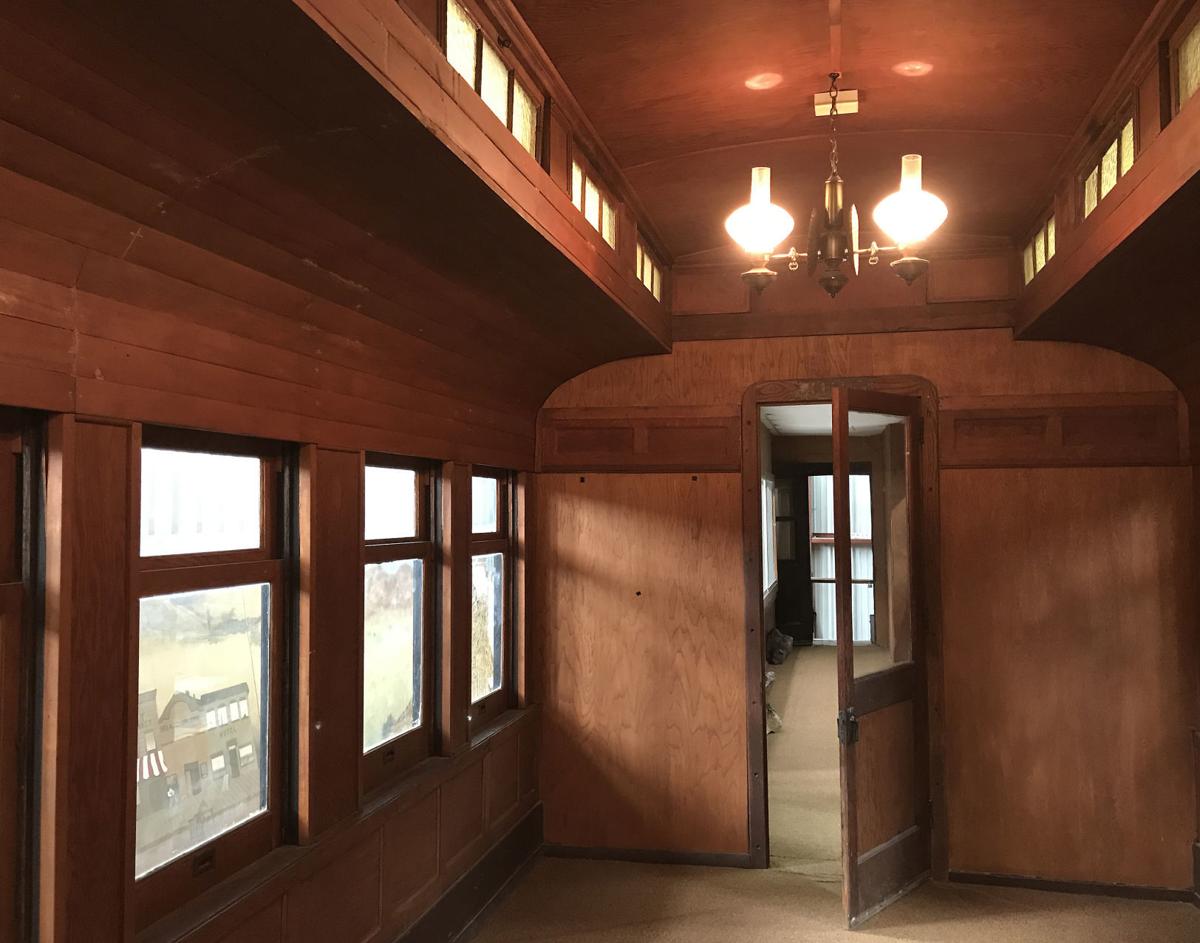 The interior of a luxury Pullman car said to have displayed the body of John Wilkes Booth in a traveling show is seen at the Cassia County Historical Museum.

Editor’s note: This column ran October 11, 2012, in the Times-News and at Magicvalley.com.

History is full of myths and conspiracy theories — and one of these myths pulled into town on the rails and never left.

Most historians — but not all — agree that Booth was tracked down and killed two weeks later in a barn in Virginia. Booth’s body was buried in Green Mount Cemetery in Baltimore.

Others say that government agents killed the wrong man in Garrett’s barn.

Rumors of his escape from the barn began to circulate even before Booth’s body was cold. Some say the body was hastily buried to cover up the government’s mistake.

“This isn’t the story you’ll find in textbooks,” said Valerie Bowen, director of the Cassia County Historical Museum in Burley.

The man claiming to be Booth turned out to be a drifter who called himself David E. George. George bore a striking resemblance to Booth and could spout Shakespeare at the drop of a hat.

Some folks in Enid took George’s confession seriously. An undertaker embalmed the body, fully expecting that someone from the government or Booth’s family would claim it.

But the body — which eventually became mummified — remained unclaimed until an old friend came for it.

The friend, Finis L. Bates, had heard George’s story before. Twenty years after Lincoln’s assassination, George (who then went by the name John St. Helen) was ill and thought that he would soon be dead. George confessed to Bates, who was a lawyer.

After George recovered, Bates notified the government of St. Helen’s confession, but no one seemed interested.

After hearing of George’s suicide and mummification, Bates asked a judge in Oklahoma for the body. The judge agreed, thinking that Bates would give his friend a decent burial.

Eventually, the mummy — affectionately known as “John” — was leased to William Evans, the “Carnival King of the Southwest.” Evans paid a $40,000 bond, plus a fee of more than $2,000 a year, to display John what he called the greatest freak-animal show in the country.

After a train wreck destroyed his carnival business, Evans traveled from town to town in a luxury Pullman rail car, charging folks a fee to see the mummified body of “John Wilkes Booth” in a coffin.

Evans later retired and moved John and the Pullman car to a small potato farm in Declo. He eventually left town with the mummy, but Evans left the Pullman car where it sat.

Evans’ Pullman car “has come a long way,” Bowen said. Since it was sold, the rail car has been used as a barber shop, a residence and a pig pen.

The rail car was moved from Declo to the Cassia County Historical Museum in Burley a few decades ago, where it was cleaned up and remains on display.

“It’s not the plush private car it used to be,” Bowen said, “but it’s not a pig pen anymore.”

The mummy was last seen publicly in 1976 before it was sold to a private collector.

Hidden History: The Mosler safe in the county courthouse

Just inside the Fourth Avenue North entrance of the Twin Falls County Courthouse sits a Mosler “cannonball” safe, made in the early 1900s. True to its obligations, the only secret the safe reveals is that it once belonged to the Bank of Hansen.

Hidden History: From Riverton to Heyburn

Longtime Heyburn resident J.A. Handy described in 1959 the area before the Minidoka Project.

Hidden History: The 'Great Commoner' announces the birth of great-granddaughter at National Convention

History is full of myths and conspiracy theories — and one of these myths pulled into town on the rails and never left.

The interior of a luxury Pullman car said to have displayed the body of John Wilkes Booth in a traveling show is seen at the Cassia County Historical Museum.