During World War I, an outbreak of the H1N1 virus spread rapidly across the globe. While the disease hit Idaho in late September 1918, Twin Falls remained free of what was then called the “Spanish flu” until after the war was over.

Twin Falls residents celebrated the end of the war with barbecues and parties, oblivious to the risk of spreading the disease.

Death notices printed in November 1918 signaled the start of the Spanish flu epidemic in the Magic Valley.

Two of the first Spanish flu deaths reported in the area were of a married couple who had just moved to Rupert from Green Forest, Arkansas. The couple, in their early to mid-20s, died 17 hours apart after they arrived at their new home, leaving a 3-year-old son. The remains of Mr. and Mrs. Fay Wisdom were returned to Arkansas and their son was left with two aunts in Rupert, according to the Nov. 16, 1918, edition of the Twin Falls Daily News.

Little Lydia McCormick, 6, of Heyburn died about the same time, while the rest of her family recovered from the flu.

Several days later, Daily News reported three flu-related deaths in the valley. As the number of deaths rose, the newspaper began reporting individual cases of the flu. On Nov. 18, the paper reported that six from Murtaugh were recovering from the flu.

Gus Ellison, a healthy 28-year-old Swedish immigrant from Stockholm, died of the flu on Nov. 16, 1918, less than a week after the armistice was signed in France.

Blue’s influenza article explained that the epidemic was not “Spanish” in nature but was named for King Alfonso of Spain, who became gravely ill with the disease. While scientists labeled the disease as a form of influenza, they didn’t know what “filterable agent” caused Spanish flu, so researchers looked for a specific bacterium to blame.

“Bacteriologists who have studied influenza epidemics in the past have found in many of the cases a very small rod-shaped germ called, after its discoverer, Pfeiffer’s bacillus. In other cases of apparently the same kind of disease, there were found pneumococci...,” Blue said in the article. “Still others have been caused by streptococci, and by other germs with long names.”

News from the front lines of the Great War took priority over health issues, but, in the end, more Americans died in the Spanish flu than were killed in action during the war. The 1918 Spanish flu pandemic was one of the deadliest in history, killing up to an estimated 75 million people worldwide.

‘Cover up each cough and sneeze, if you don’t you’ll spread disease’

Folks who died from the Spanish flu often died of respiratory complications such as pneumonia. While health officials didn’t know what caused influenza, the surgeon general warned readers about “droplet infection” that could spread the highly contagious disease.

In San Francisco, residents were ordered to wear “influenza masks” — made of eight layers of gauze — in public, and those who disregarded the compulsory measures were fined $5 to $10 or sentenced to a day in jail.

The 1918 influenza outbreak hit parts of rural Idaho hard. Nearly half of the residents of Paris, in Bear Lake County, died during the epidemic, according to the Idaho Department of Health and Welfare. Idaho’s small Native American population had 650 influenza cases and 75 deaths.

A flu epidemic typically lasted a month or so, but this one was different. The first wave in the spring of 1918 was mild, but a second wave that hit in the fall was more severe. Health officials now think the virus traveled to Europe with the military then mutated, creating a new, more dangerous strain that U.S. soldiers brought back with them.

Quarantines then were inadequate in stemming the spread of the disease, the health department said, probably because influenza was not understood as it is today.

The epidemic subsided in the summer of 1919.

In the past 100 years there have been four influenza pandemics. They include the following:

Complete coverage: What Idahoans need to know about the coronavirus

The acoustics of the city's band shell were so poor that the municipal band had to play their instruments on the grass in front of the structure.

Seismologists recorded the 1983 earthquake centered near Mount Borah at about 7 on the Richter scale. The quake killed two children in Challis.

The editor of the Twin Falls Chronicle tried to end rumors that certain styles of women's clothing were responsible for spreading the Spanish flu.

There are many versions of how Red Cap Corner got its name. Some sound plausible and others sound far-fetched. 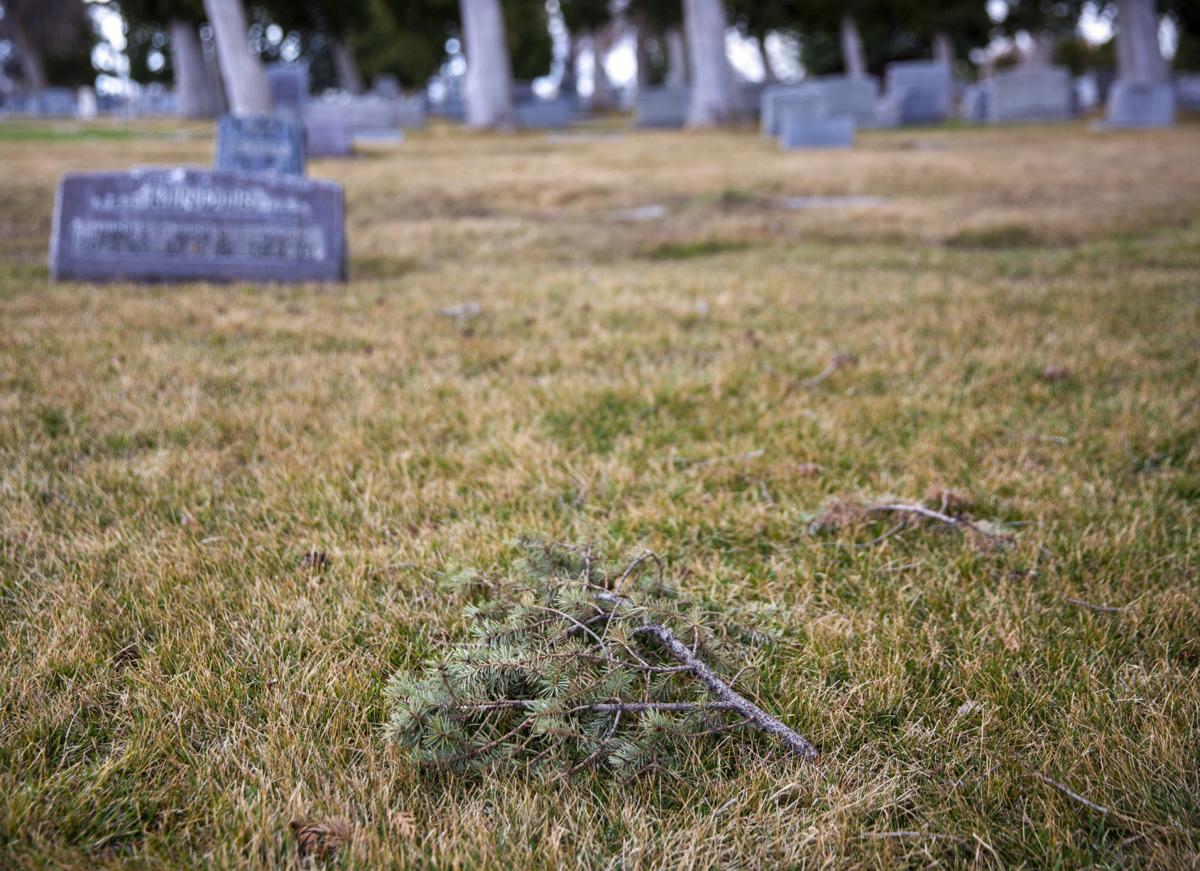 The nearly forgotten, unmarked grave of Gustave Ellison, who died in the 1918 flu epidemic, sits unattended Tuesday at the Twin Falls Cemetery in Twin Falls.