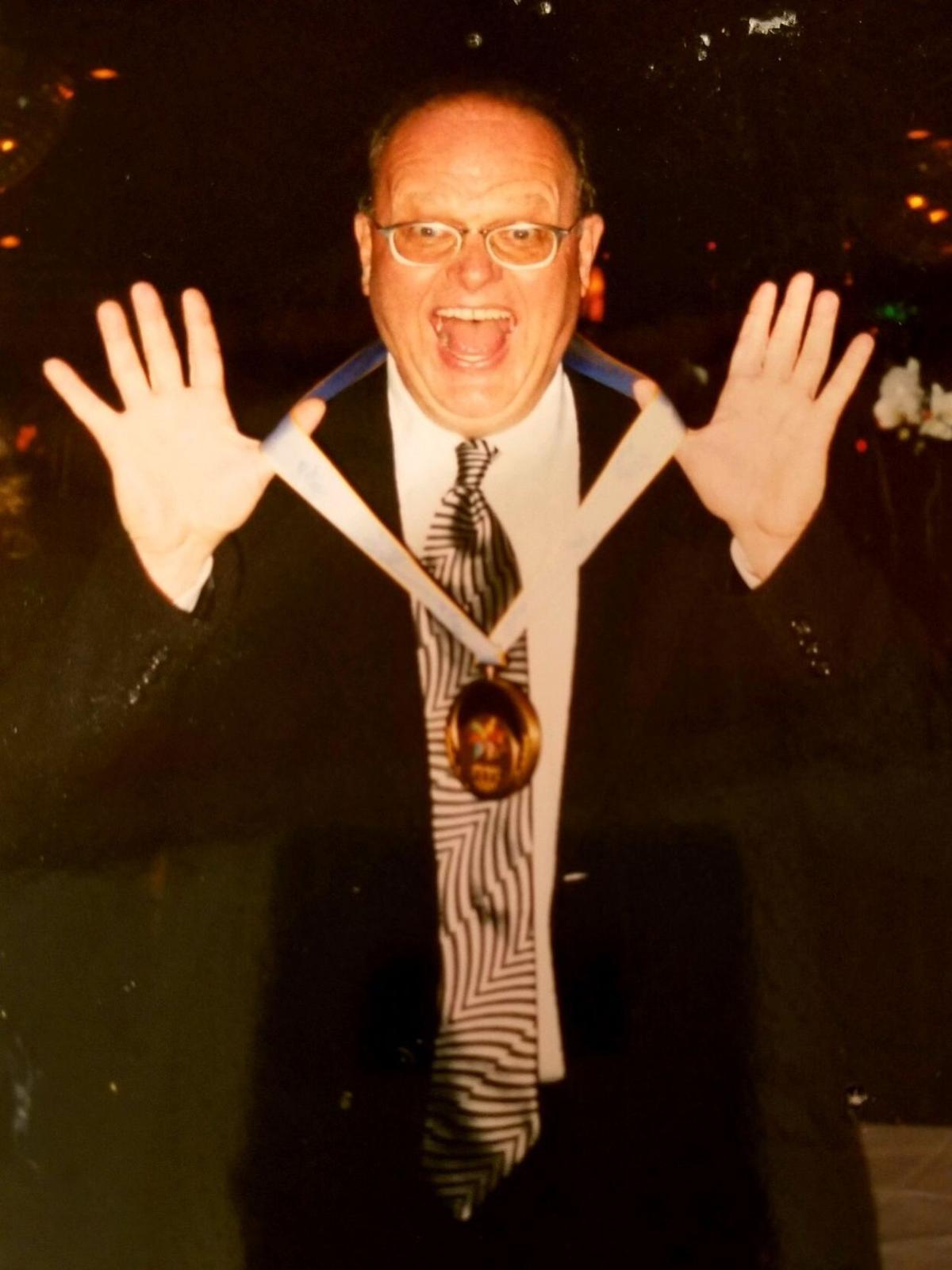 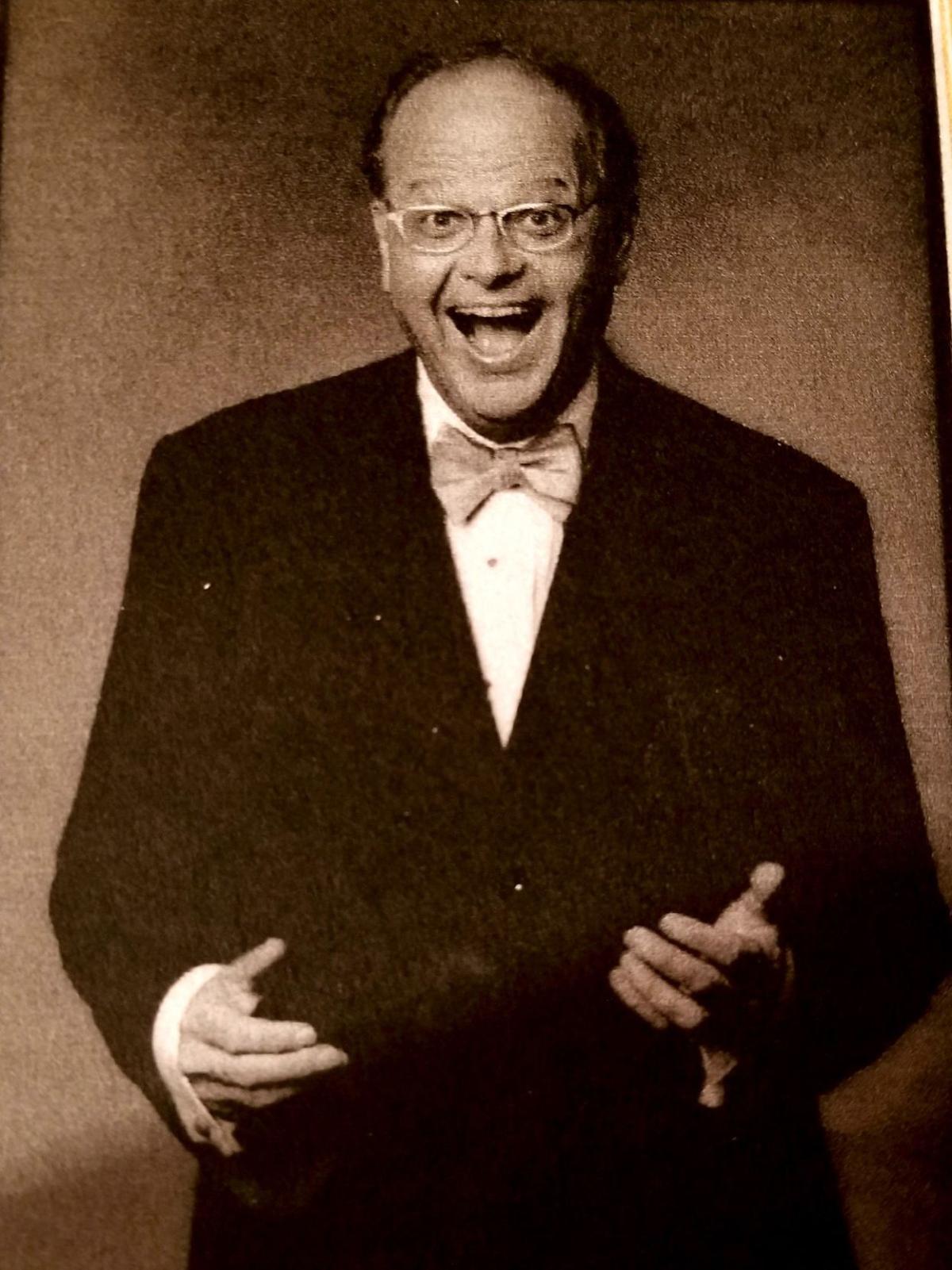 Don Shelton For the Times-News

KIMBERLY — When Harry Denton became the charismatic front man of San Francisco’s bar scene, selling drinks to politicians and movie stars while dishing out style and compliments, he never forgot one thing.

He was a small-town kid from Idaho.

His roots reached back to his native Kimberly, a little farm town just outside Twin Falls, and to Moscow, the eclectic place in the panhandle where he attended the University of Idaho. Whenever his friends, relatives or fraternity brothers came to the Bay Area, Denton gave them a night they’d never forget. He’d supply dinner, drinks and a hotel suite.

Denton’s success as an entertainer and businessman was simple: He made everyone feel good about themselves. He practiced it in a series of bars, culminating in Harry’s Starlight Room on the 21st floor of the Sir Francis Drake Hotel. He discovered his gift in Kimberly, where he was class president, prom king and cheerleader, and he polished it at U of I as a Phi Gamma Delta (Fiji) fraternity brother who threw the best parties on Greek Row. He still charmed residents and visitors this summer at an assistant-living facility in Seattle, where he died Aug. 22 of natural causes. He was 77.

Harry Tom Denton, born Nov. 10, 1943, was a natural entertainer. The middle of three Denton boys from a prominent Kimberly family inherited sides of his father and mother. Bob Denton, who ran the family bean- and pea-packing business, loved to cook and throw the best parties in town. Harriet Denton, who Harry adored, was a striking, charismatic woman who was the perfect party hostess and insisted her son take piano lessons at about 6. Harry also got his first name and sense of style from his maternal grandfather and his musical ability from maternal grandmother, Goldie.

“Harry loved to throw parties,” said his younger brother Jim, who along with his wife, Johnnie, cared for his brother during the final years. “It was in his DNA, his personality. It was his calling.”

In the late 1950s, Kimberly was a sleepy town of about 1,200 with one stoplight. Even then, Harry had irresistible charm and humor, plus an uncanny ability to make the best of any situation. When his father convinced him to turn out for track, Harry ran dead last in the mile but drew cheers from his schoolmates as he wobbled to the finish. He wasn’t an athlete, but Harry was a great dancer and a good skier. When he showed interest in hitting the slopes, his father bought him top-of-the-line Head skis and apparel.

In 1958, four Kimberly seniors, including Harry’s older brother Robbie, formed a singing group called the “No Notes” and put on shows at school assemblies around the area. Harry, only a freshman, accompanied them on piano. When the quartet launched into “At the Hop” in nearby Gooding, Harry stood up, kicked the bench back and pounded the keyboard like Jerry Lee Lewis. The girls went wild.

“He had that talent and that magnetism,” said Ken Reagan, a friend and fraternity brother from Kimberly.

Denton already had an obsession with clothes, especially the dozens of stylish sweaters he collected. He later owned 13 tuxes and 113 pairs of shoes.

When he pledged at the Fiji house at Idaho, he won over brothers with his ability to play the grand piano and organize parties at a moment’s notice. If anyone needed dates, H.T. made a few phone calls and knocked on doors at sororities. A stream of girls showed up within 30 minutes.

After his sophomore year at Idaho, Denton sold 50 of his sweaters and packed his bags for San Francisco. He worked in banking and retail until his constant partying got him fired. “Best thing that ever happened to me,” he said. A friend hired him as a bartender, and he knew within a week that he had found his calling. When he managed and later owned his own bars, he hired, trained and mentored countless young men and women, including his nephews Jason and Joe Denton, who remain in the restaurant business. Bob Brown, one of about 20 Dartmouth graduates who worked for Harry, remembered the first time he saw him. Denton secretly climbed a ladder into a hidden alcove at Henry Africa’s, and when a button was pushed, stained glass windows parted and lamps withdrew into the ceiling, revealing Harry playing show tunes.

“He was Liberace, Elton John and Madonna all put into one,” said Johnny “Love” Metheny, a Denton protégé who now owns three restaurants.

Denton was involved in at least 12 bars, and four carried his name and inimitable sense of style. In 1995, he turned Harry’s Starlight Room into a legendary old-school lounge with lace, red velvet, dark wood and panoramic views of the city. All of his devastatingly handsome male bartenders and waiters were dressed in tuxes and tails, just like Harry, and all of his drop-dead gorgeous women on staff wore full-length black gowns that Denton designed himself. He created “Sunday’s a Drag,” a brunch and drag show that only burnished his growing legend.

David O’Malley, who now lives in Napa, California, and oversees four restaurants, was hired as a bartender at Harry’s Southside in 1988 and was director of operations at the Starlight. “It was always a party,” he said. “He was energy, pure energy.”

Harry was never too big or too busy for someone from Idaho. “He never forgot the Kimberly kids,” said Linda (Teter) Kvamme, who had known him since first grade and now lives in Boise. “He treated us like royalty, like we were celebrities.”

He stayed connected to almost everyone, with handwritten cards, phone calls and dozens of flowers. “The number of people who knew him and knew of him is an endless set of spokes,” said Mary Fenton Gradinger, another of his former bartenders who now sells real estate in Los Angeles. “And the more spokes the better.”

Denton was an LGBTQ icon in San Francisco. He had his faults. His weight seesawed (he claimed he had three sizes of clothes: extra-large, fat and obese) and he smoked and partied too much. “His humanity outweighed his vices,” Brown said.

Denton received numerous awards, including the Wine and Restaurant Achievement Award from the Anti-Defamation League in 1999, and at least two San Francisco mayors proclaimed days in his honor. He gave generously to many causes and emptied his wallet for anyone asking for a buck. Barbara Breskovich, a close friend and neighbor, watched him fork over $1,000 to one homeless man. He supported Hamilton House, a nonprofit for homeless mothers. On Mother’s Day he dressed the women in new gowns, had their hair, makeup and nails done and hosted a huge Sunday buffet. Elderly women in his apartment building found pastry he had wrapped with ribbon at their doors three or four mornings a week.

“He was a big man, with a big appetite, but he had a huge heart,” O’Malley said.

Denton’s glory days faded after he suffered a stroke in 2013 and was diagnosed with dementia. He moved to Seattle and into assisted living. I met him earlier this summer and interviewed him for a book about our fraternity. Don’t expect too much, Jim cautioned before pushing his wheelchair into the courtyard. Harry wore a T-shirt, sweatpants and a weary expression on his unshaven face, but when I mentioned I was a fraternity brother from Idaho, he broke into a smile. For the next hour, Harry recalled his days in Kimberly, Moscow and San Francisco. As he spoke, two other residents sitting nearby smiled and nodded, taken in by Harry’s stories, charm and warmth.

Harry was on a roll. “I’m in great shape!” he announced. “I just lost 30 pounds! But I’m 77, and that’s (expletive) old. Seventy-seven is old!” A voice from the next table protested. “I’m 86!” You callin’ me ancient?” It was an African-American man sitting nearby wearing a colorful kufi cap and a huge smile. We all laughed. Harry had made a new friend, just like the old days.

Harry had a tattoo on the bottom of one big toe that read: “tag here,” a final joke for the mortician. He always had a perfect sense of timing and a flair for the dramatic. That proved to be true to the end. Twenty-four days after our interview, where he entertained fellow residents, made a new friend and recalled his glory days, Harry Denton died.

“There was one original,” said Linda Morris, a longtime friend from Kimberly. “There will never be another like him.”

Survivors include his brothers, Bob Denton and wife Chris, of Boise, and Jim Denton and wife Johnnie of Bellevue, Washington; nieces Robyn Fanlayson and husband Frank, Heather Richard and husband Brad, and Jamie Moore and husband Aaron; nephews Jason Denton and wife Jennifer, and Joe Denton and fiancée Caroline Brown; and countless fans, friends and coworkers. A celebration of his life in San Francisco is tentatively planned for Nov. 11, and a memorial and celebration in Twin Falls is likely to be scheduled in the spring. Information on both will be updated at rememberingharrydenton.com. To donate to a scholarship for Idaho Fijis established in Denton’s name, go to uidahofiji.org/scholarship.html.

Don Shelton, a native Idahoan, is the retired executive editor of The Seattle Times and teaches journalism at the University of Idaho, his alma mater. A member of Phi Gamma Delta (Fiji) at Idaho, he interviewed Harry Denton for a book about their fraternity chapter. He can be reached at dshelton111@gmail.com.

Does anyone remember burying a time capsule 65 years ago at Morningside Elementary School? Betsey Lewis does.

Hidden History: The steam-engine tractor in the Snake River

George Paxton was about 10 years old when his father, John Paxton, and farm equipment dealer Harley Williams made plans to drive a steam engine over the canyon rim. 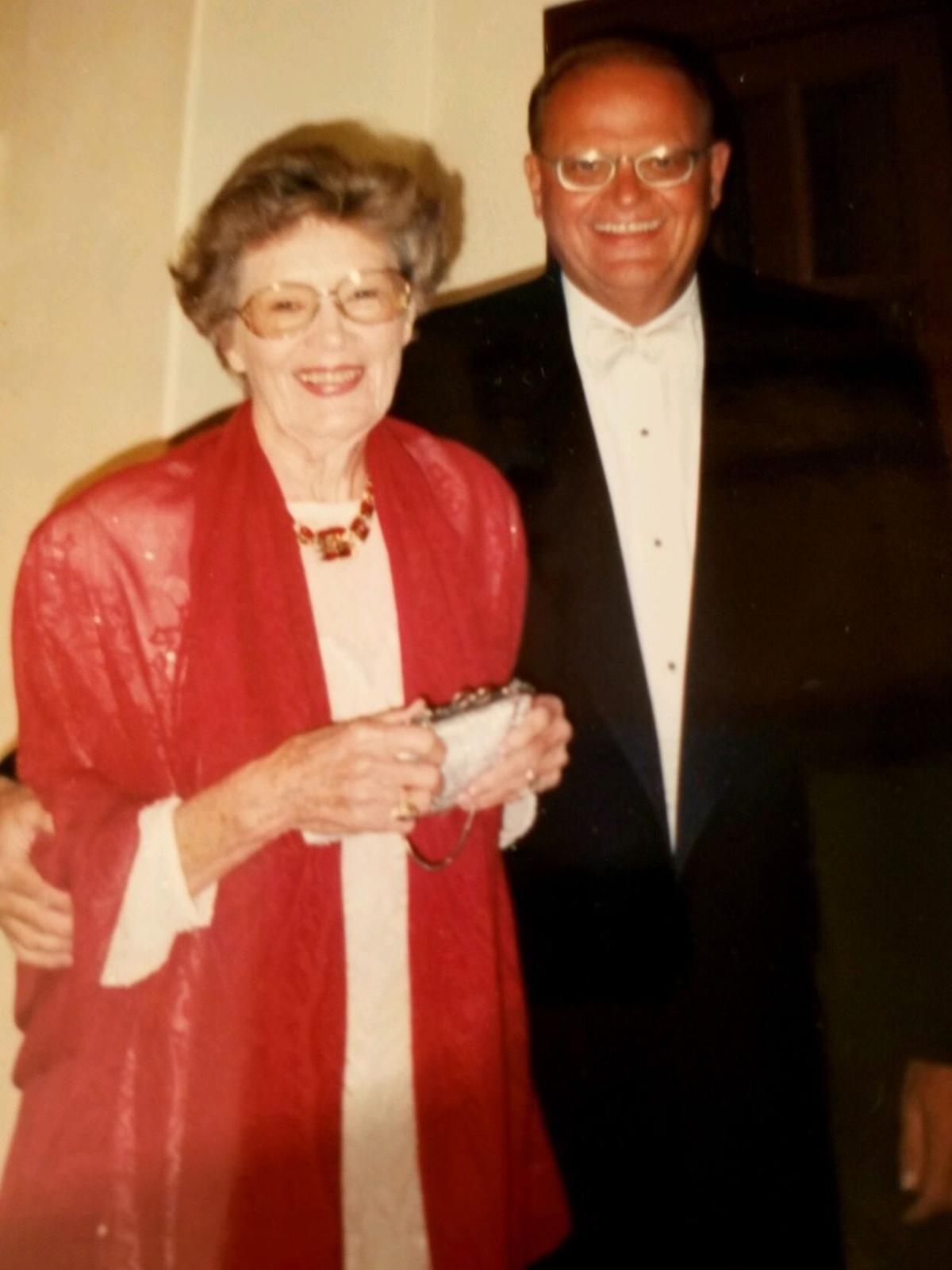 Harry Denton and his mother, Harriett. 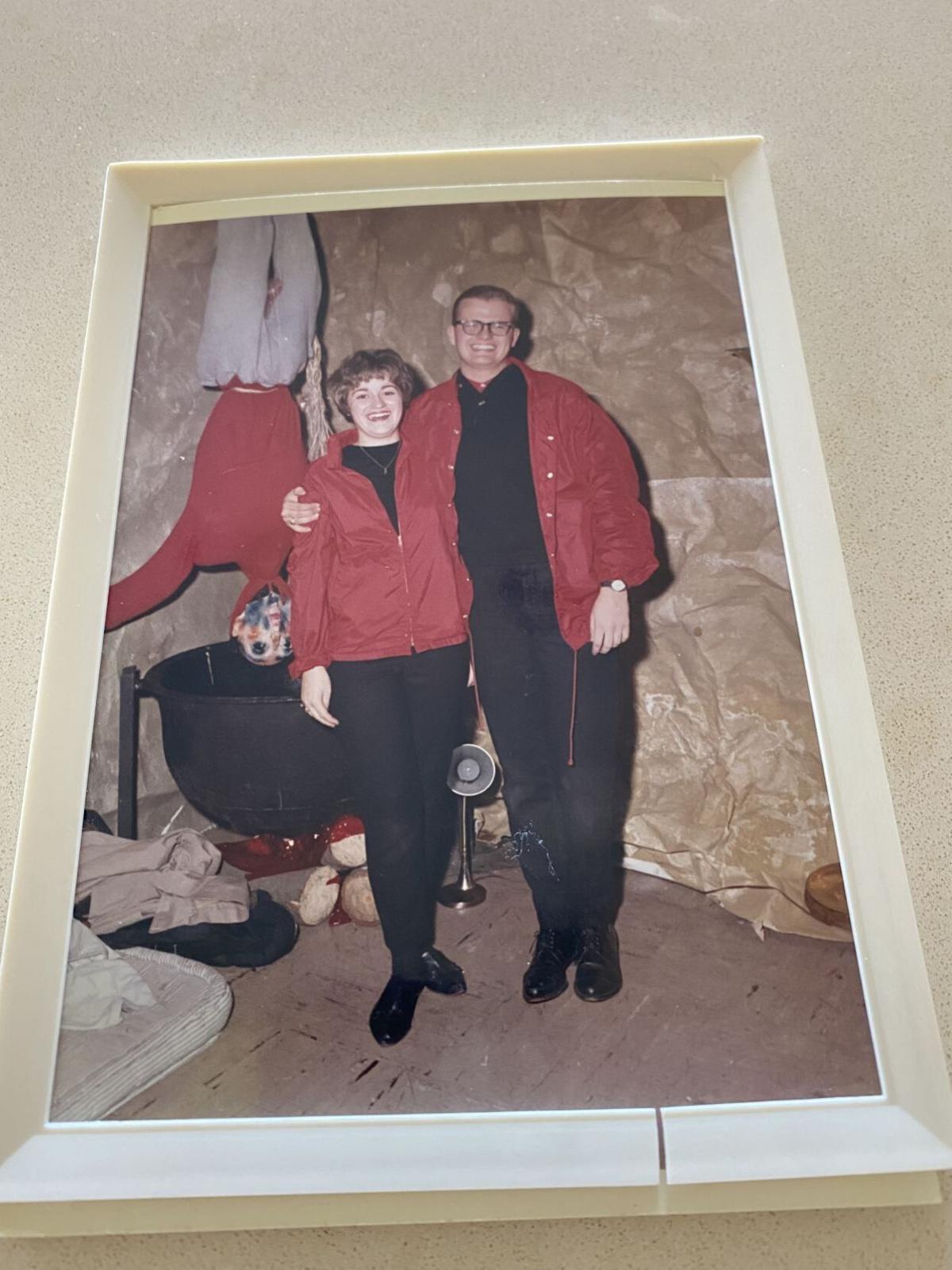 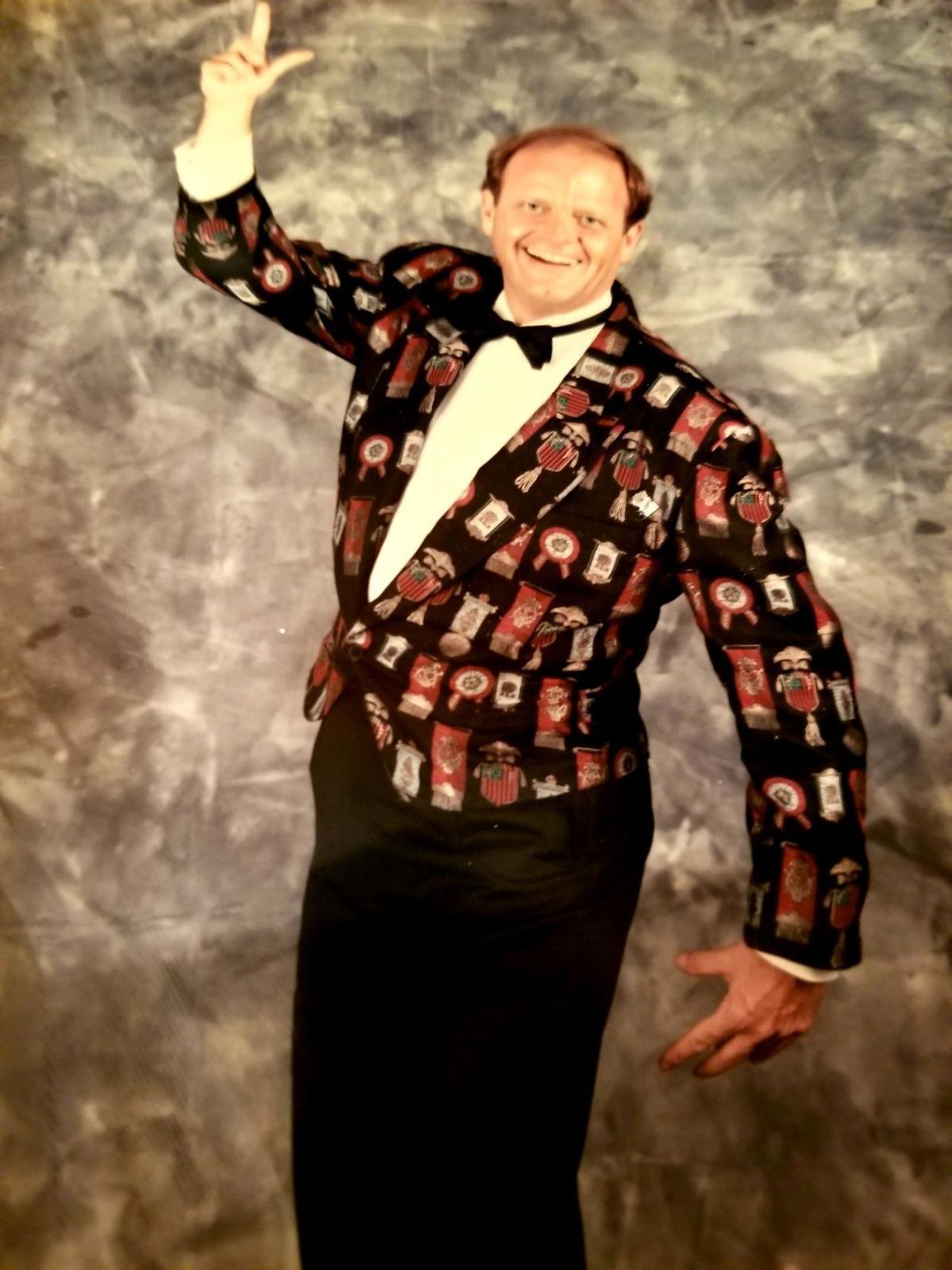 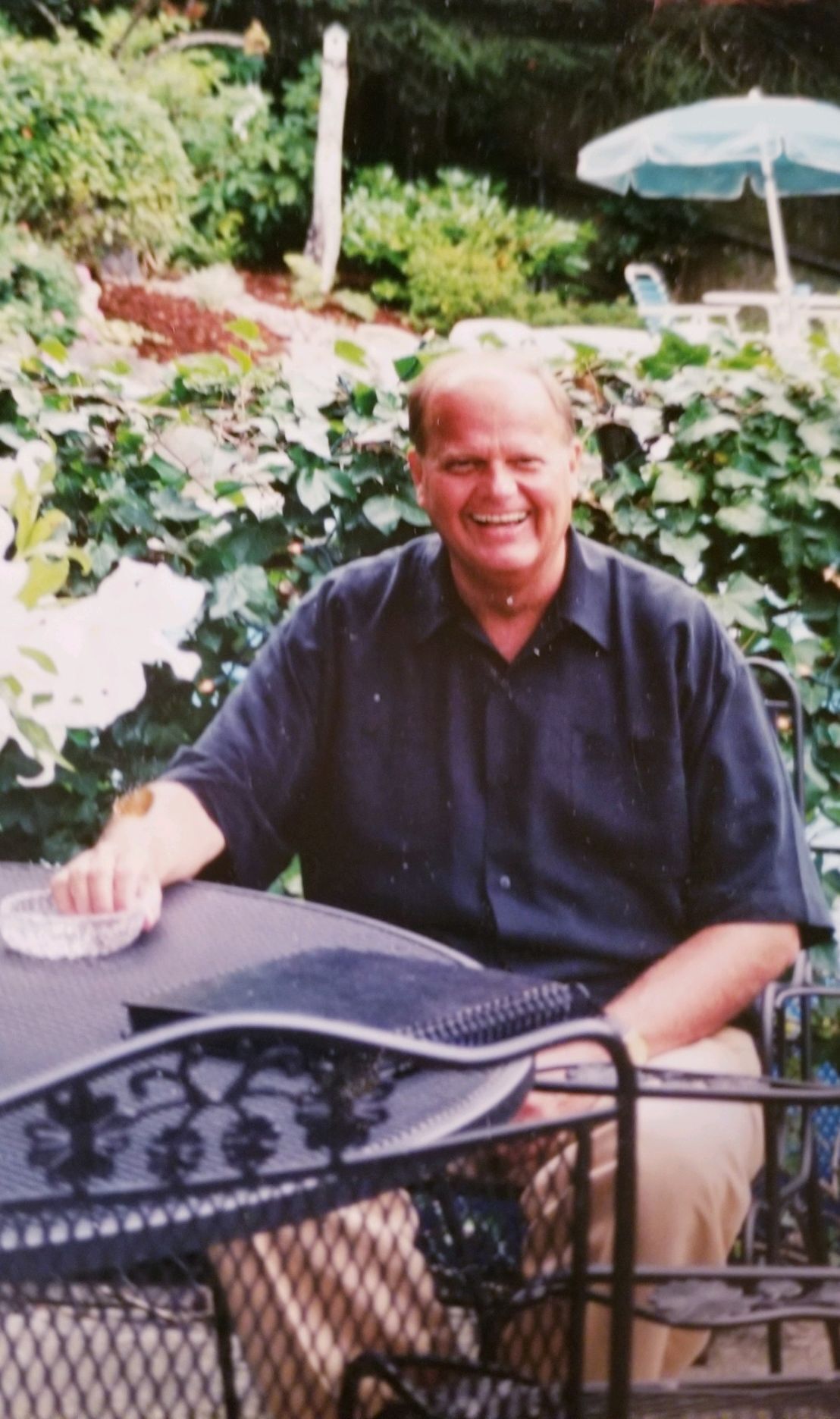