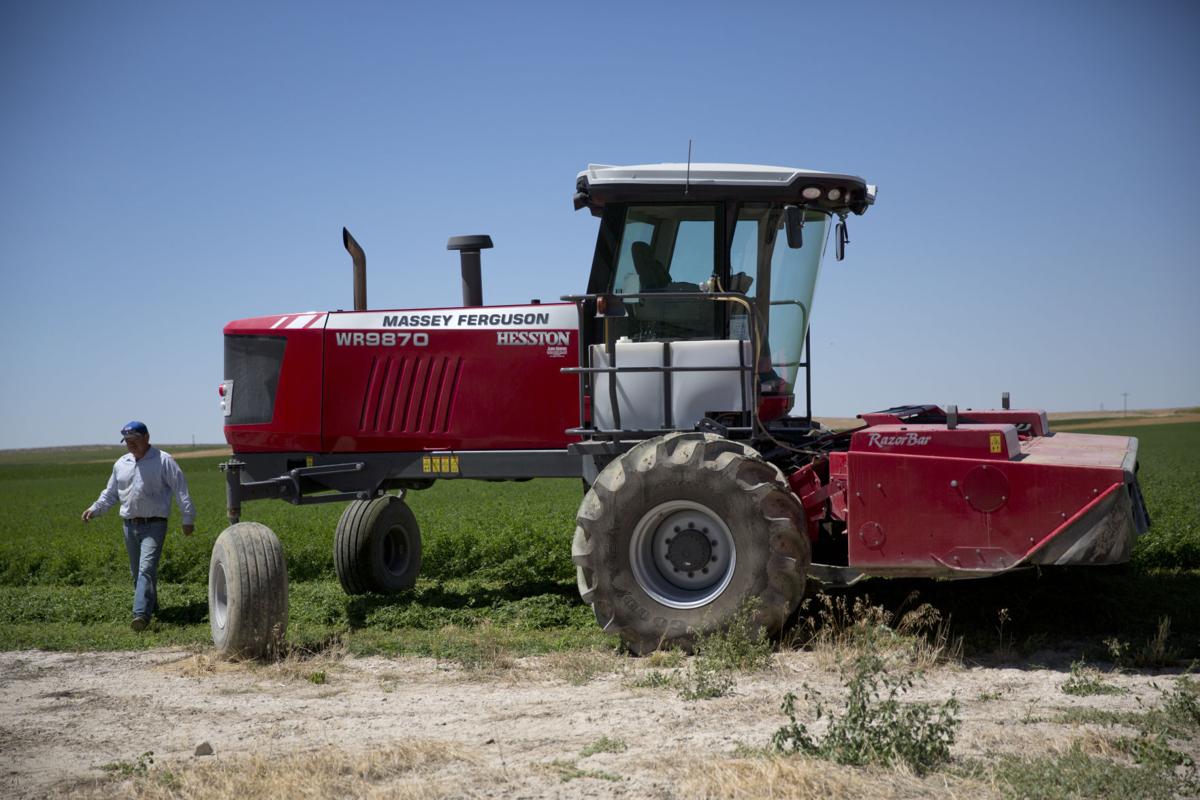 German Roman Bojorquez, in the U.S. on an H-2A visa, walks away from a swather as he leaves for a break Aug. 3 at Armand Eckert’s farm in Buhl. Eckert hasn’t found local workers since the 1970s and relies entirely on temporary ag workers from Mexico. 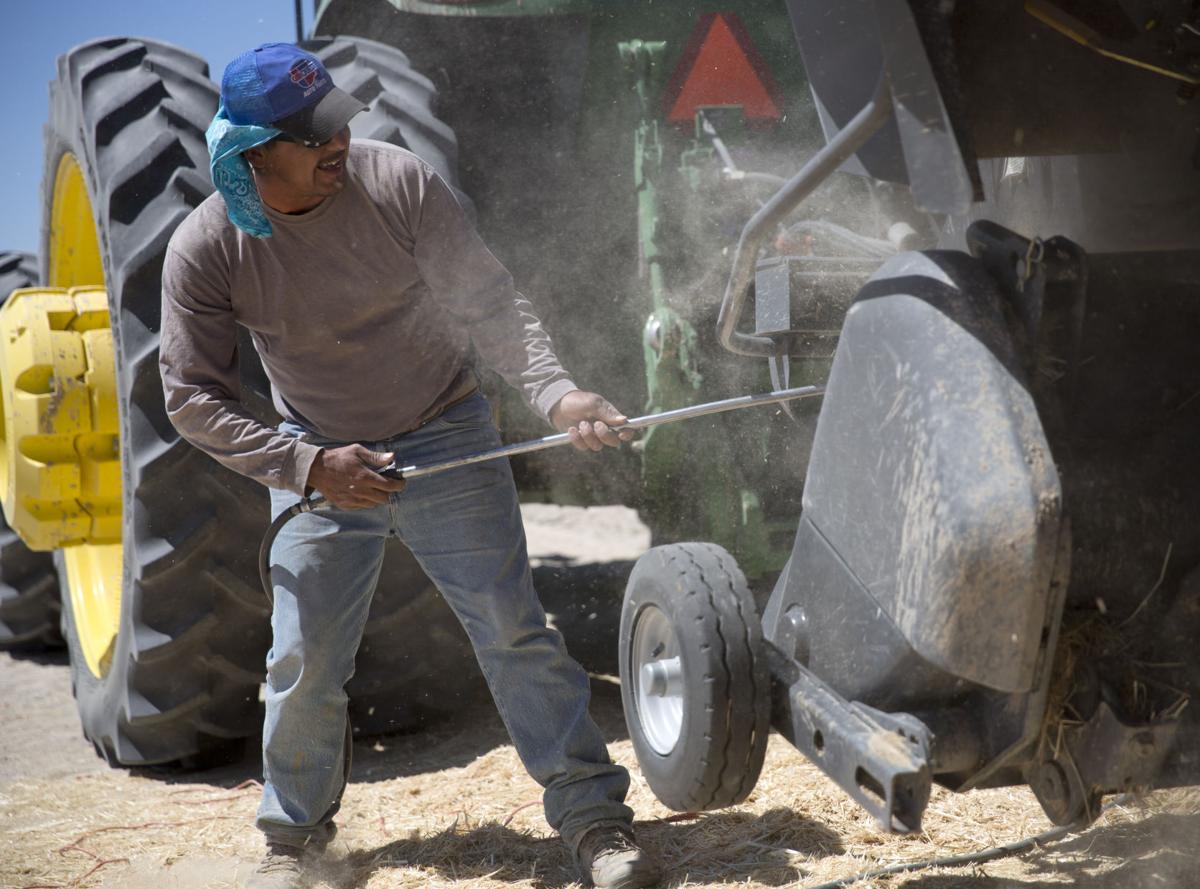 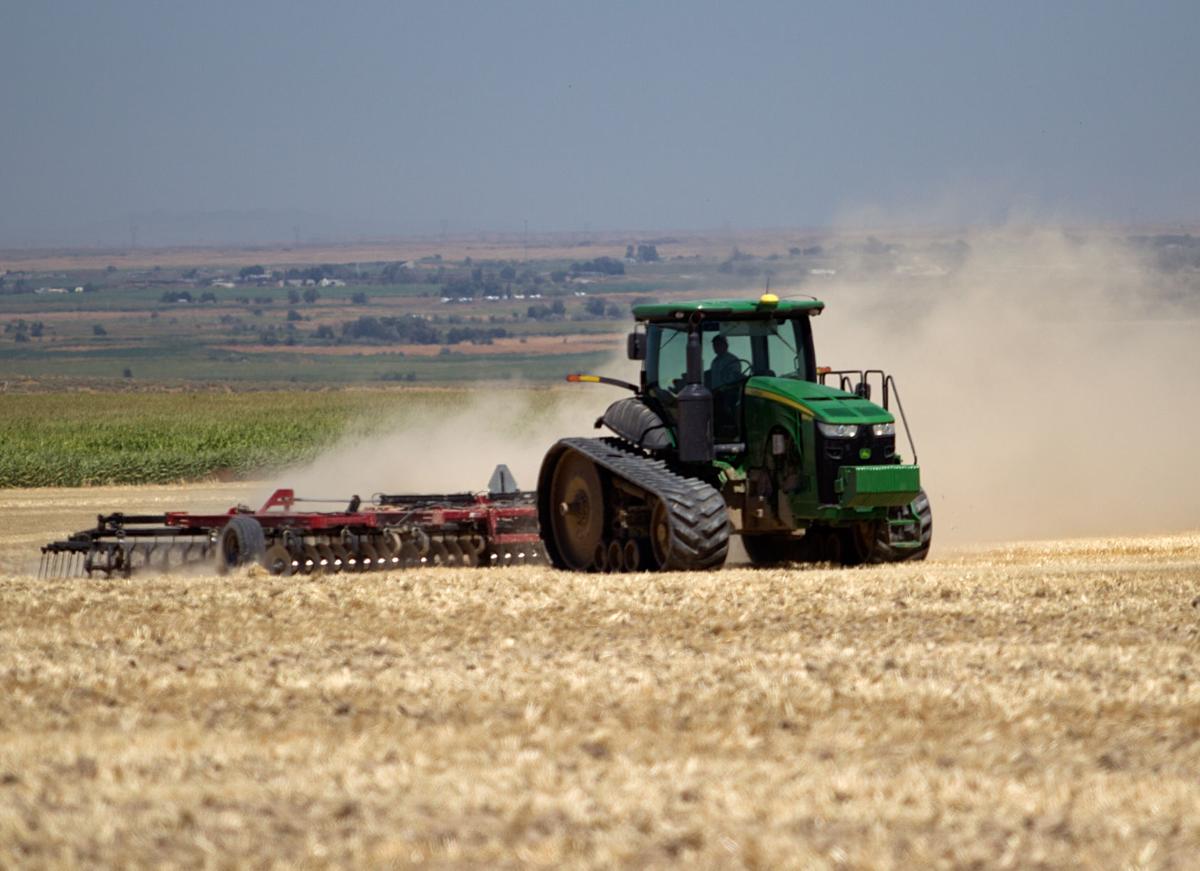 Jesus Ramon Roman Molina drives a tractor Aug. 3 at Armand Eckert’s farm in Buhl. Molina has been a seasonal worker for Eckert since 1986. 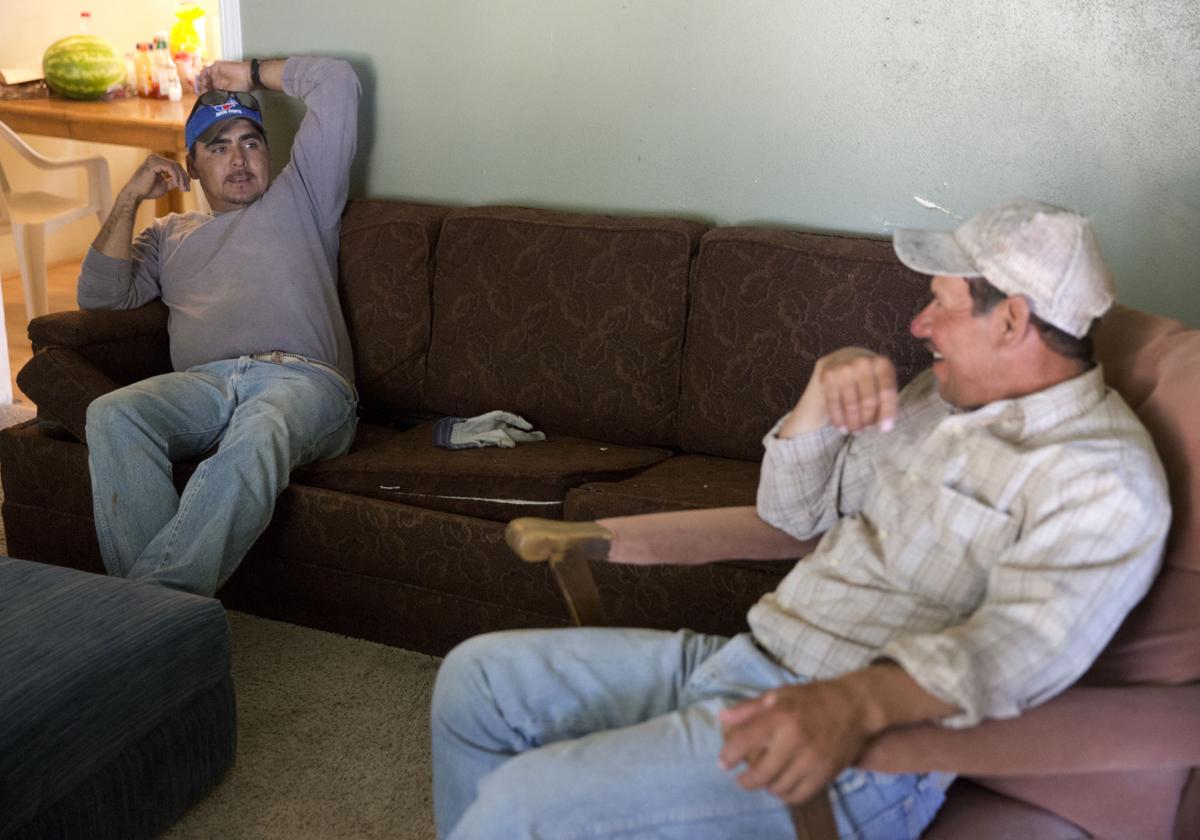 BUHL — On a blustery afternoon in early August, Jesus Molina prepared land for alfalfa. Dust flew as he drove a giant John Deere tractor across a Buhl field.

Molina, from Sinaloa, Mexico, has worked at Armand Eckert’s farm since 1987 on H-2A visas. The reason he keeps coming back? The economy, he said through an interpreter. “Back in Mexico, the situation is tough. It makes sense to be here.”

Eckert added: “When he first came, neither of us had white hair.” They both laughed.

But the old arrangement has a new wrinkle.

Nationwide, the number of temporary agricultural workers with H-2A visas has nearly tripled in five years. Employers are struggling with federal government delays in getting workers processed, resulting in their late arrival and an economic impact on the agricultural season.

Idaho’s congressional delegation is pushing for changes to H-2A visa processing. But immigration remains a hot topic nationwide, and the program’s future could be affected by the outcome of the presidential election in November.

The temporary agricultural worker program is excellent, Eckert said, but “it’s always held hostage to the greater immigration issue.” Without H-2A visas, he added, “we don’t have the work force.”

Eckert, who has employed H-2A workers since 1986, said his employees were eligible to come March 1 this year. But they didn’t arrive until March 18.

“There’s always delays in getting them up here,” Eckert said.

In March, his H-2A workers typically pick rocks out of fields for a couple of weeks to prepare for planting, then repair and put in hand line sprinkler pipes, then start watering sugar beets and moving hand line sprinklers three times a day. If the workers arrive late, the rocks don’t get picked or the Eckerts do it themselves. Sugar beet and barley planting are delayed.

Once his workers finish with the agricultural season in late October or early November, they’re required to go home to Mexico.

An April story in the Capital Press reported problems getting H-2A paperwork processed by the U.S. Department of Labor and U.S. Citizenship and Immigration Services, which led to temporary agricultural worker shortages in more than 20 states this spring.

There’s too much uncertainty for legal workers who are coming in and for employers to make sure they’re following federal laws correctly, Nothern said. “The whole program right now is too uncertain and needs to be improved.”

The temporary agricultural worker program is also caught up in the overall immigration debate, Nothern said. “The situation seems to get blurred.”

Idaho U.S. Sen. Jim Risch wrote in a statement to the Times-News that the H-2A program is “absolutely critical to the agricultural industries in Idaho where a skilled workforce is needed.”

But he, too, involved the larger immigration issue in his praise of the H-2A program.

“While I support the program and have called for improvements to make it more efficient, I also recognize the challenges we face with our current immigration system and vetting process,” Risch wrote. “Any solutions advanced must both keep our country safe and provide the workforce for the agriculture industries.”

In 2012, Risch and Crapo signed a bipartisan letter requesting improvements to the H-2A program.

Idaho’s two U.S. representatives, Raul Labrador and Mike Simpson, were among 102 congressmen who sent a June 10 letter to the U.S. Department of Labor and U.S. Citizenship and Immigration Services, saying there are serious issues with administration of the H-2A program.

It’s “creating a growing number of delays in the timely processing of applications and visa petitions,” the group wrote. “This breakdown is impacting growers and ranchers who are trying to hire workers in time for the harvest and threatening millions of dollars in perishable agricultural products.”

Labor shortages and demand for H-2A workers are growing, the group wrote. And more employers are receiving notices from federal agencies requiring them to prove “that agriculture is in fact seasonal in nature.”

“These notices create an unnecessary and untimely delay in the process,” the congressmen wrote. They also acknowledged a need for “broader improvements to our legal immigration system.”

A U.S. House bill — the Family Farm Relief Act of 2015 — proposes streamlining the application process for H-2A visas, but it’s stalled due to a partisan divide.

The problem with the program is that it’s overly regulated, Eckert said.

Once an agricultural season is over, returning workers must apply again for a visa and go through another round of background checks.

Eckert’s suggestion: Workers who’ve worked in the U.S. for at least five years should get a pass.

How many workers are here?

The Immigration Reform and Control Act of 1986 allowed farmers to hire workers through a legal program. Before that, many farmers hired illegal workers, Eckert said, but “farmers want to do things right and correct.”

Across south-central Idaho, 898 workers have H-2A visas, according to the Idaho Department of Labor. The region ranks second highest in the state, only slightly behind the Idaho Falls area.

About 150 employers in Magic Valley have temporary agricultural workers, according to the Snake River Farmers Association. The association provided data but didn’t respond to multiple interview requests.

The workers most often fill farm, irrigation and equipment operator jobs, the Idaho Department of Labor said. Less common occupations include ones in the sheep industry — such as a herder, wool sorter or shearer — and working with bees or mink.

Most agricultural producers use a recruitment company to help with H-2A paperwork and hiring, said Jan Roeser, regional economist for the Idaho Department of Labor.

Any U.S. workers who apply are given priority. After that, H-2A visas are issued to foreign workers to fill available jobs.

In 1973, Eckert put up a poster on a bulletin board at College of Southern Idaho seeking workers. “There were pretty snide remarks written on it,” he said.

It was the last year he had a U.S. worker as an employee. Nobody, he said, has been interested.

One early-August afternoon, Eckert got into his Ford Super Duty truck and drove along the property. He had been awake since midnight, baling straw until 10 a.m.

“We can’t bale this straw when it gets hot,” he said.

When Eckert’s family moved out to the land in 1958, it was all sagebrush. Eckert’s father, Maurice, passed the property to his sons.

“Sugar beets are a real pain in the butt to get going,” Eckert said.

The Eckert family used to have 10 H-2A workers, but technology has become more efficient — such as circular sprinklers and tractors with GPS. Now it has eight.

Four brothers — including Eckert — run the business, along with two nephews. They labor alongside the temporary ag workers.

Many of Eckert’s workers have been with him for many years. “A stable work force is everything in any industry,” he said.

Eckert attended Buhl High School, CSI and Boise State University. He learned to speak Spanish in school and went to Brazil through a Rotary Club program.

Most of his workers are from the original 1986 crew or are related to them, Eckert said. He said he treats workers like family and has visited each of their homes in Mexico. None of the men drink or do drugs, he said, adding they’re religious and are great family members.

A temporary agricultural worker’s spouse and unmarried children younger than 21 can apply for an H-4 visa to come to the U.S., according to U.S. Citizenship and Immigration Services. But none of Eckert’s workers have family members with them in Buhl.

By midday on that August afternoon, workers were taking a lunch break. The Eckerts provide three small, three-bedroom houses on their property for the eight workers.

In the carpeted living room of one house, where three of the men live, mismatched furniture — brown and red sofas, a pink chair — faced a small box television. A ceiling fan ran overhead. Pots were stacked in the kitchen sink near a yellow refrigerator.

The housing units can be inspected anytime during summer by state, regional or federal labor officials, Eckert said, and must comply with Occupational Safety and Health Administration standards. There are fees for violations — even if it’s just a light bulb that doesn’t work.

And the farm is subject to audits, such as of payroll documents. “The penalties they impose for making errors is substantial,” Eckert said.

In addition to housing, employers must pay some worker expenses: visa application fees, transportation to and from Mexico, work clothing, housing and utilities. Eckert’s workers are paid $11.75 per hour, the standard rate for H-2A workers in Idaho.

Irene Ramon Molina, who has worked for Eckert since the early 1990s, wakes at 5 a.m. and typically works until 8 p.m. During the peak season, he and his co-workers labor seven days a week.

By early August, they were taking Sundays off and, sometimes, part of the day on Saturdays. But even on a day off, the men move sprinkler pipes in the morning and at night.

Irene heard about the job at the Eckert farm from his brother, who came in 1987. Before that, Irene worked at construction jobs in Mexico.

Why does he keep coming back every year? “Dinero,” he said through an interpreter. Money. “Unemployment is huge is Mexico.”

All of the workers have previous farming experience, Eckert said, and that’s a job requirement.

When they’re not working, the men use their cellphones to call home to Mexico. They also use Facebook to stay in contact with family members and friends.

On weekends, they go into Twin Falls to get food — borrowing a vehicle from Eckert or someone else. They also find clothing for their children to send home to Mexico.

But Molina and his co-workers will wait another month before seeing their families face to face.

How to hire temporary agricultural workers

To hire H-2A workers, an employer must:

• Have a seasonal or temporary job.

• Prove there aren’t workers in the U.S. who can fill the position. The Idaho Department of Labor verifies the job listing has been posted and remained unfilled.

A farmer — or an organization that works for an employer — must go through several steps to become certified to hire H-2A workers:

• It must submit an application to the U.S. Department of Labor.

• Once an employer gets certification from the department, it must file a form with U.S. Citizenship and Immigration Services.

• Foreign workers can apply for H-2A visas at a U.S. embassy or consulate. Then, they must cross a port of entry into the U.S.

Irene Ramon Molina has four children at home in Mexico. Even after more than two decades working at Armand Eckert's farm in Buhl, it's tough b…

Jesus Ramon Roman Molina heard about the job at Armand Eckert’s farm in Buhl from the husband of a niece. He started in 1987 and has returned …

Carlos Martinez Covarrubias has worked at Armand Eckert's farm in Buhl since 2011 because, he said, it provides his two children with an educa…

German Roman Bojorquez, in the U.S. on an H-2A visa, walks away from a swather as he leaves for a break Aug. 3 at Armand Eckert’s farm in Buhl. Eckert hasn’t found local workers since the 1970s and relies entirely on temporary ag workers from Mexico.

Jesus Ramon Roman Molina drives a tractor Aug. 3 at Armand Eckert’s farm in Buhl. Molina has been a seasonal worker for Eckert since 1986. 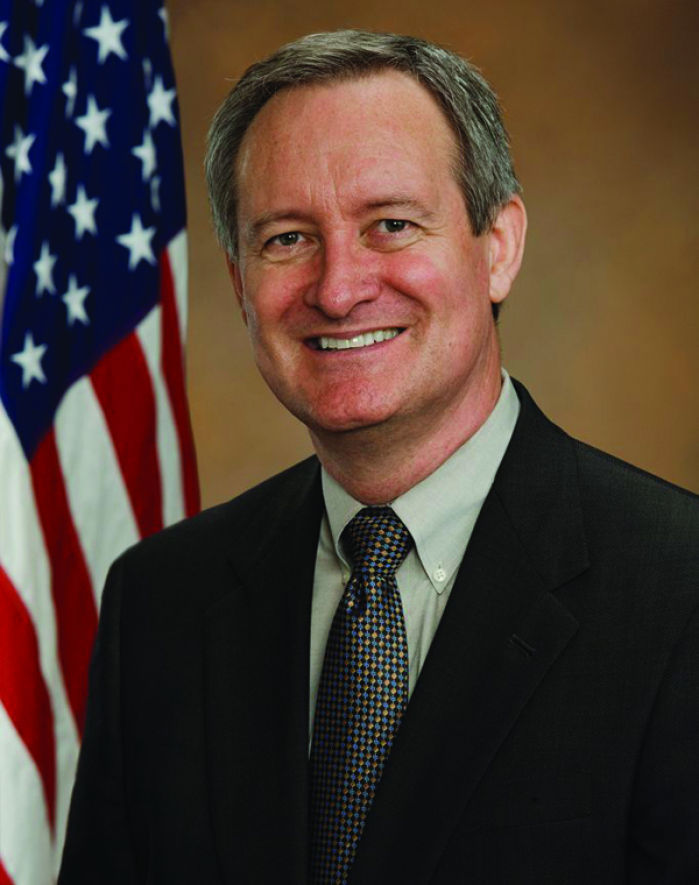 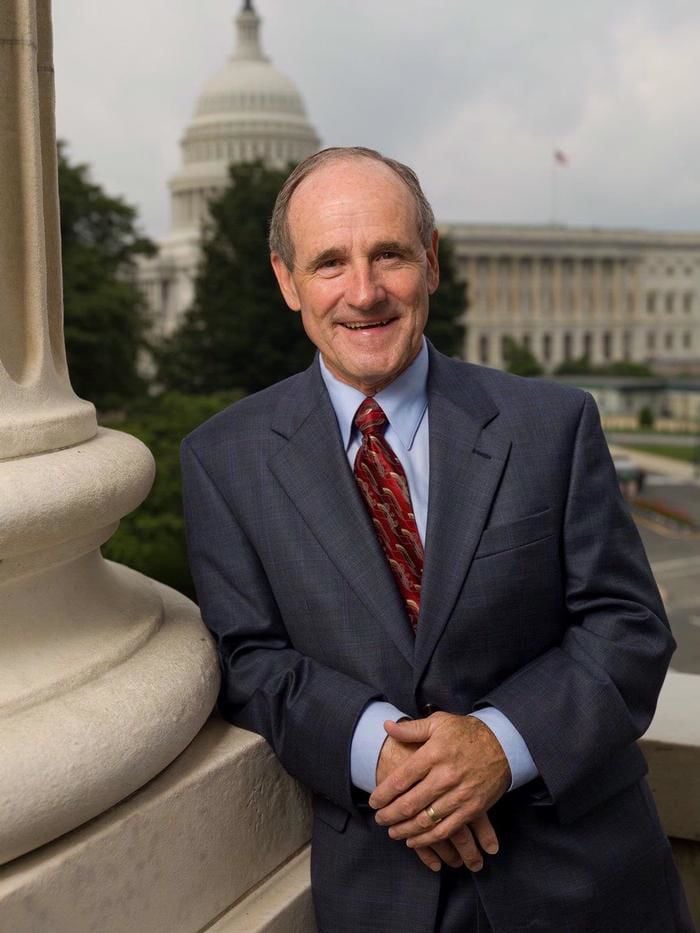 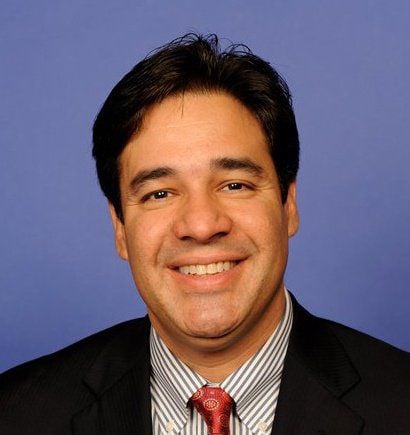 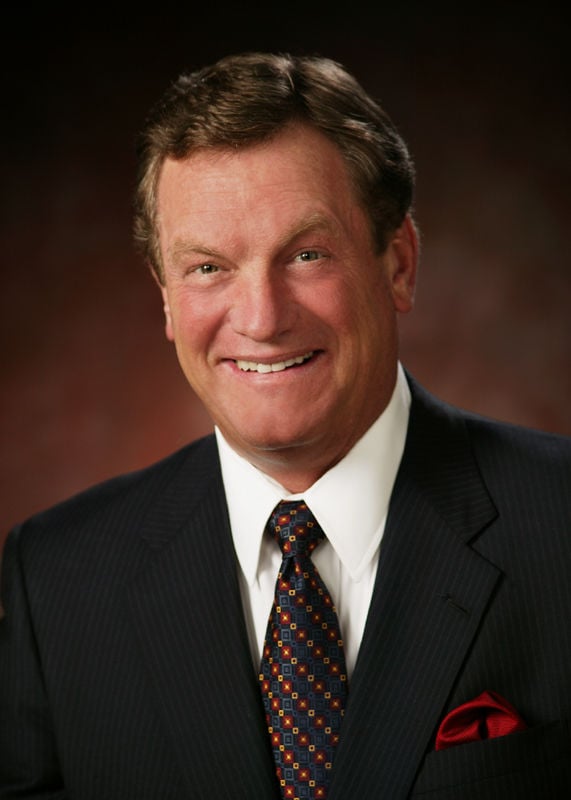