TWIN FALLS — It was standing room only for the first few minutes of the Feb. 24 City Council meeting as Mayor Suzanne Hawkins signed an anti-abortion proclamation. Proclamations are symbolic measures and do not change how the city enforces laws. 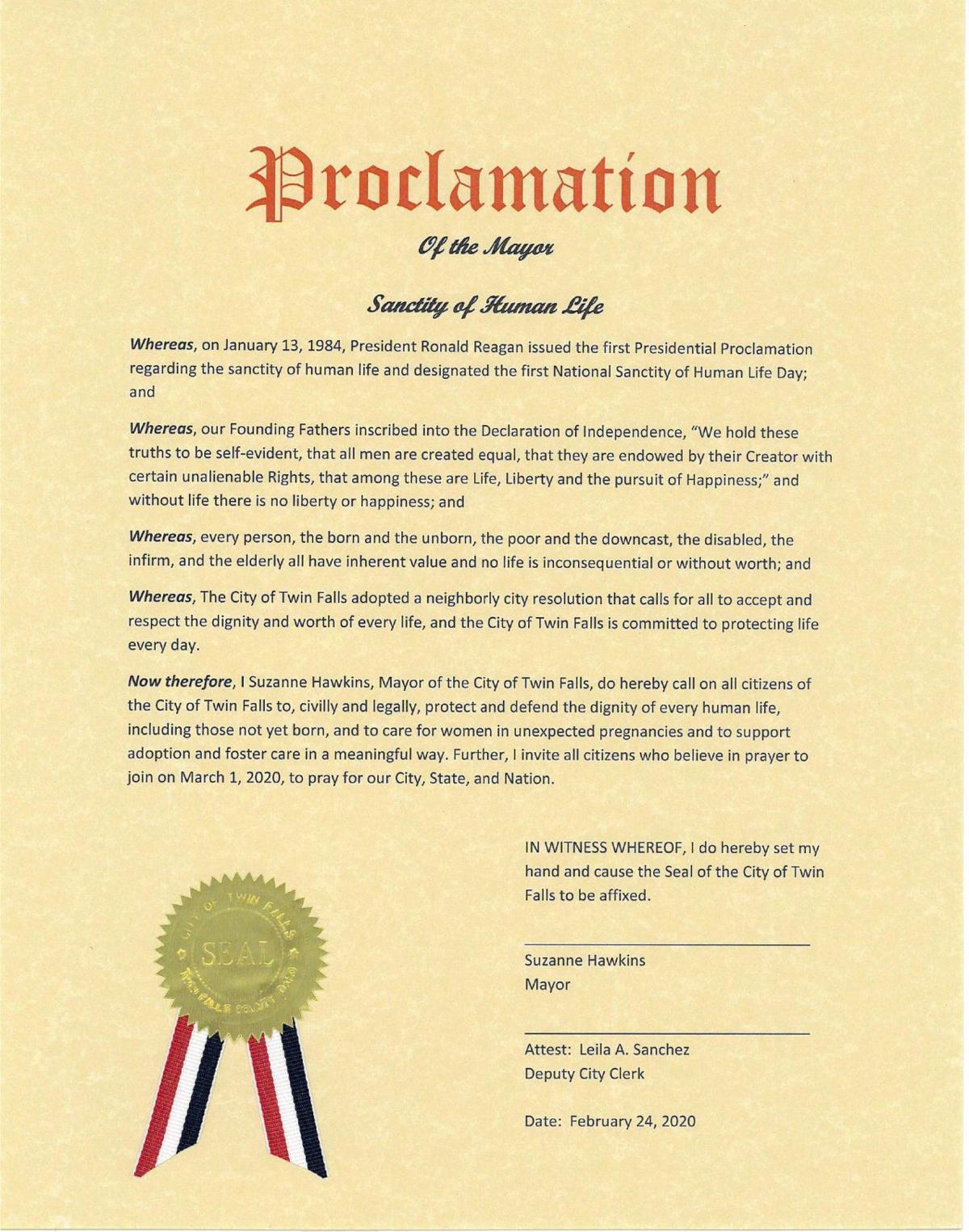 The proclamation also calls for Twin Falls residents “who believe in prayer” to “pray for our City, State, and Nation” on March 1.

After reading the proclamation, Hawkins invited Paul Thompson, pastor at Eastside Baptist Church, to speak. Thompson has in the past pushed the City Council to ban abortions and punish physicians who perform them. In August, Thompson presented an anti-abortion ordinance to City Council, but that proposal failed following a 3-4 vote.

Twin Falls will not consider proposal to ban abortions

City Attorney Shayne Nope told City Council at the time that banning abortions in the city could be expensive.

“I would anticipate very real costs to the city of Twin Falls to try to promote an ordinance that I do believe the Supreme Court of the United States would find unconstitutional,” Nope said.

At Monday’s council meeting, Thompson thanked Hawkins for the proclamation, and acknowledged the members of his congregation who filled the seats in the council chambers.

“We’re aggrieved over the prejudicial actions that are against some of the pre-born neighbors,” Thompson said. “We will remain steadfast to address our government as advocates for our neighbor being treated unfairly, inhumanely and with prejudice.”

Even though Idaho is deeply conservative, the state has done little to reduce abortions, Thompson said.

“According to Idaho Health and Welfare, 2,191 of our neighbors have been murdered in our city since 2008,” he said. “And this with permission of a majority Republican Legislature and an apathetic church. Shame is upon us.”

“May (the Lord God Almighty) bless the city of Twin Falls with an awakened conscience that may even awaken the state; the nation,” he said.

Candidates for Twin Falls City Council discussed their position an a proposal to ban abortions in the city.

City could consider endorsement of a statewide abortion ban

A pro-life advocate is changing directions and will now ask the city to endorse a statewide abortion ban.

The Senate voted 30-5 following in favor of a bill that would ban the use of any handheld mobile electronic device (cellphones, laptops, tablets, etc.) while driving. Drivers also could not wear headphones or watch videos under the bill.

The City Council mostly side-stepped taking action on an anti-abortion proclamation a local pastor presented the board Tuesday.