COVID-19 has killed thousands in Idaho. Funeral homes are struggling to store bodies

TWIN FALLS — The county Board of Commissioners passed a resolution Thursday declaring the ongoing drought a local disaster emergency.

This is the first step in a formal process that goes through the Idaho Department of Water Resources and the governor’s office. If department director Gary Spackman and Gov. Brad Little approve this declaration, it could open up assistance to local farmers and ranchers.

“The gold in the ground — the water — is lacking,” Reinke said. “And that’s a concern for all of us.”

According to the U.S. Drought Monitor map, the entire of state of Idaho is experiencing some level of drought. Twin Falls County, and most of the Magic Valley, is in a severe drought.

The United States Department of Agriculture, the National Oceanic and Atmospheric Administration and the National Drought Mitigation Center at the University of Nebraska-Lincoln produce the drought monitor map.

The drought is expected to persist through at least the end of September, according to a seasonal outlook from the National Weather Service’s Climate Prediction Center.

County water users are already feeling the effects of these dry conditions.

Earlier this week, the Twin Falls Canal Company began reducing water delivery to its shareholders from 3/4 inch per share to 5/8 inch.

Conditions are especially bad on the Salmon Tract in the southern part of the county. Commissioner Jack Johnson said he spoke with a farmer there who is already out of water for the season. Several other people are in a similar situation.

“It’s important that we recognize (the conditions) and be proactive so that it enables (farmers) to apply for any funding that may come available,” Johnson said.

The state Legislature passed the statute establishing this drought declaration process in 1993. Since then, the county has declared a drought emergency in 2001, 2004 and 2005, according to documents available on the Idaho Department of Water Resource’s website.

The department and the governor’s office typically review and approve these drought declarations within a week, department spokesperson Steve Stuebner said in an email.

“Once approved, the declarations help water users in the county apply for any expedited water rights transfers,” Stuebner said in an email. “Water users would need to apply through the IDWR regional office in Twin Falls to get that process moving — if any water rights transfers are possible or available. People can also apply for rental water or water leases through the Idaho Water Supply Bank.”

Stuebner said the declarations also help farmers and ranchers apply for assistance through drought-relief programs that may become available.

Earlier this week, the USDA designating the county, along with others in Idaho and throughout the West, as a natural disaster area.

This triggers the department’s emergency farm loan program, said Paula Alania, executive director of the county’s USDA Farm Service Agency office. Producers can apply for a loan through this program by appointment at the agency’s Jerome location.

Alania said ranchers in the county are also eligible for a livestock disaster program because of the county’s drought level on the monitor map. People can apply for assistance through that program by appointment at the agency’s Twin Falls office.

The Idaho Department of Water Resources issued a curtailment order for the Bellevue Triangle. 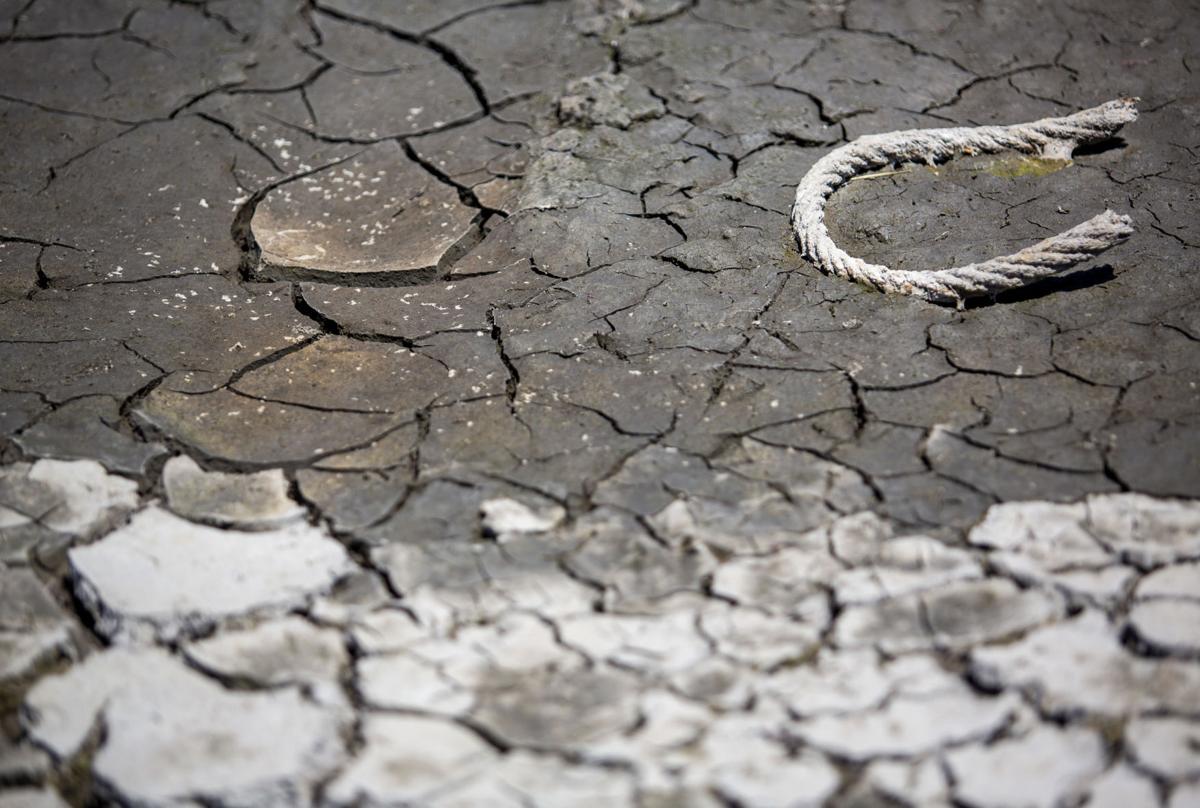 Remnants of an anchor rope sits dried in the cracking bottom of the lake Friday, June 18, 2021, at Magic Reservoir north of Shoshone. 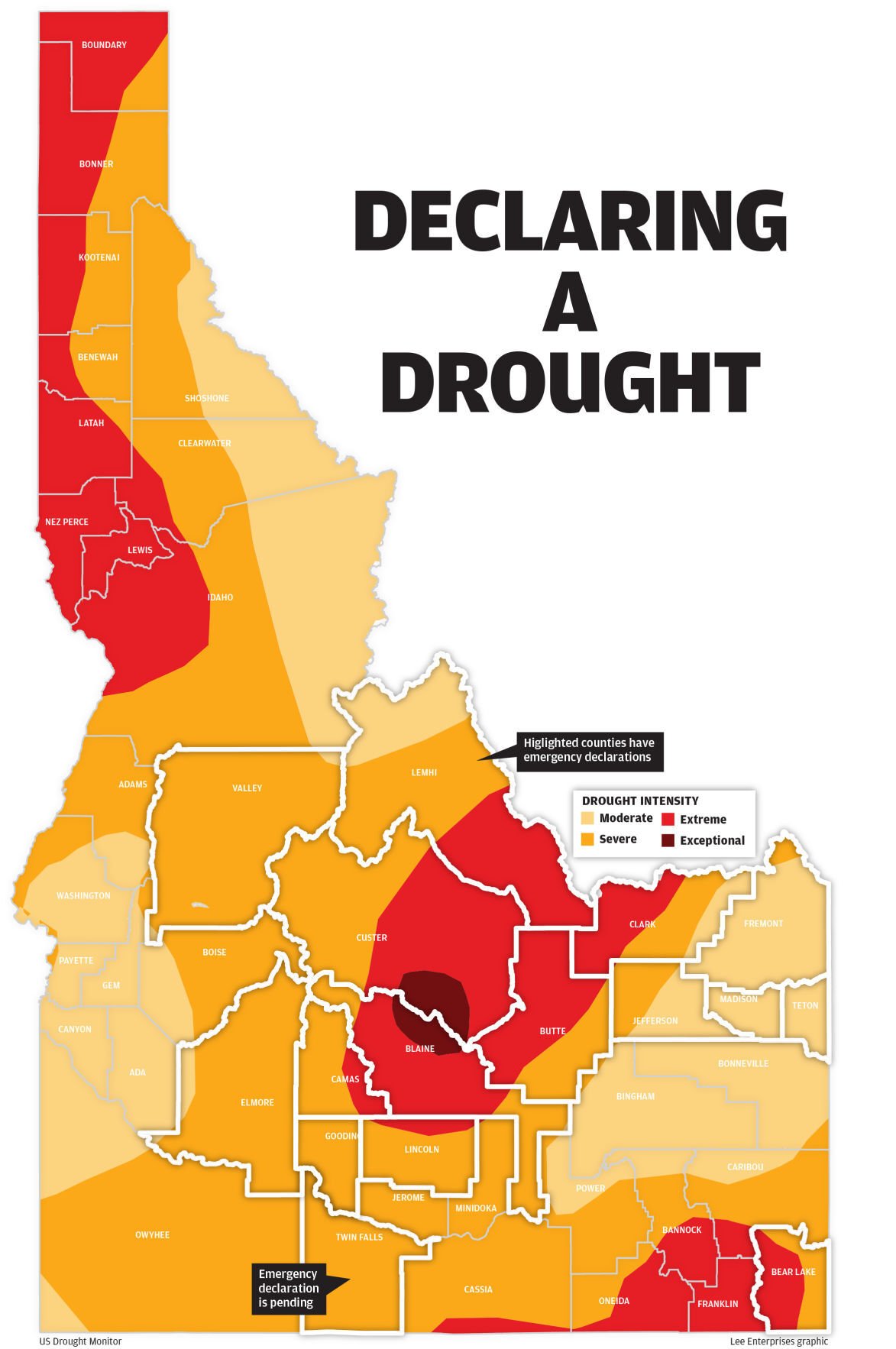