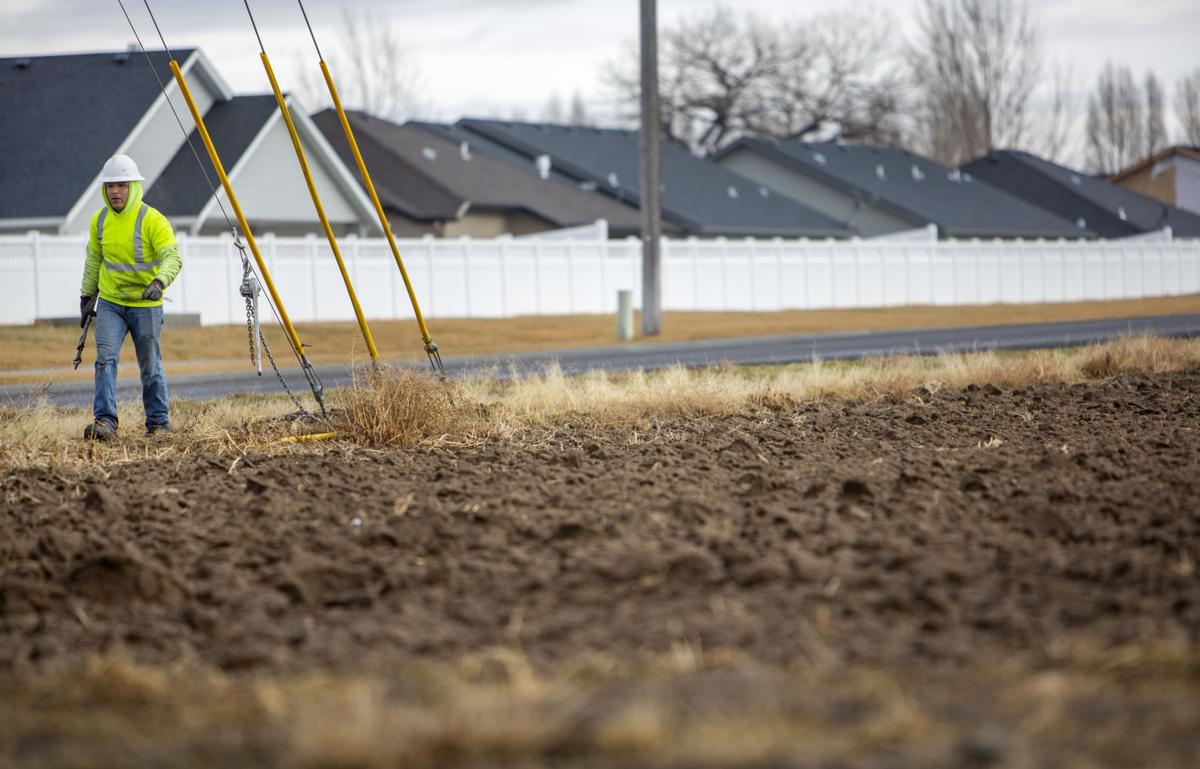 A utility lineman works on power lines Jan. 24 along 3700 North on farmland in Kimberly's area of impact. Across the road, a crowded subdivision sits within the city limits. Twin Falls County is overhauling its comprehensive plan to address the county's growing pains. 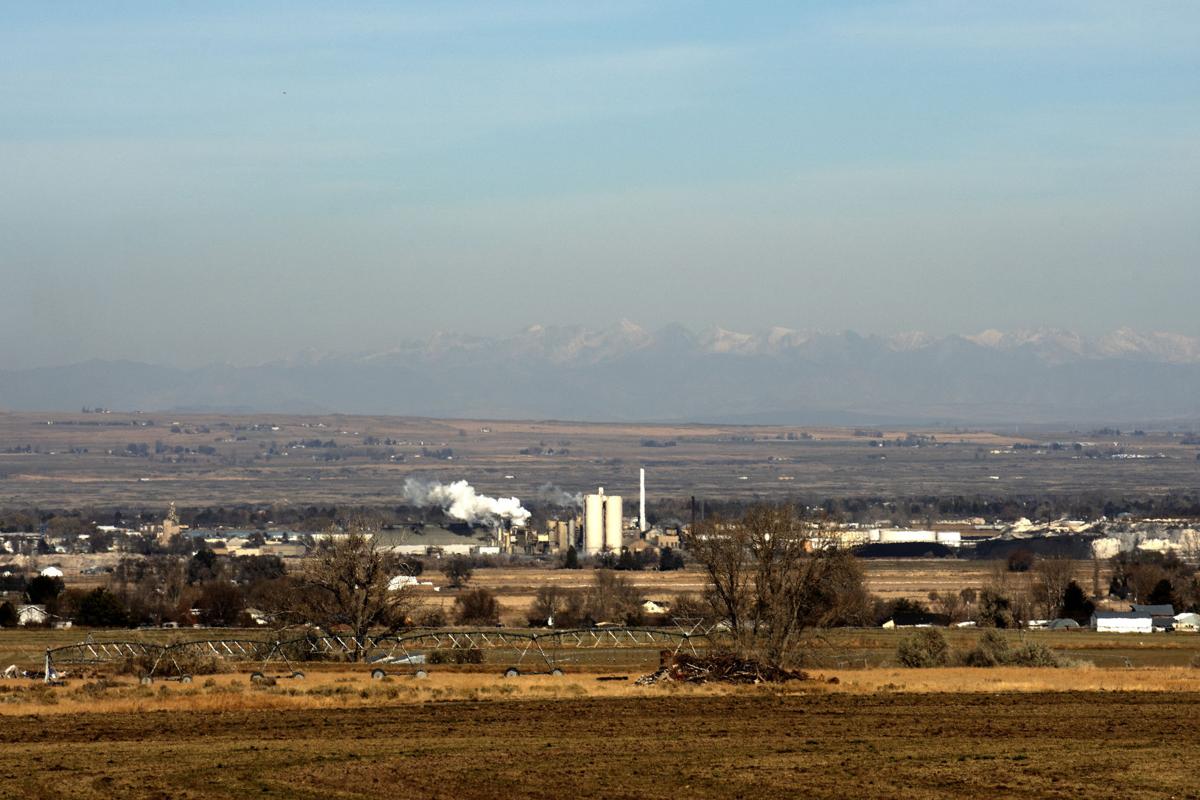 The Board of County Commissioners adopted this new guiding document during its meeting Friday. State law requires cities and counties to have a comprehensive plan in place, but the county’s had not been updated since 2008 and therefore did not reflect the area’s existing conditions.

Updating this plan has been a priority for commissioners Don Hall and Jack Johnson since they took office five years ago.

“This has been a long road, a worthwhile road and a lot of bumps in it,” Hall said. “But when the day is done, I’m really proud of everyone that was involved.”

The process really began moving forward within the last two years as the county and a consultant hired to work on the plan held a series of meetings to gather public input.

A final draft was released to the public for further comment in March. Commissioners discussed final amendments to the document during a meeting in May.

With the plan in place the county and its consultant, Orion Planning and Design, will begin updating the county’s ordinances to reflect this new guiding document.

The plan is based on a set of principles that will inform these ordinances. These principles include, among others, preserving the rural character of the county, supporting its agricultural base, expanding access to open spaces and balancing private property rights with the public good.

It will be up to the commissioners to stand by the content of this plan as the county continues to grow, Hall said.

“You just look at what’s going on in our community right now with the growth, with the housing issues, with the pressure on utilizing ag for other things,” Hall said, “we’ve got to have the courage to follow this plan and do what our community told us to do.”

Adopting this new plan is the second action commissioners took this week that will affect the long-term future of the county.

On Thursday the board signed an agreement with Jerome County, Jerome Highway District and Filer Highway District commissioners that will allow the different bodies to work together on advocating for a new bridge crossing over the Snake River.

Adopting this new comprehensive plan is just as important this agreement, Hall said during the commissioners’ meeting on Friday,

“This is huge for the county to update the comprehensive plan, to begin working on those ordinances that gives us guidance … to make decisions,” Hall said.

Commissioner Brent Reinke said the plan will become even more significant after the county finishes updating its ordinances.

“When we get into the new year and start making decisions based on this plan with new ordinances, it’s going to be interesting,” Reinke said. “I don’t think we’re going to see this growth and this migration reduce much. We’re probably going to continue to see this pressure. It’s going to make us take to heart the words we have on this page and put them into action.”

TWIN FALLS — County commissioners have moved one step closer to overhauling its plan for how the county will grow and be shaped into the future.

The county has moved a step closer to releasing an update of its comprehensive plan.

Twin Falls County commissioners are asking residents to take a quick survey online to help guide them in future land use issues.

A utility lineman works on power lines Jan. 24 along 3700 North on farmland in Kimberly's area of impact. Across the road, a crowded subdivision sits within the city limits. Twin Falls County is overhauling its comprehensive plan to address the county's growing pains.