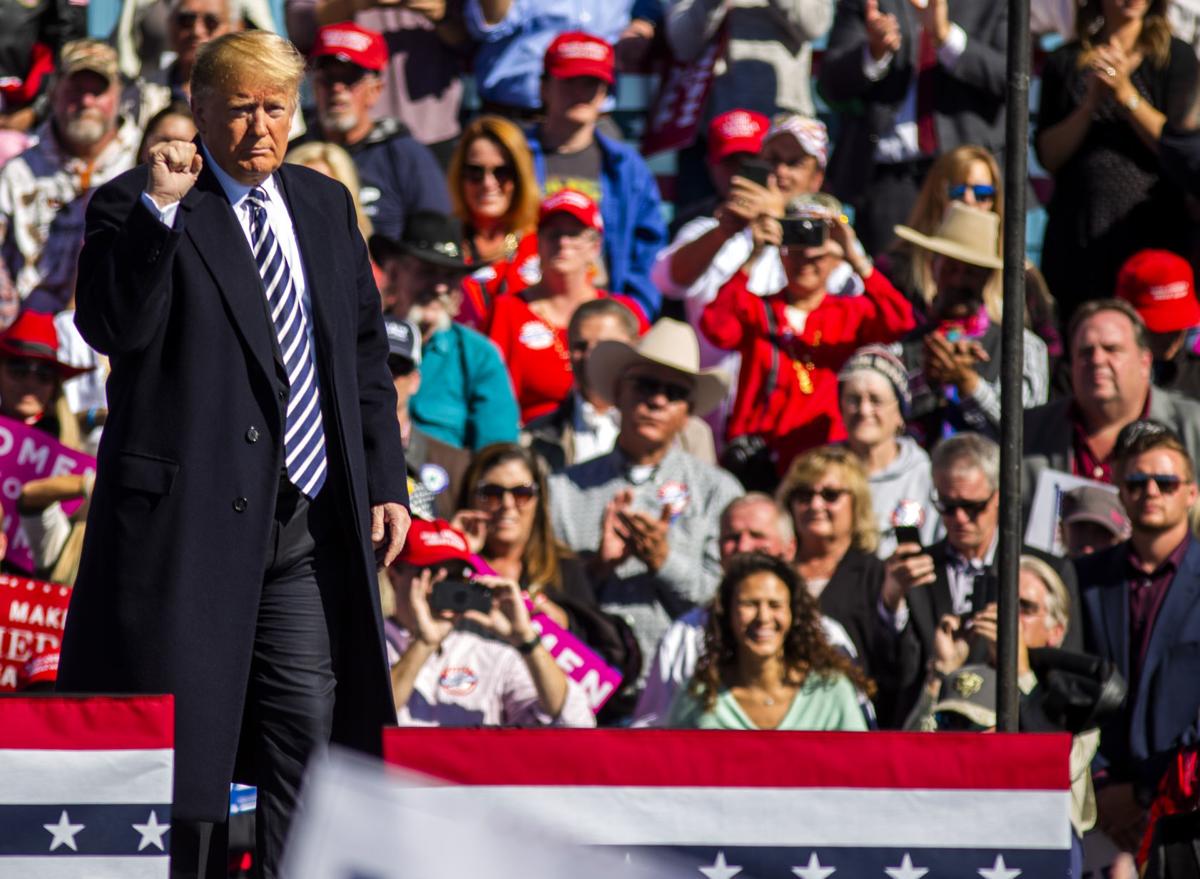 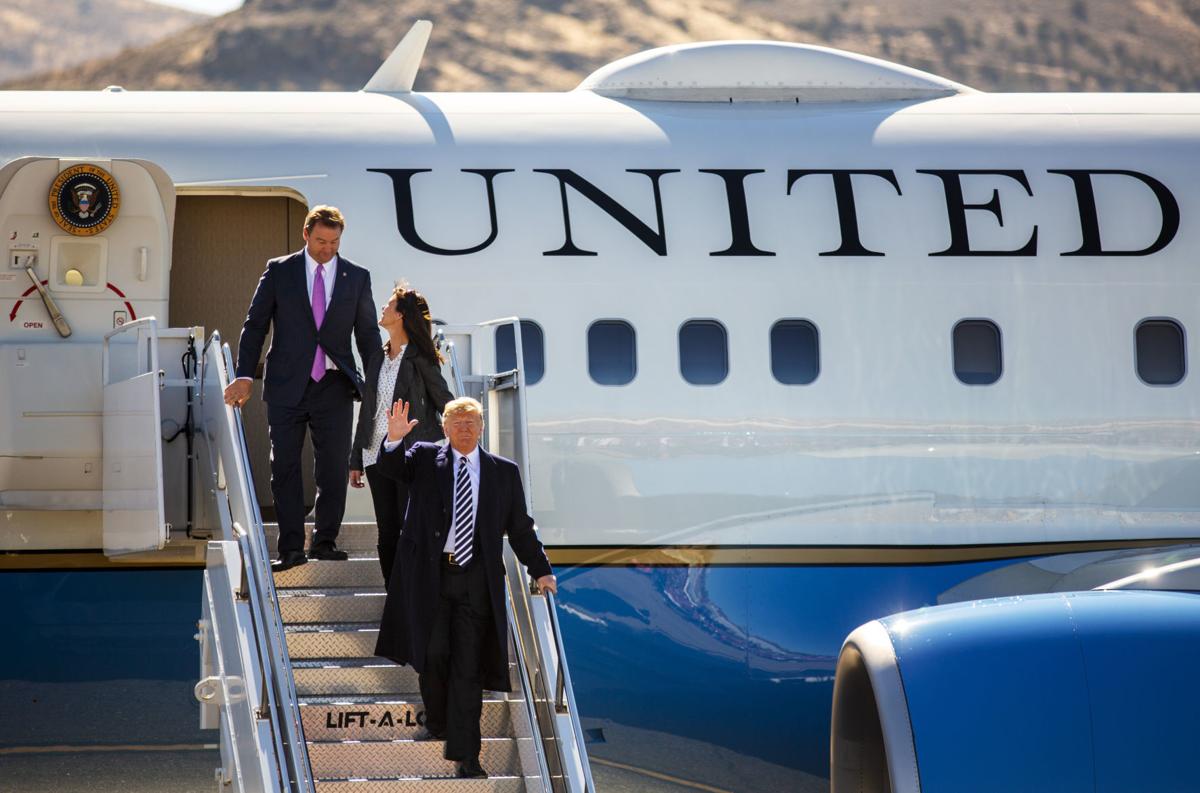 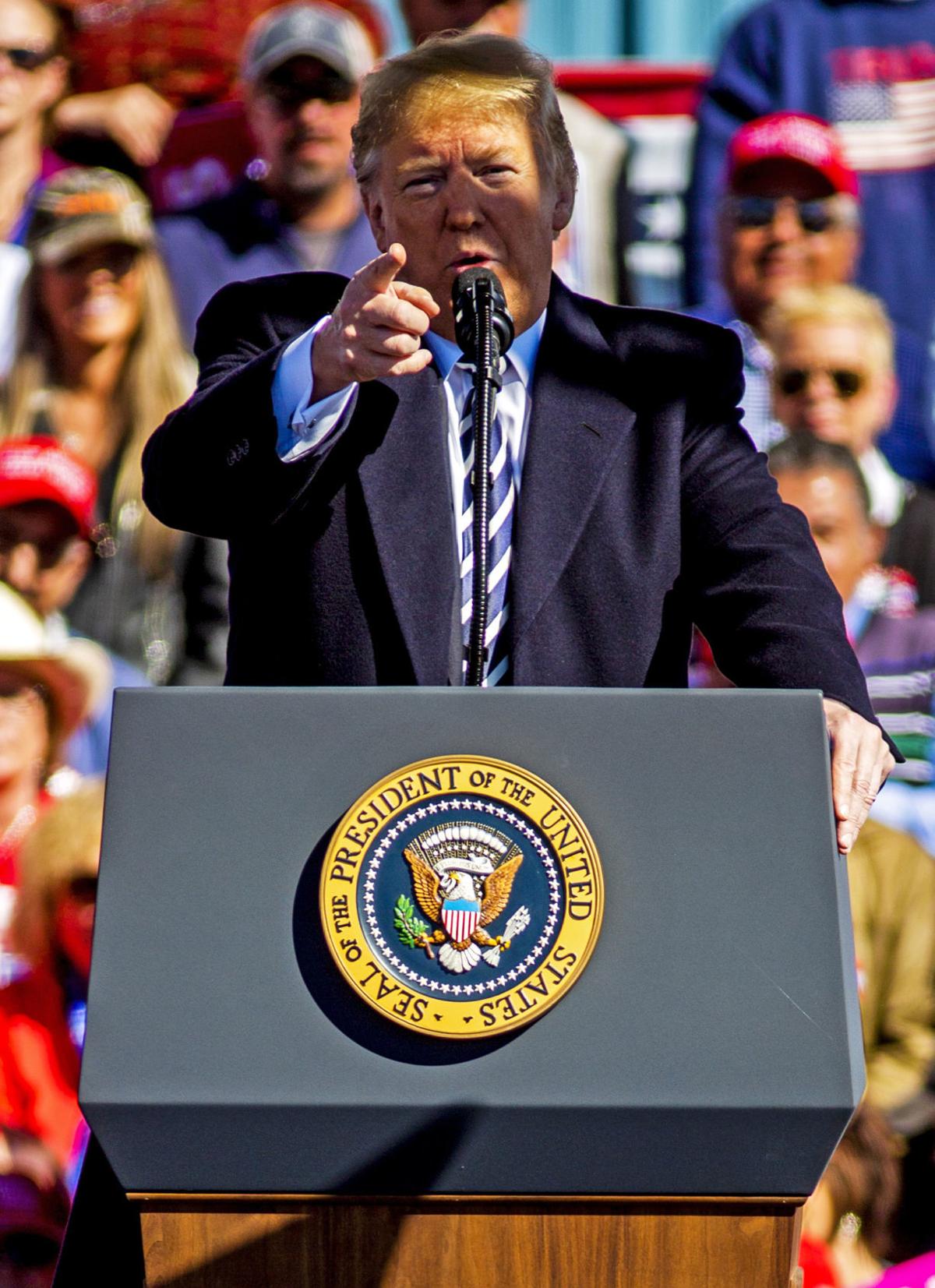 ELKO, Nev. — Immigration, the media and the Democratic Party predominated in remarks Saturday by President Donald Trump in Elko, Nev., where he touched down to rally Republican voters behind GOP candidates in statewide races.

Gubernatorial candidate Adam Laxalt and Sen. Dean Heller, who is seeking another term in the Senate, had a common theme in their messages to the thousands of people who showed up to the rally: the role of rural Nevadans in preserving and promoting conservative values in a purple state.

In a speech that touched on a wide range of topics, from health care to the Second Amendment to newly-appointed Supreme Court Justice Brett Kavanaugh, Trump similarly framed the Nevada Senate race as a tipping point for U.S. politics.

“A vote for Wacky Jacky” — Trump’s nickname for Democratic Senate candidate U.S. Rep. Jacky Rosen — “is a vote to hand control of Congress” to Democrats such as House Minority Leader Nancy Pelosi and U.S. Rep. Maxine Waters, the president told the crowd.

Recent polls show Heller, a first-term Senator running for re-election, neck-to-neck with a slim lead over Rosen, a first-term U.S. Representative. The governor’s race is expected to be similarly close.

“We cherish our independence and we like to make sure we’re in charge of our decisions and don’t have the federal government telling us what to do,” Laxalt told the voters gathered. “But I can tell you that unique Western spirit is on the line in this election.

“Make no mistake about it,” Laxalt continued. “If I don’t win this race, we will be turning into — what?”

“California,” the crowd shouted on cue.

The president’s remarks spanned a variety of issues. He commended Heller on his vote to confirm Kavanaugh, briefly touched on health care and gun rights, and characterized the recent United States-Mexico-Canada Agreement as “a tremendous victory for Nevada farmers and ranchers.”

But Trump repeatedly returned to the topic of immigration throughout his speech, telling attendees that “a Democratic victory would be a bright flashing invitation to every human trafficker, drug trafficker.” In response to a “Build the Wall” chant from some rally-goers, the president said he hopes to finish constructing a border wall separating Mexico and the United States within a year.

He also railed on the media during his appearance, describing journalists as “very dishonest people” and the mainstream media as “fake news.” The remarks came days after a rally in Missoula, Mont., in which he praised U.S. Rep. Greg Gianforte for body slamming a reporter.

Trump closed his comments by praising Nevada as a state “settled by tough pioneer men” and “strong and beautiful pioneer women.” He urged attendees to vote Republican, telling rally-goers that those on the other side of the aisle “want to destroy our American heritage.”

“These courageous Nevada patriots did not shed their blood, sweat and tears so that we could sit at home while others erase the legacy and destroy our proud American heritage,” the president said.

Speaking up: Latinos seek a stronger voice in Idaho politics

ELKO, Nev. — After President Donald Trump had left the stage to the opening strains of “You Can’t Always Get What You Want” and the crowd at E…

ELKO, Nev. — Citing economic successes, President Donald Trump led a crowd of about 8,500 in Elko on Saturday to drum up support for Republica…