TWIN FALLS • Someone took out ads attacking a politician he doesn’t agree with.

There’s nothing unusual about this, especially a week before an election. The sarcastic ads, though, start out sounding like a commercial by the politician who’s being attacked.

“It’s time that Idaho had a Democrat as governor,” the narrator says. “A man who has the courage to proudly stand up for gay marriage. A man who will protect wolves in Idaho, who cannot speak for themselves. It’s time to repeal the balanced budget amendment and Idaho’s property tax relief act so we can implement all the great programs that A.J. Balukoff knows we need.”

The ads also reference Balukoff’s extensive self-funding — he has put more than $3.2 million of his own money into his gubernatorial campaign so far — and says that, if elected, he can “appoint dozens of liberal judges to interpret Idaho’s laws as they should be interpreted.”

Balukoff is challenging Republican incumbent C.L. “Butch” Otter. Fernando Sandoval, the chairman of the Bonneville County Democrats, said he first heard the ads playing on the radio in the Idaho Falls area a couple days ago. On Wednesday, a similar ad was also playing on local radio in Twin Falls.

According to campaign finance filings, the man behind these ads is Michael Batt, of Idaho Falls — and Batt has extensive ties to Frank VanderSloot, the conservative billionaire who became known nationwide as one of the finance co-chairs of Mitt Romney’s 2012 presidential campaign.

He spent $10,198, through Bantt LLC, on Friday to cut an ad and buy airtime on five Idaho Falls radio stations, filings show. On Tuesday, he dropped another $40,674, through a group called Citizens for Change, on production and purchase of radio and TV time in the Twin Falls area.

Batt didn’t answer questions about the ads by press time Wednesday. According to his resume, he is the general manager of Riverbend Holdings, whose varied business interests include the five Idaho Falls radio stations he first bought airtime on. Riverbend Communications, in turn, is owned by VanderSloot. As well as his work for Romney, VanderSloot has thrown his financial support behind Idaho issues such as the successful passage of a 2006 constitutional amendment banning same-sex marriage and the education propositions that failed in 2012.

Before Riverbend, Batt worked for VanderSloot’s company Melaleuca, which sells environmentally friendly nutritional supplements and other products. Batt is a board member of the American Heritage Charter School in Idaho Falls, and his resume is attached to documents the school filed with the local school district.

Balukoff’s campaign called on Otter to disavow the ads.

“It’s a voter scam in the sense that it’s misleading voters to believe it’s from one campaign when it’s obviously from the other campaign,” said campaign spokesman Mike Lanza.

As Election Day draws closer, independent groups on all sides have let the money faucet run. The Democratic group Idahoans for a Strong Economy spent over $124,000 earlier this week on advertising and literature to support Holli Woodings and oppose Lawerence Denney for secretary of state, plus over $11,000 to support Jana Jones for Superintendent of Public Instruction.

On Tuesday, Idaho Prosperity Fund, which is the PAC for the Idaho Association of Commerce and Industry, spent $50,000 on anti-Balukoff literature. And Idaho Republican Party spent more than $65,000 on Monday to supports its statewide candidates and oppose the Democrats.

The state legislative candidates are getting some of the largess. On Wednesday, the Professional Firefighters of Idaho Political Action Committee spent over $6,000 on Catherine Talkington, a Twin Falls Democrat who is taking on state Rep. Stephen Hartgen. And Planned Parenthood spent $3,500 on advertising for Dick Fosbury, the Democrat who is running against state Rep. Steve Miller.

Balukoff didn’t have any public appearances Wednesday. Otter was in Pocatello, to welcome Amy’s Kitchen to Idaho. The prominent vegetarian and organic food company is buying the plant Heinz vacated in June.

The company has been approved for a 26 percent tax credit for 15 years under the state’s new Tax Reimbursement Incentive, plus local property tax abatements. According to Otter’s office, the company qualified due to the quality and quantity of jobs – over 1,000 when fully ramped up, for $342 million a year in total wages – to Idaho.

“The companies that we have been able to attract – especially in the last six years – has helped us lead the nation out of this economic recession is a result of that legislative work,” Otter said at the announcement.

Otter, Balukoff, and Libertarian candidate John Bujak, will meet for one last debate Thursday. It is being hosted by Idaho Public Television and will be broadcast live from 7 p.m. to 8:30 p.m.

New US panel aims to separate science and politics

New US panel aims to separate science and politics

Slideshow: Best and Worst of the Race for Governor

A look back at 13 highlights of the 2014 Idaho gubernatorial race.

New Law Would Require PACs to Disclose Donors Before an Election

BOISE • Political action committees would have to report, within 48 hours, contributions over $1,000 received in the 16 days before an electio…

BOISE • A bill to require political action committees to follow the same pre-election disclosure rules as candidates will head to the House floor. 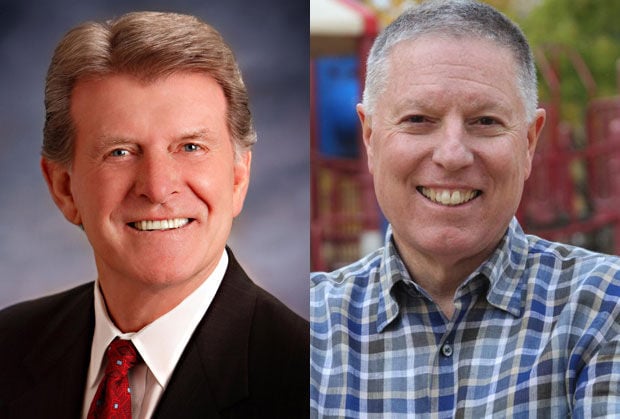 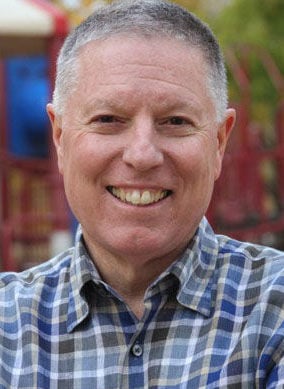 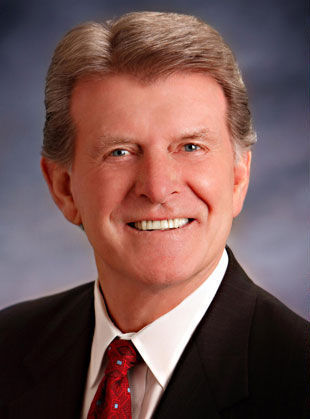