BOISE — Former Idaho Republican lawmaker Luke Malek has dropped out of the race for lieutenant governor and endorsed Republican Speaker of the House Scott Bedke.

The move announced Sunday leaves Bedke and Republican Rep. Priscilla Giddings as the two Republican candidates in the race facing off in the May primary.

Malek’s decision reduces the chances of more moderate Republicans splitting their votes and leading to the election of the far-right Giddings.

Malek, who served three terms in the Idaho House of Representatives before running for Congress in 2018, has received significant support since announcing his candidacy earlier this year.

“However, to prevent extremism from gaining another foothold in Idaho politics, and out of respect for my longtime friend and fellow conservative candidate, Scott Bedke, stepping aside is the best decision I can make for Idaho right now,” he said in a statement.

Bedke, of Oakley, has been in the Idaho House of Representatives since 2000. In 2012, he became House speaker, the most powerful position in the chamber. In a statement, he acknowledged Malek’s decision as an act of faith in Bedke.

“I am humbled by his willingness to step aside and put his trust in me,” Bedke said. “I deeply appreciate his continued effort to be a dedicated public servant. I promise to be the conservative leader our state needs to ensure Idaho continues to be a place where our families grow and thrive.”

Giddings is in her third term in the House.

The House last week voted 49-19 to censure Giddings, of White Bird, and strip her of a committee assignment after determining she publicized the name of a 19-year-old intern who reported she had been raped by another legislator, and then lied to the House Ethics Committee about her actions.

Terri Pickens Manweiler is the lone Democrat in the race so far.

Build Back Better: What’s in it for Idaho?

At the state level, policy advocates say several pieces of the bill could have a major effect in Idaho, including some lesser-known provisions contained in the 2,000-page bill.

Rep. Muffy Davis is leaving the state Legislature to join the Blaine County Commission. "I didn’t ever feel safe in that Legislature," she said.

Lawsuit seeks to stop wolf trapping and snaring in Idaho

Idaho’s Republican U.S. Sens. Jim Risch and Mike Crapo are cosponsoring a bill to prevent the federal government from paying legal settlements to immigrant families who were separated at the U.S.-Mexico border under the previous administration’s policies.

Sen. Steve Bair, R-Blackfoot, is taking a leave of absence from the Idaho Legislature that will require leadership changes for the powerful Joint Finance-Appropriations Committee.

“This upcoming session, I will reveal my plans on how to give back to the people of Idaho yet another record budget surplus,” Little said.

A third lawsuit has been filed with the Idaho Supreme Court against Idaho’s redistricting commission over a new map redrawing the state’s 35 legislative districts.

Most Idaho abortions banned if Roe v. Wade is overturned

The architect trying to finish the Sagrada Familia after 138 years

The architect trying to finish the Sagrada Familia after 138 years

Trio of planets to join the moon on Dec. 10

Trio of planets to join the moon on Dec. 10 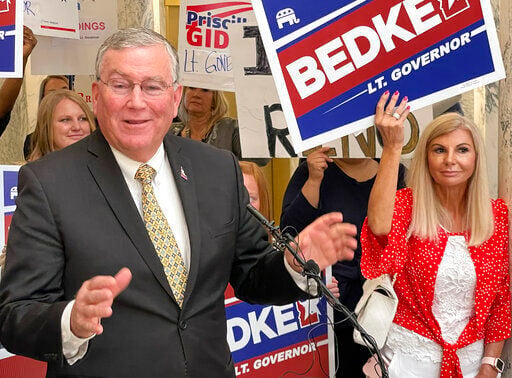 Republican House Speaker Scott Bedke announces that he's running for Idaho's lieutenant governor, Thursday, May 27, 2021, at the Statehouse in Boise. Bedke, a fourth-generation rancher from Oakley, has been a House member since 2001, representing the south-central Idaho area. 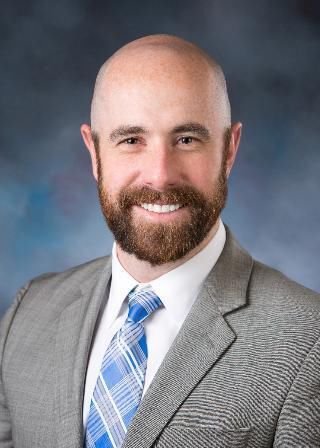