TWIN FALLS — Could the next governor or lieutenant governor hail from the Magic Valley?

Two local candidates are throwing their hats in the ring: Steve Pankey, a Republican from Twin Falls who’s running for governor, and Jim Fabe, a Democrat from Sun Valley who hopes to occupy the lieutenant governor’s office come January.

Fabe, a solar energy farmer and U.S. Army Major, spent the bulk of his career working as a dentist and financial consultant in Los Angeles, but regularly visited Sun Valley throughout that time.

He moved to Idaho from southern California last year and briefly practiced dentistry in Twin Falls before retiring in March.

Fabe has drawn inspiration for parts of his platform from several years spent living in Europe. He describes himself as a “strong believer in practical government.”

“I’m not interested in ideological arguments,” Fabe said. “You have the right wing and left wing that seem to be talking past each other. We need to get to a point where we can agree on stuff and make things better for everybody.”

As the father of 3 children, Fabe said, he feels an urgent need to address gun violence in light of recent school shootings. He would like to see Idaho adopt a model for gun control that’s similar to Switzerland’s by establishing a “well-regulated” militia of citizens between the ages of 30 and 59.

Under Fabe’s model, Idahoans younger than 30 and older than 60 would not be allowed to own guns. He said he believes this would decrease crime and lower Idaho’s suicide rate. Assault weapons would be banned for civilian use.

Another priority for Fabe: combating climate change by increasing Idaho’s production of solar and wind energy and making the state’s infrastructure more accommodating for electric cars.

Fabe said he is confident that, if elected, he would be able to work with Idaho’s mostly Republican legislature.

“Our similarities are much more profound than our differences,” Fabe said. Pankey, a retired property manager, declined to be interviewed for this article, but said in an emailed statement to the Times-News that if elected governor he would work toward stopping “government fraud, waste and mismanagement” and would “keep power low” in the hands of individuals, families, churches and local government.

Pankey has run for statewide office twice before, as both a Constitution Party candidate and as a Republican. In 2014, he ran for governor as a Constitution candidate, but party delegates voted not to support him after Pankey wrote a letter to Attorney General Lawrence Wasden voicing support for same-sex marriage, the Times-News reported at the time.

He ran for lieutenant governor as a Republican in 2010, and for Lincoln County Sheriff as a Constitution Party candidate before that.

TWIN FALLS — Magic Valley voters will have more choices than usual in this year’s primary elections for the Idaho House of Representatives.

Race to the bench: Four campaign for district judge seat

TWIN FALLS — A district judge seat is open in Twin Falls County — and residents will get to choose who fills it. 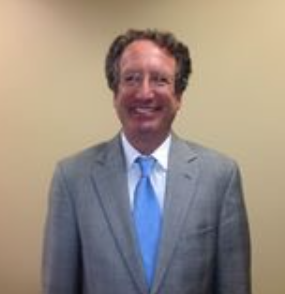