BOISE — Idahoans could receive a larger income tax deduction for their grocery purchases under a bill approved Monday by the House Revenue and Taxation Committee.

House Speaker Scott Bedke, R-Oakley, said his proposal would offset most grocery taxes paid by Idahoans and allow the state to continue collecting revenue from non-residents.

Bedke said the proposed credit would effectively lower the income tax rate from 6.925% to about 6.7%.

Increasing the credit would cost about $49 million. The bill would take money from the state tax relief fund, which collects money from internet sales tax.

Priscilla Giddings, R-White Bird, opposed the bill and said the state needs to repeal the tax entirely. The proposal would amount to wealth redistribution and create a system of “winners and losers,” she said.

“Just because it’s a noble cause doesn’t mean it’s a good policy decision,” Giddings said. “Unfortunately, this is a Bernie Sanders plan that’s going through Idaho.”

The committee opposed the introduction of a handful of proposals last week that would repeal the sales tax, including one from Giddings.

“The beauty of a credit is that the taxpayer that gets to decide what food is,” he said.

Rep. Rob Mason, D-Boise, said it’s not the perfect solution for the grocery tax, but it is a good use of the tax relief fund.

“We have this tax relief fund money sitting in a pot, and there’s not a whole lot of viable solutions that I’ve heard come before this committee to get this money back to the taxpayers,” he said. “I really don’t want to sit on it for a year thinking of more ideas.”

Rep. Greg Chaney, R-Caldwell, agreed with Mason. He said he supported the proposals to eliminate the grocery tax, but lawmakers need to consider the merits of the proposal under consideration.

“The alternative here … is for the state just to hold onto the money for a year and I think that’s absolutely unacceptable,” Chaney said. “I think that we’re going to allow the perfect to be an enemy of the good, and we’re going end up keeping in the coffers of the state money that we all agree that should go back to the people.”

The committee approved a bill from Rep. Linda Hartgen, R-Twin Falls, that would exempt from sales tax meat processing for personal use. Hartgen said those who want to eat the game they hunted should not have to pay sales tax servicing a product they already own. The bill now goes to the full House.

Another bill from Rep. Doug Ricks, R-Rexburg, was introduced by the committee, clearing the way for a future hearing. Districts would be required to show the taxes a resident paid in the previous year under the proposal. Tax statements would also show the year bonds are expected to be paid off.

Presidential primaries in Idaho are (a little) complicated. Here's what you need to know

This year, just four states are holding caucuses. Fortunately, Idaho is not among them, so Idaho voters do not need fret about failed apps, jammed phone lines or long lines. But there are other things to know.

Curious what your lawmakers are doing? Here's a quick recap of what happened at the Capitol this week.

‘California refugees’ move to Idaho for lax vaccine laws. They want lawmakers to know why

More than two dozen people told state officials that they moved to Idaho because of the state’s limited regulation — specifically, the ease of getting a vaccine exemption for schoolchildren.

The House Resources and Environment Committee voted 10-6 on Thursday to hold a bill that would create a swan hunting season and allow the Fish and Game Commission to sell tags for stocked-pheasant hunting in new areas.

Many local leaders oppose a bill to freeze Idaho property taxes. What do you think?

A controversial bill that would allow eye doctors to perform a few laser-assisted surgeries was held in committee on Thursday.

Employers could not immediately disqualify applicants with criminal record under bill

“This legislation gives Idahoans with criminal backgrounds the opportunity to share their qualifications and state their case as opposed to being immediately dismissed because of a prior incarceration for which they have paid their debt,” Buckner-Webb said.

A bill that would ensure access to six-month prescriptions of birth control for Idaho women died on a 13-20 vote in the Senate on Monday.

A constitutional amendment to freeze the number of legislative districts at 35 received supermajority approval Tuesday from the House. 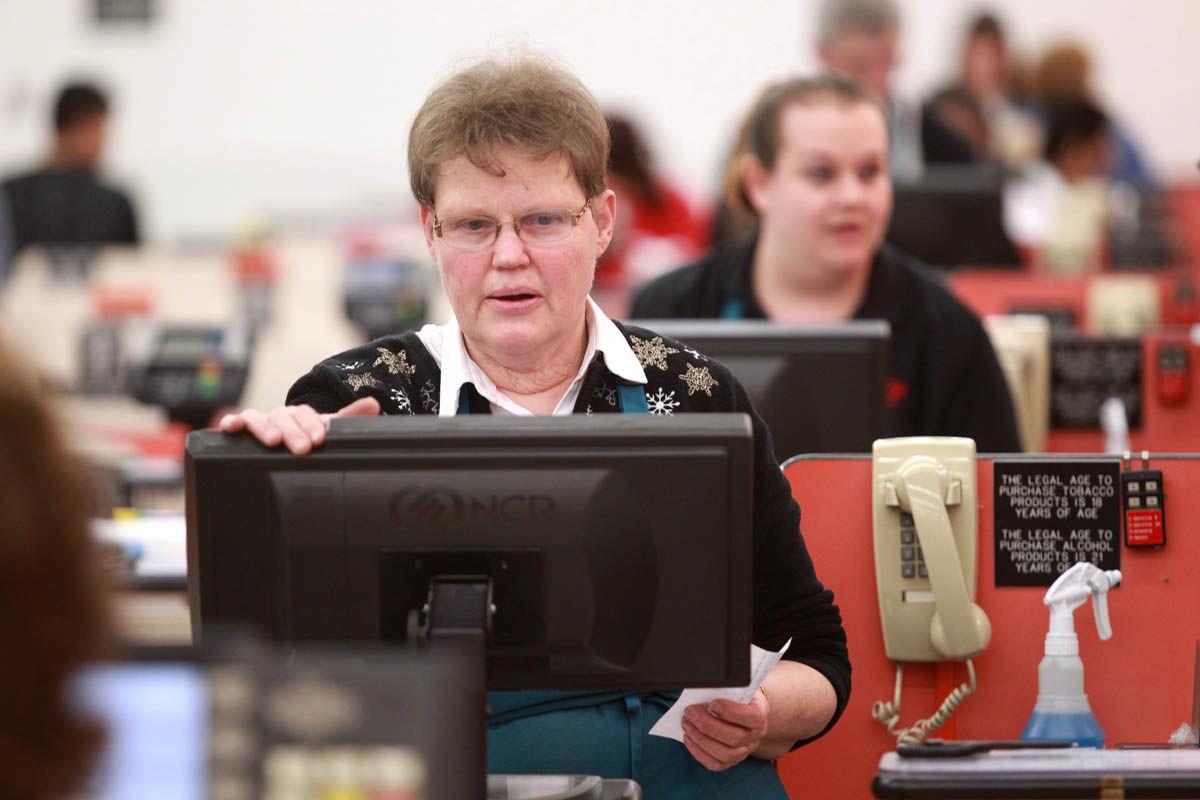 Ann Killinger, a cashier at the WinCo in Twin Falls, checks out customers on March 1, 2013.