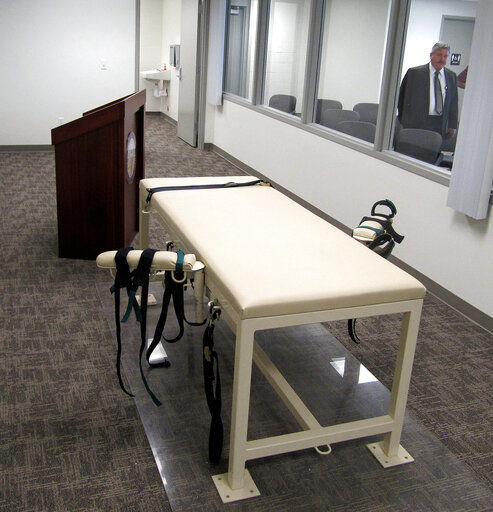 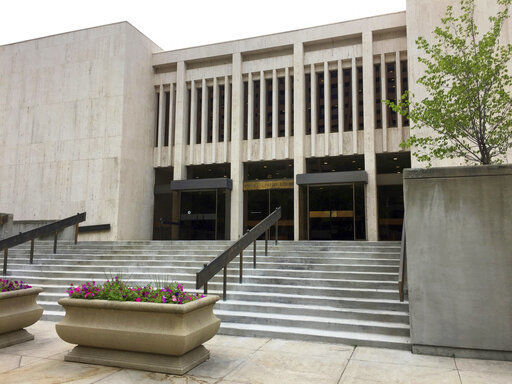 BOISE — Idaho prison officials must turn over information about where they got lethal injection drugs used in recent executions, the state Supreme Court ruled Friday, the latest turn in a long-running challenge over transparency in executions that’s playing out nationwide.

The high court’s ruling was a win for University of Idaho professor Aliza Cover, who studies how the public interacts with the death penalty. She filed a public records request with the Idaho Department of Correction in 2017 seeking execution-related documents. The department largely denied the request, sending her just 49 pages of documents and a link to information on its website about execution protocols.

However, Idaho prison officials had more than 2,000 pages of documents related to her request, including receipts and other information that showed where the state obtained lethal injection drugs used in its two most recent executions and how much it paid for them.

Prison officials have long said they fear they won’t be able to obtain drugs for future executions if their suppliers believe they could be exposed. Major pharmaceutical companies have refused to sell medications to states if they think they will be used for executions, forcing some states to look for more novel sources, including compounding pharmacies and drugs from other countries like India.

Legal battles in other states have ended with courts ordering prisons to release information on their suppliers, including this year in Nebraska. More than a dozen states have passed laws since 2011 preventing the release of information about the source of their execution drugs, while several other states have invoked existing laws or regulations to keep that information secret.

In Idaho, Cover, represented by the state chapter of the American Civil Liberties Union, sued for the documents in 2018. Last year, a judge sided with her, saying prison officials had to turn over much of the information, including documents that name the supplier of the drugs used in the 2012 execution of Richard Albert Leavitt.

That judge said the information could be released because the compounding pharmacy that provided the drugs can no longer supply Idaho because it can’t comply with current regulations. But that ruling said another document, which included the identity of the supplier of drugs used to execute Paul Ezra Rhoades in 2011, could be withheld because that company might provide drugs for future executions.

Both sides appealed. The American Bar Association and a coalition of news organizations led by the Idaho Press Club sought to file a friend-of-the-court brief urging the state Supreme Court to order release of the information, but the justices declined to allow it.

In Friday’s unanimous opinion, the high court said the administrative rule that Idaho used to justify denying much of the information has no connection to public records law, so it can’t be cited as the reason for withholding the documents.

“We’re reviewing the opinion and have no comment,” Department of Correction spokesman Jeff Ray said in an email.

The documents will now go back to the lower-court judge for review before they are released. The Supreme Court said the judge could redact any information that would reveal individual members of the state’s execution team, because Cover said she wasn’t seeking that information.

Idaho has eight inmates on death row. All of them still have appeals pending, and none have been assigned an execution date. Only three people have been executed in the state since Idaho enacted a new death penalty statute in 1977 — Leavitt, Rhoades, and Keith Eugene Wells in 1994. Wells was put to death after he dropped his remaining appeals and demanded to be executed.

Cover called the high court decision a “victory for transparency.”

“Every Idahoan should be able to access information on how the death penalty is carried out in their name,” she said in an email.

An Idaho state representative has been accused of having “unconsented sexual contact” with an adult volunteer on the legislative staff in Boise.

The Boise Police Department is investigating a rape allegation made against an Idaho lawmaker.

Idaho Gov. Brad Little has signed a bill that will make it tougher for voters to bring initiatives onto statewide ballots, according to House Minority Leader Ilana Rubel, a Democrat.

After failing to pass bonds the past two years, the Lincoln County Board of Commissioners is taking a different approach to improving the county's historic courthouse.

A proposed constitutional amendment that would have prevented the legalization of marijuana and other drugs without the approval of two-thirds of the Idaho Legislature died in the House on Thursday.

Idaho’s Medicaid expansion fight may be next year’s award darling for best documentary.

Catch up on what happened at the statehouse this.

The Republican-dominated Senate on Monday failed to override GOP Gov. Brad Little’s veto of a measure seeking to curb a governor’s power to respond to emergencies like the coronavirus pandemic.

The House on Tuesday rejected legislation to pay $1.1 billion to Idaho’s K-12 teachers amid concerns about what is being taught in schools.