Walter Mondale, liberal icon who lost in landslide, dies at 93

The Idaho House voted 58-12 along party lines Thursday to adopt Senate Joint Memorial 103, which is a statement of opposition to removing or breaching dams along the Columbia and Snake rivers and tributaries.

Joint memorials don’t carry the full force of law in Idaho like a normal bill. Instead, joint memorials are a petition or representation “addressed to whoever can effectuate the request of the memorial,” according to House and Senate Joint Rule Two.

The memorial says breaching dams or taking water for fish enhancement efforts “would inflict on the citizenry of the state a loss in economic and trade opportunities, a loss of recharge waters for the state’s aquifers, a loss of navigation and transportation, an increased risk of floods, an increase in electrical rates, a shortfall in power generation, a loss of recreational opportunities and a threatened quality of life for Idaho citizens.”

“Get a hold of congressman you-know-who-his-name-is and let him know that this is a damn bad idea for Idaho,” Rep. Mike Kingsley, R-Lewiston, said.

Simpson, R-Idaho, unveiled the earlier this year, saying it was a proposal to save endangered and threatened salmon and steelhead, replace the energy from the dams and protect the people and stakeholders on all sides of the Northwest salmon dam issue.

It comes with a projected cost of $34 billion in investments for dam removal, energy development, water quality, roads and railway infrastructure, agriculture and communities and American Indian tribes.

“I am not certain removing these dams will restore Idaho’s salmon and prevent their extinction,” Simpson said in a video posted to his YouTube channel Feb. 6. “But I am certain that if we do not take this course of action, we are condemning Idaho’s salmon to extinction.”

Simpson said he put the proposal forward after he and his staff conducted 300 meetings over three years on the issue.

“In the end we realized there is no viable path that can allow us to keep the dams in place,” Simpson said in the video.

The Idaho Conservation League came out in favor of Simpson’s plan, calling it “bold, comprehensive and urgently needed for Idahoans and the people of the Northwest.”

But Simpson has run into political opposition to his plan at home.

The Idaho Senate adopted the memorial opposing dam removal via a 28-6 vote on March 9.

“I remain unconvinced that breaching the dams is a silver bullet for salmon recovery,” Little said Feb. 18. “Breaching the dams would have devastating impacts on Idahoans and vital segments of Idaho’s economy.”

Congressman Mike Simpson made his way through the Magic Valley this week to discuss his proposal for breaching the four dams on the Lower Snake River as a way to end years of lawsuits and save a species heading toward extinction.

A coalition of Northwest tribal leaders calling on President Joe Biden and Congress on Thursday to remove four massive dams on the Snake River to help restore salmon runs. 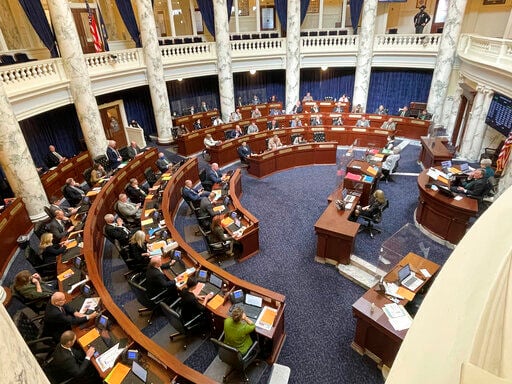 Lawmakers in the House of Representative debate a bill on Wednesday, March 17, 2021, in the Statehouse in Boise. 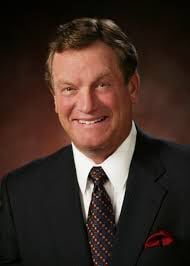