TWIN FALLS — Hamilton Manufacturing Inc. has filed a lawsuit against the city for damages to the business’ property. A tort claim filed in November estimated damages at more than $100,000.

Castleton emailed a copy of the tort claim to the Times-News, saying he had no more information than what is contained in the claim.

“The tort claim let the city know about the coming lawsuit,” Castleton said in a phone call. “I heard the lawsuit was filed, but I have not seen it yet.”

Jon Caton, manager of the city’s Public Works Department, is also named in the tort claim. 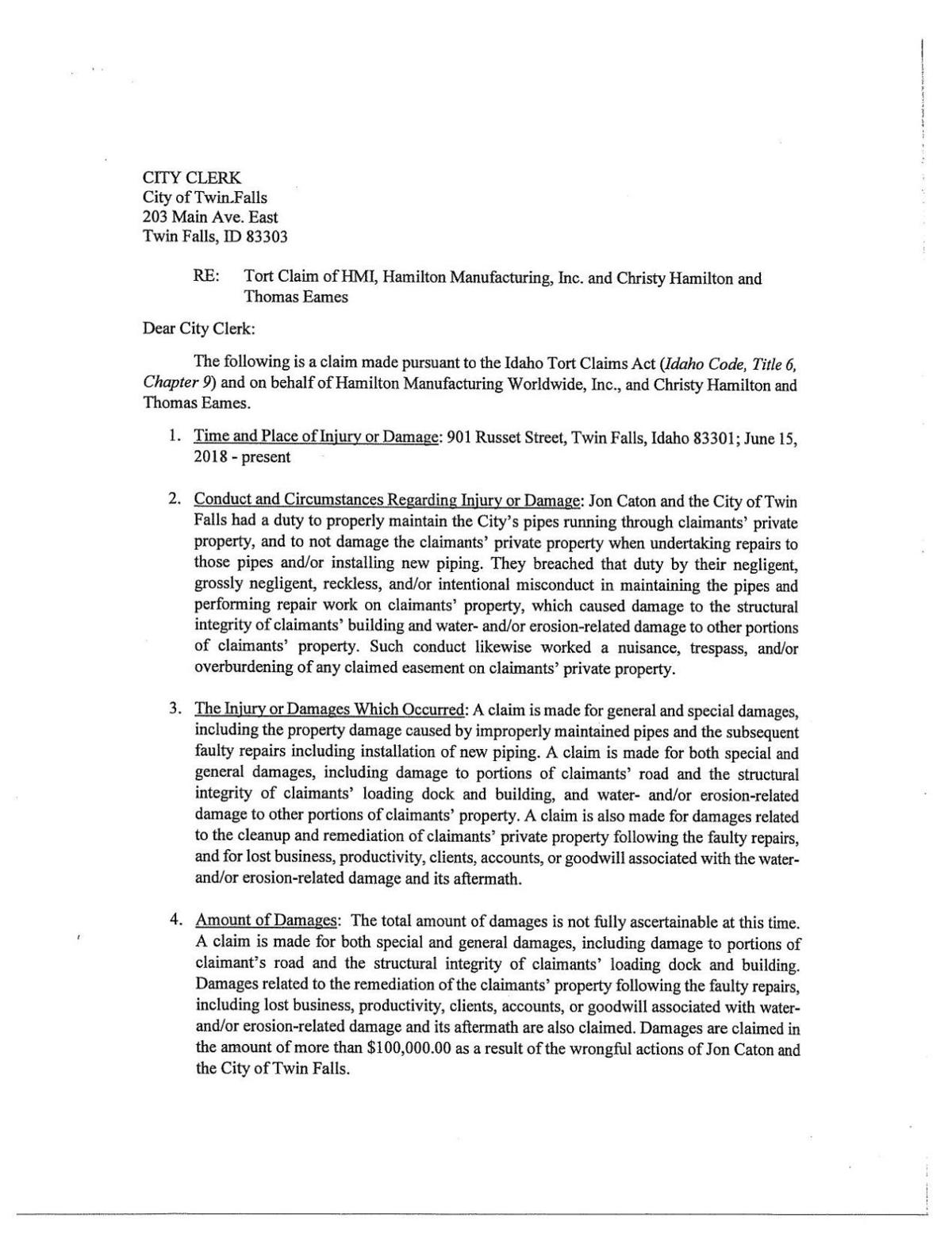 A June 15, 2018, waterline break and its repairs damaged portions of the business’ road and the structural integrity of the loading dock and building, the tort claim says. Damages related to cleanup and remediation are also included, along with lost business and productivity.

Other damages, including erosion of the company’s property along the canyon rim, continue to affect the business, the claim says.

“The total amount of damages is not fully ascertainable at this time,” the claim says. “Damages are claimed in the amount of more than $100,000 as a result of the wrongful actions of Jon Caton and the City of Twin Falls.”

The Times-News on Wednesday filed a public records request with the city. City spokesman Joshua Palmer confirmed the suit and said he hoped to have the records available by the end of the week.

These Times-News stories have been getting the most interest. What did you miss?