BOISE — A group of Idahoans has called on the Idaho Legislature to repeal or amend the so-called faith-healing exemption that protects parents from prosecution if they deny life-saving care to children on religious grounds.

The Campaign To Protect Idaho Kids, a 501©(3) nonprofit organization that conducts campaigns to raise awareness about child abuse and other causes related to children’s well being, organized a panel discussion on the topic Wednesday afternoon at the Idaho State Capitol. At issue is a section of Idaho law that was amended in 1972 to say, in part: “… that the practice of a parent or guardian who chooses for his child treatment by prayer or spiritual means alone shall not for that reason alone be construed to be a violation of the duty of care to such child …”

Panelists said more than 200 children in Idaho have died of preventable illness and disease since the exemption was added.

During the discussion, retired Idaho Supreme Court justice and former Idaho Attorney General Jim Jones called for the law to be amended or repealed. He said a group he is a member of, The Committee to Protect and Preserve the Idaho Constitution, is considering challenging the exemption in court.

“I have looked at doing the same for the faith healing exemption. We may well do it and take it to court, but it would be so much easier if public policy was directed by the Legislature and they just repealed the exemption,” Jones said. “It has resulted in the deaths of many children.”

Rep. John Gannon, D-Boise, was scheduled to participate in the panel discussion but he announced Wednesday afternoon that he was one of two legislators who tested positive for COVID-19 and left the Statehouse. Instead, he participated remotely via Zoom from home. Gannon said he is working on legislation to amend the law and hopes the Legislature will make the change this year or in the near future.

Wednesday’s discussion was not an official legislative committee hearing, and no bills were presented or considered.

Speakers on the panel emphasized they were not seeking to criminalize faith healing or exercising religious faith, they instead want to remove the exemption when it applies to denying life-saving care or medicine.

Donahue, who said his office has dealt with instances of faith healing, said it would be more fair to remove the faith healing exemption from law.

“For me, at least, it goes back to the uniformity and equality under the law,” Donahue said during the discussion. “Recognizing we live in a society of laws and, outside of this exemption, we impose those laws and we hold people accountable.”

A third Idaho lawmaker tested positive for COVID-19 during the first week of the 2022 legislative session, which has no safety measures in place.

Idaho’s largest-ever tax cut cleared the House on Thursday and headed to the Senate.

A panel of lawmakers on Tuesday approved the state’s largest-ever tax relief package, voting to send the $600 million tax measure to the full House.

Calculating levy rates for property taxes each year has never been an easy job for county clerk offices across Idaho, but after a new law passed last year, some clerks say became an administrative nightmare.

Lawmaker wants flags at half-staff once yearly for abortions

A panel of lawmakers has introduced a resolution that would have flags flown at half staff one day a year in recognition of abortions that have been performed since the medical procedure became legal nearly 50 years ago.

Gov. Brad Little has proposed the addition of 21 social workers and three psychosocial rehabilitation specialists for the Idaho Department of Health and Welfare, along with a 7% pay increase for safety assessors and case managers.

Capitol police interceded during both exchanges — the first in the Senate Education meeting room moments after Tuesday’s vote, and the second in Woodward’s Statehouse office.

A Democratic legislator from Boise introduced a bill Monday morning that is designed to amend Idaho’s Civil Rights Act to “add the words” that would prohibit discimination against a person based on sexual orientation or gender identity. 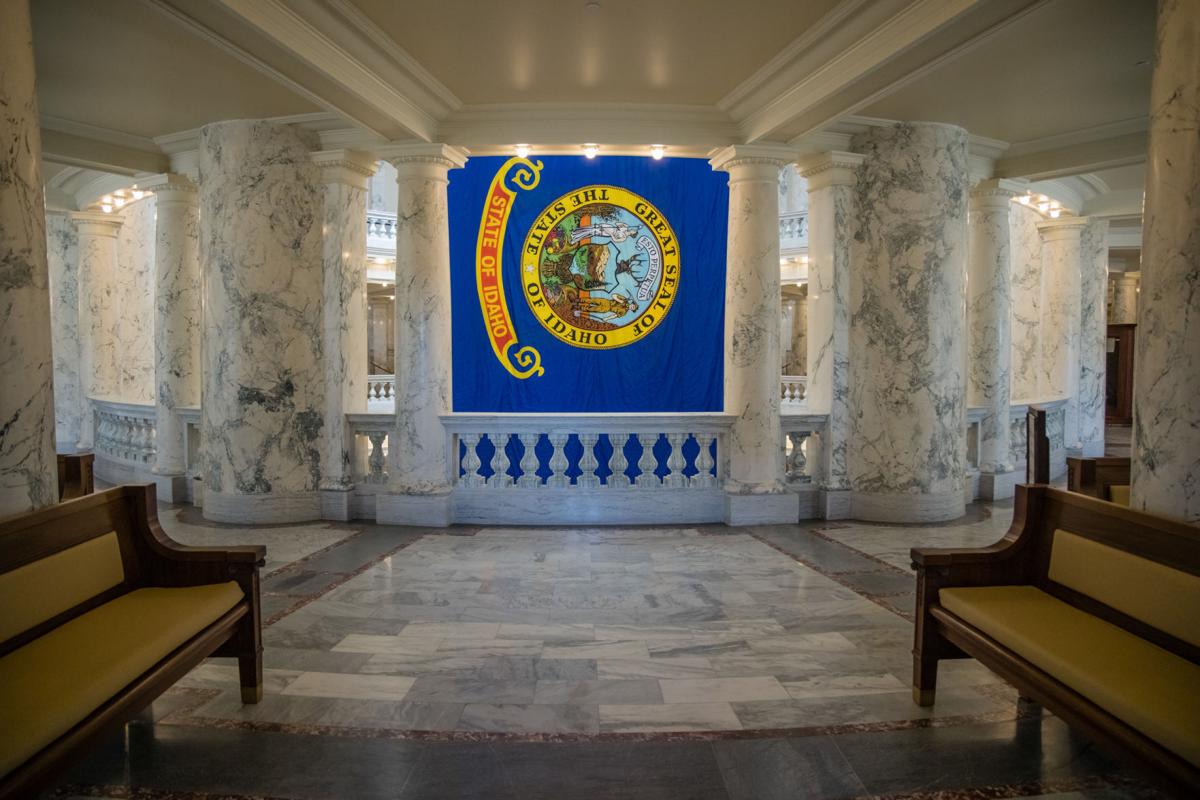 The rotunda at the Idaho State Capitol building is seen on March 23, 2021. 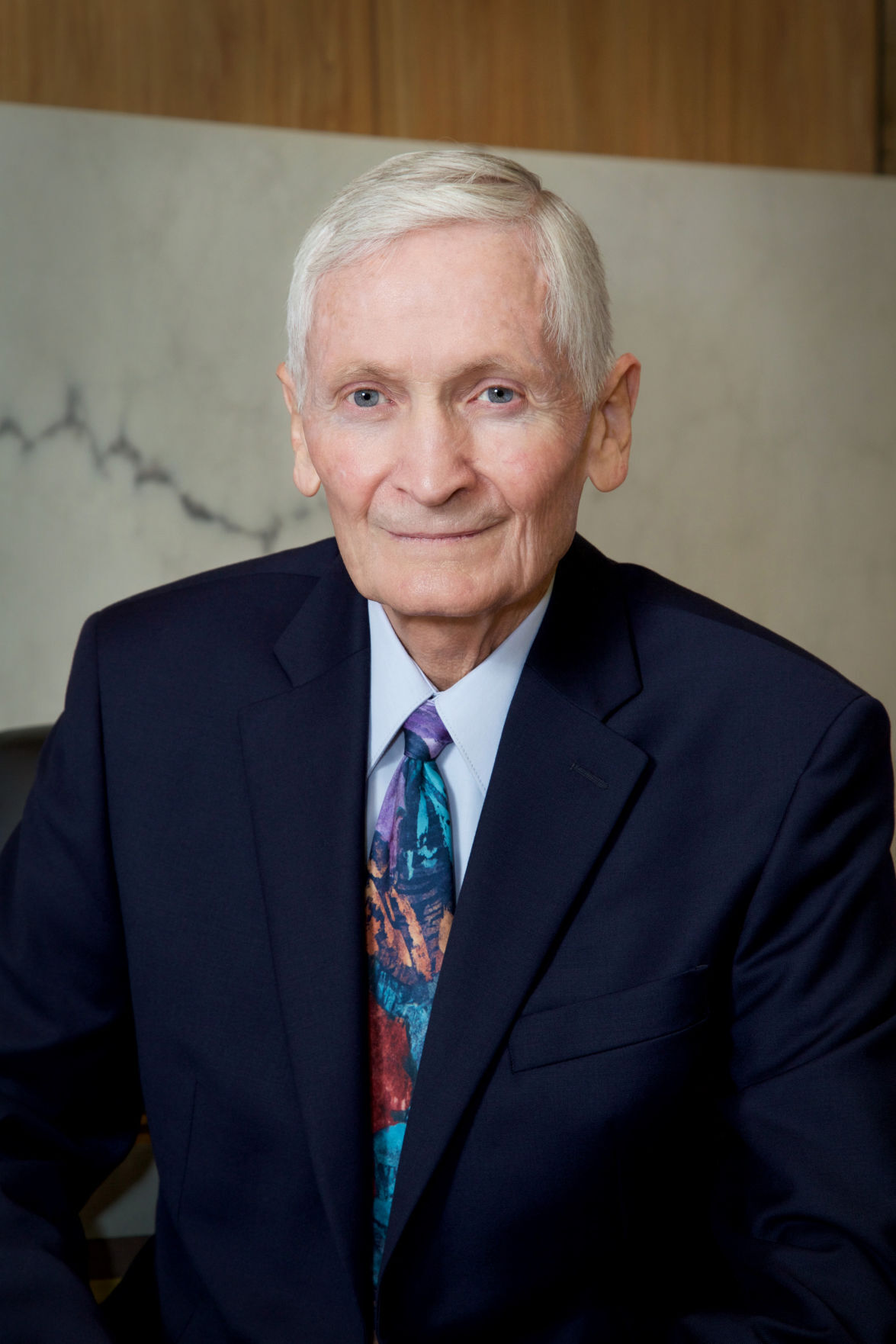