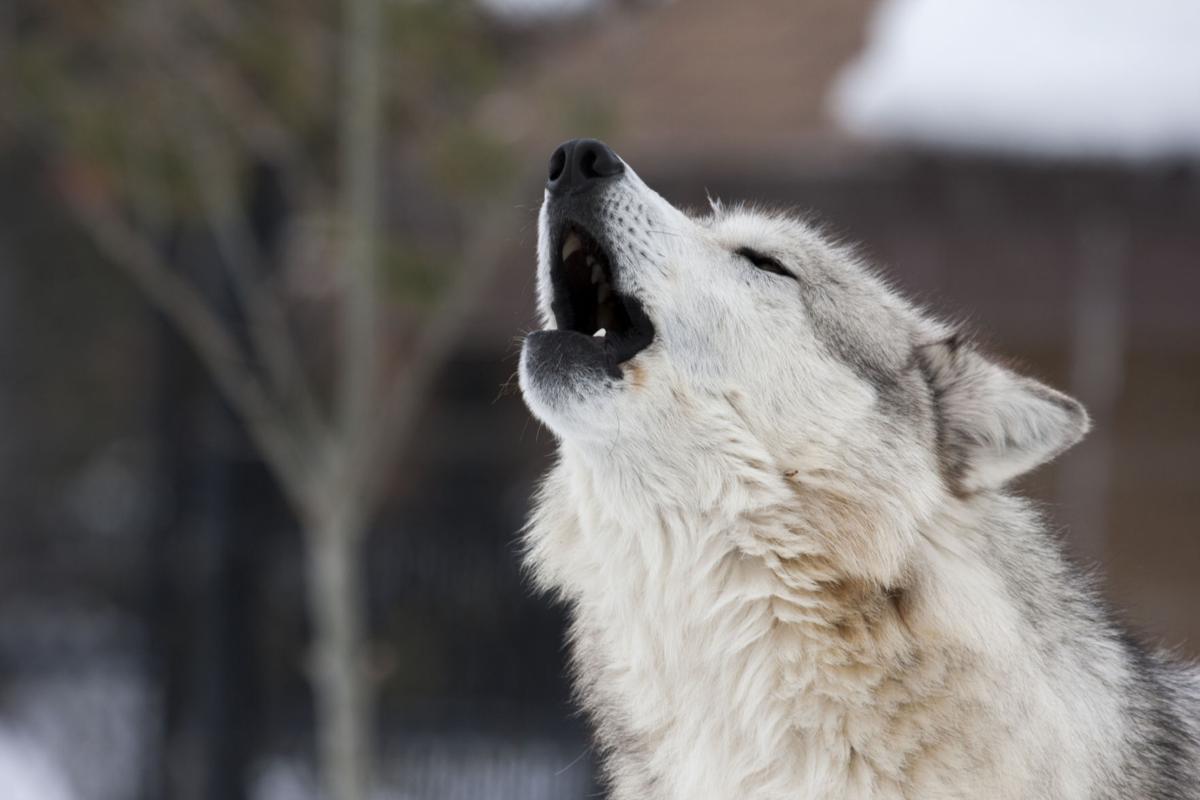 FILE - In this Thursday, Sept. 3, 2020, file photo, Idaho Gov. Brad Little speaks at a news conference at the Statehouse in Boise, Idaho. On Tuesday, April 27, 2021, the Idaho House approved legislation allowing the state to hire private contractors and expand methods to kill wolves roaming Idaho, a measure that could cut the wolf population by 90%. The agriculture industry-backed bill now goes to Little, after passing the Senate the week before. (Darin Oswald/Idaho Statesman via AP, File)

BOISE, Idaho (AP) — The Idaho House on Tuesday approved legislation allowing the state to hire private contractors and expand methods to kill wolves roaming Idaho — a measure that could cut the wolf population by 90%.

Lawmakers voted 58-11 to send the agriculture industry-backed bill to Republican Gov. Brad Little. The fast-tracked bill that allows the use of night-vision equipment to kill wolves as well as hunting from snowmobiles and all-terrain vehicles, among other measures, passed the Senate last week.

Backers said changes to Idaho law could help reduce the wolf population from about 1,500 to 150, alleviating wolf attacks on cattle, sheep and wildlife.

“We have areas of the state where the wolves are having a real detrimental impact on our wildlife,” said House Majority Leader Mike Moyle, one of the bill's sponsors. “They are hurting the herds, elk and deer. This allows the Wolf (Depredation) Control Board and others to control them, also, which we have not done in the past.”

Cattle and sheep ranchers say wolves have cost them hundreds of thousands of dollars by killing animals or harassing them, causing them to lose weight, making them less valuable when they are sold.

Opponents said the legislation threatens a 2002 wolf management plan involving the federal government that could ultimately lead to the U.S. Fish and Wildlife Service taking back control of managing the state’s wolves.

Environmental groups blasted the House’s approval of the measure and called on Republican Gov. Brad Little to veto the legislation.

“The bill will waste millions of dollars of public funds on killing wolves, and threatens to ultimately return the species to the endangered species list and federal management,” the Western Watersheds Project and about a dozen other environmental groups said in a statement.

A primary change in the new law is the hiring of private contractors to kill wolves. The legislation includes increasing the amount of money the Idaho Department of Fish and Game sends to the Idaho Wolf Depredation Control board from $110,000 to $300,000. The board, created in 2014, is an agency within the governor’s office that manages state money it receives to kill wolves.

The Idaho Department of Fish and Game reported in February that the wolf population has been holding at about 1,500 the past two years. The numbers were derived by using remote cameras and other methods.

About 500 wolves have been killed in the state in each of the last two years by hunters, trappers and wolf-control measures carried out by state and federal authorities.

Also according to the plan, if Idaho’s wolf population fell to 100, there’s a possibility the U.S. Fish and Wildlife Service could resume management of its wolf population. The 2002 document says wolf management could revert to what was in place when wolves were listed under the federal Endangered Species Act.

The Idaho Fish and Game Commission, which manages the state’s wildlife, opposed the measure. The commission, while noting it also wanted to reduce the wolf population, cited concerns that the proposed law would override certain commission decisions.

“You know that photo everyone is posting? I’m 12 years old in that photo. I’m not even a teenager in that photo, and they’re sharing it calling me nasty,” Doe said. “But the truth cannot be altered.”

Feud breaks out among GOP lawmakers over Snake River dams

Some Republican members of Congress from the Northwest are accusing Rep. Mike Simpson of conducting secret negotiations with the Democratic governor of Oregon over a controversial proposal to breach four dams on the Snake River to save endangered salmon runs.

Despite some temporary high winds and a brief sprinkle of rain, more than one hundred people gathered for a National Day of Prayer event at City Park Thursday evening.

Panel kills bill to give Idaho veto power over US decisions

An Idaho Senate panel on Monday rejected legislation intended to give Idaho lawmakers veto power over decisions by the federal government and courts, with lawmakers citing its potential violation of the Idaho and U.S. constitutions.

After 115 bruising and divisive days under the Statehouse rotunda, Idaho legislators all but finished their business Wednesday night and called another recess  — guaranteeing the 2021 legislative session will be the longest in state history.

Two groups on Friday filed a lawsuit with the Idaho Supreme Court challenging the state's new law making it more difficult to get voter initiatives or referendums on ballots.

An appeals court on Monday will consider the constitutionality of the first law in the nation banning transgender women and girls from playing on women's sports teams.

Idaho Gov. Brad Little has signed into law a measure that could lead to killing 90% of the state’s 1,500 wolves in a move that was backed by hunters and the state's powerful ranching sector but heavily criticized by environmental advocates.

An Idaho property tax relief bill described as not enough by opponents and as at least something by backers passed the Senate on Wednesday and is headed to the governor.

A Tennessee lawmaker arguing for a bill similar to one recently passed in Idaho made false claims while other lawmakers applauded.

FILE - In this Thursday, Sept. 3, 2020, file photo, Idaho Gov. Brad Little speaks at a news conference at the Statehouse in Boise, Idaho. On Tuesday, April 27, 2021, the Idaho House approved legislation allowing the state to hire private contractors and expand methods to kill wolves roaming Idaho, a measure that could cut the wolf population by 90%. The agriculture industry-backed bill now goes to Little, after passing the Senate the week before. (Darin Oswald/Idaho Statesman via AP, File)