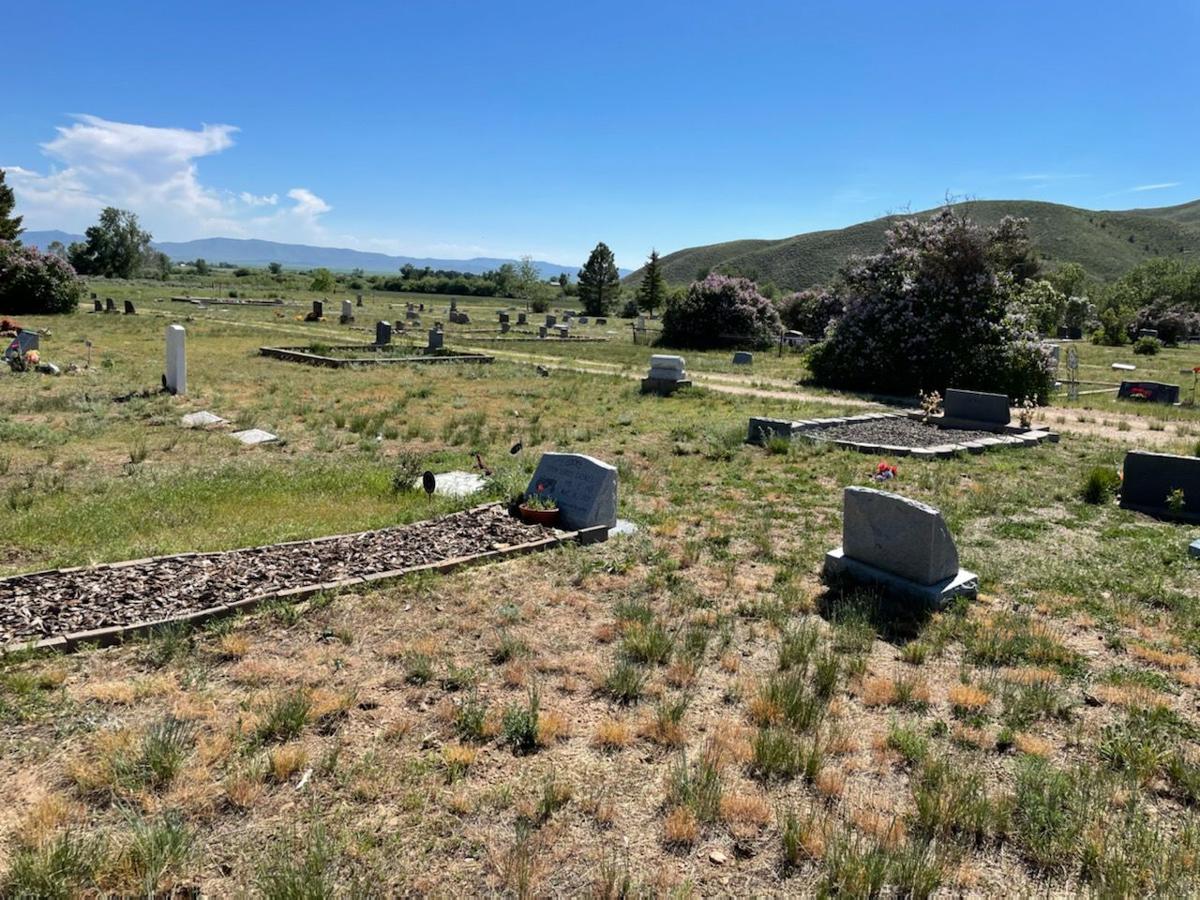 In May voters approved a temporary levy increase that will generate a substantial amount of new revenue for the Camas County Cemetery District. 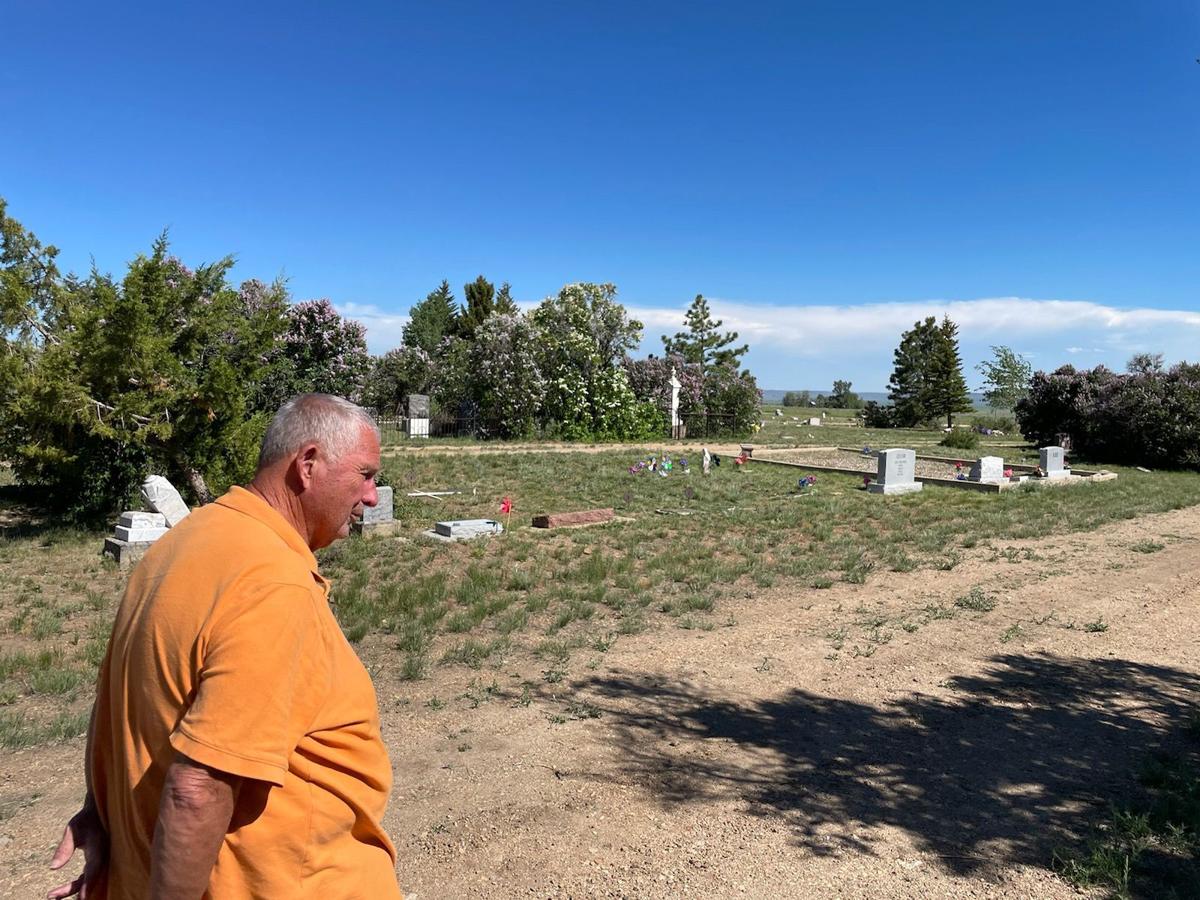 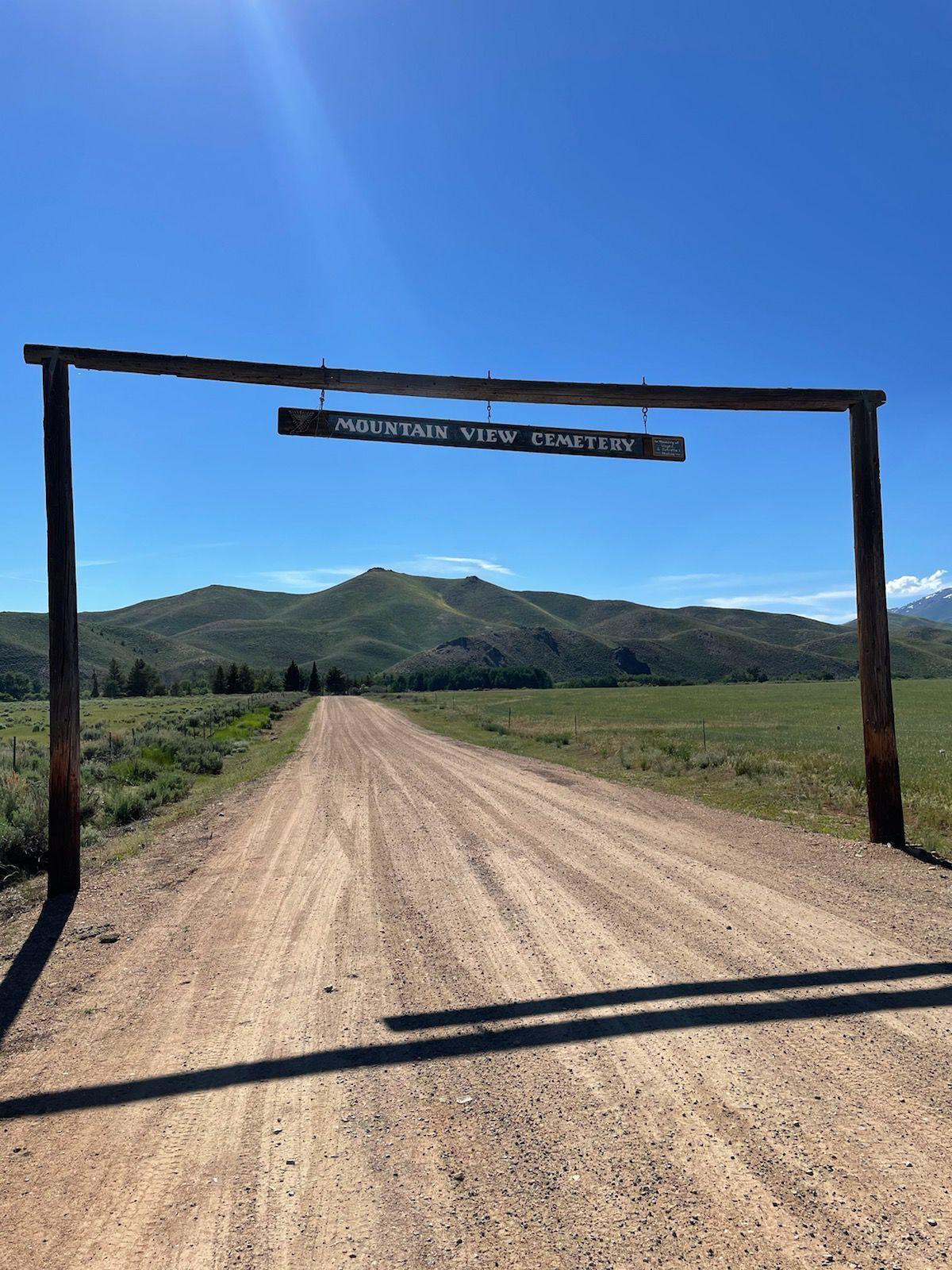 Funds from a temporary levy voters approved in May will go toward improvements at Mountain View Cemetery north of Fairfield. 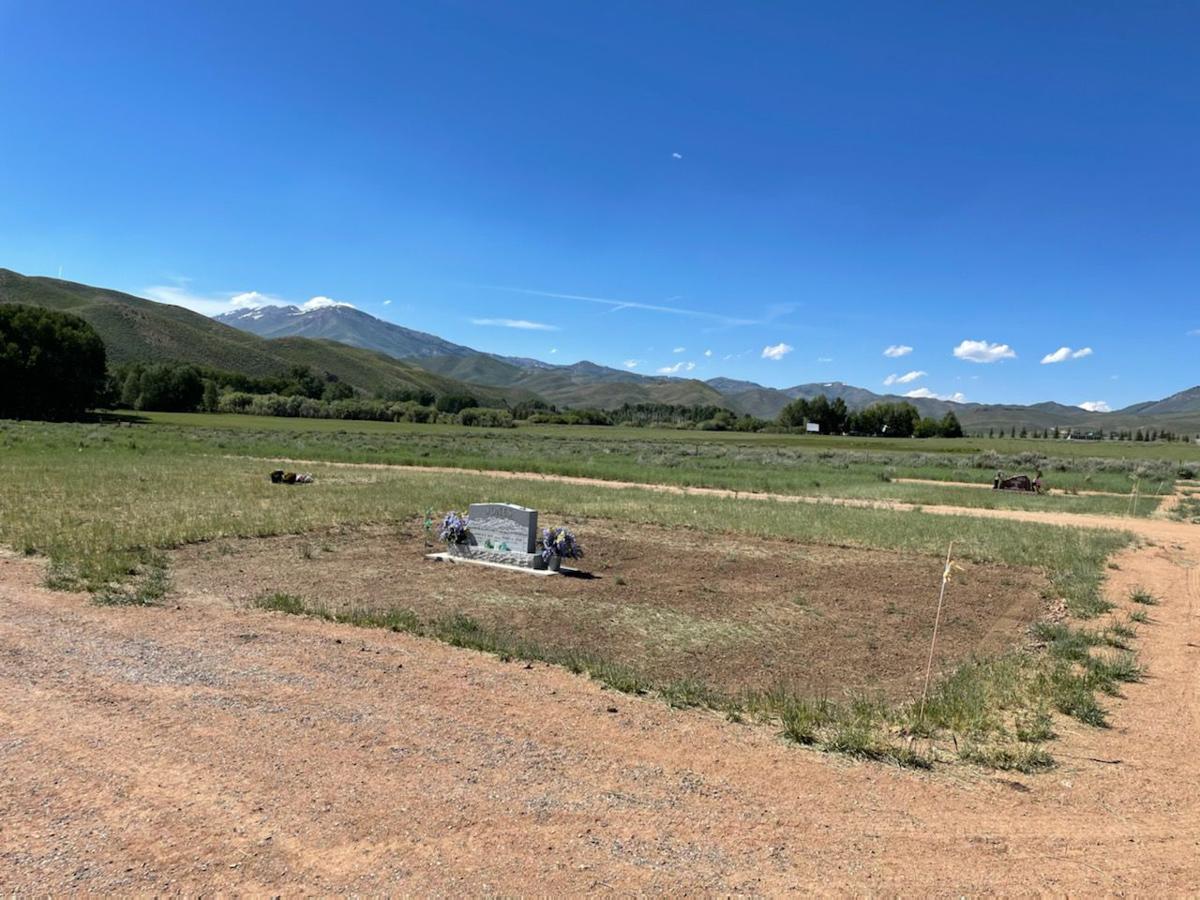 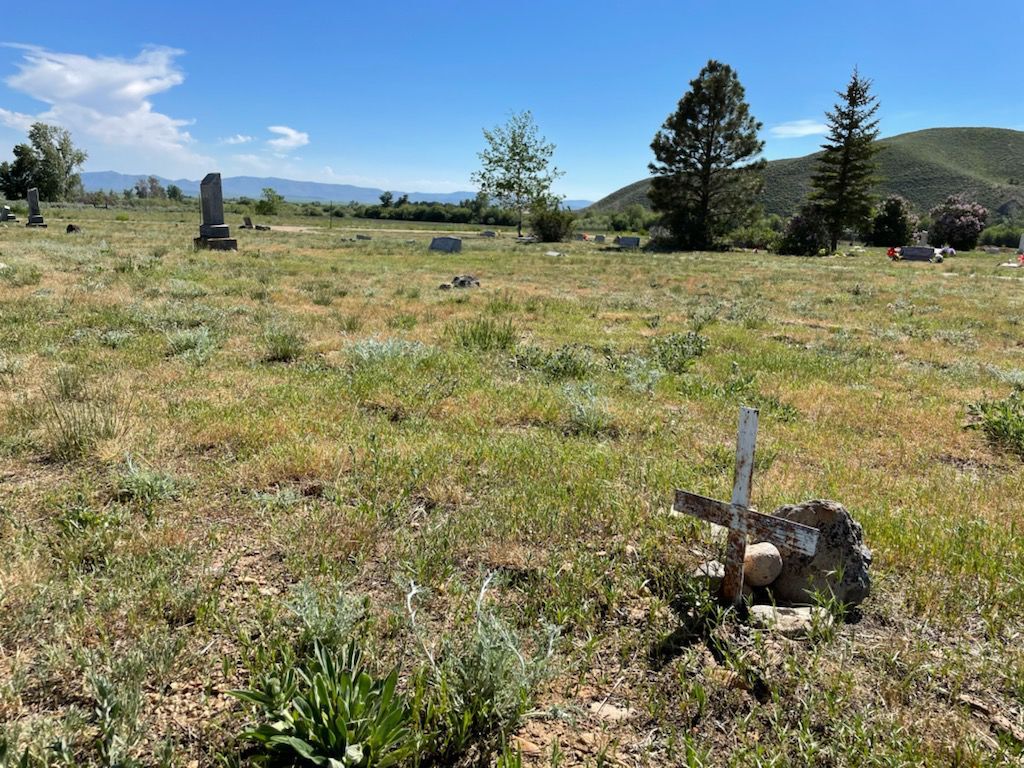 Due to a lack of accurate records, the Camas County Cemetery District is not positive whether empty spaces of land within Mountain View Cemetery are available for use.

FAIRFIELD — The Camas County Cemetery District will experience a sizeable raise in revenue over the next two years following voters’ approval of a temporary levy during the May election.

This extra revenue is desperately needed for the district, which until this election, had operated under the same levy rate since the entity was formed in 1992, district president Jerry Nelson said.

This lack of revenue has led to inaccurate cemetery maps drawn on pieces of paper, as well the inability to pay for equipment or a part-time employee to maintain the grounds at the district’s four cemeteries.

“Right now all we got is a wheel barrel, a shovel and a bunch of tape measures,” Nelson said. “I know it sounds crazy, but that’s what we got.”

Nelson and the district’s two other board members, Melody Lefler and Jerry Young, joined the entity less than two years ago, after the previous board members all resigned at the same time.

After a few months of searching, Camas County Commissioners appointed Lefler to serve on the board in October 2019, and Nelson and Young the following month, according to meeting minutes.

“We were faced with the collapse of a political subdivision,” county commissioner Marshall Ralph said. “So we had to come up with a board transfusion. We found three live bodies who agreed to take it on.”

Shortly after the newly-appointed board took over the district, its members began looking at ways to raise revenue.

The board ran override levy elections in May and November of 2020 that would have permanently increased the district’s tax rate. In both elections, about 60% of voters supported the levies. But the district fell short of the supermajority needed to pass permanent levy measures in Idaho.

The district took a different approach this spring and ran a temporary two-year levy increase, which only requires a simple majority to take pass. About 83% percent of voters supported the measure.

Nelson said the district will begin collecting the additional revenue generated from this increase in December, after people pay their property taxes. But until then, the district will use a $5,000 grant it received from the Idaho Community Foundation to begin working on cemetery improvements.

One of the district’s first priorities is to complete surveys of its four cemeteries: Corral, Hill City, Manard and Mountain View. The latter is, by far, the district’s largest. It is about five miles north of Fairfield on Solider Creek Road.

The surveying work will allow the district to accurately map out grave plots. Existing maps for the cemeteries are wrong or incomplete, Nelson said.

“At Hill City, what we have is a piece of paper with some lines on it,” Nelson said.

After mapping out the cemeteries, Nelson said the district plans to upload the information onto a computer at the county courthouse that people can visit to view and search for grave sites.

This information will also help the district respond to inquiries from people who have already purchased plots in the cemetery. Nelson recalled the story of a woman who wanted to be buried directly across from her son, who, as a military office, was buried in a small area reserved for veterans at Mountain View Cemetery.

When the woman called to speak with the district, Nelson said the board members found that the plot she purchased years ago was directly in the middle of what is now a road.

The board members were able to work with the woman and move her plot to the side of the road shortly before she died.

“Fortunately we got her buried right where she wanted to be and she can see her son just across the road, but that is kind of why this survey thing sounds ridiculous but it’s important,” Nelson said.

Although the district will continue to bury people who already own plots within the old section of the Mountain View Cemetery, people interested in buying new plots will do so in a relatively new 3-acre section a nearby landowner gave to the district within the last few years.

A similar setup is likely to take place at Corral Cemetery, where nobody has been buried since the 1950s because there are no records. Nelson said an adjacent farmer is likely to donate a few acres to the district so that it can bury local residents in the cemetery.

“Right now when somebody wants to be buried in one of these other cemeteries, we go out there with tape measures and sticks,” Nelson said. “And it’s not an easy process.”

Along with the surveying and mapping work, the board plans to use this additional revenue to hire a part-time contractor to dig graves for the one to 12 burials the district handles each year. In the past, the county Road and Bridge Department has completed this work as a favor to the district.

Nelson said he also hopes to hire a part-time employee who can maintain the cemeteries by mowing the lawn and filling in holes rodents dig in the ground.

It could take four or five years until the cemeteries reach the level the district would like to see, Nelson said. And with this temporary levy rate only in effect for two years, he believes a more permanent solution still may be needed.

Camas lilies begin blooming. Make plans to see them before they vanish

Bird watchers are already flocking to Centennial Marsh with cameras, long lenses, and binoculars while the lilies are just beginning to present themselves.

Here's what's on the ballot Tuesday in the Magic Valley

Here's what will be on the ballot Tuesday.

In May voters approved a temporary levy increase that will generate a substantial amount of new revenue for the Camas County Cemetery District.

Funds from a temporary levy voters approved in May will go toward improvements at Mountain View Cemetery north of Fairfield.

Due to a lack of accurate records, the Camas County Cemetery District is not positive whether empty spaces of land within Mountain View Cemetery are available for use.