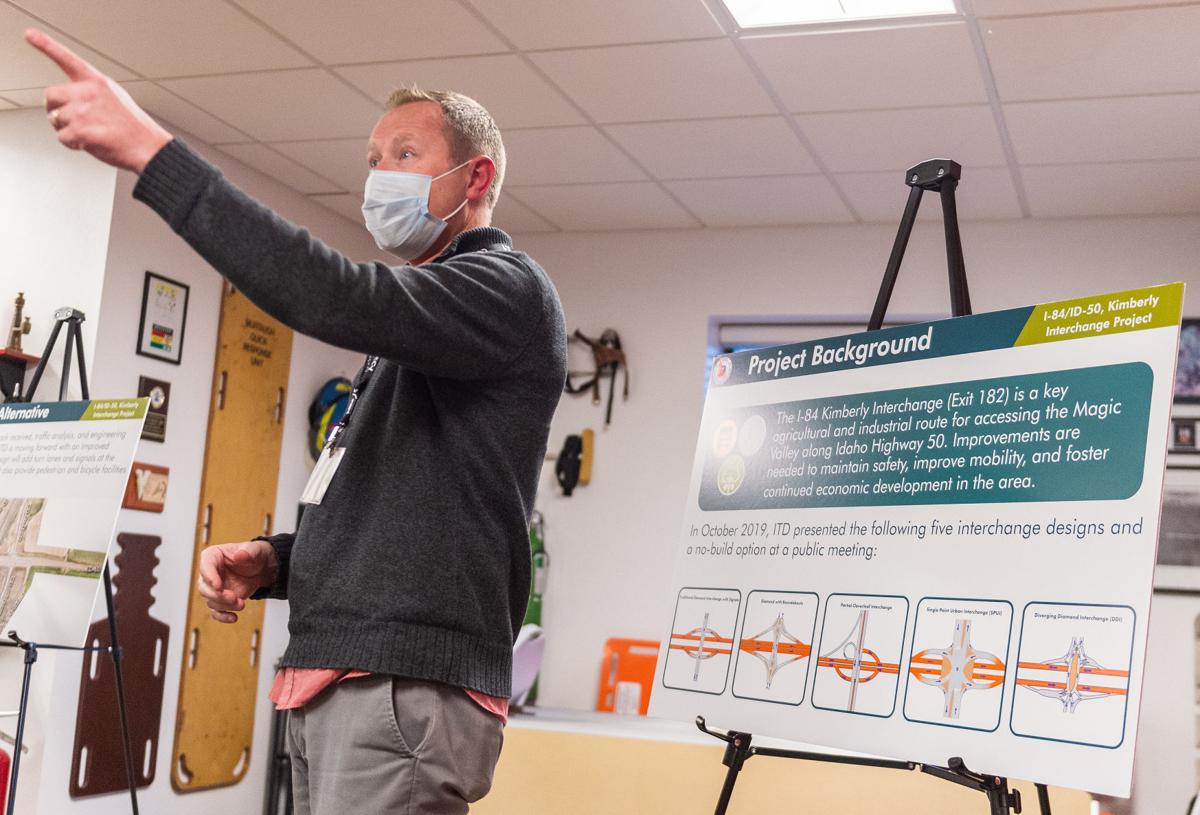 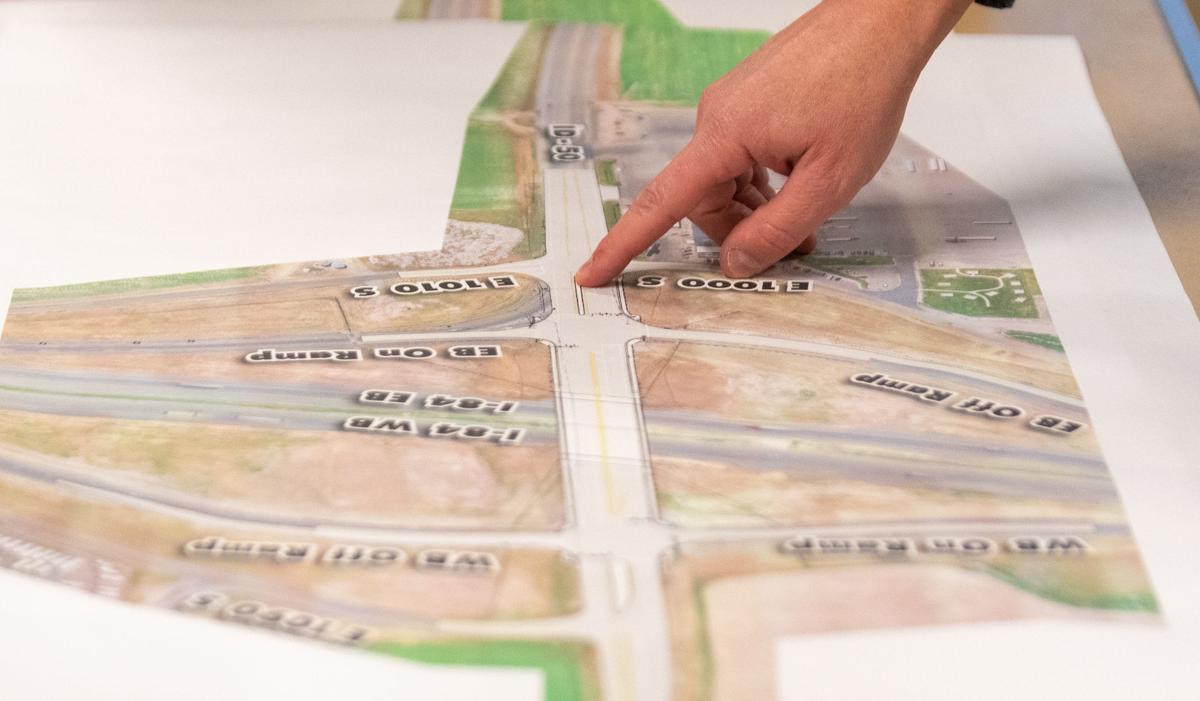 Dan Jones, consultant project manager with HDR, speaks with the public during an Idaho Transportation Department public meeting about the I-84/Idaho 50, Kimberly Interchange Project on Wednesday in Kimberly. 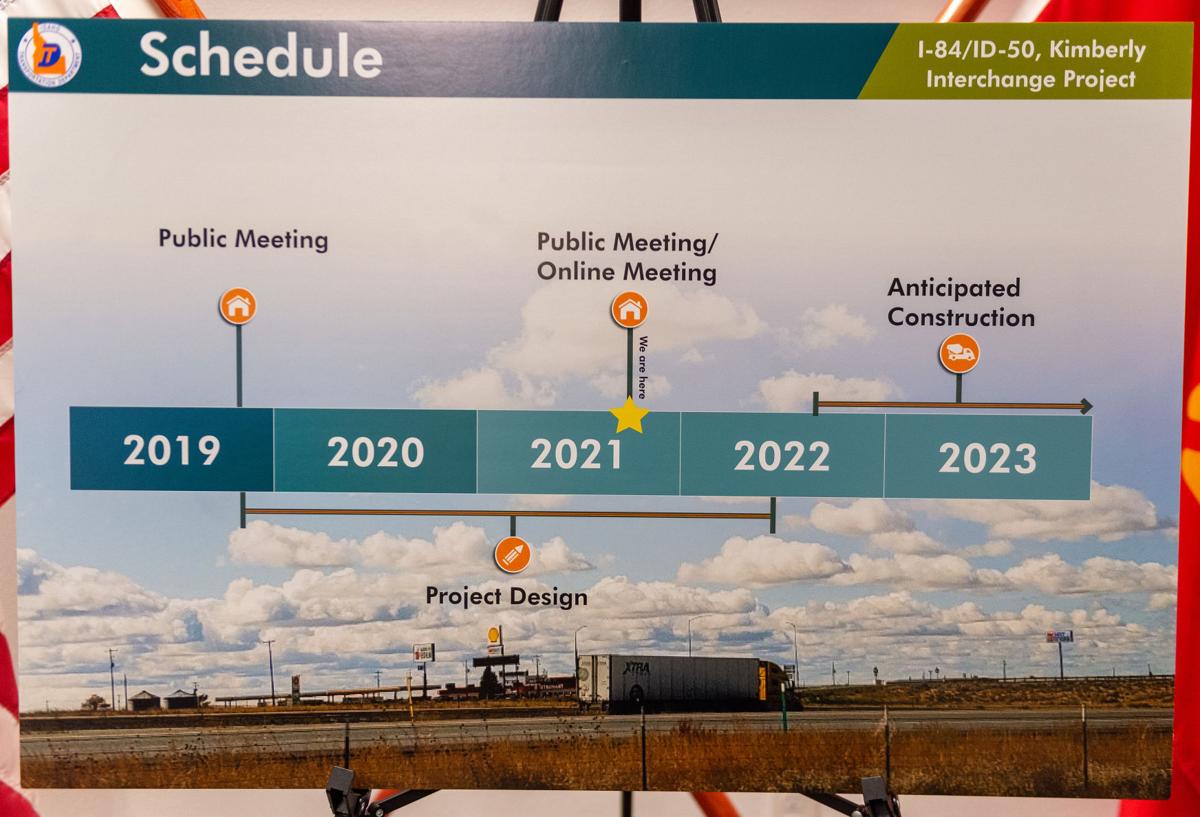 KIMBERLY — The Idaho Transportation Department has selected a design for improvements to the interchange at Interstate 84 and Idaho Highway 50 at Exit 182, also known as the Kimberly interchange.

The proposed design was presented during an open house on Wednesday at the Rock Creek Fire Station, and members of the community were invited to view the design features included with the proposed upgrades.

Construction on the interchange is expected to begin sometime in the second half of 2022. ITD estimates the construction will last from 16 to 18 months depending on weather, and will cost an estimated $18 million.

“We started the process with public comment back in 2019,” Consultant Project Manager Dan Jones said. “This is our opportunity to share that information with the public.”

The selected design is called an “improved traditional diamond interchange,” and was chosen based on feedback from an open house and comment period. The new bridge, at a proposed width of 115 feet, will be wider than the existing bridge, which is about 70 feet wide. The design will incorporate new standards from when the bridge was originally built in 1964.

Many members of the community stopped by to check out the new design over the course of the open house, and IDT spokesperson Jessica Williams encouraged all who attended to leave feedback on the design.

“We value input and feedback from everyone,” Williams said. “Nobody knows the roads better than those people that travel the roads every single day.”

A 36-year-old Twin Falls man is in jail after a shooting incident that left him and a Twin Falls police officer injured.

Twin Falls officer was shot in hand, suspect in torso during arrest

A few weeks after Idaho’s first-ever declaration of crisis standards of care, Gov. Brad Little took a call from Gloria, a woman in Kimberly.

Idaho State Police say that a driver killed in car crash, on Friday night in Boise County, has been identified as a missing Montana man.

TWIN FALLS — A shortage of para-educators workers in local schools is prompting an aggressive response from the district.

ITD is planing to add a lane to I-84 between Jerome and Twin Falls. The project is still being planed, but it is already causing some lane closures on the interstate.

Ink into Art: A tattooist's life

Tattoo artist Sergio Larios found art at a young age and has turned that passion into a successful business.

“I’m already dying. Killing me now is a waste of money.”

Moderna may have Omicron booster by March

Dan Jones, consultant project manager with HDR, speaks with the public during an Idaho Transportation Department public meeting about the I-84/Idaho 50, Kimberly Interchange Project on Wednesday in Kimberly.