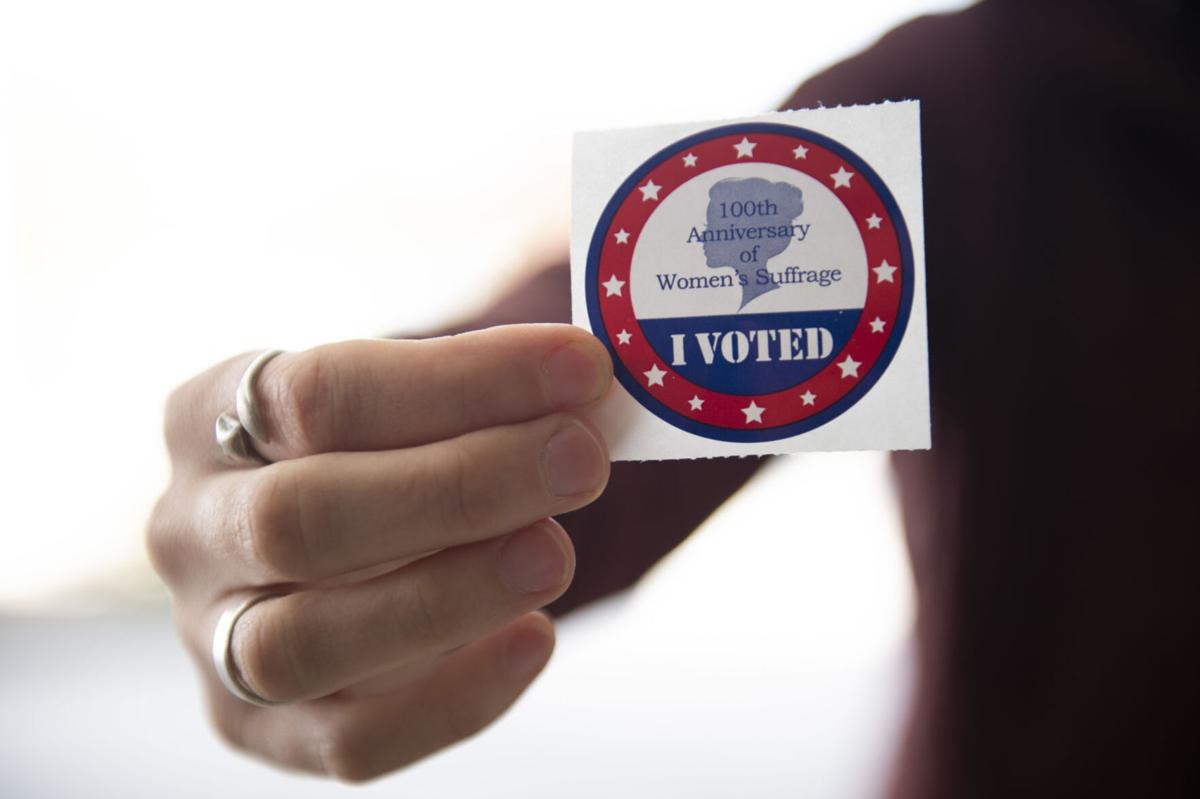 A voting sticker seen Tuesday outside of County West in Twin Falls. 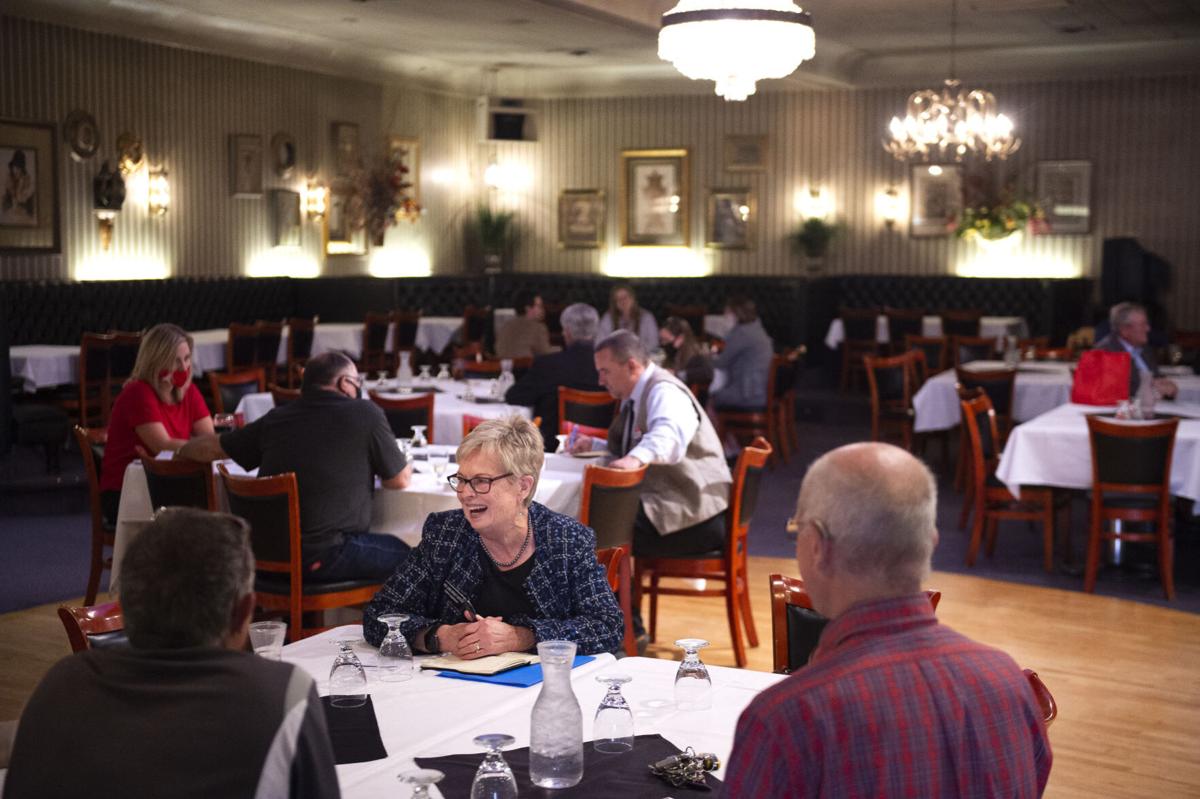 Representative Linda Wright Hartgen (R) shares a laugh during 'Speed Dating, a public policy roundtable with the legislative candidates' on Wednesday evening, at the Turf Club in Twin Falls. 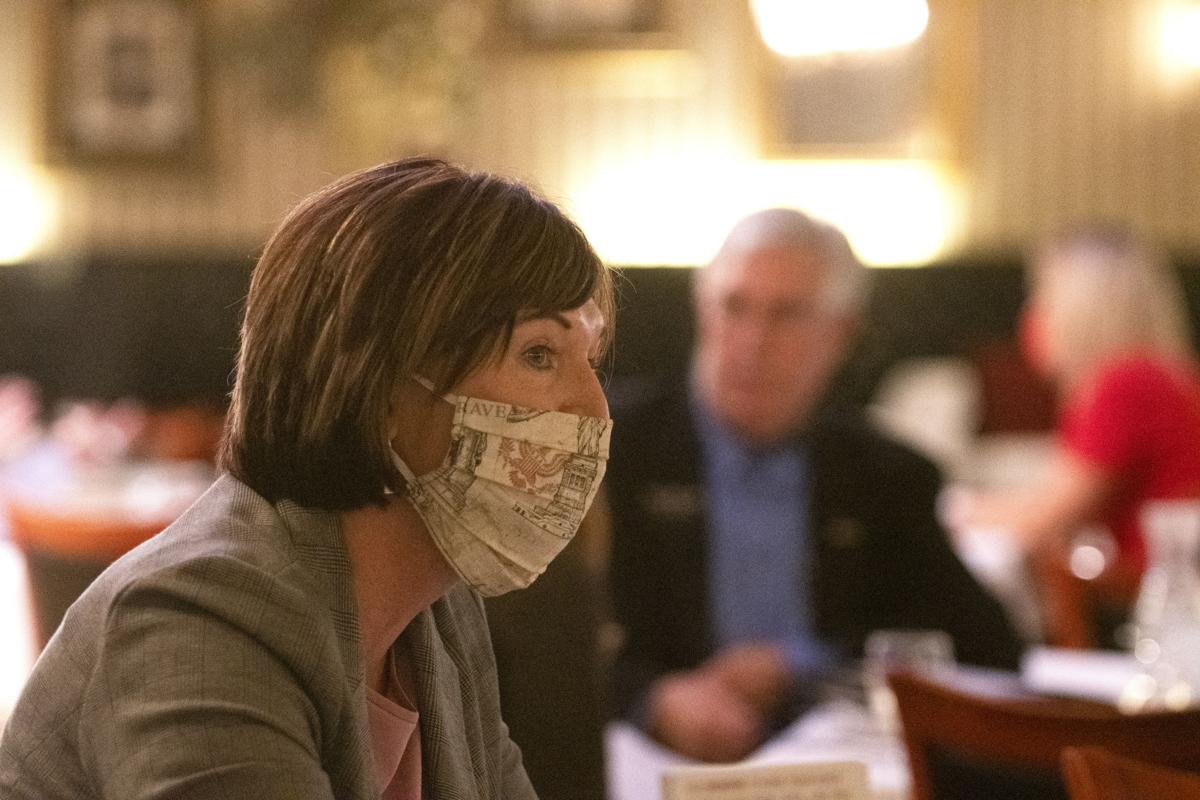 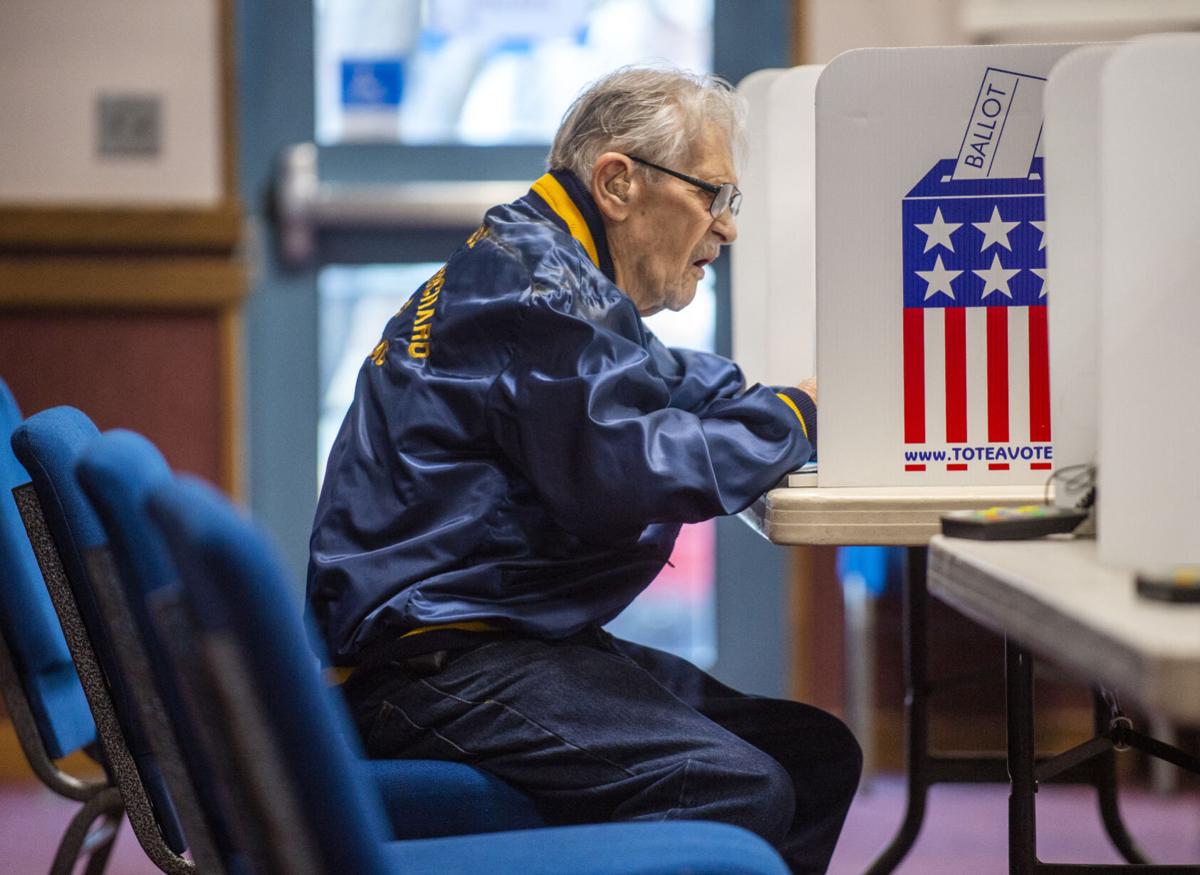 TWIN FALLS — It’s election time again. Early voting started last week and runs through Oct. 30. If you can’t make it to the polls before then, be sure to vote Nov. 3.

October 23. In May, we had an all-absentee election where many voters marked

the box to get an absentee ballot for this November election. This is your official

Vote and Return your Absentee ballot

Please vote and return your absentee ballot as soon as possible. It must be in the

Clerk’s office by November 3 at 8:00 p.m. You can put one postage stamp on it

and mail it back, drop it off at any three secured drop boxes at County West, or

hand deliver it to our Election’s office. You can track the status of your absentee

ballot at Idahovotes.gov. If you have not returned your absentee ballot and want to

vote at your polling place on Election Day, please contact our office.

the last three days you can expect to wait in line.

Here are candidate bios for the 2020 election.

Rocky Ferrenburg grew up in Anchorage, Alaska, and moved to the Magic Valley in 2008. He is an accomplished musician, a published writer, and …

I am running for the Senate seat in District 24. I am 73 years old. I was born and raised in Twin Falls, and except for my service time as an …

Sally Toone, Candidate for Idaho House of Representatives, District 26B

I am an Idaho native, very much American, with a resume full of work in our communities. Idaho’s rural communities and our Idaho way of life a…

William Thorpe, Candidate for Idaho House of Representatives, District 26B

I am married and have five children and seven grandchildren spread across the U.S.

I am running for Senate in District 26 in Blaine, Lincoln, Camas and Gooding counties. I have lived in Idaho off and on since 1998 but decided…

Jan Mittleider, Candidate for CSI Board of Trustees, Zone 4

Matthew Bundy, Candidate for Idaho House of Representatives, District 23A

As an educator in a rural Idaho high school for the past 16 years, I have a firsthand view of our strengths and weaknesses. We have great teac…

Paul Thompson, Candidate for Idaho House of Representatives, District 24A

Before I vote, I take the responsibility to read the party platform of each candidate. Increasing inconsistency within the main parties has le…

Megan Blanksma, Candidate for Idaho House of Representatives, District 23B

I have served as a state representative for the last four years, the last two in a leadership position as House Majority Caucus chairman. Over…

Since 1986, I have lived in southern Idaho. For 32 years I've been married to my wife, Lori. We have raised three children with seven grandchi…

I’m Brent Reinke, running for the Twin Falls County Commissioner, District 1. Let me introduce myself by telling you about my history and my y…

A voting sticker seen Tuesday outside of County West in Twin Falls.

Representative Linda Wright Hartgen (R) shares a laugh during 'Speed Dating, a public policy roundtable with the legislative candidates' on Wednesday evening, at the Turf Club in Twin Falls.