For Christians, Easter is the spiritual expression of springtime. The timing of Easter is calculated to occur on the first Sunday after the first full moon following the vernal or spring equinox. The annual emergence of nature from the deathlike grip of winter heralds Christ’s resurrection.

In the summer of 1845, the American writer, Henry David Thoreau, moved to a cabin near Walden Pond outside Concord, Massachusetts. One of the attractions of living in the woods, he mused, was to have “opportunity to see the spring come in.” When it arrived, he saw the earth transformed into “living poetry.” In nature’s rebirth, he found (to use Wordsworth’s wonderful phrase), “intimations of immortality.” The miracle of spring became personal. “So our human life but dies down to its root,” he observed, “and still puts forth its green blade to eternity.” Awed by the spectacle of melting ice and the first notes of returning birds, he exclaimed: “Walden was dead and is alive again.” He concluded that “There needs no stronger proof of immortality.”

Throughout Christian history, writers and artists have found spiritual realities symbolized in the objects of nature. Easter has been well represented by such symbolism. Where the red rose became the symbol of Christ’s crucifixion, the white lily (Lilium longiflorum) was to emerge as the most popular floral image of the resurrected Christ so that today it is popularly known as the Easter lily. The Easter lily has become an appropriate adornment in churches and homes in this Paschal season.

Easter lilies are beautiful, fragrant and easy to maintain. Indoor potted lilies need to be kept moist, but they hate wet feet. Susceptible to root rot, they require soil with good drainage. They need ample light, six hours daily. If they outgrow the pot they’re in, cut off spent flowers but keep the stem and foliage. Prepare soil for the new pot, combining potting soil and peat moss. Moisten the soil in the new pot. Carefully move the lily into the larger pot. Keep the top of the root ball at soil level. Water when the soil feels dry.

Easter lilies can be transplanted into a sunny spot in the garden later in the spring. Almost all Easter lilies sold locally were grown along the California and Oregon coast and should be hardy to Zone 4. Dig hole twice as wide and deep as the pot it was in. If garden soil is clayish (probable in Magic Valley), amend to improve drainage and plant as instructed above.

What we call the Easter lily has had a long and varied history in Christendom. For centuries the white lily symbolized the chastity of the virgin Mary. It became a standard element in paintings of the Annunciation, when the angel Gabriel came to tell the virgin Mary that she would bare God’s son. The white lily was there to remind viewers of Mary’s virginal purity.

In several paintings of the Annunciation, Gabriel holds a lily. Others show a vase of lilies or Joseph holding a lily-branch. Still others show saints bringing vases of white lilies to Mary. The American artist George Hitchcock made the lily dominate his version of the Annunciation in which the virgin Mary is depicted as a peasant girl standing in a field of white lilies.

As the symbolism of the white lily grew, fanciful legends spread to explain the origin of this revered flower. According to one of the most popular legends, after the death and resurrection of Jesus Christ, some of these beautiful white lilies were found growing in the Garden of Gethsemane, where Jesus had prayed the night before His crucifixion. The legend tells us that these flowers emerged where drops of Christ’s blood had fallen as he prayed, and those flowers became “white robed apostles of hope.” The popularity of this legend helped transform the white lily from a symbol of the Annunciation to a symbol of the resurrected Christ.

For Christians, the bulb, appearing lifeless underground, represents the body of Christ in the tomb following the crucifixion. The lily itself emerging from the cold earth represents Christ rising from the dead. Each spring, the Easter lily is reborn to live again and to remind us of the resurrected Christ.

This glorious white trumpet-like flower symbolizes His victory over death. The snowy white color reflects his purity, the gold anthers represent his royal and divine lineage, and the trumpet form represents Gabriel’s own trumpet, calling Christ and — through Christ — all of us to rebirth and new life.

Garden Wise is presented by the Magic Valley Master Gardener Association. We will try to answer questions of general interest submitted by the community. Please submit questions to gardenwise@cableone.net.

Spring is a good time to add a tree to your yard. Growing conditions will be cool for a few more weeks allowing the tree to become accustomed …

Throughout history, people have turned to the world of plants to cure their ills. To our ancient forebearers, plants had power, both medicinal… 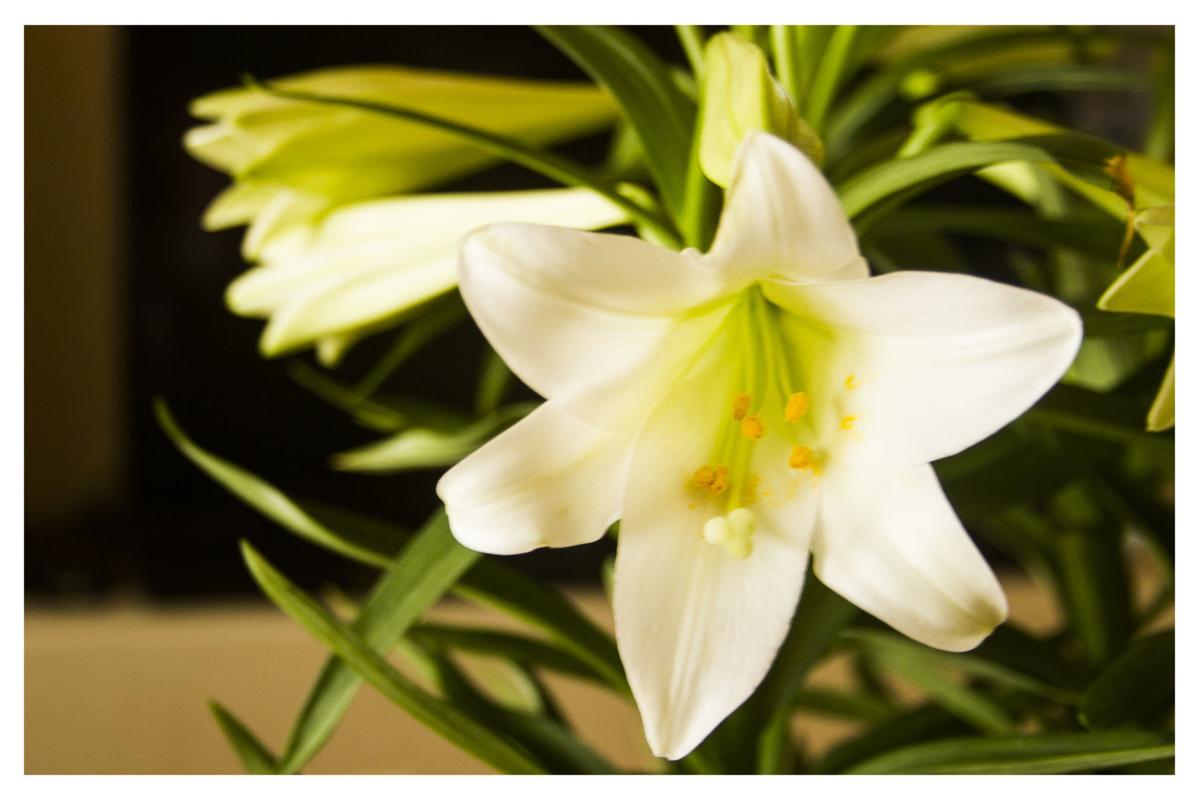 Throughout history the white lily (Lilium longiflorum) emerged as the most popular floral image of the resurrected Christ so that today it is popularly known as the Easter lily. 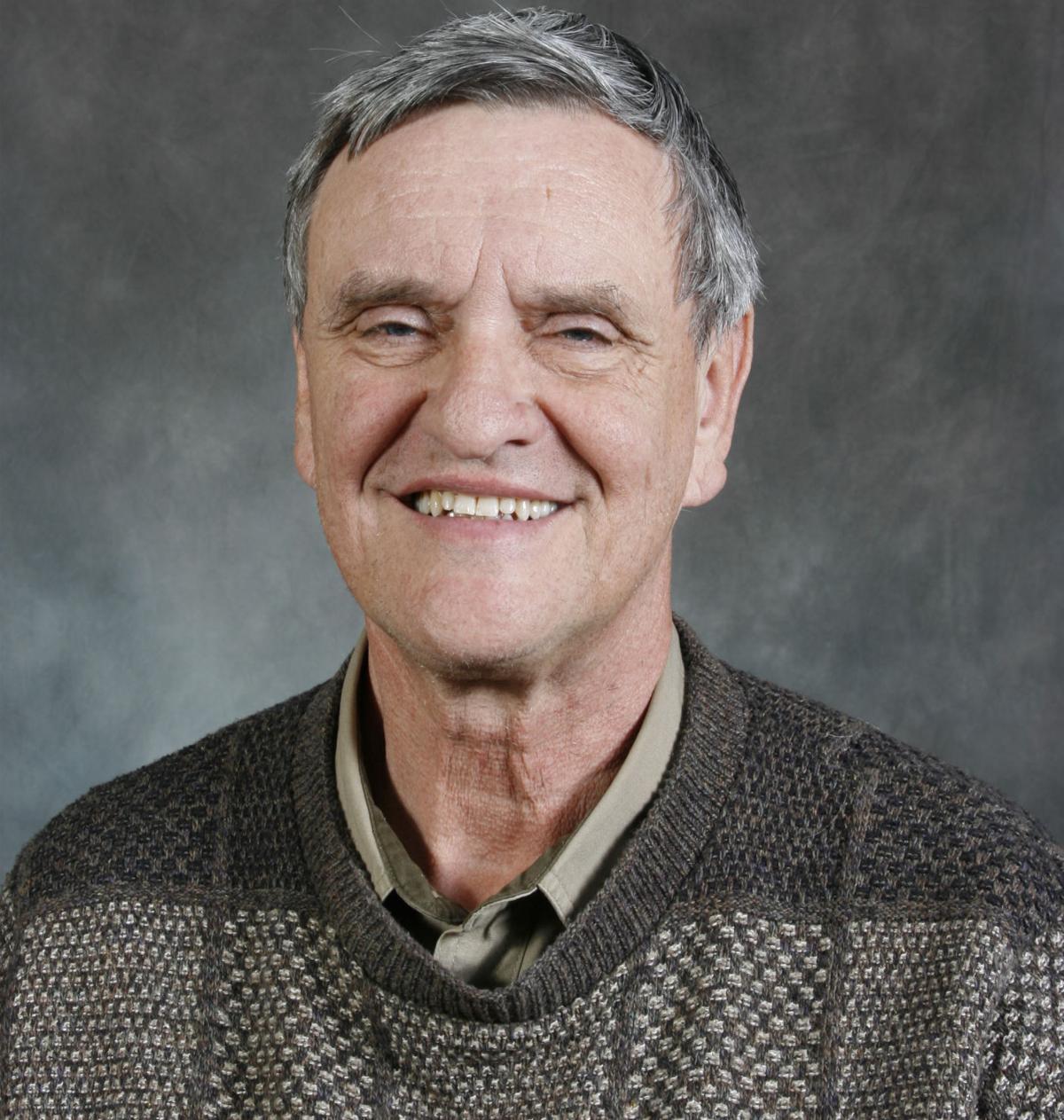