Documents and firsthand accounts shed new light on a chaotic incident earlier this year at an Idaho prison south of Boise that required hospitalizations and caused thousands of dollars in damage — including a wall being breached by inmates.

The April 10 incident — Idaho Department of Correction officials have taken care not to call it a riot — also highlighted potential security risks. At least one fire was started and the housing tier filled with smoke, and inmates were able to bust through a wall to gain access to a recreation yard within the prison’s security fence.

Four residents of the Idaho State Correctional Center were hospitalized in Boise after fights broke out in Tier 1 of the prison’s H-Block, according to a news release after the unrest. A fifth ISCC resident was evaluated in a hospital two days later for an injury that was apparently sustained that evening, the release said.

Bills for the damage exceeded $20,000, according to an IDOC spokesperson.

ISCC is one of several prisons located south of Boise, and it houses more than 2,100 men at various security levels. The prison’s H-Block is a separate building from all other housing blocks in the main part of the prison, connected only by an outdoor walkway. Once inside, H-Block is divided into three tiers.

Tier 1 is a large room with a dorm-style layout, meaning there are no cells, but rather rows of bunk beds and rows of tables. To the west of the Tier 1 section lies the H-Block recreation yard.

Records obtained by the Idaho Statesman show that the incident started at around 4:30 p.m., with fights preceding the starting of a fire, which prompted the IDOC’s version of a SWAT team to be called to the prison. That team, known as the Correctional Emergency Response Team (CERT), cleared dozens of people from the H-Block recreation yard and restrained some.

By the time officers searched Tier 1, all inmates were already in the recreation yard. Emails obtained by the Statesman via a public records request also indicate that some of the inmates consumed prison-made alcohol that day.

In emails and phone interviews, Idaho prison officials declined to answer specific questions regarding the situation, as the matter remains under investigation.

The Ada County Sheriff’s Office has completed its inquiry, spokesperson Patrick Orr wrote in an email. Reports were then transferred to the Ada County Prosecutor’s Office.

As of Friday, the prosecutor’s office was still reviewing reports and screening the incident for possible charges, according to a spokesperson. No charges have been filed.

Whether the incident falls within Idaho’s riot statute will be determined by the Ada County prosecutor, IDOC spokesperson Jeff Ray said in an email.

According to state law, a riot is defined as “any action, use of force or violence, or threat thereof, disturbing the public peace, or any threat to use such force or violence, if accompanied by immediate power of execution, by two or more persons acting together, and without authority of law,” which results in physical injury to a person, damage to property or a disturbance to public peace. There are misdemeanor and felony charges available.

Read the rest of the story at Idahostatesman.com.

A former Idaho gubernatorial candidate will face a jury trial on charges of murder and kidnapping in Colorado next week.

Prosecution agrees to change of venue in Daybell case, motions for sequestered jury

The Fremont County Prosecutor’s Office agreed Thursday to a change of venue in the scheduled jury trial for Chad Daybell.

Idaho Lt. Gov. Janice McGeachin will face a hearing next week on whether she should be held in contempt of court for failing to comply with a judge's order in a public records lawsuit.

Heyburn police chief has been on paid administrative leave since March, officials mum as to why

The City of Heyburn’s police chief has been placed on administrative leave, but city officials are declining to say much about the issue.

An intact bull elk with its head and antlers removed was found north of Ketchum. Officials want to know who did it.

At times the exchanges between the two attorneys grew heated, and Boyce cautioned Wood and Prior to refrain from personal attacks.

Newly released documents from the complex investigation of a woman accused of conspiring to kill her children and husband reveal sordid details of a cult-like belief system of “zombies” and “vibrations" plus a disintegrating marriage and an affair.

A former Idaho lawmaker charged with rape has been booked into a jail in Boise.

Judge grants motion for change of venue in Daybell case

Trial starts in 1984 killing of girl shown on milk carton

A former Twin Falls resident on trial in the 1984 killing of a 12-year-old Colorado girl wasn't even remotely considered a suspect to law enforcement until his obsession with the crime turned him into the suspect, prosecutors said.

A former state lawmaker made his first appearance in an Idaho courtroom on charges that he raped a young legislative intern earlier this year.

A Pocatello man has been charged with two counts of voluntary manslaughter after police say his wife and another man were found shot to death inside his home.

A woman has been sentenced to a prison treatment program for what prosecutors said was her role in a violent kidnapping and torture case.

Chad Daybell’s murder trial has new Idaho venue after ruling. Here’s where it will be

Nearly two weeks after an east Idaho judge ruled that Chad Daybell’s murder trial should be moved to a new county, the Idaho Supreme Court has designated a new venue.

Bail was denied Wednesday for a former Silicon Valley mother arrested in Idaho after being accused of hosting alcohol-fueled parties for her teenage son and his friends.

Within the last month, three separate incidents have resulted in substantial damage to the facility located south of Hagerman on U.S. Highway 30.

“The noise, that was what made it the scariest. It was magnified like 100 times in the mall.”

More than 6,000 fentanyl pills were seized during a drug bust in south-central Idaho on Tuesday.

Pankey admits to lying about Jonelle Matthews case, maintains he wasn’t involved: ‘I made a lot of stuff up’

Steve Pankey, the former Twin Falls resident on trial for the 1984 murder of Jonelle Matthews, testified that he lied about the case to law enforcement over the years, out of bitterness against his former church, his former supervisor and police.

Lori Vallow’s attorney alleged in a motion that an employee with the Idaho Department of Health and Welfare manipulated her into contacting a lawyer with The Church of Jesus Christ of Latter-day Saints and that that lawyer betrayed her trust.

Boise Police have identified the officer who fired at the suspect in Monday’s mall shooting.

A magistrate judge says there is enough evidence for a rape case against a former state lawmaker to move forward in court.

A 36-year-old Twin Falls man is in jail after a shooting incident that left him and a Twin Falls police officer injured.

Twin Falls officer was shot in hand, suspect in torso during arrest

A few weeks after Idaho’s first-ever declaration of crisis standards of care, Gov. Brad Little took a call from Gloria, a woman in Kimberly.

Idaho State Police say that a driver killed in car crash, on Friday night in Boise County, has been identified as a missing Montana man.

TWIN FALLS — A shortage of para-educators workers in local schools is prompting an aggressive response from the district.

ITD is planing to add a lane to I-84 between Jerome and Twin Falls. The project is still being planed, but it is already causing some lane closures on the interstate.

Ink into Art: A tattooist's life

Tattoo artist Sergio Larios found art at a young age and has turned that passion into a successful business.

“I’m already dying. Killing me now is a waste of money.”

Idaho Department of Correction officers begin to search H-Block, Tier 1 at 8:41 p.m. inside the Idaho State Correctional Center south of Boise. Inmates started a fire and broke out a wall during a disturbance on April 10. This image of security camera footage was provided to the Idaho Statesman by a correctional officer. 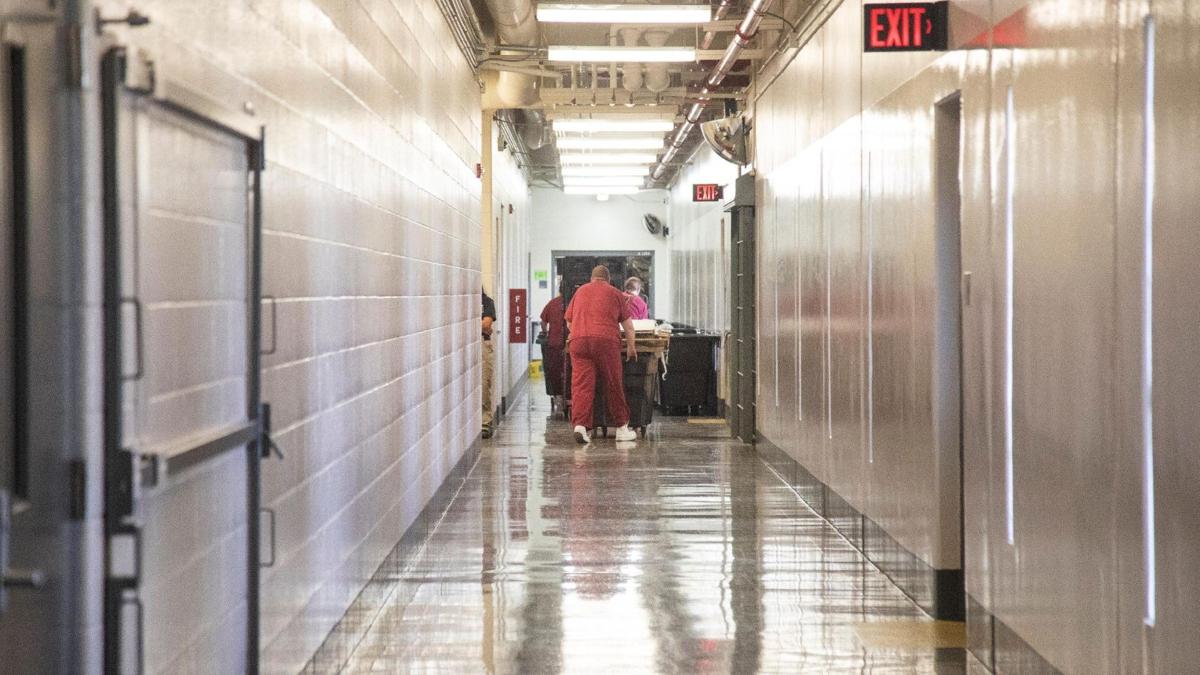 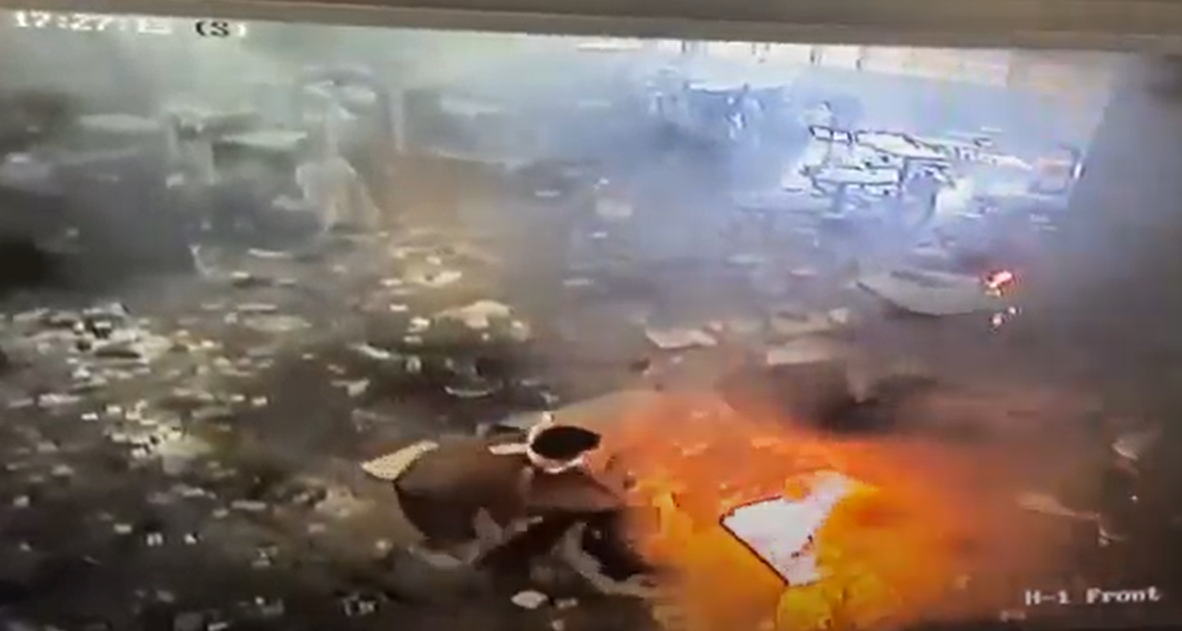 A man inside H-Block, Tier 1 of the Idaho State Correctional Center throws items onto an open fire during an incident inside the prison on April 10. This image of security camera footage was provided to the Idaho Statesman by a correctional officer.