He was shot and wounded by German soldiers in Italy. Led 25 of his fellow Black infantrymen through German bunkers and machine gun nests. Took heavy machine gun and mortar fire as the men in his platoon died around him. He withstood close calls with hand grenades and evaded death throughout World War II.

For Lt. Vernon Baker’s bravery while the world was at war, he received the Distinguished Service Cross — the second highest honor for heroism for the Army. He was only one of nine Black soldiers to receive the recognition during the war.

But because Baker was Black, the highest honor — the Medal of Honor — would be out of reach for him for years after he saved American lives and helped bring down the Axis powers of Germany, Italy and Japan.

That would finally change in 1997, when Baker received the Medal of Honor from President Bill Clinton at the White House. He would become the only Black service member to ever personally receive the honor for service during that war. He was 77 at the time.

Now Baker’s contributions to the country are being posthumously recognized in a new way. On Tuesday, a ribbon cutting ceremony was held at Gowen Field to name a new set of barracks, Building 930, after him.

“He’s a genuine American hero, Lt. Baker,” said Maj. Gen. Michael Garshak during the ceremony. “Not only for what he did, his heroic actions on the battlefield, for which he was awarded the Medal of Honor some 50 years after he had earned it, but also because of his unfailing determination to put honor and his country above self.”

Garshak called the recognition for Baker, who moved to Idaho in 1986, “extremely appropriate and proper.”

Lt. Vernon Baker’s story of bravery and sacrifice during WWII

Baker wasn’t originally from Idaho — instead, he was born in 1919 in Cheyenne, Wyoming. His parents died in a car crash when he was young, and he considered his grandfather who helped raise him the most influential person in his life.

He enlisted in the U.S. Army six months before the United States was drawn into WWII by Japan’s attack on Pearl Harbor during that infamous day in world history: Dec. 7, 1941.

He attended basic training in Texas, and he earned his commission as a second lieutenant from the Officer Candidate School on Jan. 11, 1943.

In June 1941, Baker’s life would change forever as his division deployed to Italy. Throughout the war, he faced fierce fighting with the enemy, being shot in the arm by a German soldier four months after being deployed. He was hospitalized for months before rejoining his unit.

On April 5, 1945, Baker led 25 of his fellow servicemen through a maze of German bunkers and machine gun nests near Viareggio, Italy, Maj. Megan Kiska explained Tuesday, to a crowd of nearly 200 community members, current and former state legislators and National Guard service members gathered to celebrate the ribbon cutting.

Baker’s platoon reached the south side of a ravine about 250 yards from Castle Aghinolfi, a German stronghold during the war.

“Baker observed a telescope pointing out of a slit,” Kiska said. “He crawled under the opening and shot two German soldiers, killing them both. He then came upon a well-camouflaged machine gun nest, killing the two-man crew inside it.”

The German soldiers attacked and threw a hand grenade at Baker’s company commander. Baker shot the attacker twice as he attempted to escape.

“He then blasted the entrance of another dugout with a hand grenade,” Kiska said, recalling Baker’s bravery. “He shot one German soldier who emerged from inside, and threw another grenade into the dugout and killed two more German soldiers.”

German soldiers then began inflicting heavy casualties on Baker’s platoon, and as another U.S. soldier provided cover for him, Baker destroyed two more machine gun posts to allow his platoon to evacuate the dangerous area.

Kiska said 17 of Baker’s men were killed in the firefight.

Fight for freedom continued at home after the war

When he came home, he faced a United States that didn’t always live up to its highest ideals, said Jerome Mapp, the city of Caldwell’s planning director. Mapp was instrumental in the nomination process for naming the barracks after Baker. He worked with state Sen. Melissa Wintrow, D-Boise, and Army veteran and former state Sen. Marv Hagedorn, R-Meridian, to ensure Baker’s legacy will continue on.

Black soldiers often faced an oppressive situation when they returned home, Mapp said. They had to fight for equal opportunities for employment, for voting rights, for access to the GI Bill, for their human dignity.

“We have an opportunity to dedicate and name this building after him,” Mapp said. “I am thankful this day that we are honoring the lasting legacy of 1st Lt. Baker. For those who enter this building, we will have the opportunity to learn about him, his leadership and the sacrifices that he made.”

Baker, who went on to also serve in the Korean War, retired from the Army in 1968. He also received a Purple Heart and Bronze Star for his service. He then worked for the Red Cross and continued serving others by counseling military families.

In the early 1990s, the Department of Defense and the U.S. Army commissioned a research team from Shaw University to investigate why none of the 433 service members who received the Medal of Honor for service during WWII were Black.

“The study concluded a climate of racism had prevented Black service members from receiving the proper recognition for their heroic acts of courage during the war,” Kiska said.

The Army advanced the names of seven Black soldiers, including Baker’s, for the long-deserved recognition.

Baker eventually made a home in St. Maries, drawn to North Idaho’s pristine wilderness and hunting opportunities. A statue of an elk was unveiled in front of the barracks during the ceremony to honor Baker’s love of the great outdoors.

Baker died from complications of brain cancer when he was 90 years old, and he is buried in Arlington National Cemetery in Virginia.

His descendants and family, including his wife, Heidy, were in attendance at Gowen Field on Tuesday.

“I’m so grateful I was able to work with Jerome to help make his vision a reality,” Wintrow said in a press release. “It’s so important to honor and recognize the achievements of Idahoans, especially Idahoans of color, whose contributions have not always been front and center in our state history. I hope this will lead more people to learn about Vernon Baker’s legacy and acts of bravery, helping keep the story of this American hero alive for decades to come.” 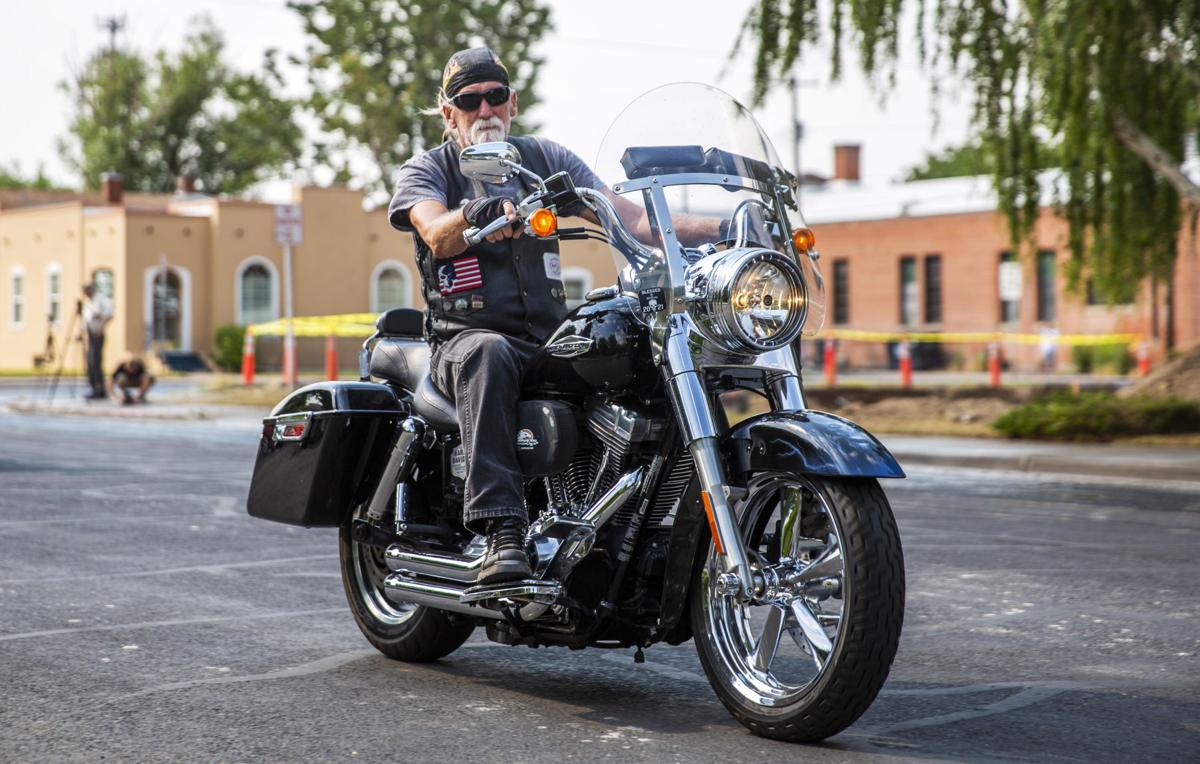 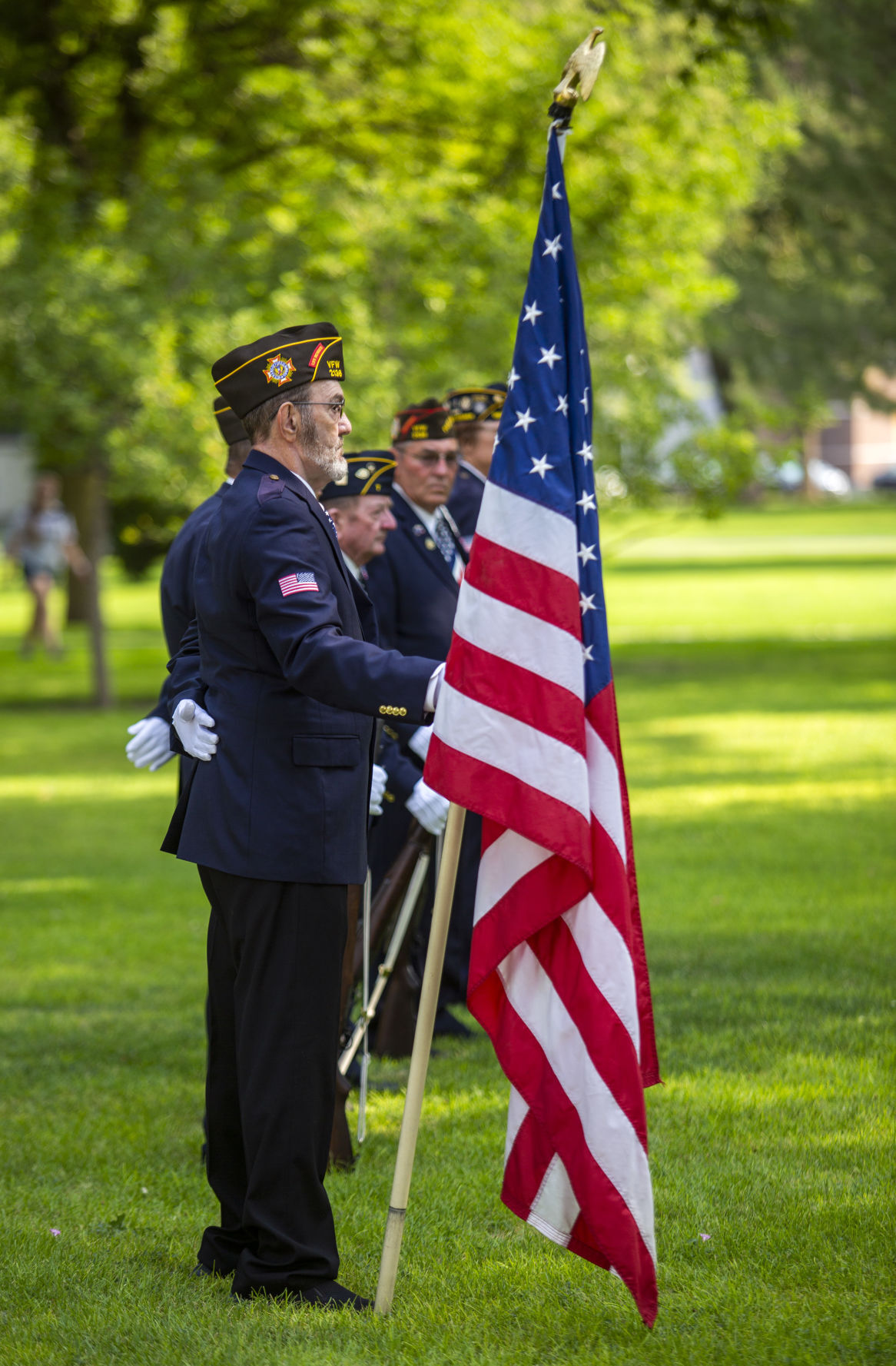 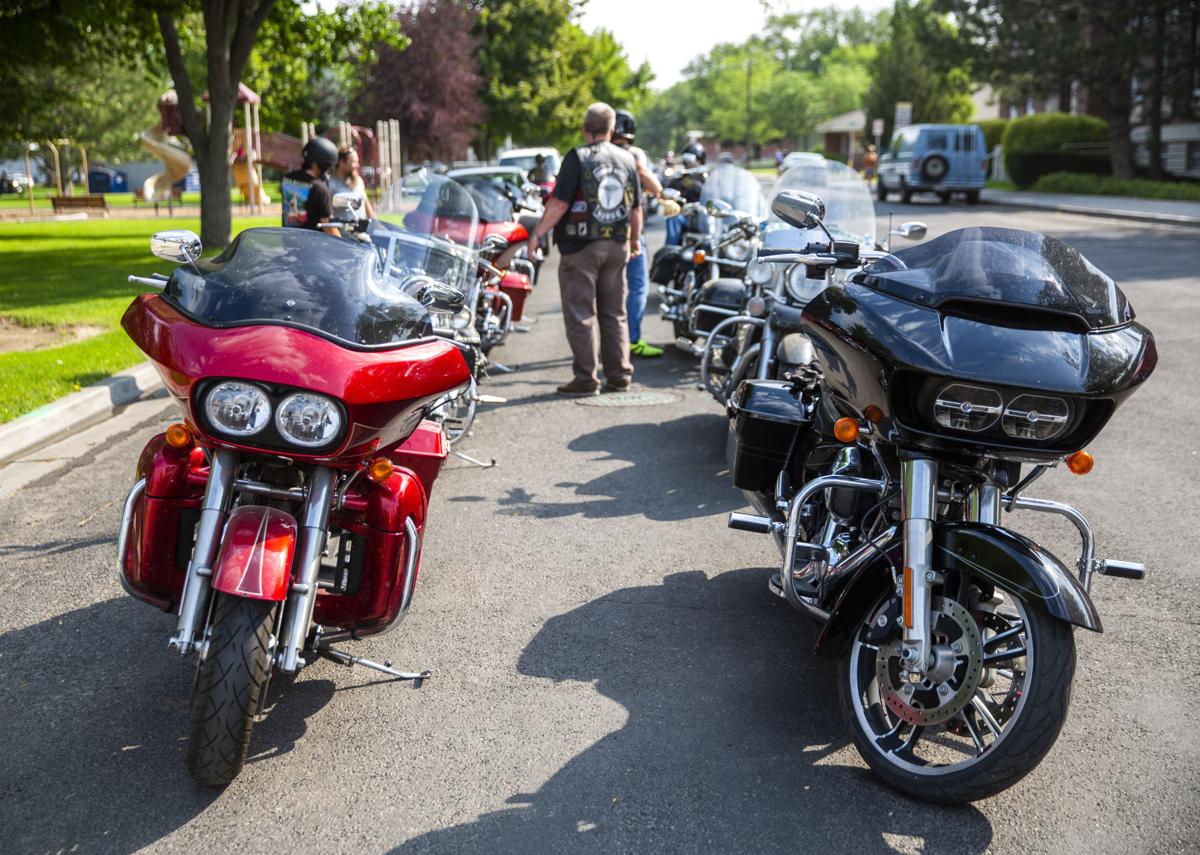 Bikes sit lined up and ready to head out Saturday, July 17, 2021, during the 7th annual Commemorative Vietnam Veterans Motorcycle Ride at the Twin Falls City Park in Twin Falls. 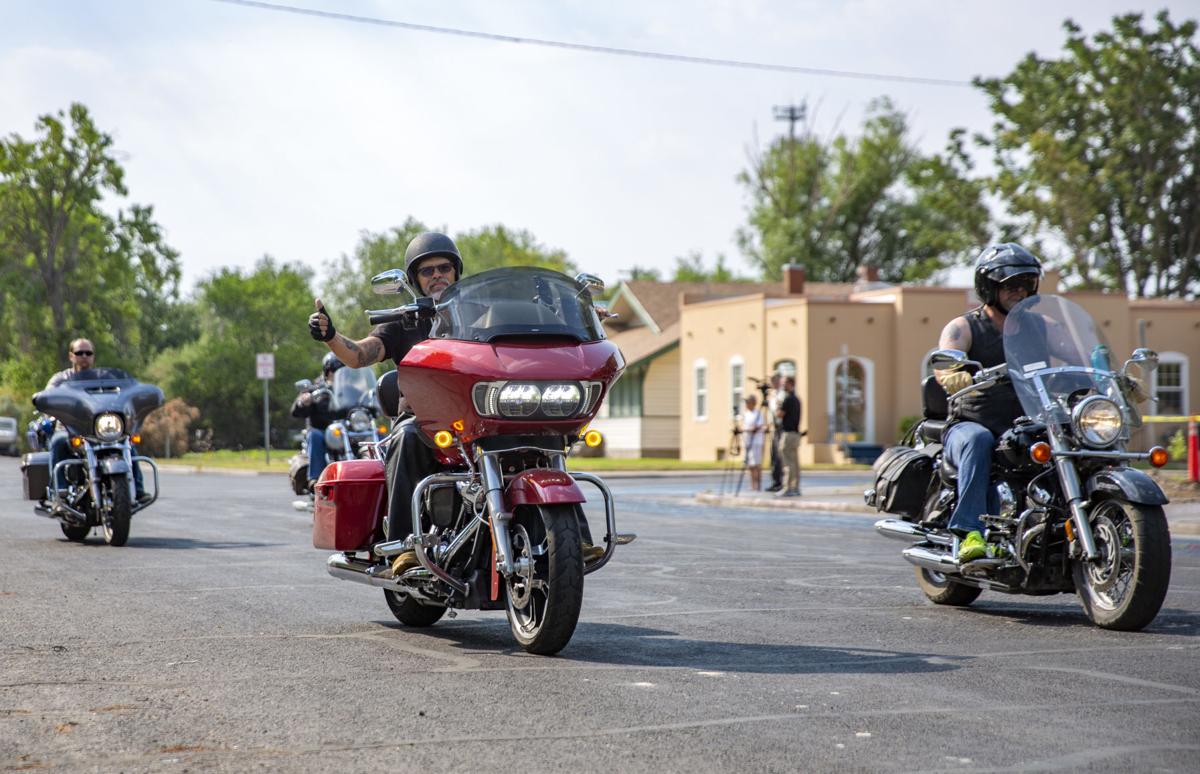 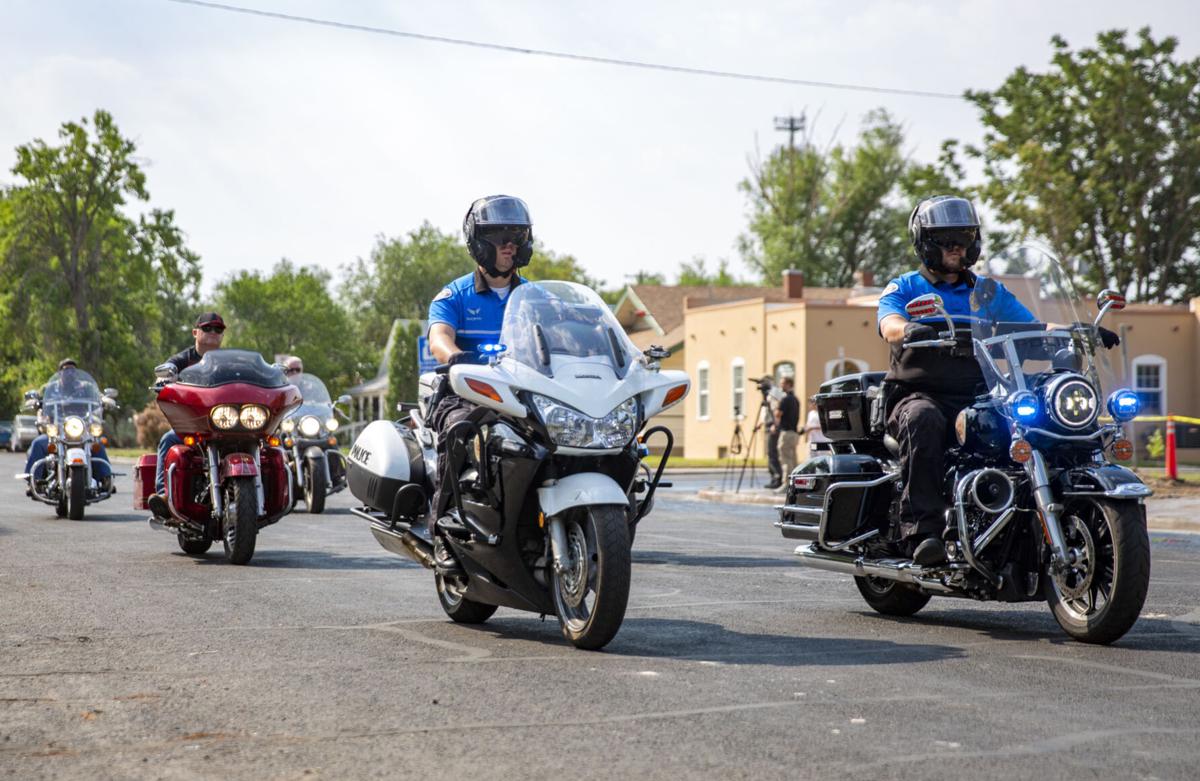 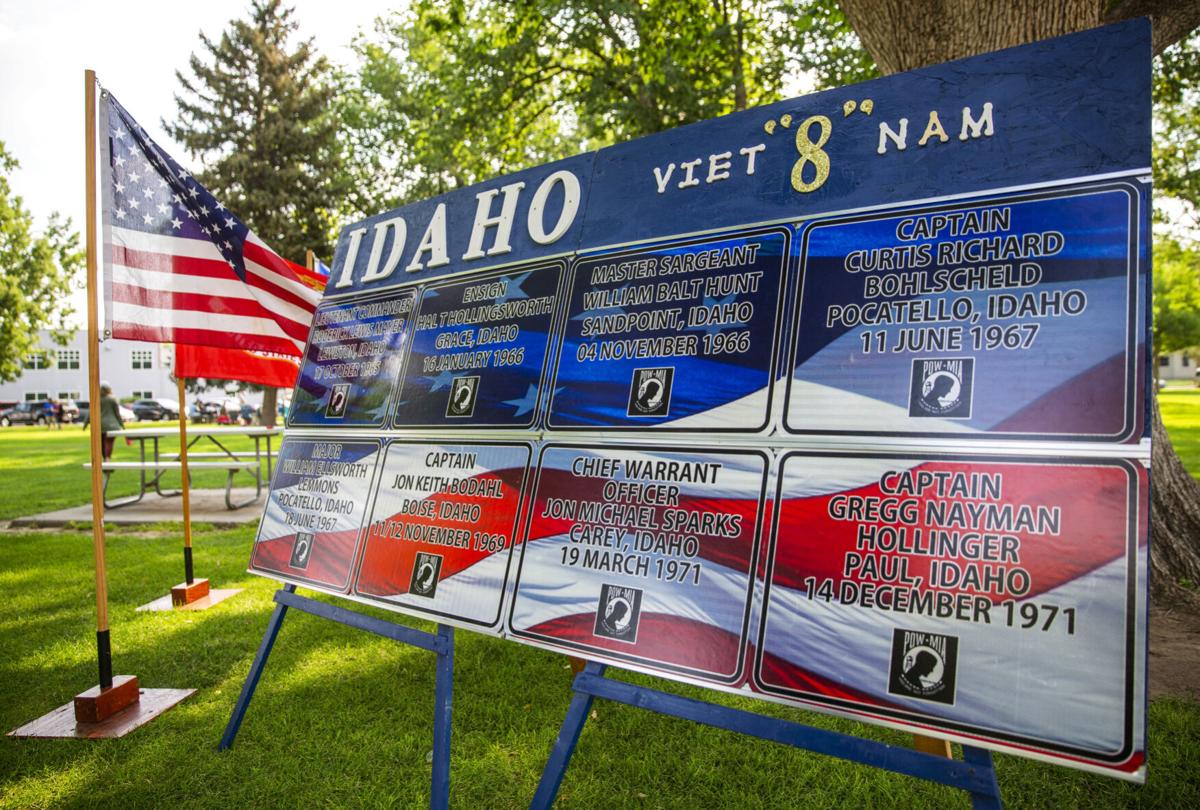 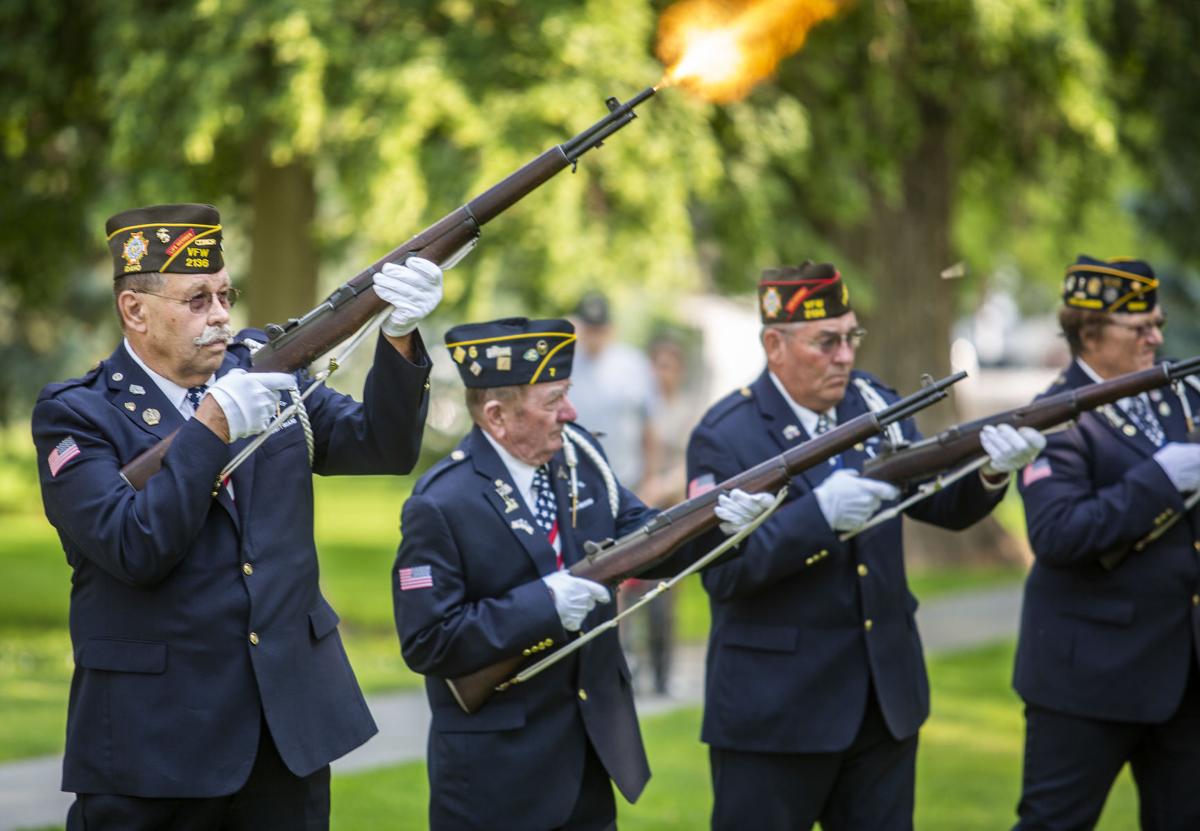 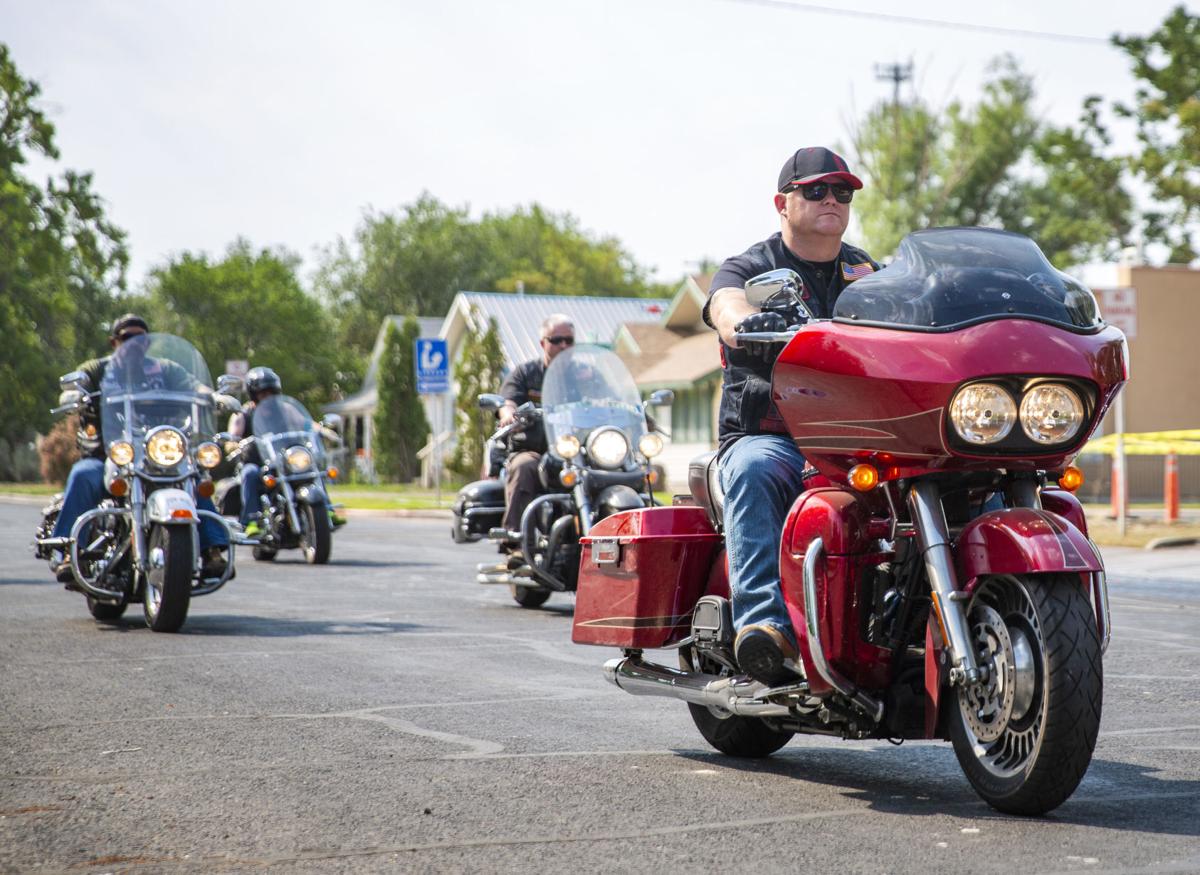 Bikers head out to visit veteran memorials in five different towns Saturday, July 17, 2021, during the 7th annual Commemorative Vietnam Veterans Motorcycle Ride at the Twin Falls City Park in Twin Falls. "We want to give Vietnam veterans the honor and respect they deserve that they never got when they came back," Event Coordinator Nora Wells said. 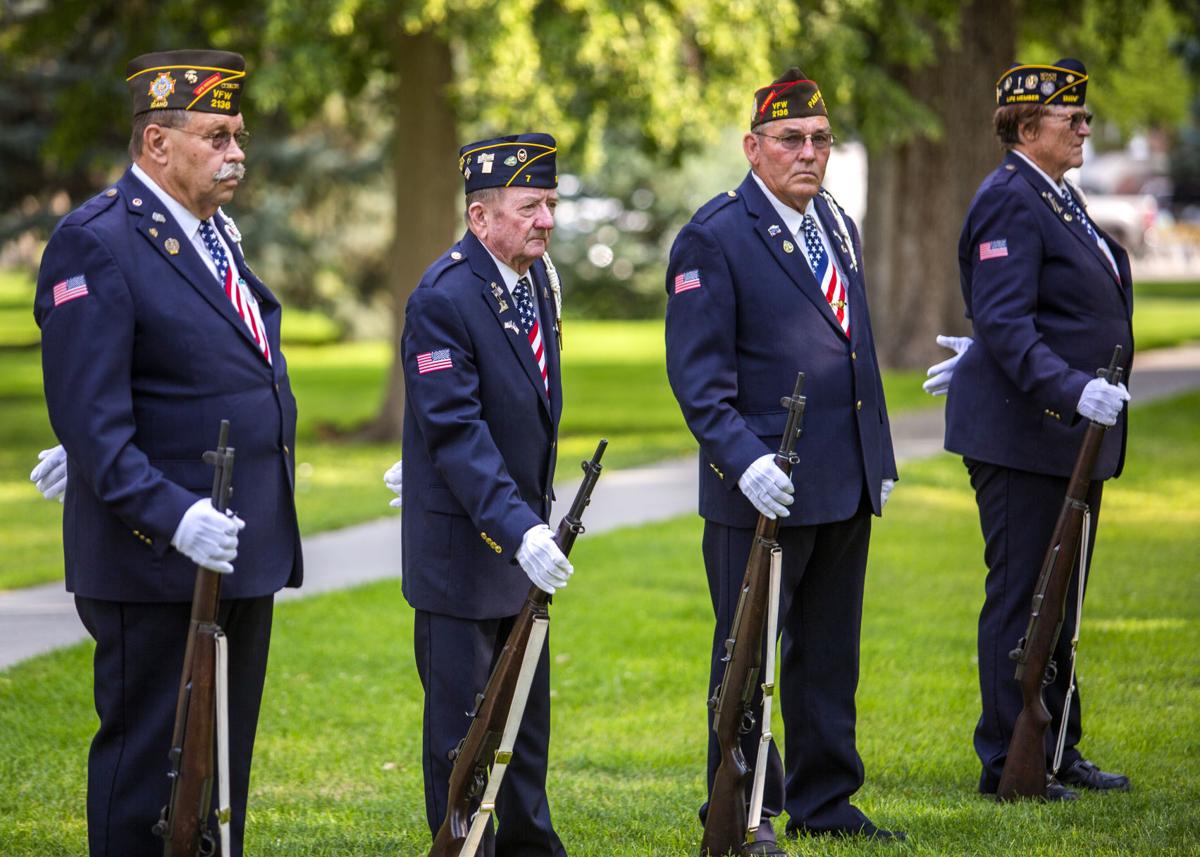 Bikes sit lined up and ready to head out Saturday, July 17, 2021, during the 7th annual Commemorative Vietnam Veterans Motorcycle Ride at the Twin Falls City Park in Twin Falls.

Bikers head out to visit veteran memorials in five different towns Saturday, July 17, 2021, during the 7th annual Commemorative Vietnam Veterans Motorcycle Ride at the Twin Falls City Park in Twin Falls. "We want to give Vietnam veterans the honor and respect they deserve that they never got when they came back," Event Coordinator Nora Wells said.

Is Old Navy coming back to Twin Falls?

A store within the Gap Inc. family of brands is scheduled to open this spring in Twin Falls.

The store will be open 24/7, 365 days a year. Shoppers will be able to come inside the store or use a drive-through option, he said. A range of products will be available including vapes, concentrate and edibles.

A disabled aircraft blocked the main runway at the Twin Falls airport on Sunday evening and Monday morning. The runway is now cleared and flights will resume operations.

Dr. Jim Souza, chief physician executive for St. Luke's, said about 80% of the hospital system's employees are already vaccinated against COVID-19. And hospital officials are having conversations with those who have reservations.

According to the state's online COVID-19 dashboard, 122 Idahoans were hospitalized on July 16 due to the virus, which is up from less than 70 in mid-June.

Junior ground water users will be curtailed if they're not part of a mitigation plan, Idaho Department of Water Resources announced Thursday.

Van engulfed in flames after collision with deer in Blaine County

TIMMERMAN JUNCTION — Two people suffered only minor injuries after they hit a deer and their van became fully engulfed in flames, the Blaine C…

Three adults and five children were displaced Sunday after a house fire. 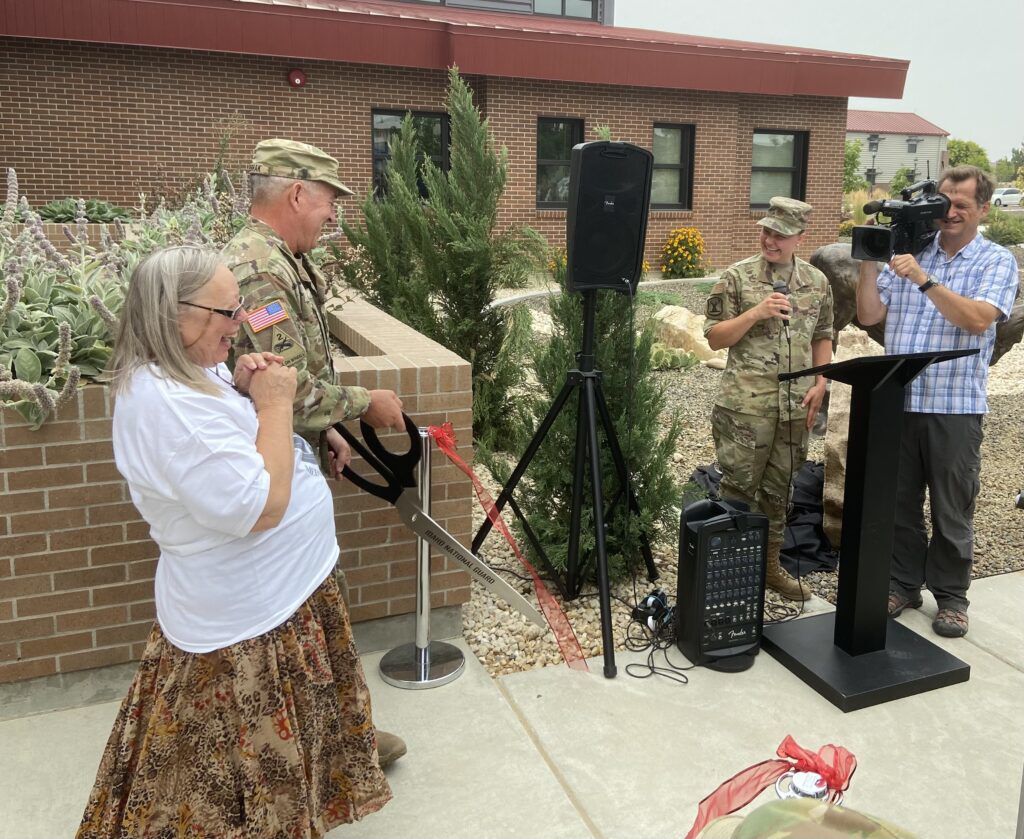 Heidy Baker (left), the wife of the late Lt. Vernon Baker, smiles with joy as Maj. Gen. Michael Garshak cuts a ribbon to celebrate the opening of a new set of barracks at Gown Field named in Vernon Baker’s honor. 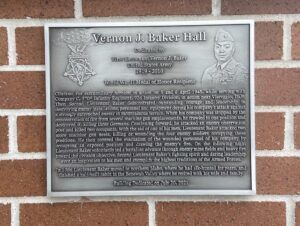