Originally posted on IdahoEdNews.org on Jan. 16.

The House Education Committee accepted 2 1/2 hours of testimony Thursday, with support running 13-5 in favor of retaining Common Core-aligned math standards. As was the case Wednesday, House Education did not vote, and hearings will continue next week.

In many ways, the hearing resembled Wednesday’s three-hour-plus hearing on English standards. But it was different in some ways as well.

The meeting opened with Rep. Dorothy Moon, R-Stanley, and John McCrostie, D-Garden City, sparring over the impact and weight given to in-person public testimony vs. private emails sent to legislators.

Moon said Wednesday’s hearing — and Idaho Education News’ coverage of that hearing — did not reflect what she referred to as numerous emails from constituents opposing the standards.

“Everybody is not getting a voice here, it hasn’t been fair,” Moon said.

McCrostie, meanwhile, said he was sticking up for educators, his constituents and the Idahoans who spoke out in person at the Statehouse, saying he didn’t want their voices silenced.

The discussion briefly became heated, and McCrostie asked for a five-minute recess, at which point several committee members met behind closed doors before resuming the hearing.

More than an hour later, one of Moon’s constituents asked that McCrostie not be allowed to ask her questions, a request that Vice Chairman Ryan Kerby, R-New Plymouth, appeared to brush aside after assuring everyone they would be fine.

At any rate, several educators and administrators asked legislators to retain the standards, saying they encourage students to think mathematically and move beyond memorizing tables and algorithms.

“This is about the kids and as I’ve taught under these standards, I’ve seen my students come in more ready with a deeper understanding,” said Sonia Galaviz, a teacher at Boise’s Garfield Elementary School.

Megan Bell, a geometry teacher from Boise’s Borah High School, called the standards “a beautifully written progression and alignment of mathematical thinking K-12, with the focus being on conceptual understanding, not rote memorization.”

But several parents and the Idaho Freedom Foundation raised concerns, saying the standards haven’t improved student achievement and have even left students and parents confused and frustrated.

“The problem with Common Core math standards, in their ambition to improve rigor, they overcomplicate a subject which has its own complexities,” Freedom Foundation Vice President Fred Birnbaum said.

Several professional educators said it appears many of the opponents’ concerns have to do with textbooks, assignments, tests or a teacher’s lesson, not the standards themselves. Those issues would all be choices made at the local district or school level, they said.

When they vote, legislators will have the option to repeal all or some of the standards or retain them. In order to remove the standards from the books, both the House and Senate would need to agree. If, for example, the House repealed English or math standards but the Senate does not, the standards would remain in place.

House Education plans to take Friday off. It has scheduled a hearing on science standards for Monday, but in an email sent Friday, Kerby said the hearing will now be postponed until Tuesday or Wednesday.

Kerby said the change was made to accommodate other higher education officials who will be in town for “Education Week” at the Statehouse.

“The community college presidents will be presenting Monday, and following that will be (considering) omnibus rules on chapters that have not yet been covered,” Kerby wrote.

Moon said she would provide Idaho Education News with a copy of emails constituents have sent her raising concerns about Common Core. Moon said she is deciding whether to redact the names and said it could take a few days to provide the emails.

It took the Senate Education Committee less than 15 minutes to interview a former colleague for an opening on the State Board of Education.

“We’re all in this together,” Shawn Keough said Thursday, after fielding a handful of questions about the State Board vacancy.

Keough — who retired from the Senate in 2018, after 22 years in office — is one of Gov. Brad Little’s two nominations for the State Board. Comprised of seven unpaid gubernatorial appointees and the elected superintendent of public instruction, the State Board has far-reaching power to shape K-12 and higher education policy.

Under questioning from Sen. Steven Thayn, R-Emmett, Keough offered no specific critique of the state of education in Idaho. Instead, Keough said she hoped to help “steer” education policy. “There’s always room for improvement and there’s always ways to do things better.”

The committee will vote on Keough’s nomination at a later date. If the Senate confirms the nomination, Keough will serve a five-year term.

Little has nominated Boise businessman Kurt Liebich for a second State Board post.

School officials talk about what goes in to cancelling school due to inclement weather.

Dozens of educators and parents packed the Statehouse Wednesday for a highly anticipated showdown over Common Core-aligned academic standards.

State troopers had to quiet a crowd at a panel on faith healing at the Idaho Statehouse after audience members clashed with speakers over vaccines and parental rights. 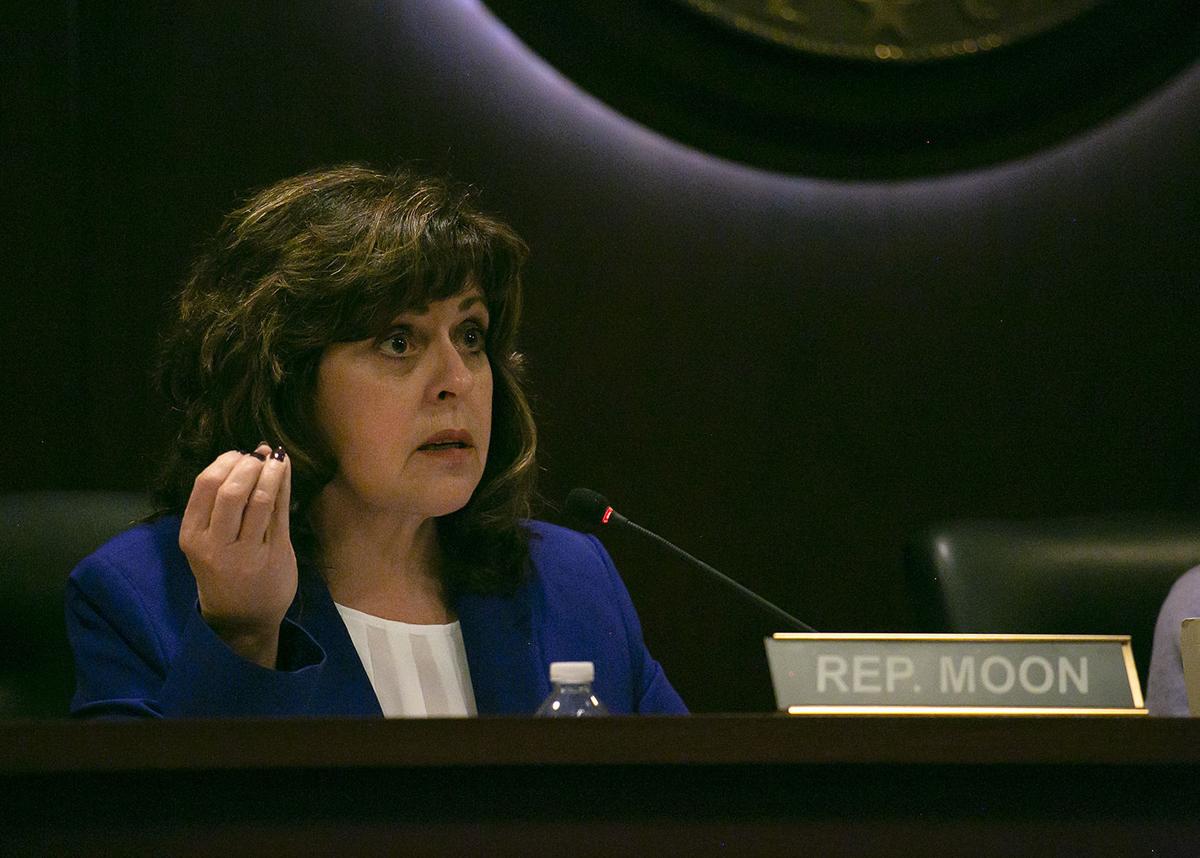 Rep. Dorothy Moon, R-Stanley, speaks during public testimony on state ELA standards on Wednesday at the Capitol in Boise. 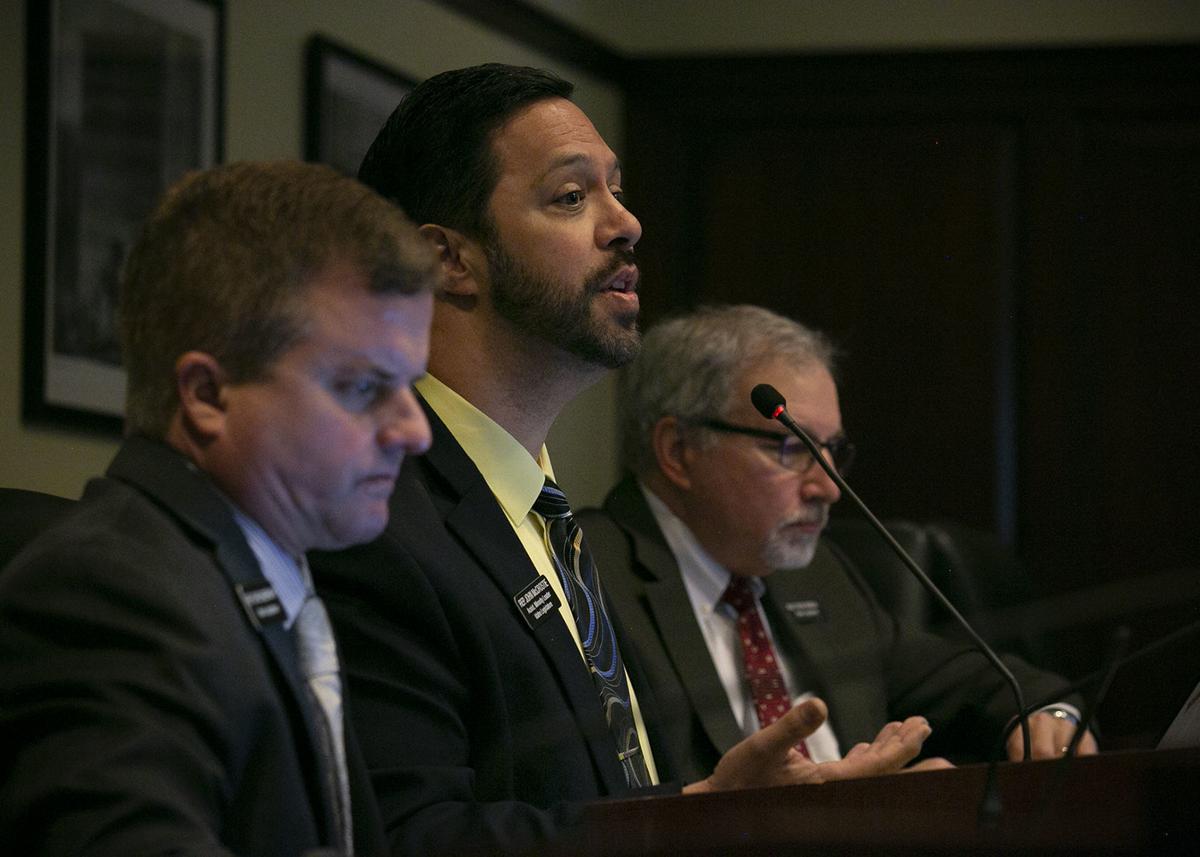 Rep. John McCrostie asks questions of a presenter during public testimony on state ELA standards Wednesday at the Capitol in Boise.