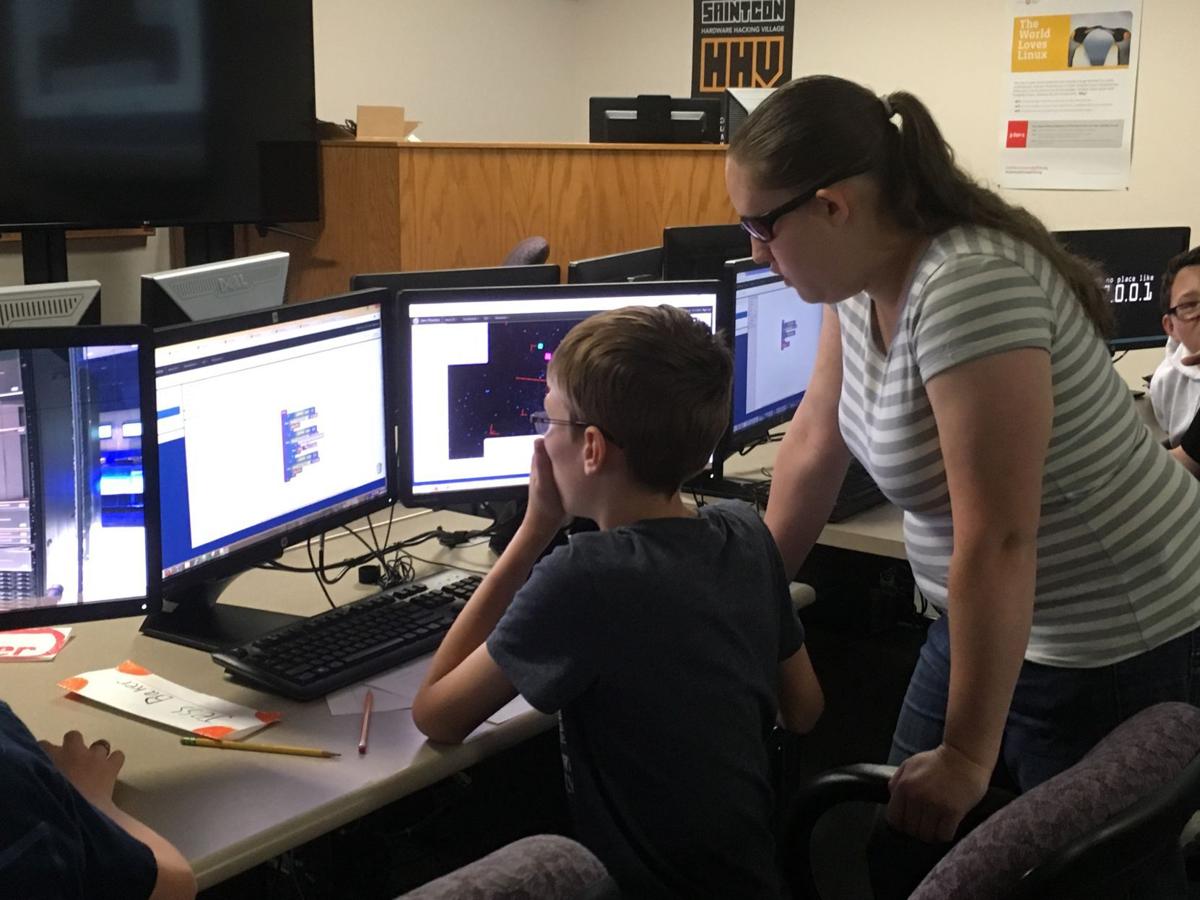 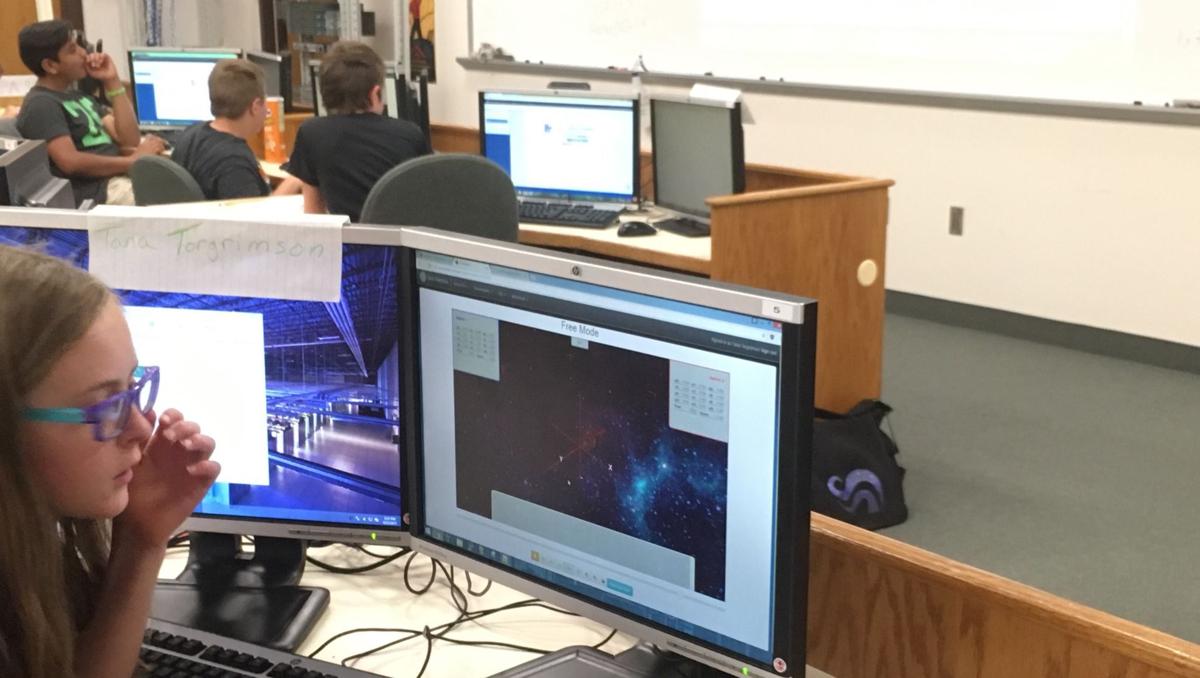 Tana Torgrimson works on computer programming Wednesday during a Zero Robotics camp at the College of Southern Idaho in Twin Falls.

TWIN FALLS — It’s rare to meet a NASA astronaut and create computer coding that could be tested aboard the International Space Station.

Especially if you’re only in middle school.

But that’s what about 30 children from across the Magic Valley are doing this summer through a Zero Robotics program at the College of Southern Idaho.

The program offers a chance for students to take abstract concepts and apply them to the real world.

“I think that this program is incredibly beneficial for this age group,” said RD Van Noy, camp organizer and CSI assistant professor of information technology.

Organizers hope to encourage students to avoid a fear of math and science, and boost their problem-solving skills.

CSI is among 11 sites across Idaho offering the nationwide Zero Robotics program this summer. It’s the second year CSI has participated.

Students use a program developed by the Massachusetts Institute of Technology to write computer coding to control the speed, rotation and direction of small satellites called SPHERES, which stands for Synchronized Position Hold, Engage, Reorient, Experimental Satellites. Three SPHERES are used at the International Space Station.

It’s part of a virtual competition. In August, all of Idaho’s sites will travel to Boise State University for a final competition.

They’ll transmit Idaho’s first place code to the International Space Station and students will watch via live video conference as astronauts run the winning code from each participating state and Russia.

It’s the second year 13-year-old Gooding student Ethan Strout has signed up for the CSI program.

It was challenging to learn programming at first, Ethan said. He has also been involved with LEGO robotics programs.

One highlight of the camp: a field day Monday, where students received a visit from NASA astronaut Steve Swanson. They also toured CSI’s Centennial Observatory and saw a planetarium show.

The “zero” in Zero Robotics means it’s offered at zero cost to students and the competition is conducted in zero gravity, Van Noy said.

There’s a focus on serving female and minority students.

Students had to apply for the CSI program, but “we didn’t turn anybody away,” Van Noy said.

Students are learning about coding by using a drag-and-drop system. It gives middle schoolers a good foundation for how programming works, Van Noy said.

CSI’s Zero Robotics program is the largest site in the state. And last year, it tied for third place in the state for the virtual competition.

Plus, several college students are helping out.

During the program, students will go field trips, including to Utah State University’s Space Dynamics Laboratory. Students also do lots of on-site activities, such as baking food in solar ovens.

“There’s a lot of cool stuff we get to do,” Ethan said.

Is he interested in pursuing a career related to computers or science? “Yeah, I think I might,” he said. “What’s cooler than working for NASA?”

Teachers pack Twin Falls conference for a lesson on teaching

TWIN FALLS — A school superintendent is recording a video about how he decides when to call a snow day. His daughter knocks him to the ground.

TWIN FALLS — The College of Southern Idaho is accepting registration for its Advanced Lego Robotics Camp.

Tana Torgrimson works on computer programming Wednesday during a Zero Robotics camp at the College of Southern Idaho in Twin Falls.