TWIN FALLS — Local education leaders are keeping an eye on state funding proposals that will affect thousands of students and employees.

During his final State of the State address Jan. 8, Gov. C.L. “Butch” Otter outlined his budget proposal. It includes education wish list items for fiscal year 2019, including $123.3 million for enhancing “K-through-career” initiatives, and boosting spending in areas such as literacy, mastery-based education, college and career advising, and classroom technology.

John Graham, superintendent of the Filer School District, said his reaction is “definitely positive” and the budget proposal is “moving us in the right direction.”

“I think there’s a lot to be excited about in the budget,” he said.

One cause for concern, though, is Otter isn’t recommending an increase in discretionary funding for school districts — money that’s used for operational expenses, Graham said.

In recent years, “there’s been a big push to bring us back with inflation to pre-recession levels,” he said.

The Filer School District is seeing increased costs for utilities and insurance, Graham said. “All of our various operating expenses go up every year.”

“I’m happy to see it looks like public school funding will continue to increase,” he said. “That will allow us to provide more opportunities for our kids.”

Dickinson said three things stood out to him: continued funding for the career ladder, and an increase in literacy and technology money.

Also, Dickinson said he was intrigued by Otter’s remarks about higher education working with the kindergarten through 12th grade education system to increase the number of students earning a college degree or certificate.

“I was happy to see him refer to it,” he said. “That will open up a lot of conversation.”

Otter has said his priority is education, and he has done an excellent job this term, said Rob Waite, superintendent of the Shoshone School District, but added he’d always like to see him go further.

Nothing in Otter’s State of the State address was too surprising, said Kimberly School District Superintendent Luke Schroeder, because he had a chance to sit down with state legislators and discuss proposals within the last several months.

Many school districts are struggling to attract and keep classified employees, such as custodians, food service workers and paraprofessionals.

In most districts, for every $1 they receive from the state for classified employees, they’re spending $1.60, Schroeder said. “I think there are many legislators that recognize that.”

That’s no fault of the state, he said, but federal funding has decreased drastically since the 1970s when requirements went into effect.

“The main event, so to speak, in education has been the career ladder,” Graham said. It’s a big deal to have continued funding, he added.

Waite said he gives kudos to Otter for following through on implementing the career ladder. “We’re through year four now, which is pretty good.”

It’s also helpful because many school districts, including Shoshone, made their own five-year teacher pay plan, he said.

“It’s always nice to hear about funding for the career ladder,” Schroeder said, and it has been a tremendous support to the school district because it takes a strain off its general budget.

Dickinson said: “In talking with our legislators, it sounds like everybody is on board to continue that funding and the progression of the career ladder.”

Otter is asking for $6.5 million to expand an effort to reach more children who aren’t proficient in reading.

It builds on a current literacy initiative to help kindergarten through third-graders who score below grade level on the Idaho Reading Indicator test.

“In our mind, (Otter) recognizes that we’re having more and more students coming to school not prepared, so we’re having to expend more money to educate those students with additional remediation,” Graham said.

He said he appreciates the recognition it’s an issue. “I wish we could focus even more on preventing that from happening.”

The state’s literacy funding gives the Twin Falls School District the opportunity to be creative in helping students, Dickinson said, and to individualize instruction.

The school district purchased Istation, a computer-based reading program, last school year. Each month, the program can be used to determine students’ weak points, and builds individualized learning plans and lessons to address them.

Improving classroom technology has been a hot topic in recent years. Otter’s budget proposal calls for an additional $10 million, for a total of $36 million.

Schools are always trying to keep up with technology, Schroeder said, so more funding is “quite welcome.”

In Kimberly, the district recently transitioned to a cloud-based, Office 365 system. “We’re making those adjustments and working with teachers, and listening to their needs,” Schroeder said.

The school district is also looking at how to increase the number of mobile computing devices for students and having the infrastructure to encourage a “bring-your-own device” environment.

The Twin Falls School District’s goal is to have one mobile computing device per student. Currently, it has one for every two students — mostly, Chromebooks, but some iPads as well.

An increase in technology funding will allow the district to move closer to that goal, Dickinson said.

It also wants to continue upgrading its aging desktop computers in classrooms and computer labs. The average age of those computers is eight years old.

In Filer, Graham said he whined to state legislators for years about the need to boost technology funding.

Now, “it’s huge to the point where I think we are going to be able to sustain what we have, which is key,” he said.

Technology infrastructure is always a need, Waite said. Shoshone schools have one mobile computing device per student, and junior high and high schoolers receive a device they can use for schoolwork.

“That doesn’t do them much good if they can’t connect to the Internet,” Waite said, adding it’s important to make sure Internet speeds are adequate and reliable.

There’s also a need for employees who can maintain those network systems and devices, he added.

Otter is seeking a $5 million increase in funding for college and career advising for students in eighth through 12th grades.

Filer High School recently added another school counselor — something that was going to happen anyway, but state funding helped.

“Our community was indicating the need for more counseling and career counseling,” Graham said.

With a statewide teacher shortage, school districts are hiring more teachers who aren’t fully certified, so additional money for teacher training and mentoring is greatly appreciated, he said.

That includes intensive mentoring with more hands-on classroom assistance for teachers who have an alternate authorization and haven’t been through a traditional teacher preparation program.

BOISE — Gov. C.L. “Butch” Otter delivered his 12th and final State of the State and Budget Address Monday, reflecting on his years in office w…

TWIN FALLS — As many as 120 minimum-security state prisoners could soon find themselves living and working in the Magic Valley.

BOISE— Kelly Anthon is the Idaho Senate’s new caucus chairman, one of four powerful party leadership positions in the majority party, but don’…

BOISE — Teams of key educators from school districts and charter schools across Idaho will be training on a new reading test throughout June. 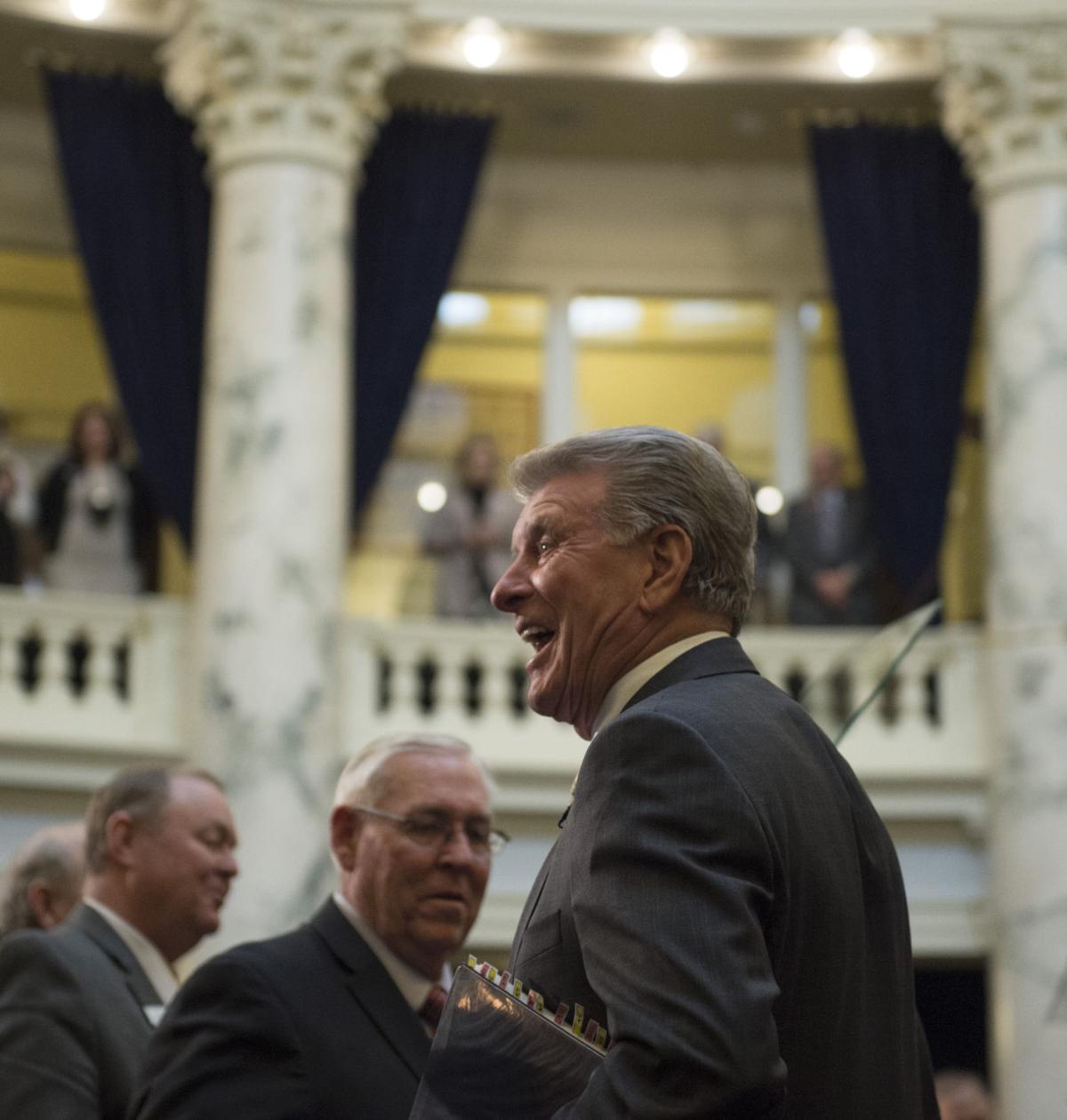 Governor C.L. 'Butch' Otter talks with legislators after the State of the State address Monday at the Capitol in Boise. 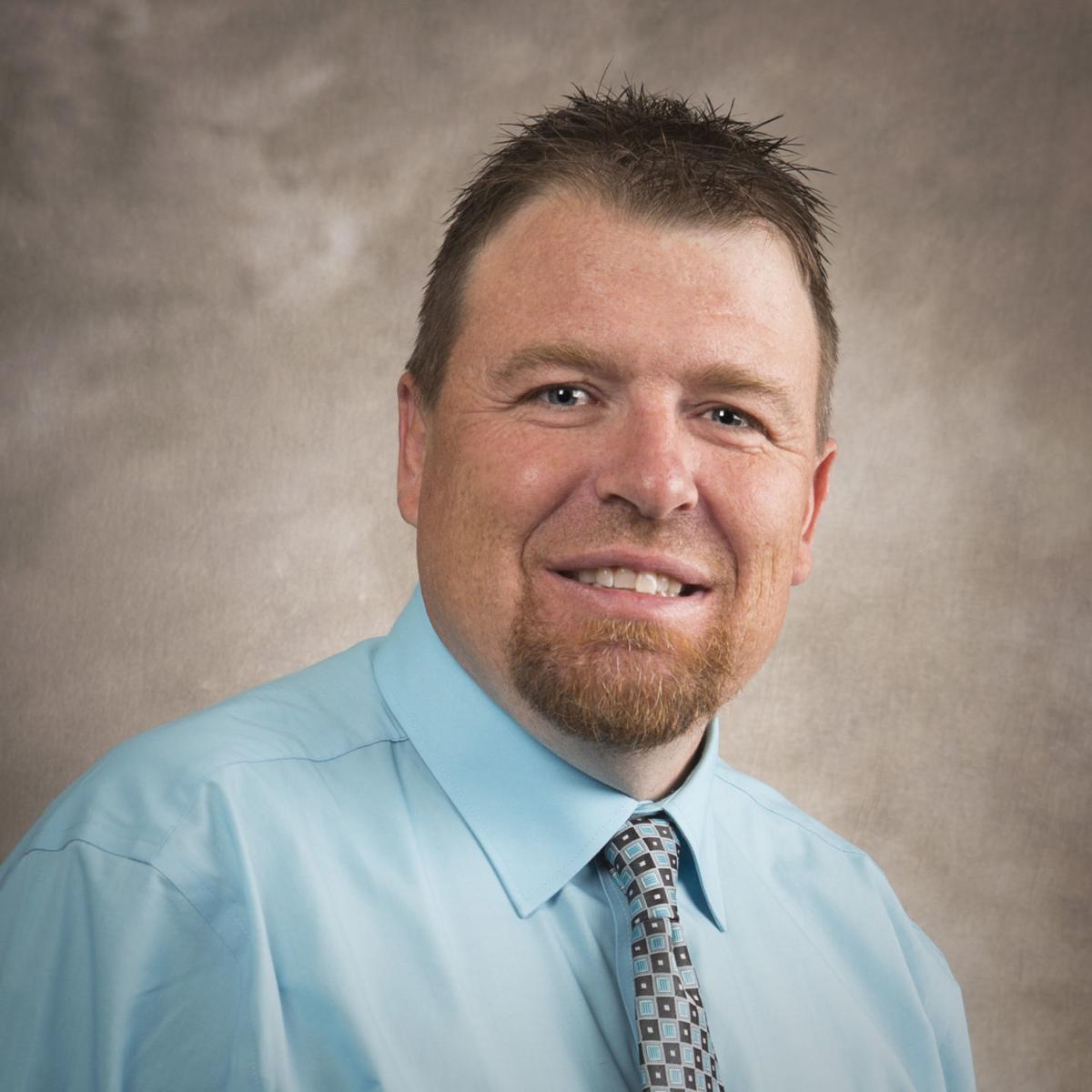 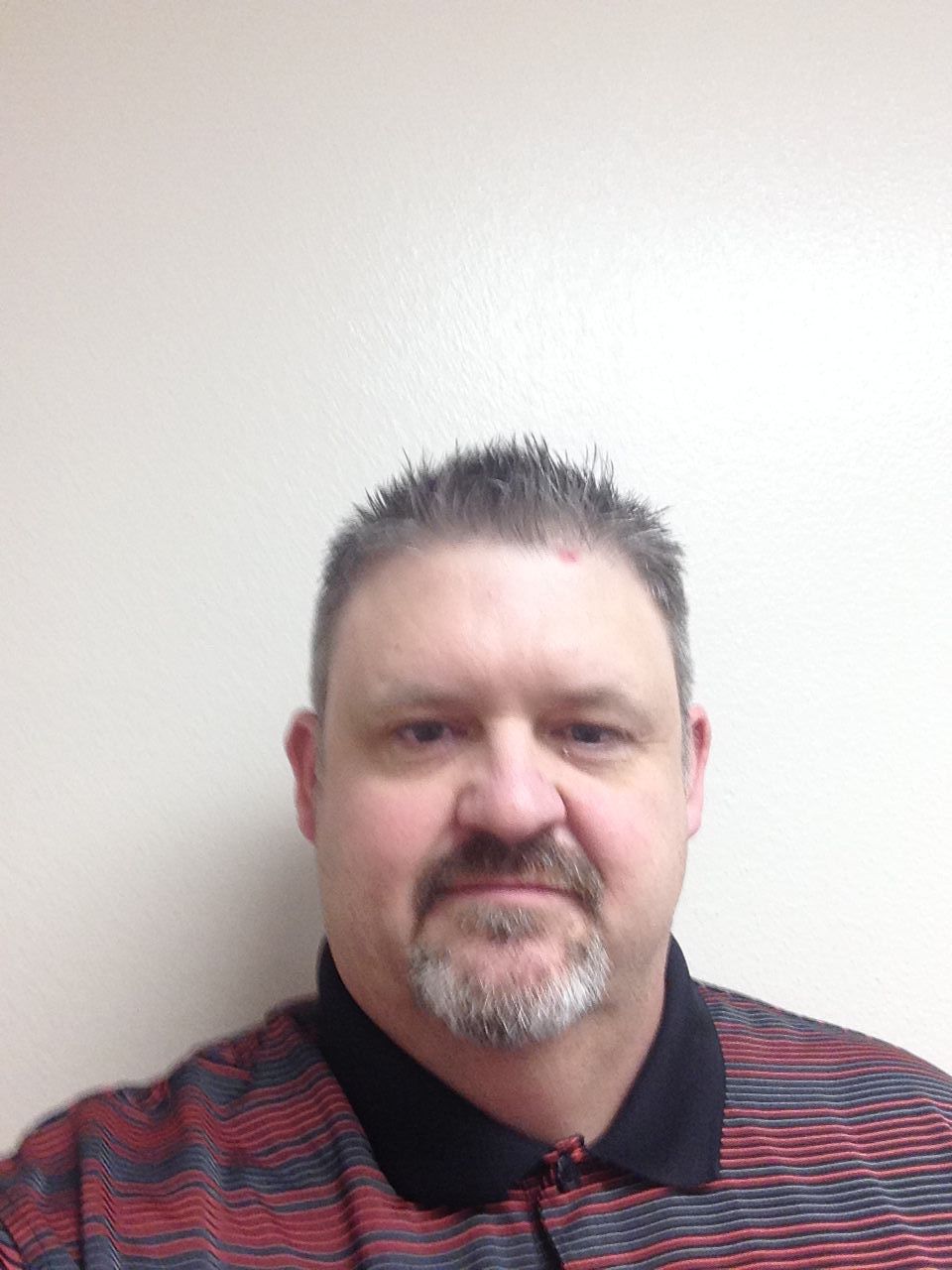