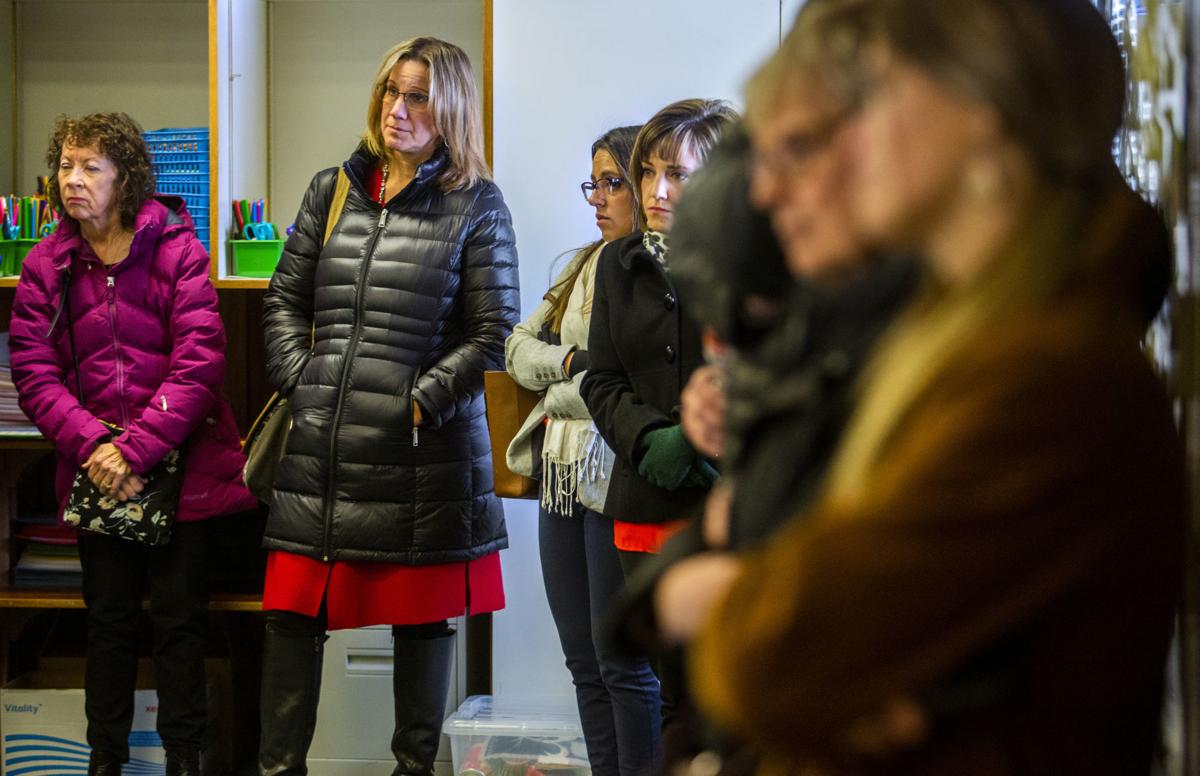 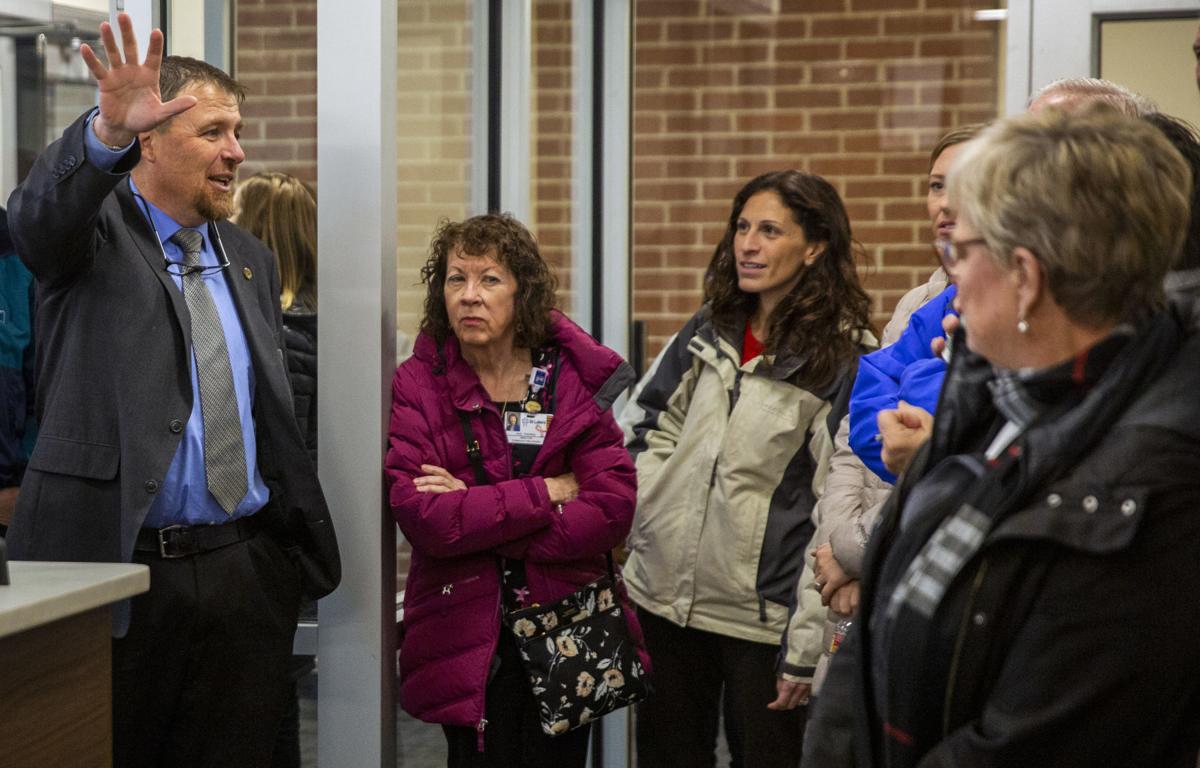 Business and political leaders toured school facilities Oct. 29 and learned about a variety of district learning initiatives, including ways in which new early literacy money is being spent.

Some of the money is going to professional development with a focus on consistent instruction routines — something teachers can benefit from even if state spending declines in the future, Elementary Programs Director Teresa Jones said.

The district also spent money to add more curriculum resources and literacy intervention staff that provide extra help for individual students. Some of that staff is focused in kindergarten classrooms to get the school’s youngest students on track as early as possible, Jones said.

With those investments, six elementary schools in the district are able to provide some amount of all-day kindergarten. Bickel Elementary provides all-day kindergarten for every student. Other schools provide it for students with specific intervention needs, Jones said.

“We’re able to get those kids up to speed,” Jones said. “We try really hard to put those moneys in a way that we can serve as many kids as possible without being able to have all-day kindergarten for every student.”

School districts across Idaho received more money this year for early literacy after the Legislature approved doubling spending on the program from $13 million to $26 million. Twin Falls received $931,500 this year.

“I’m glad to see that it’s being put someplace that we can measure and see results,” Kauffman said. “It sounds like they’re doing it the right way where even if the money goes away, the training will have been there and will continue on.”

The increased investment was partially at the direction of Idaho Gov. Brad Little, who has made early literacy a priority since being elected. About 30% of Idaho k-3 students left school this spring reading below grade level, according to the State Department of Education.

During his state of the district speech, Superintendent Brady Dickinson said the district is focused on accountability and making sure all of its students are reading proficiently by third grade.

“We’re really trying to use those dollars to move the dial,” Dickinson said. “It’s hard because you’re talking about kids, you’re not talking about building widgets. Again, we’re trying to maximize those dollars and our goal is to show that it is making a difference and that we are moving kids to become more proficient readers.”

Dickinson also highlighted efforts in improving teacher retention. The district pays an additional $5,222 above the state allocation for teachers at the top end of the career ladder.

The district also finished in the top 10 in the state with 21 of 22 teachers receiving the Master Educator Premium, effectively salary bonuses for veteran teachers worth $4,000 a year for three years. The award rate in the district was 95%, outpacing the state average of 87%.

Still, about 300 teachers were eligible in the district and most did not apply due to concerns for a lengthy application process, Dickinson said. Recent investments in teacher salary have been for new teachers, but the focus needs to now shift to compensating teachers.

“We don’t want to lose our very best teachers in the state,” Dickinson said.

Attendees visited Lincoln Elementary to learn about the district’s efforts to improve security by updating entrances at all of its elementary schools. They also visited Lincoln’s Leadership Academy to observe a social-emotional learning demonstration.

The group then observed a new construction class at the district’s first offsite facility. The class teaches students skills they need to get a job in construction out of high school, and industry leaders say it could help fill a labor shortage limiting the area’s growth.

After more than a year of dedicated effort, nearly 30 Magic Valley residents gathered at the Jerome High School auditorium Tuesday night for a special graduation ceremony.

The 29 men and women from Jerome, Twin Falls and Mini-Cassia were hailed by officials, friends and family.