Idaho’s new minimum teacher salary: Who benefits and how it shakes out
0 comments
Share this
{{featured_button_text}}

Originally posted on IdahoEdNews.org on April 18.

BOISE — After 20 years of working in trades, Gordon Knight made a career change last year. He took a job as a kindergarten teacher at the Idaho Arts Charter School in Nampa.

“I took a substantial pay cut to teach,” Knight said.

But this spring, legislators approved Gov. Brad Little’s two-year plan to boost starting teacher pay. Geared to first-year teachers such as Knight, the law will increase Idaho’s minimum teacher salary to $40,000 in 2020-21.

Knight is excited about the pay raise, and school administrators support the new law as well. But they also say it is just one step to attract new teachers — and keep good teachers in Idaho classrooms.

Who gets the money?

These educators make somewhere between $35,800 a year — the current state minimum — and $40,000. Together, they comprise more than a fifth of Idaho’s teacher workforce.

According to a 2016-17 National Education Association study, Idaho’s starting teacher pay ranked No. 44 in the nation. State law mandates that minimum teacher salary, which has increased since the 2016-17 study. However, school districts and charters draw up the rest of their pay schedules on their own.

Consequently, the impacts of the new minimum salary vary widely:

‘They just laugh at us’

Malad teeters on the edge of southeast Idaho, just 10 miles from the Utah border. Its residents frequently cross the state line to shop, so it stands to reason that this extends to job-shopping. Malad loses teachers to neighboring schools in Utah.

Other teachers don’t even start in Malad.

Malad goes above the mandated minimum salary, kicking in $1,000 above the state’s allocation. But when Oneida School District Superintendent Rich Moore hits job fairs in Utah, he finds few takers.

“They just laugh at us,” he said. “They don’t even consider us.”

Oneida has to be resourceful. The district finds candidates who have ties to the area, or hires teachers through alternative certifications.

North of Malad, the Bonneville and Pocatello-Chubbuck school districts also feel the pressure of out-of-state competition.

In Pocatello, human resources director Sue Pettit pitches quality of life — the proximity to Yellowstone National Park and Jackson Hole, Wyo. And she sells the potential for career advancement, since teachers can take graduate classes at Idaho State University at a greatly reduced cost. But Utah districts already offer teachers more than $40,000 a year in starting salary. Utah districts also throw in signing bonuses and student loan forgiveness, an idea that has gone nowhere in the Idaho Statehouse.

In Oneida County, household income, home values and rents all come in below the statewide medians. But Moore says he isn’t hiring in a local economic vacuum. He’s trying to compete amidst a statewide and national teacher shortage.

“A $40,000 salary here in Oneida, in Malad, they’re looked upon as having big bucks,” he said. “(But) we’re not just competing with people who are looking for jobs in Malad.”

Superintendent Robin Gilbert gushes about one of her new hires in Payette: a “phenomenal” first-year teacher just jumping into the profession. The teacher got her certification through an alternative route, the American Board for Certification of Teacher Excellence. She couldn’t get an interview with the Boise or West Ada districts, so she is making the daily commute to Payette, about an hour from Boise.

Gilbert is enthusiastic about her hire but pragmatic about the future. After a few years, Gilbert expects to lose this teacher to a higher-paying job closer to home.

Retention is a problem in Payette. Competition comes from all corners. Teachers can get a pay raise — yet stay close to home — by driving across the Snake River to Oregon. Gilbert expects to lose several teachers to a nearby charter school opening this fall. And then there’s the larger districts in the Treasure Valley.

Little believes his two-year, $11.5 million plan will get new, young teachers in the door. And an across-the-board $40,000 minimum might help smaller districts compete with their urban counterparts. But it doesn’t address retention issues, in Payette or elsewhere.

Nampa continually struggles to hold onto veteran teachers, losing them to the nearby West Ada and Boise districts. And that might not change, based on what Nampa Superintendent Paula Kellerer heard during a recent career fair at Northwest Nazarene University. Job-hunters were enthusiastic about the new minimum salary but were quick to ask what they can expect a couple of years down the road.

“They are looking at the salary schedule,” she said. “It’s clear to me they are.”

Competition accounts for only part of the classroom churn. Then there’s attrition: teachers who retire or leave the profession mid-career. The attrition rate is stuck at 10 percent a year, according to a recent State Board of Education report, with about 1,000 teachers leaving the profession before they reach retirement age.

Woolstenhulme expects some turnover. Some young teachers will quit to start a family, or follow a spouse who finds a higher-paying job outside Eastern Idaho. The most frustrating losses are teachers who quit because they can make more money as a retail sales manager.

The idea of a $40,000 minimum salary is old news to Geoffrey Thomas, superintendent of Rexburg’s Madison School District. When he served on then-Gov. Butch Otter’s K-12 task force in 2013, Thomas suggested the $40,000 minimum.

“It’s nice to see it kicking in,” Thomas said this week, somewhat wryly.

But Thomas pointed out that the task force proposed a three-step plan, with $50,000 mid-range pay and a $60,000 maximum. The Legislature didn’t go along. The state allocates only $50,000 for top-end salaries, leaving schools to come up with the difference.

With the minimum salary increase, administrators may have to find new ways to readjust their pay schedules and cobble together local dollars to reward veteran teachers.

“It puts some pressure on us, to raise the other salaries,” said Thomas, who already loses teachers to neighboring states, to private industry, or to higher-paying jobs on Rexburg’s BYU-Idaho campus.

Some districts use voter-approved supplemental tax levies to bolster teacher pay. Gilbert calls a one- or two-year levy “soft money,” and she doesn’t want salaries to hinge on the whims of voters. Payette instead makes up the difference by using “discretionary” funding — state dollars that come in to districts, with no strings attached.

Either way, Gilbert doesn’t want to lose seasoned teachers who have dedicated their career to Payette schools.

“They’re where you want your kids placed,” she said. “They’re quality teachers.”

The 2019 Legislature did put $7.2 million into a new master teacher premium program, which will provide $4,000-a-year bonuses to high-performing veteran educators who qualify through a detailed application process. Still, a new minimum salary opens an old wound.

Since 2015, Idaho has put $250 million into the career ladder, a five-year teacher salary plan and a direct result of the work of Otter’s task force. Most of the money was earmarked for beginning teachers, or teachers with only a few years’ experience. Little’s minimum salary plan is essentially an extension of the career ladder.

All of this leaves some veteran teachers feeling left behind, again.

“I’m hearing a great deal of frustration and anger that their contribution is not being adequately funded by the state Legislature,” said Mary Anne McGrory, president of the Pocatello Education Association.

McGrory appreciates the new minimum salary law and recognizes that local administrators have to follow the state’s mandate. But as she heads into her second year as her local union’s lead negotiator, she says the new minimum complicates the bargaining process.

“I never go into negotiations thinking that it’s going to be easy,” she said. “I’m going in hopeful, but I’m also a realist.”

Two hours to the west, Peggy Hoy is heading to the bargaining table as well. The co-president of the Twin Falls Education Association, Hoy shares McGrory’s concerns. She believes the state needs to address teacher retention issues and help veteran teachers who “feel like they’re left hanging.”

But Hoy also is mindful of the politics. For Little, the teacher salary bill represents an important first-year win.

“I do feel that he’s making education a priority,” Hoy said. “I just feel like good things are going to come.”

The new presidents of Boise State University and University of Idaho will earn more than their predecessors.

More Idaho students apply for financial aid. Will it translate into an enrollment increase?

JEROME — Summer is inching closer for Magic Valley schools and employees are figuring out where they’ll be next school year.

HAILEY — Paintings at Wood River High School — including several that are critical of President Trump — have started a political backlash on social media.

After two years of relatively robust raises, Idaho’s teacher pay raises has moved up in national rankings, according to new estimates from a national teacher’s union.

TWIN FALLS — Stakeholders met July 1 to deliberate accountability within Idaho’s education system as the state fell further behind its goals. 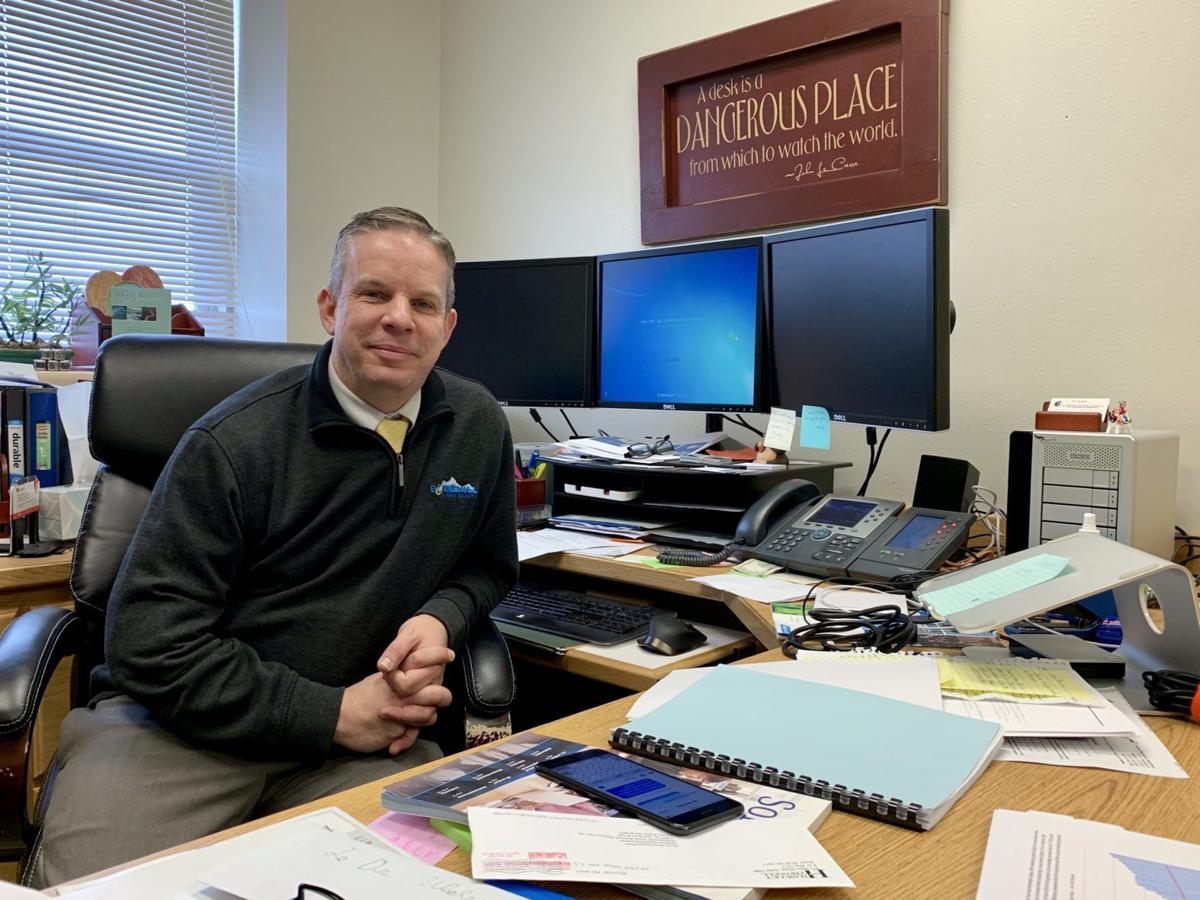 Scott Woolstenhulme says his Bonneville School District is coming off a successful year of recruiting new teachers, but still wrestles with an 18% turnover rate. 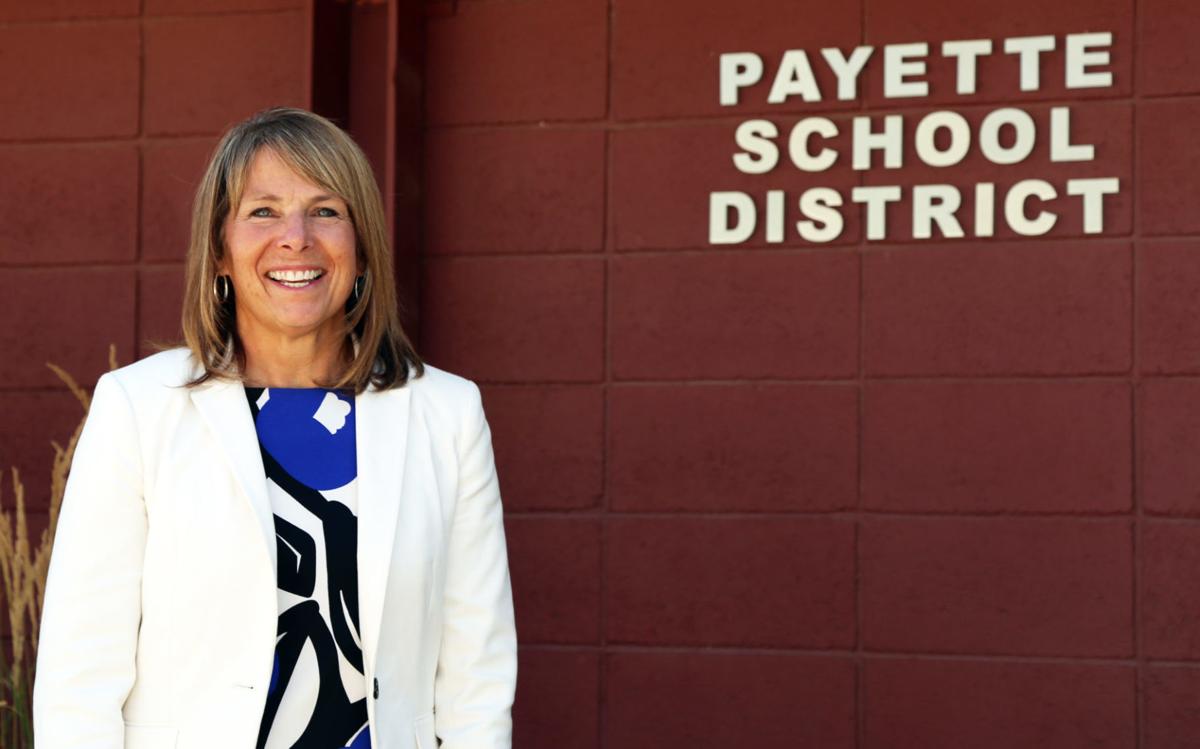 An increased minimum salary will help new teachers, but Payette School District Superintendent Robin Gilbert worries about losing classroom veterans. 'They’re the ones who are not funded well by the state.' 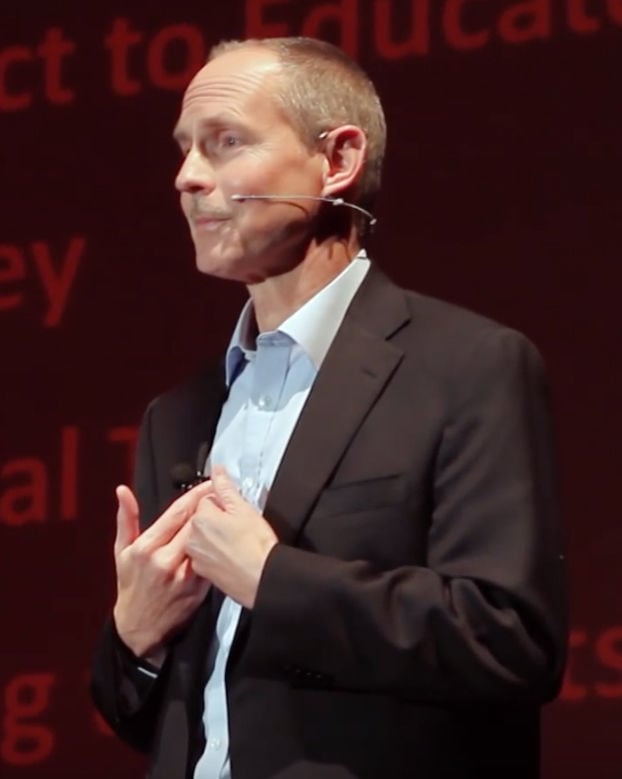 The Madison School District still contends with a 10% to 12% turnover rate — but during the Great Recession, this rate peaked at 25%. '(It was) an absolute killer,' Superintendent Geoffrey Thomas said.