BOISE — “What happened to me?” Calvin Loffer scrawled on the whiteboard he held in his hospital bed.

Carolyn Cort panicked. She wasn’t prepared for this question. How does a mother tell her teenage son he tried to take his own life? Would Calvin understand? Would he remember? She went for the direct approach.

“You shot yourself in the head,” she replied.

The first week in the intensive care unit was touch and go for Calvin. Doctors weren’t sure if the 15-year-old would survive his head injury. If he did, they didn’t know what mental or physical ability Calvin would retain.

Three years later, Calvin doesn’t remember much of those weeks. Between the pain medications and the brain injury, thoughts didn’t arrive often. When they did, they felt weak, and muted.

He doesn’t remember relearning to walk, or taking his first few steps toward his mom.

He does remember the shock of his first look in the mirror: His usually healthy frame, gaunt; his ribs pronounced, thanks to the liquid diet he sipped through a jaw wired shut; his now sightless right eye swollen to the size of a baseball.

His injury wasn’t an accident. It was a suicide attempt.

“I felt selfish about it,” Calvin said. “I could have reached out. All it would have taken was one sentence to my mom: ‘Mom, I’m not okay.’ That could have changed the entire history.”

Suicide is the second leading cause of death for Americans ages 10-34, and Idaho has one of the highest youth suicide rates in the country. For every person who dies by suicide, Mental Health America estimates there have been 25 attempts.

It is remarkable that Calvin is alive. Few people survive gunshot wounds to the head, and even fewer with the motor skills, brain function and near normal life that Calvin lives today. He left the hospital three weeks after his suicide attempt in February of 2018. He was back to school within three months.

Calvin, 18, has told his story at school mental health events and talked with teacher candidates about suicide prevention. Now a student at Boise State University, Calvin hopes he’s just begun to share his message: Mental health challenges can impact anyone.

As a tenth grader at Boise’s Sage International School, Calvin kept up in his advanced classes, and entertained his teachers and classmates. He was charming, outgoing and engaged. Instead of sticking to one group in his often segmented school, Calvin was friendly with all of his classmates and could bounce from crowd to crowd, his former French teacher Andrea Blythe said.

Blythe and Calvin bonded over their shared love of music, a tool she used to engage with students.

A few months before his suicide attempt, Calvin stopped turning in his daily French homework. His demeanor didn’t change much, Blythe said, he’d just smile, shrug and brush it off. Blythe reached out to Calvin’s mom. After she spoke with Calvin, he seemed to get back on track.

Blythe didn’t see the struggle Calvin hid under the surface: His anxiety over wanting to make an impact on the people around him; the pain of watching a close relative, an idol, relapse in a battle with addiction; and the heartache of family arguments in a home split by divorce.

Instead of addressing his feelings, Calvin said, he leaned into a relationship for comfort. Then that fell through.

“All of the sudden, your world is kind of starting to crumble around you. But I wasn’t able to honestly step back and say: OK, I need to address this,” Calvin said. “It ate away at me inside.”

Calvin hadn’t struggled with mental health to this extent before, and he didn’t tell his parents or teachers about the thoughts of suicide that started to creep in. In the days before his attempt, he sent a video to a few close friends. He was holding a gun, and the video said: “Tell me I won’t do it.”

A psychologist later described the situation to Carolyn as a major depressive episode that came on very quickly, combined with impulsiveness. Calvin doesn’t like to dwell on things he can’t change. But he hopes other teens can learn from his situation.

“You can’t be afraid to reach out,” he said. “The last thing you want to do is let those emotions bottle up inside. At some point, they’re going to overflow and it’s just going to be too much. Find somebody to talk to.”

“He changed the way I teach completely”

Blythe heard about Calvin’s attempt at 7:30 on a Monday morning. As she walked toward her 8 a.m. class, she knew that French lessons would have to take a backseat.

“It was alarming in such a way I can’t even express it,” Blythe said. She was devastated that she might have missed any indicators. And she started to wonder: “What’s going on with these students that are in the school every day who seem happy and engaged?”

That day, and in the days following, Blythe sat with her students and talked. They talked about mental health and troubles at home, about the stress of the school’s advanced curriculum and the sense of competition among students who felt judged, not by their personalities, but their accomplishments. She learned that Calvin’s friends, people who knew he was struggling, didn’t reach out for help because they didn’t want to betray his confidence.

The experience taught Blythe that French isn’t the most important subject in her class. Her students are.

“He changed the way I teach completely. The most important thing I do every day in my classroom is to show up and be there for the students and to see them — really see them,” Blythe said.

Teachers and administrators at Sage say they speak more plainly now about mental health and suicide: Tell us how you’re doing. Do you need help? Here are resources. If your friends are contemplating suicide, tell an adult.

The school also started a suicide prevention program called Sources of Strength, administrator Kali Webb said, and “Sagefort,” a week free of academics where teachers can connect with students about their passions and facilitate peer-led discussions about mental health.

Calvin spoke at the first Sagefort, less than a year after his suicide attempt. He brought pictures of himself in the hospital, and told his classmates what he’d been through.

“It was just this reminder that he was kind of re-emerging, that he had survived and is on this journey now that is really going to impact people,” Carolyn said. “It was really amazing to watch.”

“You are here for much more than this”

Two weeks after Calvin came home from the hospital, one of his friends reached out. He needed help with his own mental health.

Those conversations haven’t stopped. Classmates and acquaintances, people Calvin never would have expected, have reached out to him to talk about their own suicide attempts or challenges they’re struggling to overcome.

He considers it a duty, and a privilege, to help however he can.

“I just want people to understand that there’s so much more that can make them feel better,” Calvin said.

For Calvin, that’s music. Specifically, his favorite rapper, Phora. There’s a Phora song to celebrate the best times, like a camping trip with friends or his high school graduation. And there’s a Phora song to help him get through the hard times, too. Like last summer, when Calvin began to have seizures as a result of his traumatic brain injury, then fought off near-nightly panic attacks induced by the medication to get them under control.

The seizures, and panic attacks, have abated with a new medication. But they felt like a “kick in the door” for Calvin, reminding him of his luck. He’s recovered from the brink of death to a practically normal life. And he’s determined to make the most of it.

“That was a wake up call for me,” he said. “Like, that was the only time you get to mess up like that. You’re here for much more than this.”

For more information on warning signs of suicide, visit https://bit.ly/3daqRGE.

This story is the second in a weeklong series about youth access to mental health services in Idaho schools, funded by a grant from the Solutions Journalism Network. Over the series, Idaho Education News explores the ways some Idaho districts are helping students manage mental health and get connected to services, as well as the challenges COVID-19 posed for Idaho’s school-based mental health efforts. Read the previous story at IdahoEdNews.org.

Target and Starbucks will not require masks for fully vaccinated customers

Target and Starbucks will not require masks for fully vaccinated customers

Many workers won't return to old jobs after COVID

Many workers won't return to old jobs after COVID 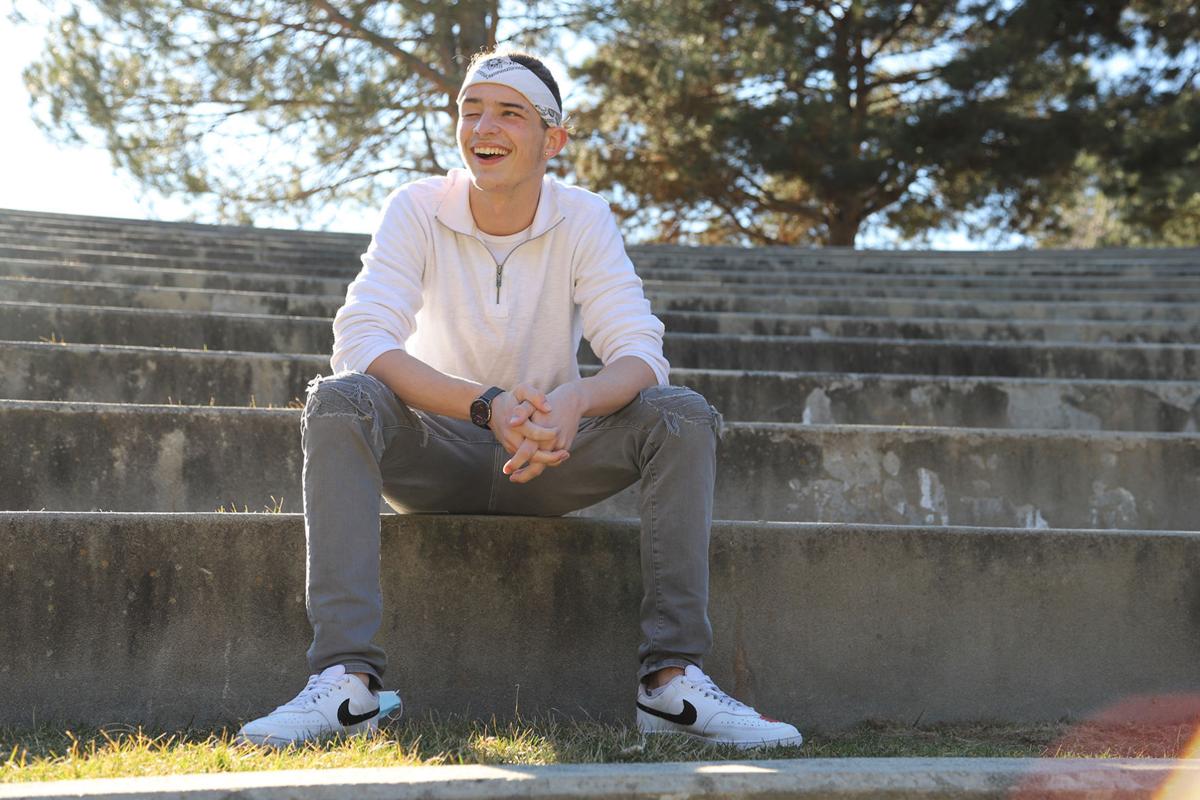 Calvin Loffer, 18, poses for a portrait at Boise State University. 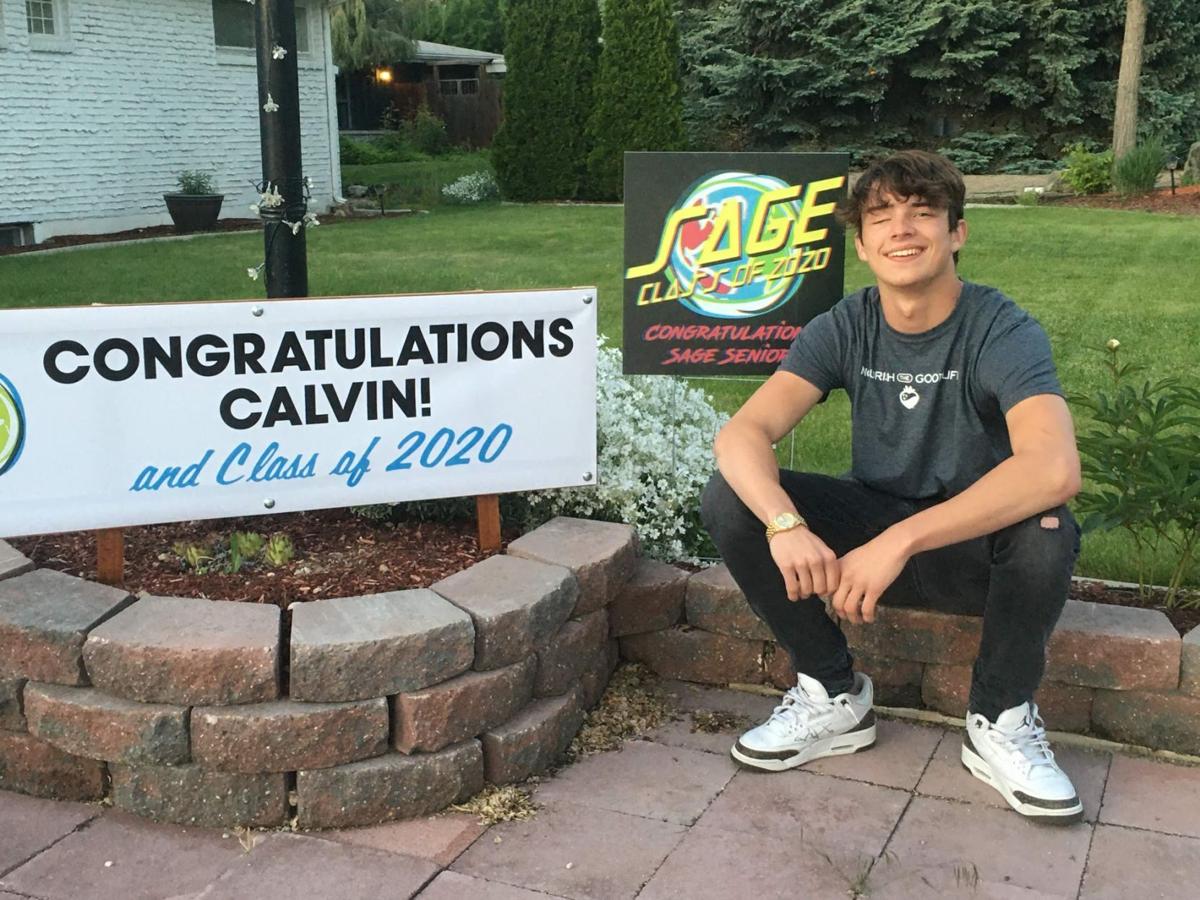 Calvin Loffer graduated from Boise’s Sage International School in the spring of 2020.