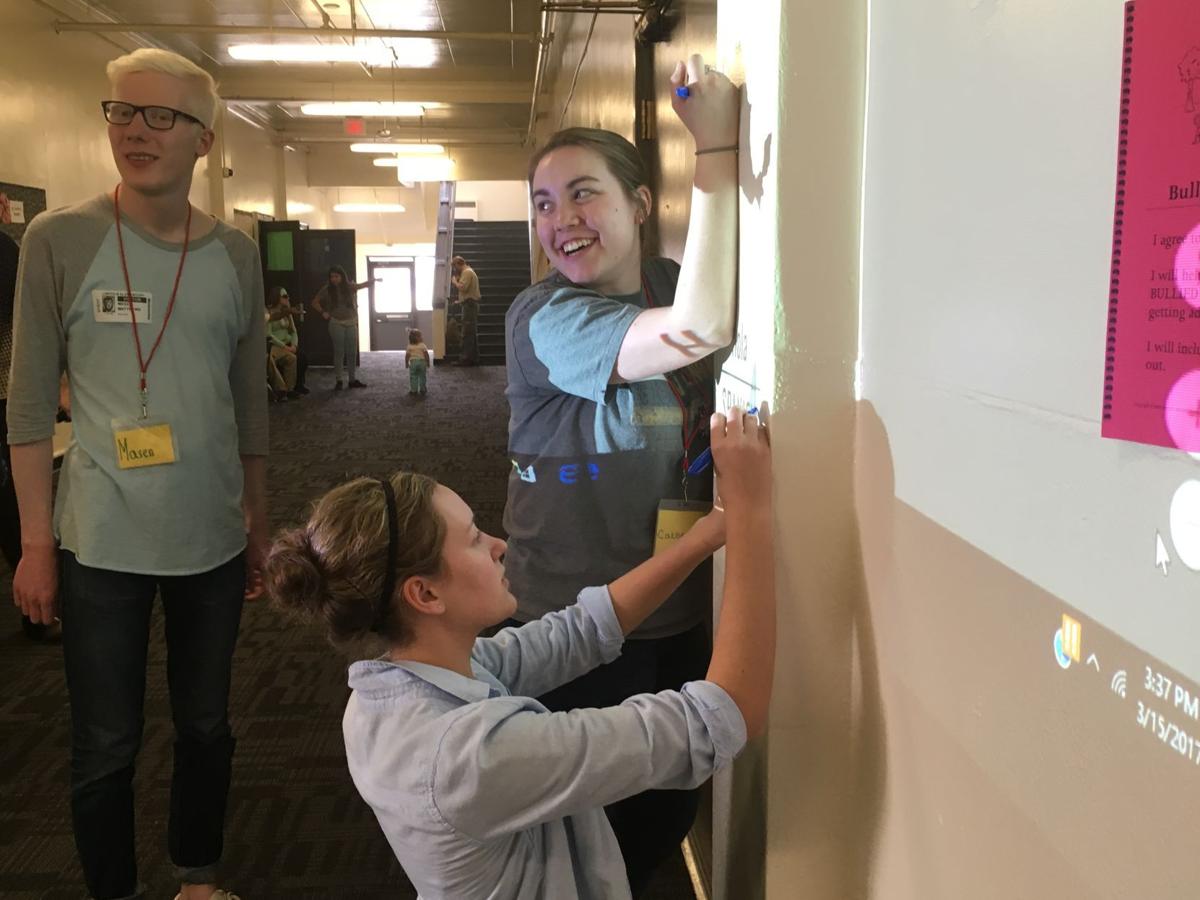 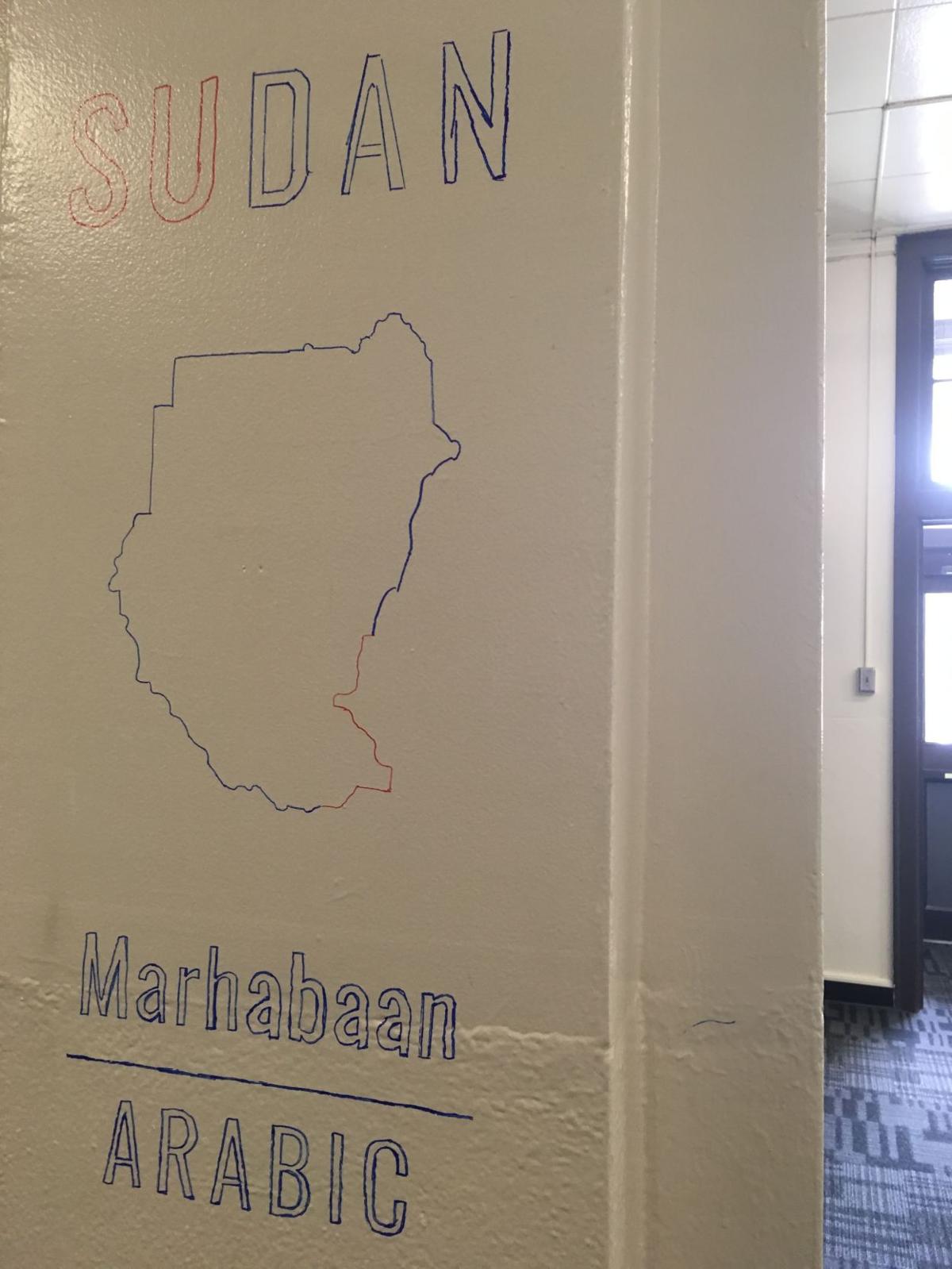 A sketch for a hallway art project is shown Wednesday at Lincoln Elementary School in Twin Falls. 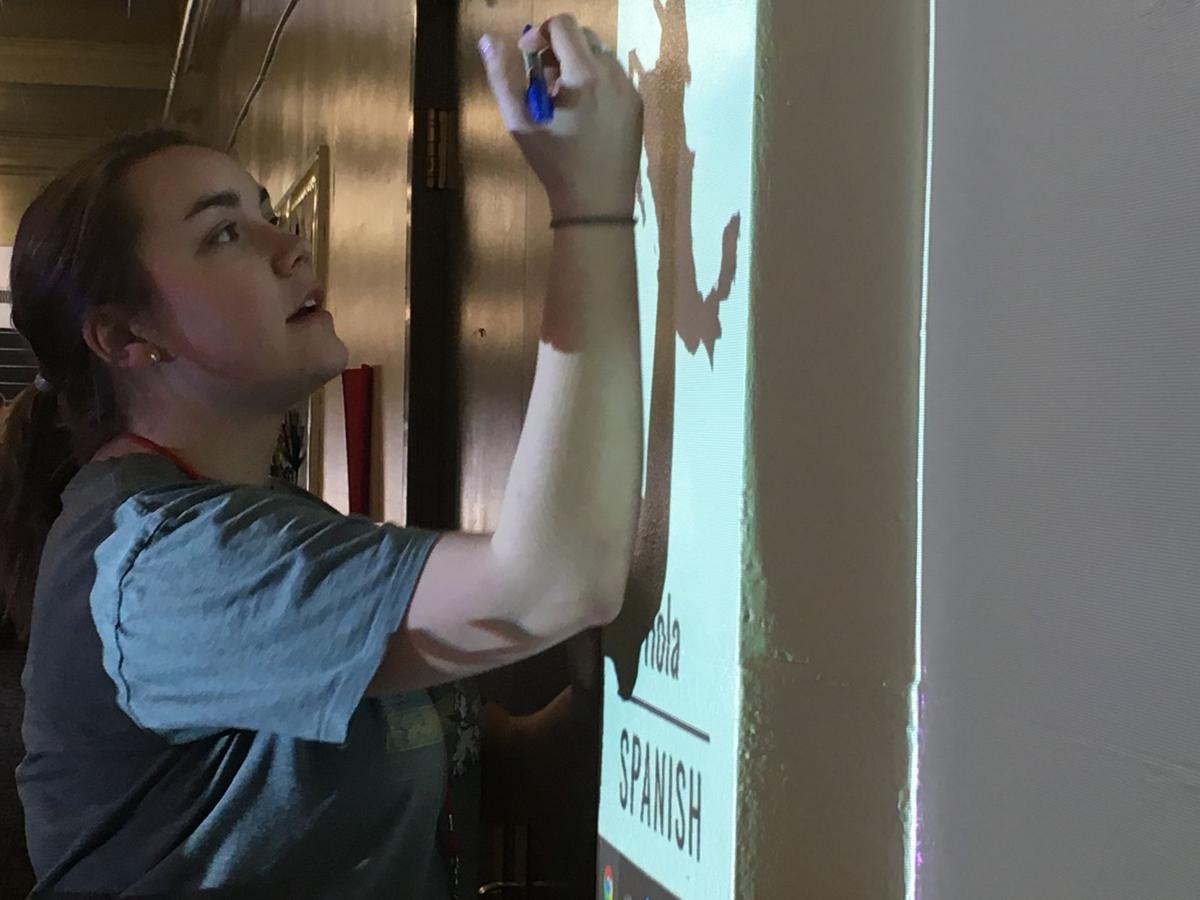 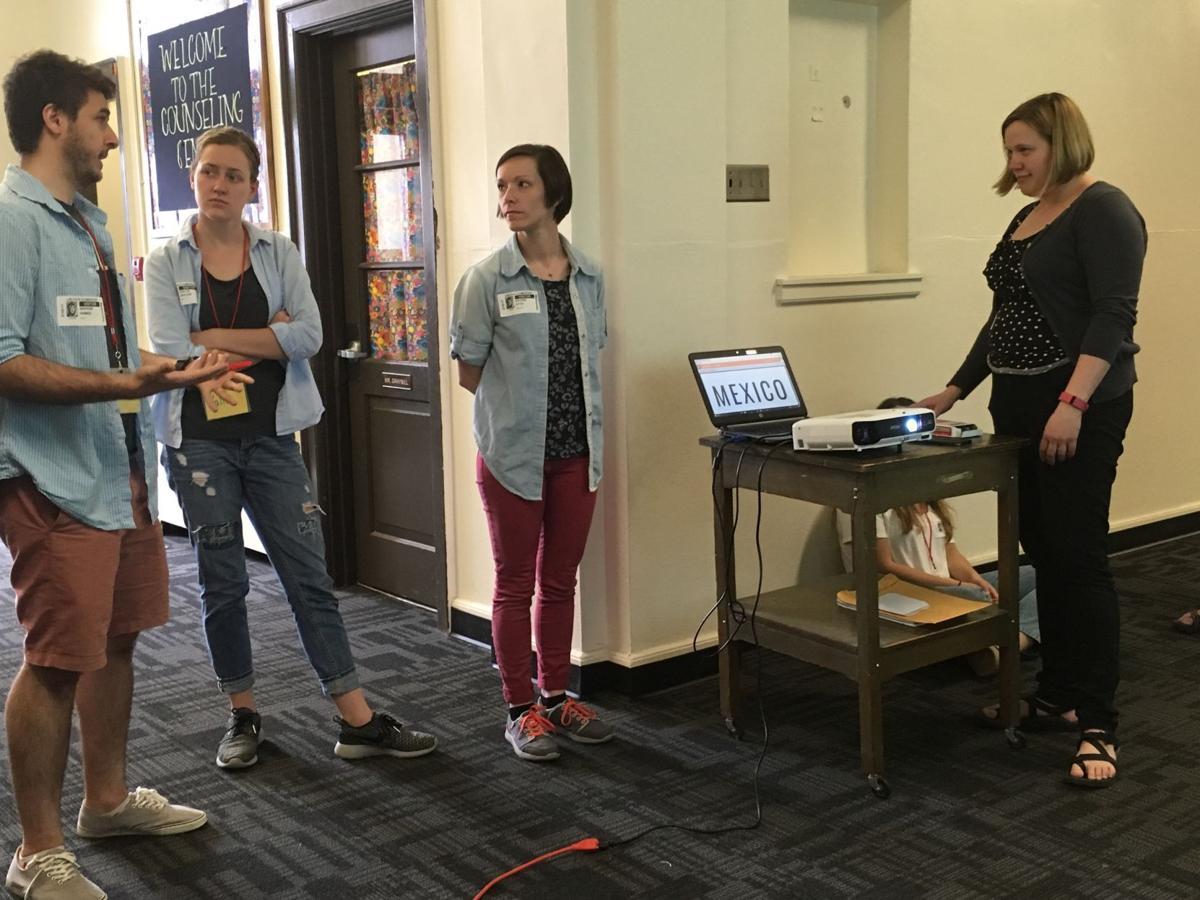 University of Idaho students talk about their ideas for a hallway art project as Jenny Reese, right, volunteer coordinator for the College of Southern Idaho Refugee Center, listens Wednesday at Lincoln Elementary School in Twin Falls.

TWIN FALLS — University of Idaho student Alaina Heuring is majoring in international studies, but meeting refugees in Twin Falls is giving her a new perspective.

“It really humanizes the whole statistics we learn in school,” the 21-year-old Boise native said.

Instead of spending her spring break on a beach or with family, Heuring is learning about how refugee resettlement agencies operate and what the integration experience is like for newcomers.

It’s the second year a UI group has helped out at the center.

On Monday, a group of children transitioned out of Newcomer Centers into their home school, Reese said. UI students were paired one-on-one with students to help them on their first day.

There’s one question the group’s student leader, 22-year-old Boise native Masen Matthews, has heard a lot this week: Is he getting any class credit for this project? The answer is no.

“We’re strictly here to volunteer, which I think is a really cool thing,” he said.

For Heuring, one highlight of this week was talking with a 20-year-old woman who’s a refugee from Rwanda.

They started chatting in English during an ESL class and “we really bonded within those four hours,” she said. They even found out they like the same music.

After college, Heuring — who graduates in May — plans to take a year off and go to law school with the goal of practicing international law. Her ultimate dream is to work for the United Nations.

For Matthews, it’s his third alternative spring break trip and his second time as a team leader. In previous years, he volunteered to help the homeless population in Atlanta and inmates at a correctional facility.

He said the group has gained an understanding this week of how refugee resettlement agencies operate, where they receive funding and “the political back and forth.”

He’s studying sociology at UI and said this trip is special because he’s interacting with the populations he has studied.

On Wednesday afternoon, UI students were split into two groups to volunteer. One helped in a classroom at Lincoln Elementary, while another worked on a project to create artwork on a wall near the Newcomer Center classrooms.

Matthews traced the word “Sudan” onto a wall, using an image displayed using a projector.

Students planned to do that for every major country where the CSI Refugee Center receives newcomers. They also planned to write “Welcome” in multiple languages along one wall.

Besides volunteering, students also had a chance to do some sightseeing this week, such as visiting Shoshone Falls and Miracle Hot Springs near Hagerman.

Once the trip ends, students will head back to classes in Moscow.

Matthews said he plans to spread awareness about refugees and fight back against stigmas associated with resettlement.

TWIN FALLS — Learning English can be challenging for newly arrived refugees in Twin Falls; but it gets even harder when work schedules won’t a…

A sketch for a hallway art project is shown Wednesday at Lincoln Elementary School in Twin Falls.

University of Idaho students talk about their ideas for a hallway art project as Jenny Reese, right, volunteer coordinator for the College of Southern Idaho Refugee Center, listens Wednesday at Lincoln Elementary School in Twin Falls.