BOISE — A woman who walked away from the South Boise Women’s Correctional Center was arrested in Rupert on July 30, the Idaho Department of Correction said.

Michelle Rene Descharme was left the prison without permission at about 6 p.m. Wednesday.

She was captured at 3:15 p.m. Thursday in Rupert by the Department of Correction’s Special Investigations Union and the Mini-Cassia Drug Task Force.

Descharme is being held at the Mini-Cassia Criminal Justice Center in Burley.

A Dietrich man was sentenced to 15 months in federal prison for illegally possessing firearms after previous convictions for felony sex and stalking offenses. 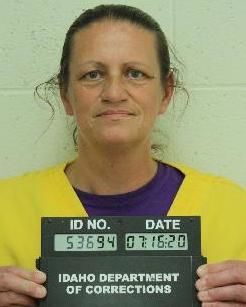