Update: The Amber Alert was canceled late Monday after the child was found safe. No other new details were released.

Eric Landeros, 34, is also involved, police said. His ethnicity is unknown, but police said, he has brown eyes and black hair. He is 5'6" and about 210 pounds.

His vehicle is a black 2008 Lexus IS-F with Arizona plates F6A4BKA.

YAKIMA, Wash. — An Amber Alert for a 15-year-old girl who didn’t return from taking the garbage outside has been extended to Idaho, police said.

Police said the girl, Angeles V. Revuelta-Buenrostro, was recently brought back from Arizona, where she was with a man who coerced her via social media. The man, Daniel B. Ovante, 36, has made threats to come take Angeles and kill her family, police said. Ovante is last known to be driving a black Ford F150 with Arizona plate BYR6257. Police said the truck has a side step and is a two-door. He has a felony warrant and is considered armed and dangerous, police said.

Angeles went outside at 11:20 a.m. Monday to take the garbage out of her home in northeast Yakima, Washington, and didn’t return inside. She is Hispanic with brown hair and brown eyes, and she is 5’5”, about 125 pounds. She was last seen wearing a blue hooded sweatshirt and torn jeans.

Ovante is Hispanic with brown hair and brown eyes. He is 5’6”, about 140 pounds.

Officials found six geese intact, with no meat taken. They believe they were killed Friday evening or early Saturday. 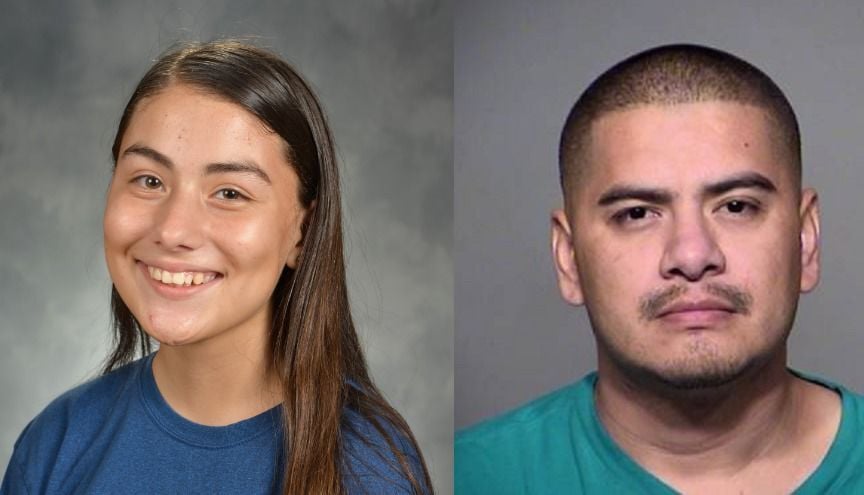 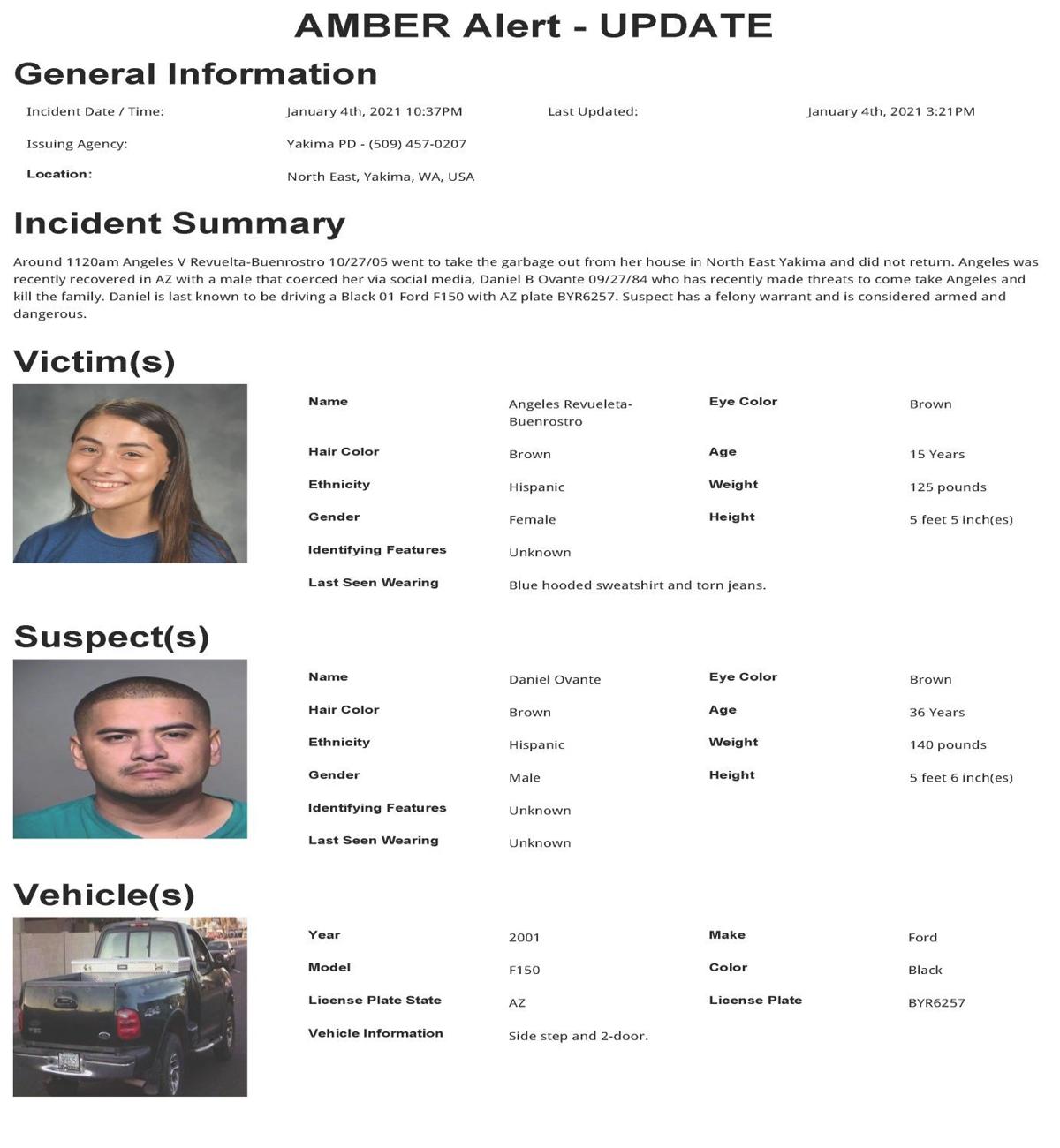