Coronavirus update: US jobless claims fall below 1 million but remain high. Get the latest.

TWIN FALLS — Police say someone draped a cross in butchered pig parts and left it at the Islamic Center of Twin Falls over the weekend. Authorities are calling it a hate crime.

About 4 feet tall, the cross was wrapped in bacon, pig’s feet and a tongue, and was left in the parking lot.

The incident is the latest in a string of vandalism at Twin Falls’ only mosque dating back to 2015, when anti-Muslim sentiments began to take hold as the community debated refugee resettlement.

Police were dispatched at 7:30 a.m. Saturday to the center at the 400 block of Addison Avenue. The center’s caretaker found the cross, Twin Falls Police Lt. Terry Thueson said Monday.

“Hate crimes such as malicious harassment are very serious and the Twin Falls Police Department takes these crimes very seriously,” Thueson said in a statement released after the Times-News first reported the incident. “The Twin Falls Police Department will do everything within our means to identify those responsible and hold them accountable. Acts such as this cannot be ignored and will not be tolerated in our community.”

No arrests have been made and a police investigation is ongoing.

Imad Eujayl, spokesman for the Islamic Center of Twin Falls, said Monday he doesn’t have a comment about the incident.

But he added: “Always we have this approach to such incidents that it was done by one person who had extreme views or does not respect other people and that’s it.”

He said he can’t apply a “broad brush stroke” to the situation.

A police officer canvassed the neighborhood near the Islamic Center on Saturday, talking with neighbors and checking to see if a pig carcass was left in the area. Under the rules of Islam, Muslims abstain from eating pork.

Police ask anyone with information about suspicious vehicles or activity in center’s parking lot on Friday night or early Saturday morning to call the police at 208-735-4357.

The Council on American-Islamic Relations released a statement Monday calling on state and federal law enforcement to investigate the incident as a hate crime.

The council is the nation’s largest Muslim civil rights and advocacy organization.

“Local, state and federal law enforcement authorities should investigate the apparent bias motive for this act of religious bigotry and intimidation targeting an American house of worship,” spokesman Ibrahim Hooper said in the statement.

The organization said in the statement it has “witnessed an unprecedented increase in hate incidents targeting American Muslims and members of other minority groups since the election of Donald Trump.”

The Islamic Center of Twin Falls and its members have received other threats in recent years. In 2015, the words “Hunt Camp?” were written in gray spray paint across plywood boards covering windows at the center. Japanese-Americans were imprisoned at the southern Idaho camp during World War II.

Earlier that year, about 10 members of the Islamic Center — and their non-Muslim neighbors — received letters in the mail with two typed pages with passages from the Quran, and directly below them, passages from the Bible.

A center spokesman told the Times-News in 2015 he felt the letters were a form of harassment. He said he suspected someone went through the phone book and picked out Muslim-sounding names to target.

Our View: Wringing good out of evil

On Sept. 18, 1963, Dr. Martin Luther King Jr. gave the eulogy at the funeral for three of the four girls killed in the bombing of the Sixteent…

A group of 19 high school students from five different countries came together this fall to form a successful boys soccer team in Twin Falls.

A peek inside: Alsinbad Smoke Shop and Mediterranean Market

TWIN FALLS — Firas Alsaedi doesn’t use pharmaceutical drugs. And for many non-serious health conditions, he can recommend a few alternative me…

Police: No arrests in cross draped in pig parts at Islamic Center

TWIN FALLS — An investigation continues into what Twin Falls police are describing as a hate crime at the Islamic Center of Twin Falls.

UPDATE: 'God is Dead' vandalism at Twin Falls chapel being investigated as a hate crime

TWIN FALLS — Someone has vandalized The Church of Jesus Christ of Latter-day Saints chapel on Harrison Street, painting the words “God is Dead… 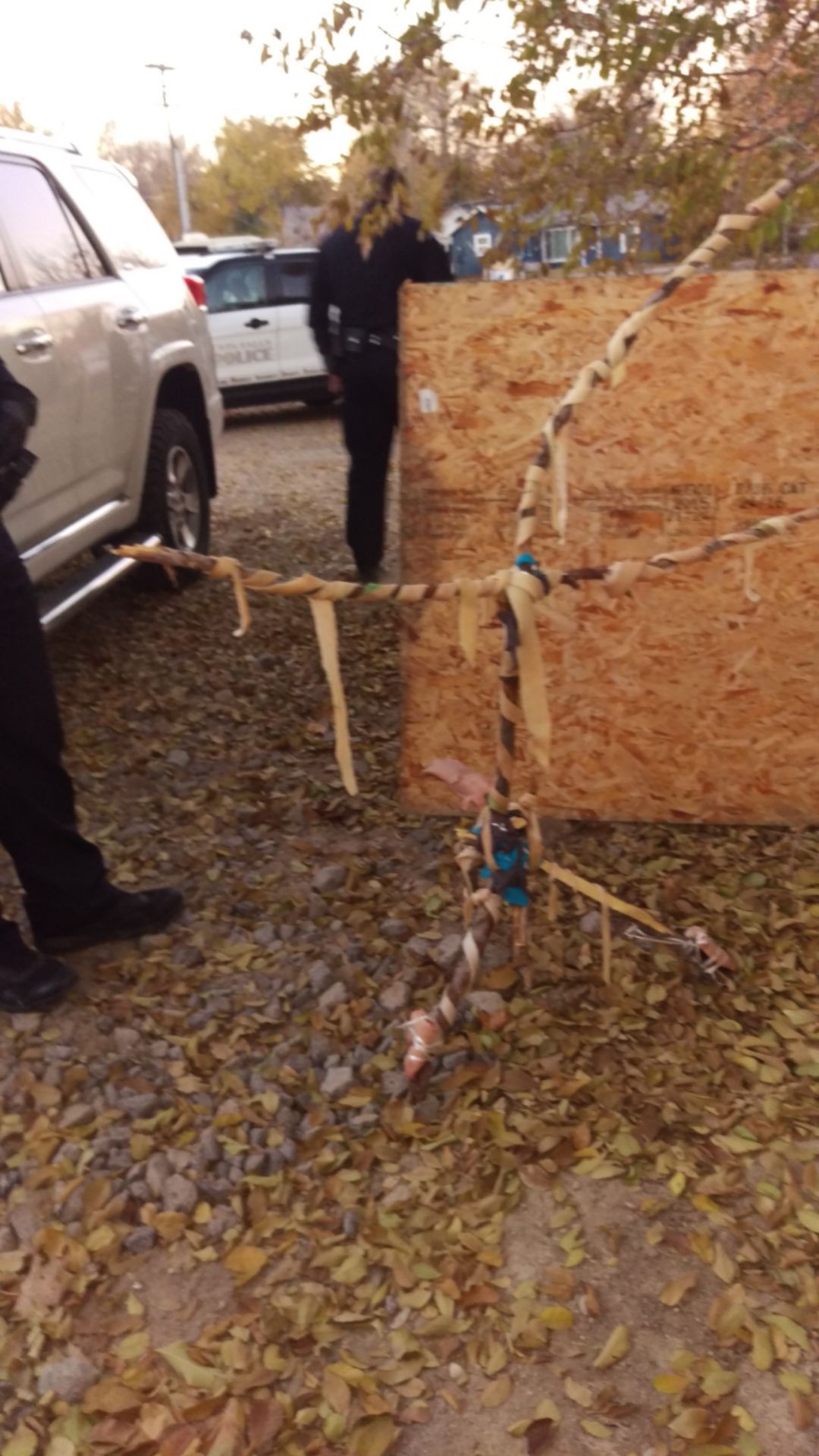 This Oct. 28 photo shows a cross wrapped in bacon with a pig’s feet and tongue left in the parking lot of the Islamic Center of Twin Falls. 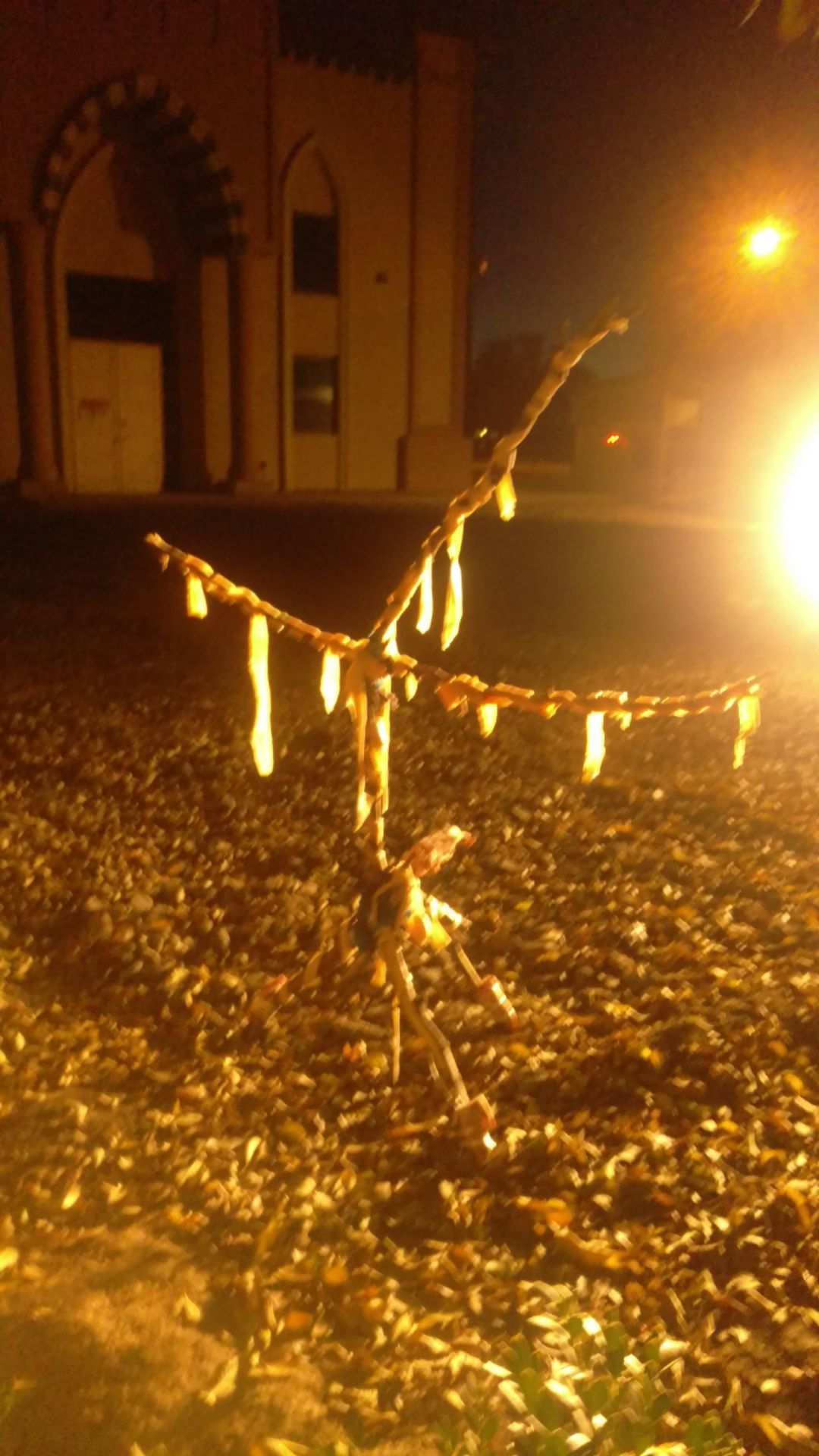 This Saturday, Oct. 28, 2017 photo shows a cross wrapped in bacon with a pig’s feet and tongue left in the parking lot of the Islamic Center of Twin Falls.