TWIN FALLS — Six people were taken to hospitals after a crash that closed Blue Lakes Boulevard for about four hours Friday night.

The crash involved four vehicles and a total of nine people, Twin Falls Fire Battalion Chief Eric Schmitz said. Five of the people were taken to a local hospital and one was flown to a Boise hospital by Air St. Luke’s.

“It was a pretty chaotic scene with significant injuries,” Schmitz said.

Emergency responders had to take the doors off all of the vehicles to get people out, he said.

The crash happened at about 6 p.m. when Cedric Mitchell, 34, of Twin Falls, was driving west on Heyburn Avenue in a 2007 GMC Sierra 1500 and rear-ended a 1997 Dodge 1500 that was stopped at the intersection with Blue Lakes Boulevard, Idaho State Police said in a Saturday statement.

The crash pushed the Dodge 1500 into the intersection, where it hit a 2016 Nissan Frontier, ISP said. All three vehicles then collided with a 2005 Ford Mustang.

The other juvenile passenger in the Nissan and the two people in the Mustang, Harley Gridley, 25, of Belgrade, Montana, and Michael Fischkelta, 27, of Jerome, were not taken to hospitals, ISP said.

The roads were closed for about four hours, ISP said.

The driver who started a fatal four-vehicle crash in Twin Falls has been charged in Ada County with one count of battery against health care workers. 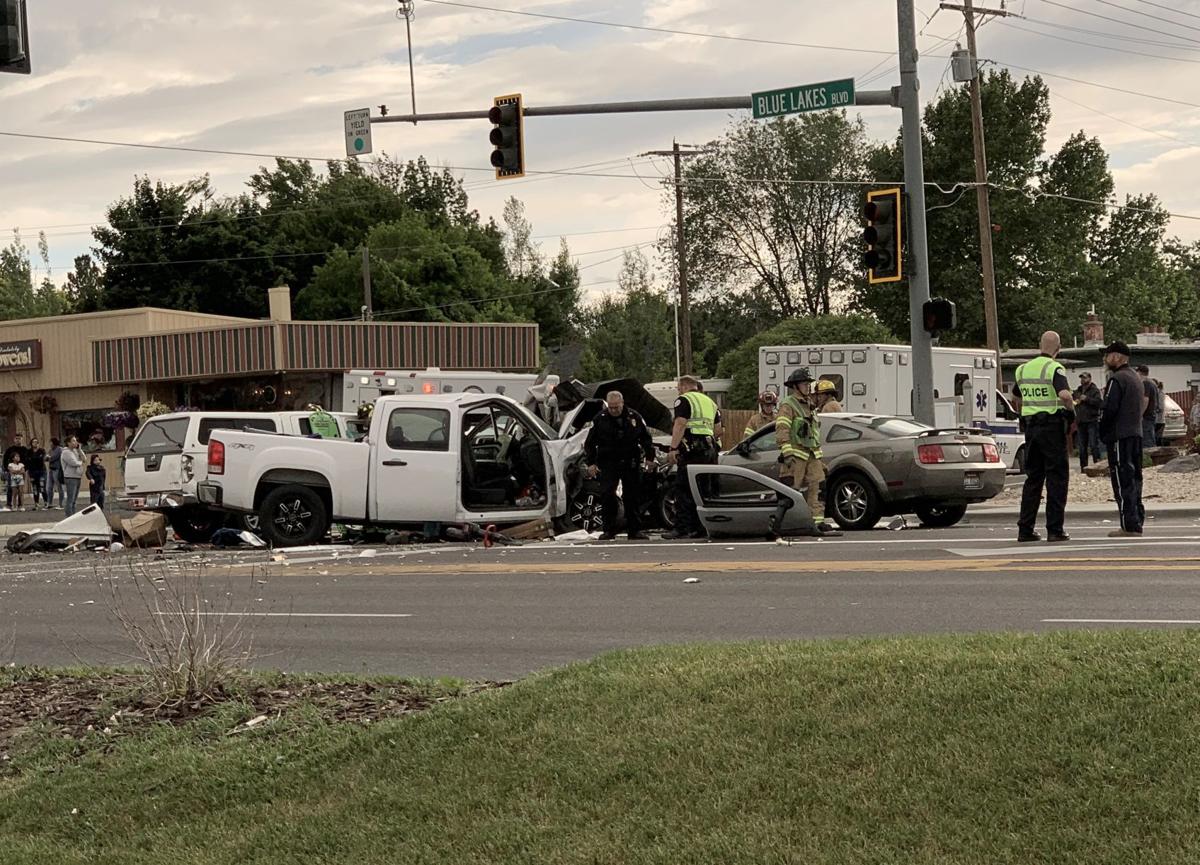 A deadly crash on June 7 involved four vehicles and a total of nine people on Heyburn Avenue and Blue Lakes Boulevard North in Twin Falls. The accident killed one woman and severely injured her husband. 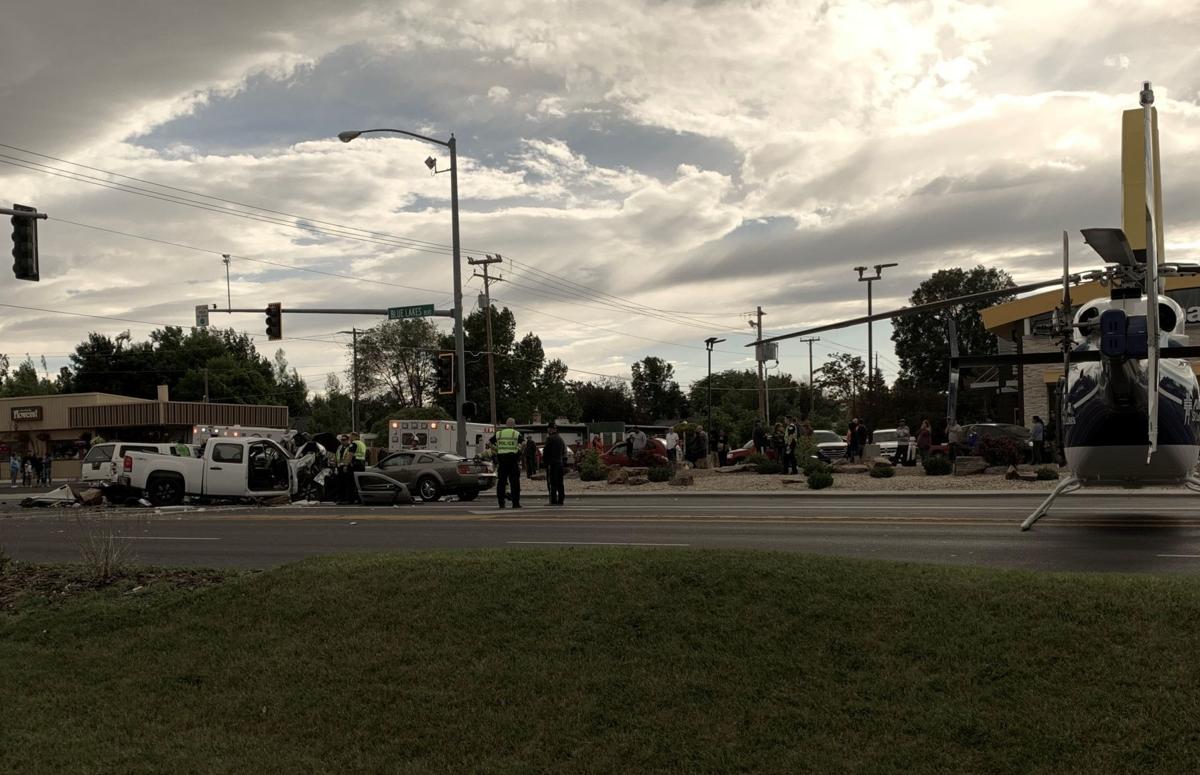