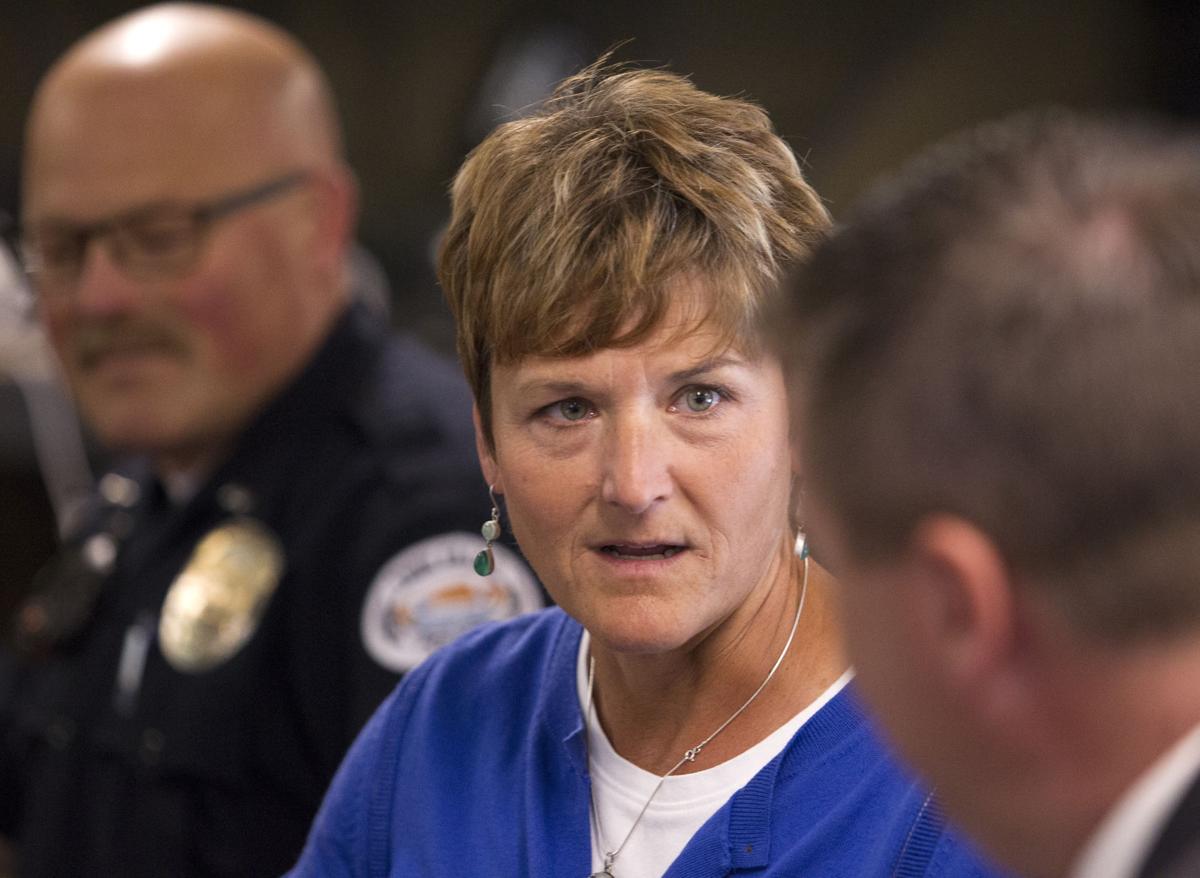 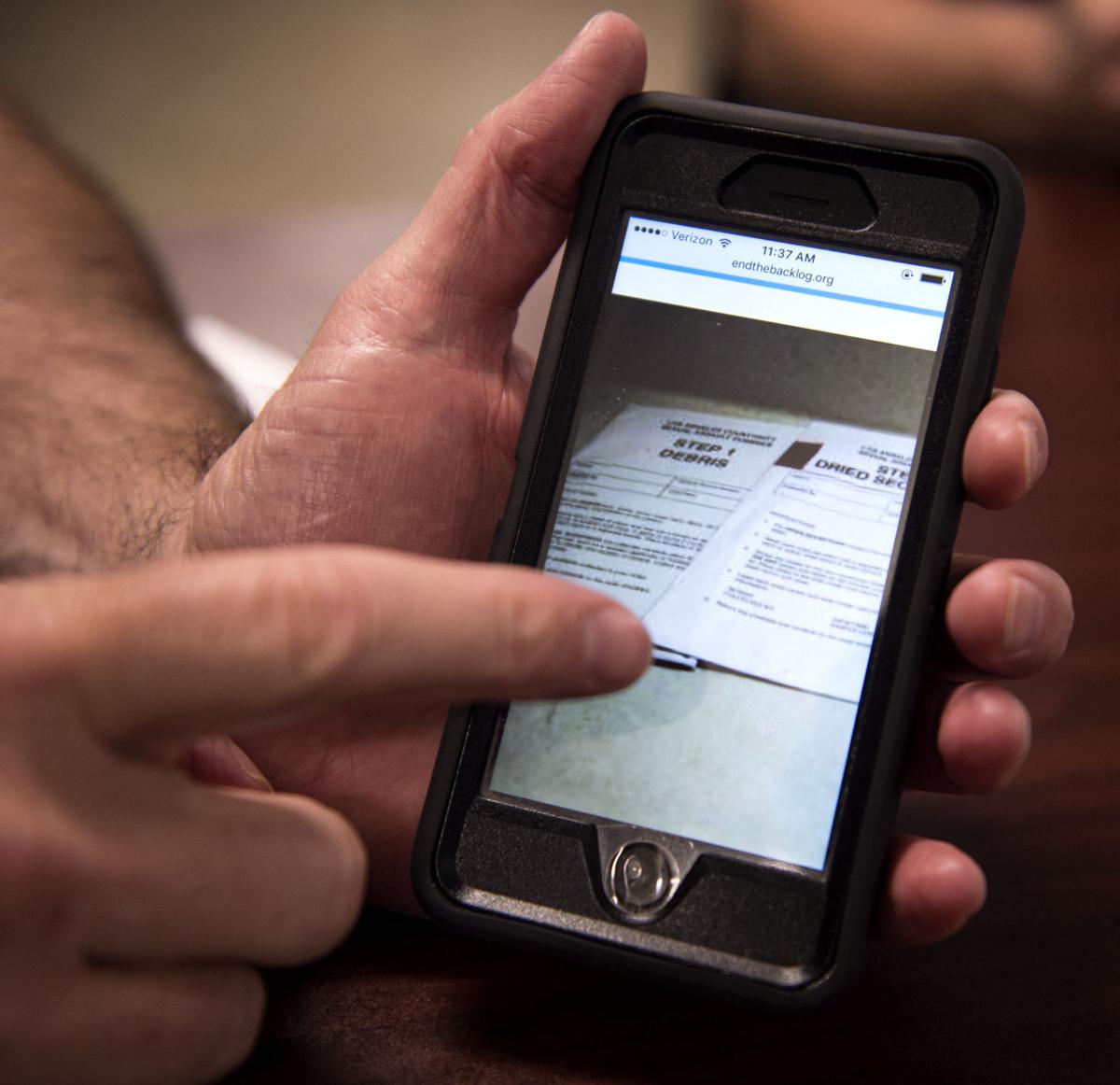 Lieutenant John Wilson shows what a rape kit consists of on his phone June 5, 2017, in Twin Falls. 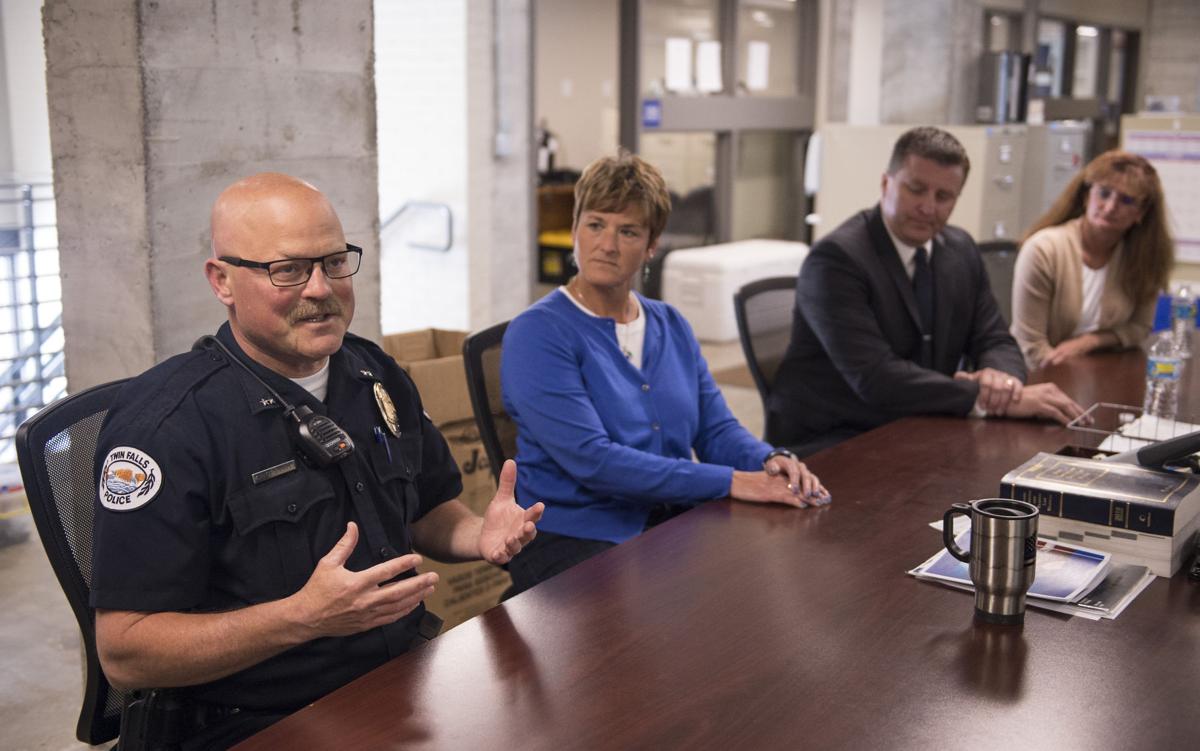 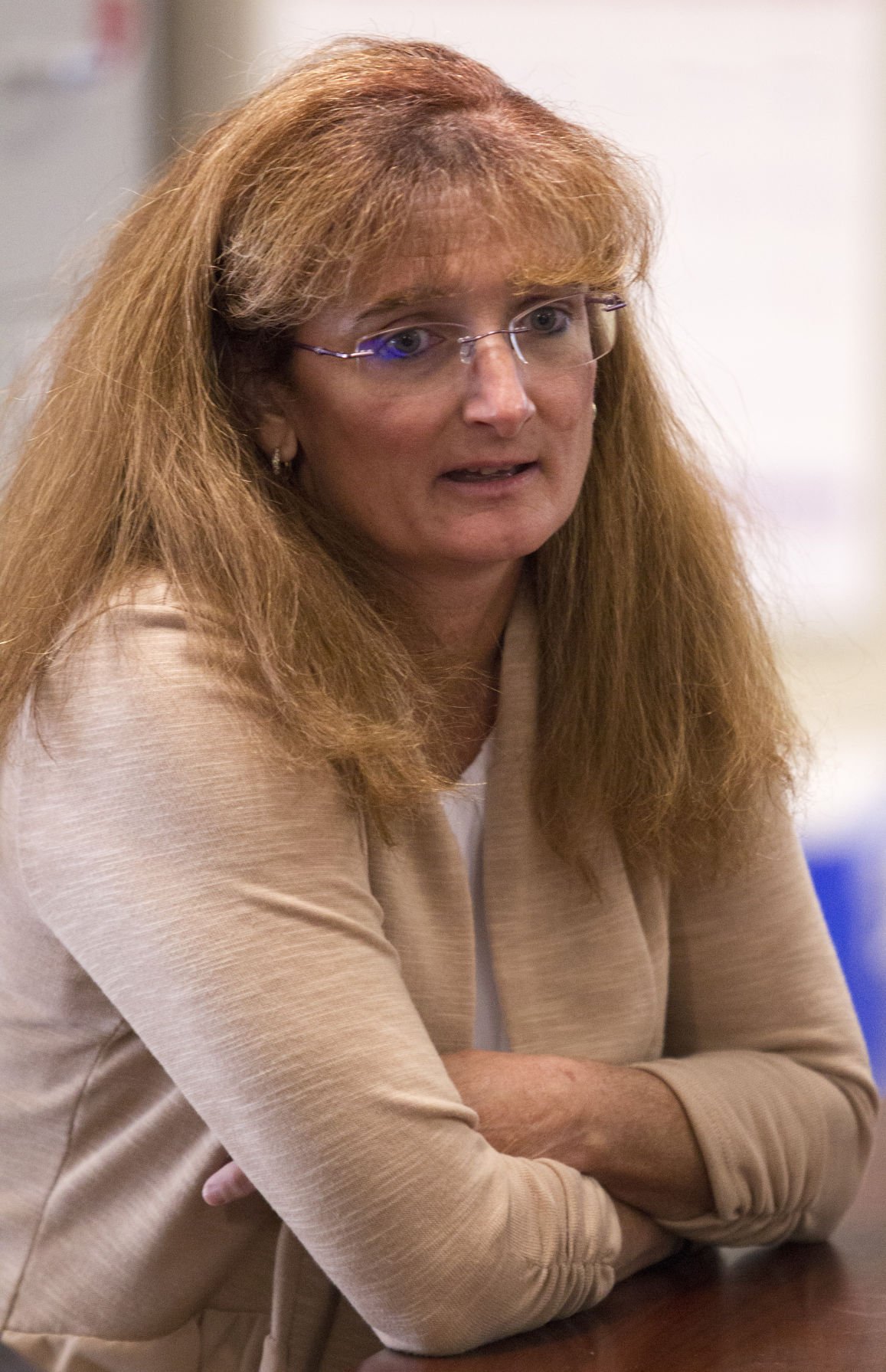 TWIN FALLS — Most studies of sexual assault have found it is a very common and under-reported crime. Going on statistical averages, about 130,000 women in Idaho have likely been the victims of an attempted or completed sexual assault.

Wintrow has sponsored legislation for the past two sessions to improve the way sexual assault kits are tested and retained in Idaho. The bill that passed in 2016 set guidelines on how quickly rape kits have to be tested and also established a first-in-the-nation statewide tracking system where victims can follow where in the process their kits are, while the one that passed this year and takes effect July 1 would require kits to be kept for 55 years in most cases.

Monday, she was in Twin Falls to visit with Chief Craig Kingsbury and his staff, to review the implementation of the new law and learn more about the changes Kingsbury has been trying to make to better serve sexual assault victims. Kingsbury was a strong supporter of the bill that passed this year, testifying in favor of it at the Legislature, and as chief in Nampa not long before coming to Twin Falls he made some changes to the way rape kits were handled there in response to concerns about low testing rates. Wintrow plans to visit police departments elsewhere in the state, but she came to Twin Falls first at Kingsbury’s invitation.

Kingsbury said the new law wouldn’t result in any immediate changes in how the department does business.

“We have already started abiding by the new law,” he said.

Kingsbury’s focus has been on creating a culture at the department of “beginning by believing,” as Sgt. Chuck Garner put it, to provide support to sexual assault victims and avoid re-traumatizing them.

“We want to be empathetic,” Garner said. “Even if we can’t give someone a remedy through the criminal justice process ... (we) want them to know we care.”

Police officers, said Lt. John Wilson, are trained to look at a crime for the perspective of gathering evidence and whether they can build a prosecutable case. Thinking about it in terms of “what we can do to help this victim” can require a change in thinking, he said.

Part of this, Kingsbury said, is making sure everyone involved in the process approaches each call with the attitude of believing the victim. Changes in body language, he said, can send a message as to whether you believe someone’s story or take it seriously. Part of it is making sure sexual assault victims get the counselling and services they need. Part of it is avoiding re-victimizing them by forcing them to repeat their story as few times as possible. Part of it, Kingsbury said, is just repeating the slogan until it becomes ingrained.

Kingsbury said the City Council has been supportive of his efforts. One step they took last year was adding money to the city’s budget to hire a victim services coordinator.

“I believe we’ve lacking here at the city level for victims,” said Victim Services Coordinator Kim Burkhalter. “It’s my job to make sure they feel safe coming here and can talk to law enforcement openly without being re-victimized.”

Wintrow isn’t done looking for ways to improve how Idaho handles sexual assault cases. A couple of weeks ago, she started looking into a case in northern Idaho where a woman was apparently erroneously billed $400 to get her sexual assault kit tested.

Current rules, Wintrow said, require the cost of testing a kit to be billed to insurance if it is readily available. Wintrow doesn’t believe a sexual assault victim should ever be billed for getting a kit tested, and that while there are some changes to the ISP’s protocols that could address the issue partially, “the billing procedure is a bigger question.” She said she wants to put together a working group to study the question and figure out what recommendations could realistically be put forth to the Legislature.

“That’s a criminal justice procedure,” she said. “At the very least, the state should figure out how to do that.”

BOISE — “We have to start by believing.”

BOISE • Idaho lawmakers signed off on a statewide system for collecting and tracking DNA evidence of sexual assault Tuesday, despite objection…

BOISE • A law to speed up testing of sexual assault evidence kits passed a Senate committee unanimously Monday and is heading to the full Senate.

NAMPA (AP)• The Nampa Police Department plans to change the way it handles sexual assault kits in the wake of concerns over low testing rates.

NAMPA (AP)• Dozens of rape kits in southwestern Idaho have not been sent to labs for testing, but officials remain torn if anything should be …

Forum brings domestic violence out of the shadows

TWIN FALLS — The topic of domestic violence was center stage Tuesday night at a forum aiming to break the cycle of silence.

TWIN FALLS — The city of Twin Falls is looking to hire a victim services coordinator.

Council weighing how much to raise city taxes

TWIN FALLS — Twin Falls’ city property tax rate could increase by up to 30 cents per $1,000 in assessed value next year, depending on what the…

TWIN FALLS — Police chiefs from all over the state came to town this week for the Idaho Chiefs of Police Association Fall Conference.

Lieutenant John Wilson shows what a rape kit consists of on his phone June 5, 2017, in Twin Falls.