TWIN FALLS — A couple remains behind bars and will be sent to District Court after evidence was presented Friday at their preliminary hearing.

Christopher Herrera is accused of forcibly removing a lock on a glass case in the Walmart automotive department, then taking electronics from that case, court documents say.

During the investigation, Christopher Herrera admitted to removing the lock.

Other video clips Misseldine showed the court showed Helena Herrera leaving Walmart with a stroller covered by a blanket, and the alarm system at the doorway activating.

The missing merchandise was worth more than $1,000 and has never been recovered, testimony indicated.

Tim Williams, representing Helena Herrera, argued against the charges being bound over to District Court.

“There are a number of problems with this,” Williams said. “There’s a dearth of evidence.”

Williams was especially troubled that no visible evidence was presented showing the allegedly stolen items being removed from the store by the Herreras.

Kershaw, however, moved forward with that order.

He said Christopher Herrera clearly removed the lock on the case with the intention of stealing the electronics.

As for Helena Herrera, Kershaw said the evidence indicates she left the store with the electronics in the stroller, set off the alarm, and never hesitated one step, continuing out to the parking lot.

Hearing dates for the couple’s arraignment in District Court will be set in the weeks to come.

"She is the kind of coworker others want when they are having a bad day and need a little help, or a shoulder to cry on." 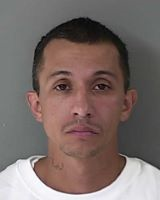 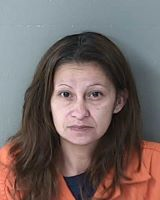