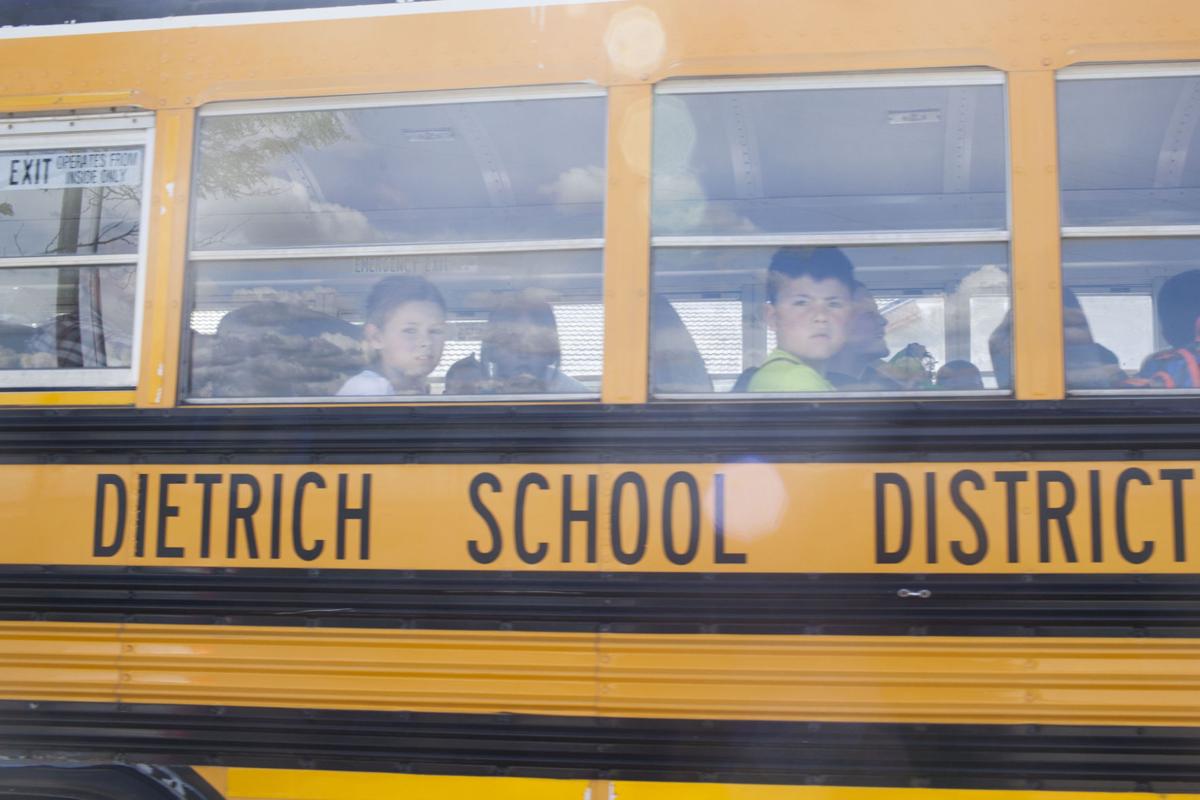 School buses arrive at the Church of Jesus Christ of Latter-day Saints on Wednesday, May 25, in Dietrich. Dietrich School was put on lockdown earlier in the day. 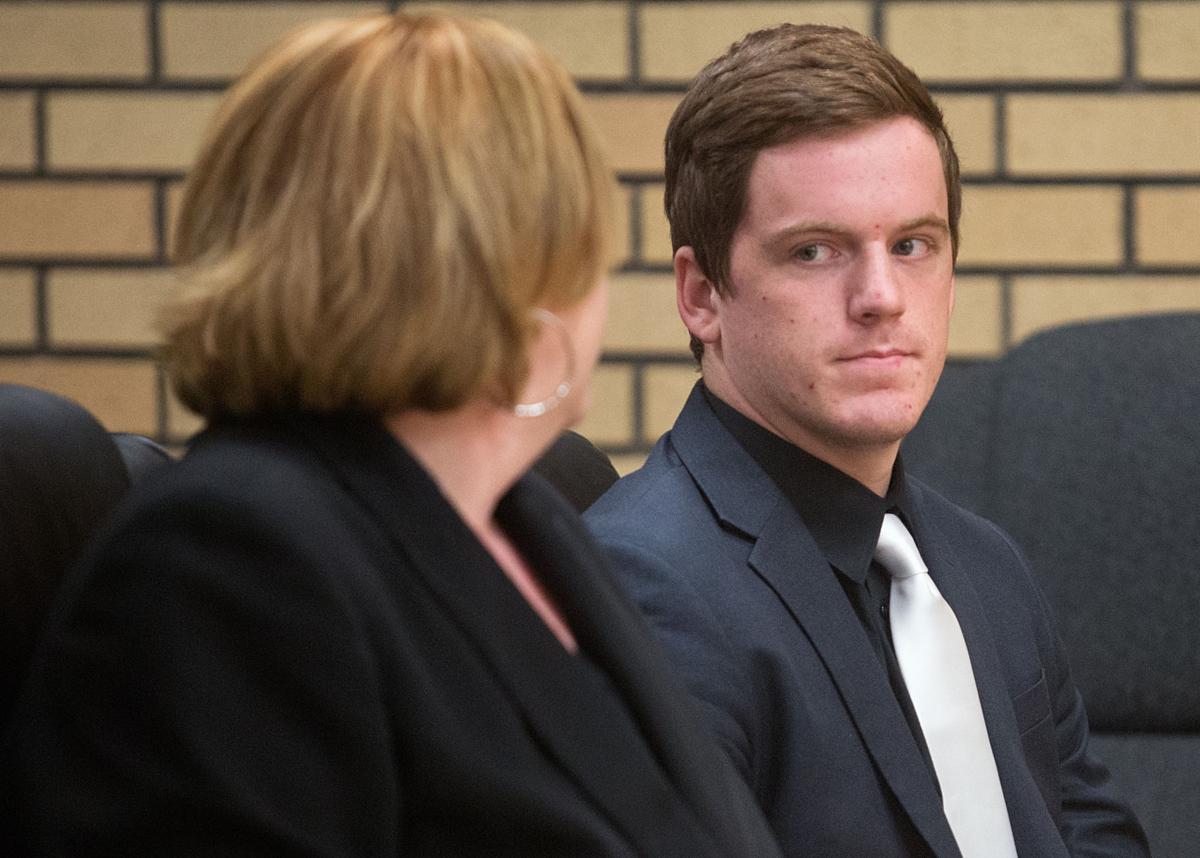 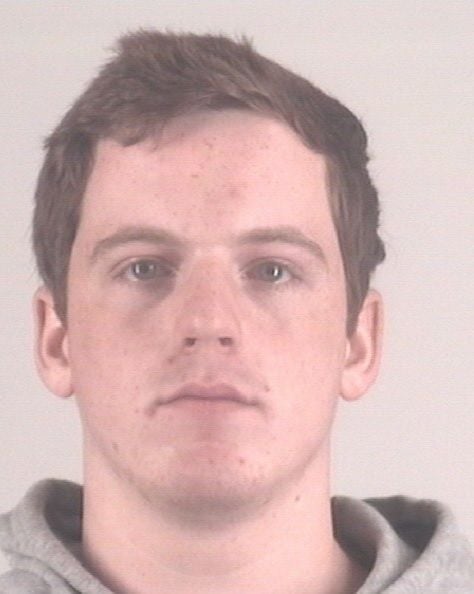 DIETRICH — The criminal case of a black, mentally disabled student who was attacked in a Dietrich football locker room by several teammates is set to conclude Friday.

John R.K Howard, 19, of Keller, Tex., will be sentenced in Twin Falls. He pleaded guilty in December to felony injury to a child, though by entering an Alford plea, he maintained his innocence while acknowledging prosecutors could have won a conviction at trial.

District Judge Randy Stoker has agreed to sentence the teen to two or three years of probation and up to 300 hours of community service. But Howard will avoid jail and prison and could have the conviction dismissed if he successfully completes the probation.

The following is a timeline of key events from the day of the attack until Howard’s sentencing:

Oct. 30, 2015: The school district investigation concludes it was “more likely than not“ that the victim in the case was sexually assaulted with a hanger. The investigation includes interviews with 30 football players, coaches and parents and finds “evidence of misconduct among students that (included) sexual harassment, bullying behavior, and sexual assault.”

Nov. 9, 2015: Hardcastle and Shaw send a letter to Dietrich parents addressing the allegations. It says they are cooperating with law enforcement and following proper protocol.

March 4, 2016: Deputy Attorney General Brenda Bauges files charges against three football players. One teen is charged as a juvenile and his case remains sealed throughout the proceedings. Ward, though 16 when the incident occurred, is charged as an adult based on a mandatory Idaho statute. He’s accused of a felony count of forcible penetration by use of a foreign object. A warrant on the same felony charge is issued for Howard, who returned to his home state of Texas upon his expulsion. Magistrate Judge Mark Ingram, at the request of Bauges, seals almost all documents in the case.

March 18, 2016: Ward and the juvenile appear in Lincoln County Magistrate Court for the first time, though the juvenile’s hearing is not open to the public. Ward is arraigned and ordered not to have contact with the victim.

April 22, 2016: Howard appears in court for the first time to be arraigned on the same day of Ward’s preliminary hearing. The victim takes the witness stand during the preliminary hearing and testifies that the teammate charged as the juvenile lured him into a hug, Ward assaulted him with the hanger and Howard kicked the hanger.

May 13, 2016: Attorneys Keith Roark and Lee Schlender file a $10 million civil lawsuit in U.S. District Court on behalf of the victim in the criminal case. The suit seeks damages and accuses school district administrators and football coaches of ignoring months of “harassment, racial discrimination, mental and physical assault and battery” that culminated in the locker room attack.

May 25, 2016: The day news of the civil lawsuit breaks, the victim’s sister visits Dietrich School to check on the well-being of her brother and father. But after the school received threats of violence throughout the day, the school is locked down after the sister enters the school without checking in.

June 9, 2016: Lawyers for the school district respond to the civil suit, denying all claims that school administrators and football coaches knew about or ignored the alleged harassment.

July 29, 2016: Howard waives his preliminary hearing and is bound over to district court on the forcible penetration charge.

Aug. 30, 2016: District Judge John Butler dismisses the felony charge against Ward pursuant to plea negotiations between Ward’s attorney, Michael Wood, and Deputy Attorney General Casey Hemmer, who took over prosecutorial duties from Bauges. Hemmer announces in court that his office has filed a juvenile charge against Ward. The juvenile case is sealed.

Sep. 6, 2016: Howard pleads not guilty in district court to the felony charge of forcible sexual penetration by the use of a foreign object. Because Howard was 18 at the time of the attack, he does not have the option of pleading his case into juvenile court like Ward.

Sep. 22, 2016: Details of the school district’s investigation are outlined in court documents filed by the victim’s lawyers in the civil case.

Oct. 25, 2016: Hemmer and Calbo meet with District Judge Randy Stoker in chambers. The hearing is closed to the public, but it’s apparent the lawyers were working on Howard’s plea bargain at the time.

Dec. 16, 2016: Howard pleads guilty through an Alford plea to a felony count of injury to child, a lesser crime than his original charge. Hemmer tells Stoker the hanger incident wasn’t a sex crime and was not racially motivated. Stoker binds himself to a sentence of two to three years probation with withheld judgment, meaning Howard can have the conviction cleared from his record upon successful completion of his probation.

Dec. 21, 2016: Outrage builds following Howard’s plea hearing, with several national columnists opining on the case. The Idaho Coalition Against Sexual and Domestic Violence demands a statement from Attorney General Lawrence Wasden. Howard’s attorney, Calbo, later tells the Times-News that his office, Hemmer and others received death threats during this time, including one threat that forces a lawyer and his family out of their home on Christmas Eve.

Monday: The NAACP issues a statement demanding that U.S. Attorney Wendy Olson review the attorney general’s investigation. Olson on Thursday tells the Times-News her office still has “an open matter” regarding the case and is assessing the next steps to take.

Friday: Howard is scheduled to be sentenced.

This human skull was mysteriously found in an Italian cave

Beirut explosion: 'There are lots of patients suffering from anxiety, depression and PTSD'

Beirut explosion: 'There are lots of patients suffering from anxiety, depression and PTSD'

UPDATE: Detained Sister of Boy at Center of Dietrich Rape Case: 'What Did I Do Wrong?'

School buses arrive at the Church of Jesus Christ of Latter-day Saints on Wednesday, May 25, in Dietrich. Dietrich School was put on lockdown earlier in the day.